Michael B. Jordan explains why he went Instagram-Official with girlfriend Lori Harvey 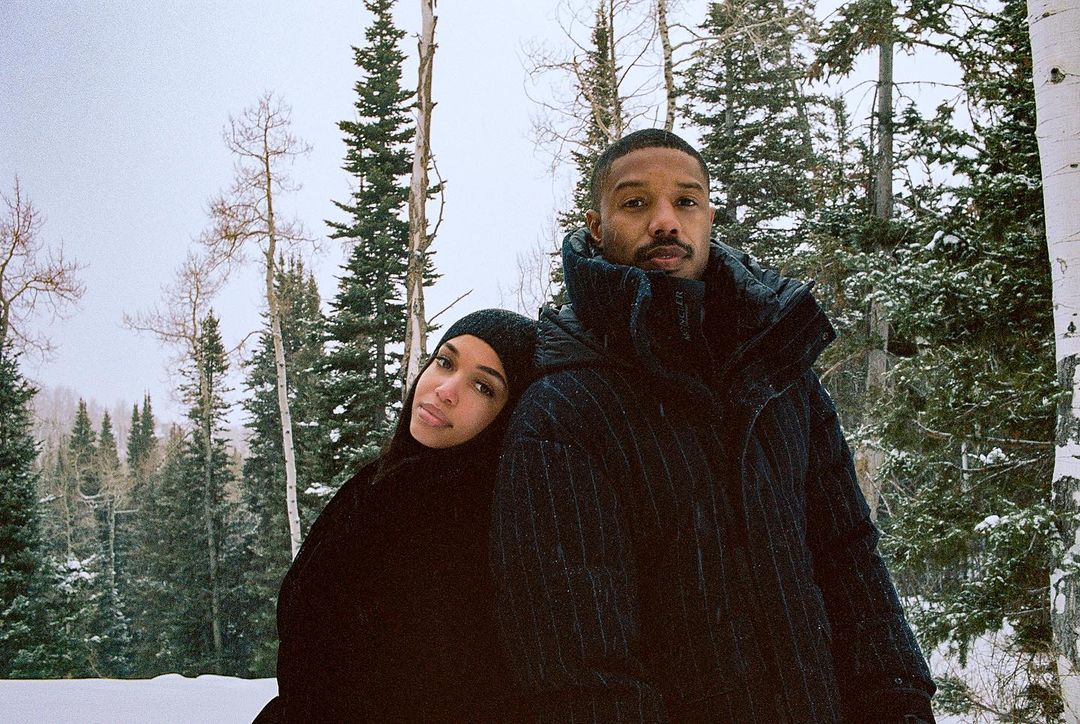 I think I’m so fascinated by Michael B. Jordan and Lori Harvey’s relationship because MBJ was becoming something like a George Clooney-esque “eligible bachelor” figure. MBJ had definitely taken up that mantle, the JFK Jr, the Clooney mantle of being hot, single, free and ready to mingle. And then last fall, he took up with Lori Harvey and nothing has ever been the same since! MBJ is in love and he’s the one making it super-official on Instagram and everywhere else. Lori has this man so enamored that he’s giving interviews to People Mag about why he’s being so public with Lori.

Michael B. Jordan is happier than ever — and he’s not afraid to show it! The actor, who next stars in Tom Clancy’s Without Remorse (out on Amazon Prime Video April 30), has been showing off his love with Lori Harvey on social media ever since they confirmed their relationship earlier this year. It’s the first time Jordan, 34, is so public about his love life. He tells PEOPLE that it finally felt like time to celebrate his love.

“I’m still private, and I want to protect that, but it just felt like it was a moment of just wanting to put it out there and move on,” he says in this week’s issue, on stands Friday. “I am extremely happy.” He adds, “I think when you get older, you feel more comfortable about the [public nature] of the business that we’re in. So for me, it was a moment to, I guess, take ownership of that and then get back to work.”

Jordan and Harvey, 24, were first spotted stepping off a plane together in Atlanta over Thanksgiving and heading to the ski slopes in Utah in December. A few days after confirming their relationship on social media, they headed off to a romantic getaway in the Caribbean.

“They have gotten serious quickly. It’s obvious that they don’t want to be apart,” a source tells PEOPLE of the couple in this week’s issue. Harvey, the 24-year-old stepdaughter of talk show host Steve Harvey, has been spending more time with the Black Panther actor, 34, on the West Coast, away from her home in Atlanta. “When they don’t travel together, Lori spends a lot of time in Los Angeles with Michael,” says the source.

Yeah… I think he’s at a place in his life and career where he can date someone and not hide it – and even show it off – and it doesn’t come across as try-hard or desperate or famewhorey. He’s a big deal professionally and he understands that. The thing with George Clooney and JFK Jr is that they never had to deal with social media and that aspect of dating in the modern world. I feel like Michael is handling it in a way that feels authentic to him and it’s fine. Plus, people just love looking at photos of beautiful people being beautiful together.

48 Responses to “Michael B. Jordan explains why he went Instagram-Official with girlfriend Lori Harvey”