Simone Biles blasts the gymnastics federation for not rewarding her greatness 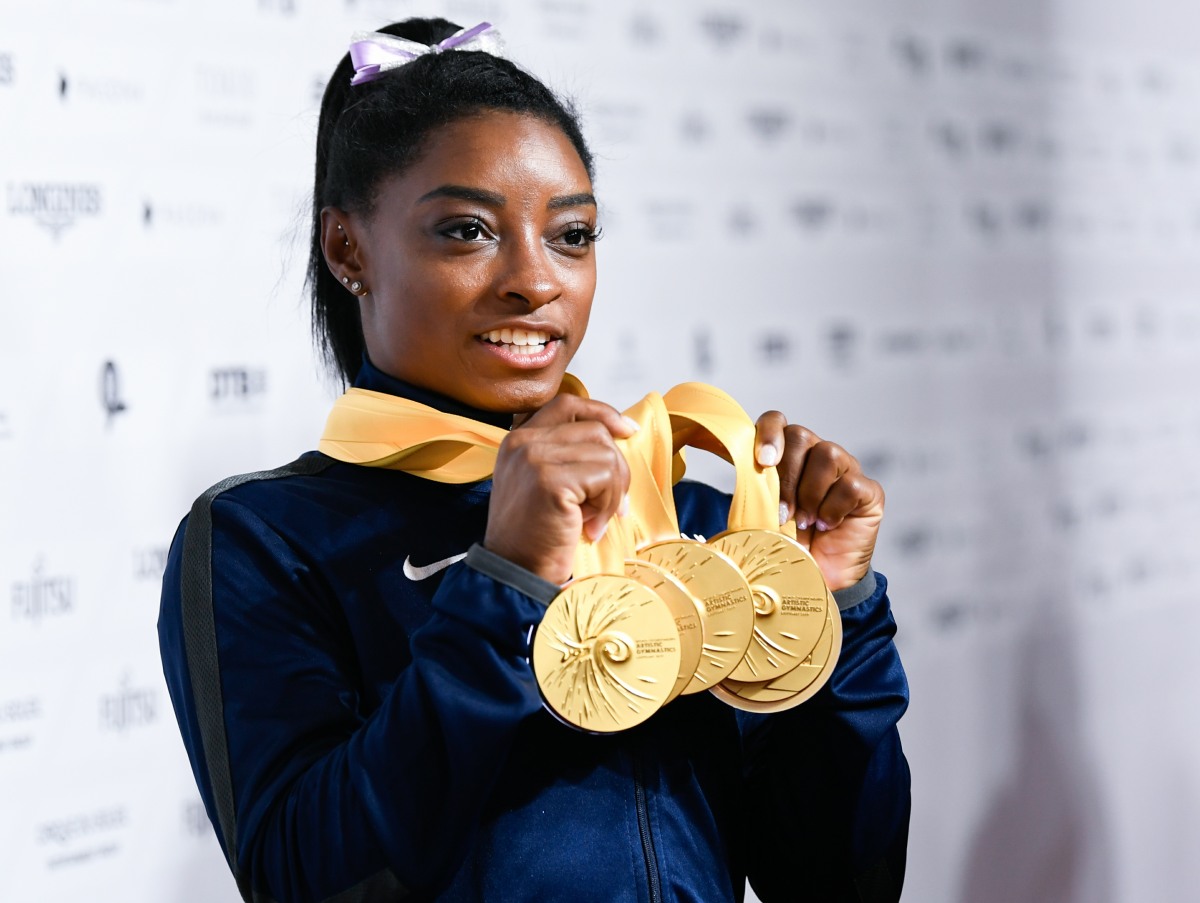 Simone Biles has spent the past year in a kind of suspended reality for an elite athlete. In the spring of 2020, she was training hard to peak at the Tokyo Olympics and bring home multiple gold medals. When the Olympics were pushed back a year, Biles retreated to her home, stayed in lockdown and tried to keep up with her training. While Biles is inarguably the greatest gymnast in the world – and likely the greatest of all time – there were some question marks about how ready she would be for this year’s Olympics. Biles arrived in Indianapolis last week for the US Classic, her first competition in 18 months. In practice, she landed a move which no other woman has ever pulled off: the Yurchenko double pike.

If she lands the vault move during the event, she will become the first woman to ever do so in competition. pic.twitter.com/LQ60hJwq6e

Absolutely extraordinary. From the NY Times: “To execute it, a gymnast first must launch herself into a roundoff back handspring onto the vaulting table, and then propel herself high enough to give herself time to flip twice in a pike position (body folded, legs straight) before landing on her feet.” It was clearly something she had been workshopping over the past year, and she ended up doing it in competition at the US Classic over the weekend:

The reason this got so much attention is because no other female gymnast has even attempted it in competition. That’s pretty common with Simone Biles – she can do such extraordinary things as a gymnast that she’s often the first one. Unfortunately, gymnastics judges don’t reward Biles for what she’s doing because of some half-assed logic that if they award Biles the kind of points for difficulty that she deserves, other gymnasts might try to do what she’s doing and it will end up with a lot of injured gymnasts. Which is a weird train of thought, and one which Simone has no time for:

The judges scoring her, however, were not so impressed. Despite the move’s difficulty, they gave it a provisional scoring value of 6.6, close to what Biles’s other vaults have received. That limited the points available for performing it successfully, a point that a frustrated Biles suggested was unfair to her.

“I feel like now we just have to get what we get because there’s no point in putting up a fight because they’re not going to reward it,” she said of judges and, ultimately, the International Gymnastics Federation, which has the final word on starting values for new vaults done in competition. “So we just have to take it and be quiet.”

Biles said Saturday that the gymnastics federation had similarly given her double-twisting, double-back beam dismount a start value that was too low, and that she expects it to undervalue her Yurchenko double pike when it is reviewed. United States women’s national team coordinator Tom Forster agreed with Biles that a 6.6 was not high enough given the vault’s difficulty. “It doesn’t seem to be consistent with what they’ve done with other vault values,” he said, “and I don’t know why they do that.”

Part of the reason for that might be a concern for the safety of gymnasts not nearly as skilled as Biles — by assigning a dangerous move a low start value, the federation quietly discourages others from risking it. But there also may be a fear that Biles is so good that she might run away with any competition she enters simply by doing a handful of moves that her rivals cannot, or dare not, attempt.

“They’re both too low and they even know it,” Biles said of the rewards for her beam dismount and the double-pike vault. “But they don’t want the field to be too far apart. And that’s just something that’s on them. That’s not on me. They had an open-ended code of points and now they’re mad that people are too far ahead and excelling.”

Despite not being properly rewarded, Biles, the defending Olympic champion in the all-around, said she would continue doing them. When asked why, she quickly answered, “Because I can.”

“Because I can” is a whole mood. In what other sport is “we won’t award greatness because the less skilled athletes will get their feelings hurt” a reasonable justification? It’s insane. It’s a f–king sport, there are winners and losers and points awarded for degree of difficulty and execution and the judges are f–ked up. People are arguing that when it came to Michael Phelps’ swimming domination, it was never a matter of “we can’t give him awards because other swimmers might have to train harder.” Why is it different with Simone Biles and gymnastics?

so when michael phelps blows through every preconceived notion of what a swimmer can do, it's exciting for the sport, but when simone biles does it for gymnasts, it's threatening? guess we don't have to think too hard about why.