Dax Shepard and his podcast co-producer, Monica Padman, were on Jimmy Kimmel Live in person last week. I was interested in learning more about their interview with Prince Harry. Except for saying how hot and down-to-earth Harry was in person, they didn’t give much new information. They thought it was hilarious that they showed Harry the calendar of male body parts that Monica made for Dax, which was the cringiest part of the interview in my opinion.

For the first part of the interview, Dax was on with Jimmy solo. He talked about his 25 pound weight gain, which is something he decided to do as he’s always wanted to be in a Marvel movie. He hasn’t landed a part or anything, it was just a goal of his to get big. He said he wanted to be Elastic Man, which Jimmy pointed out is a DC character. After that Dax went on an extended rant about how his wife of eight years, Kristen Bell, always gets more attention than he does. It was supposed to be a bit but it came across as somewhat bitter. Here’s more, and I’m including some of what Monica said too.

Dax on how Kristen is more successful and famous than him
Dax: My wife is more successful than me. So the pattern of our life, this has happened numerous times, I find out that I was a Jeopardy clue and she goes ‘oh yeah isn’t it fun?’ I realized, not only you already did it but it wasn’t exciting enough to tell me so now I feel stupid.

Another classic one is I have 16 years of sobriety, which I lost, let’s not get into that. I posted something about it, no one gave a sh-t because they shouldn’t. Then my wife wrote this beautiful thing about congratulating me. That became a whole new cycle. America was celebrating Kristen for being so kind to me on my anniversary. I was like ‘did you get 16 years today?’

I thought that I finally had her. I go ‘on Friday Obama is going to read a question I asked him, he’s going to talk about me a little bit.’ She for the first time ever was like ‘wow, that’s amazing, I’m jealous.’ Cut to Friday, can’t wait for Obama to read my question and answer it. [Obama went on about how much his whole family loves The Good Place and Kristen]. So I got to interview him after that, he’s going to be our first guest on Spotify.

Monica on Prince Harry
Monica: He was so normal, I was so blown away. He was already handsome and then adding his normalcy to it, full tingles.

Dax on talking to Prince Harry about his body
Dax: This is the best part of the interview. When I started talking about [Prince Harry’s] body, Monica is like ‘Dax is obsessed with male bodies, I make him this calendar.’ Monica got this [calendar] out. [shows calendar].

Monica on whether she’s the ‘third wheel in Dax and Kristen’s tricycle of love’
Monica: Absolutely, we’re in a threeway marriage. We refer to it.

‘You don’t mean that in a sexual way?’
Dax: Unfortunately not, it’s all the responsibilities of two wives and none of the sex.
Monica: yet

Monica has not dated somebody seriously
Monica: I told everyone yeah.
Dax: We say we want her to find love and our marriage would fall apart without her. She came and lived with us in quarantine.
Monica: It hit critical mass a month in because Kristen ‘got covid’ and was quarantining. At the same time Dax broke his hand, couldn’t make food, couldn’t help with anything. Then I was there, like ‘I have to take care of all these children while they’re on vacation. OK bye.’ I left. Like many marriages in quarantine ours ended in divorce.

Last summer when Dax was struggling with addiction, before he opened up about it and kicked opiates again, he said in an interview about Kristen that “America’s sweetheart has some character defects.” It just came across as nasty. Plus these two have admitted that they’ve gone days without talking to each other – multiple times. I think this is their dynamic and that they’re going to stay together, but it doesn’t sound healthy! It seems like Dax has a major chip on his shoulder and finds it emasculating that Kristen gets more attention and accolades.

Also, I hope that Monica is able to break out on her own someday. It sounds like she’s enforcing her boundaries at least. Plus she has her own podcast now. 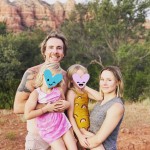 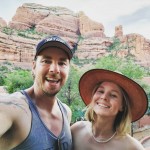