Piers Morgan was ‘cleared’ by Ofcom, he has the ‘right’ to say vile things 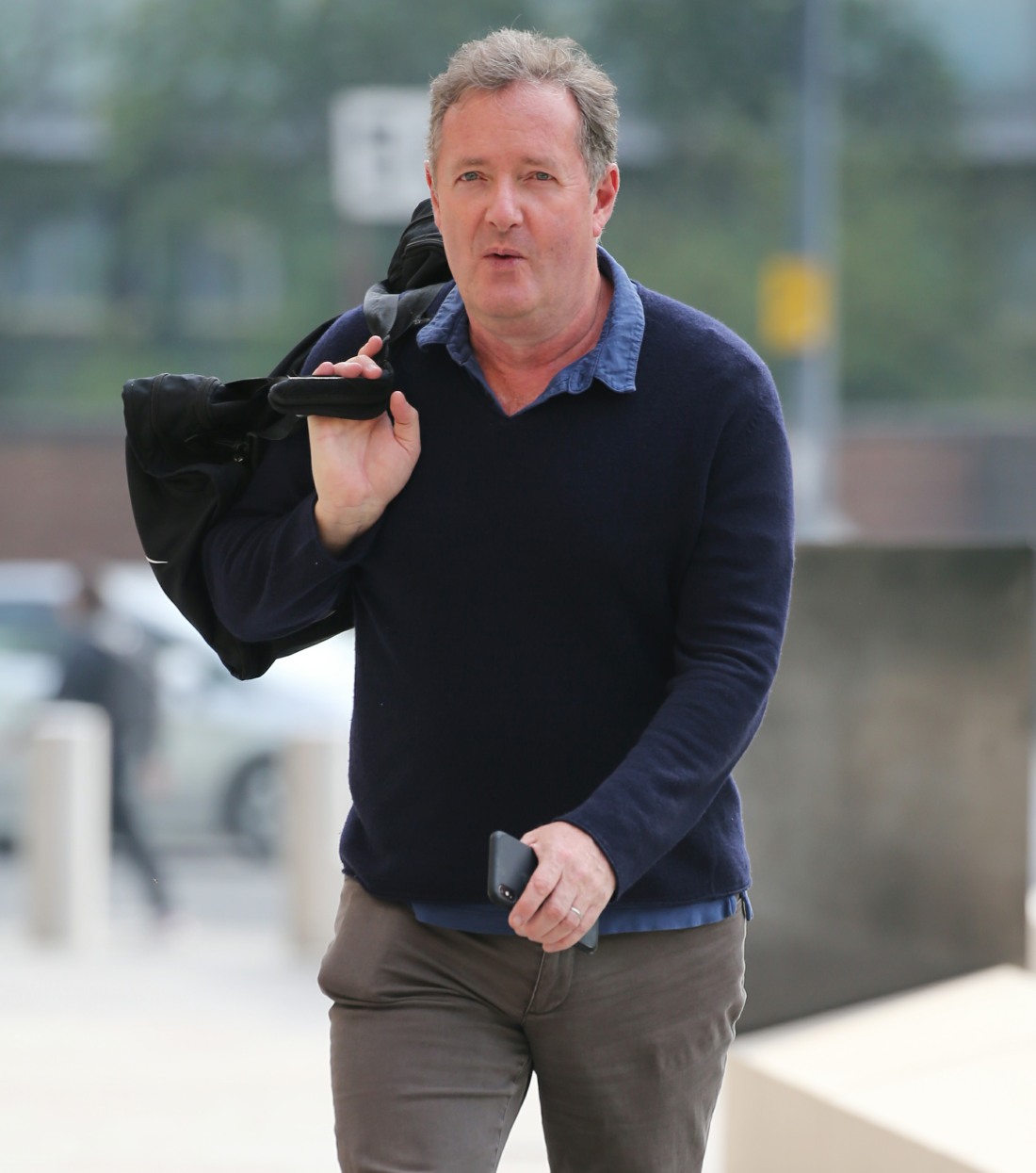 For years, Piers Morgan used his platform as co-host of Good Morning Britain – and his platform as contributing editor to the Daily Mail – to bully and smear Meghan Markle/the Duchess of Sussex. Piers always had a very special interest in ripping Meghan to shreds and his statements over the years have been misogynistic and racist, not to mention cruel and bullying. Things came to a head in the days after the Sussexes’ Oprah interview back in March. Piers called Meghan a liar, he mocked her suicidal ideation, and claimed that Meghan would need to show proof that the Windsors were racist. He kept going on and on about it until he was challenged by GMB’s weatherman Alex Beresford. The very moment Beresford challenged Piers’ vile smears of Meghan, Piers threw a tantrum and walked off the GMB set. As it turns out, ITV received thousands of complaints about Piers that week, including one complaint from Meghan herself. Piers was either fired or he quit. And now, months later, Ofcom has “cleared” Piers of… something??

Piers Morgan was today sensationally cleared by Ofcom who backed his right to free speech after he said that he ‘didn’t believe a word’ of what Meghan Markle told Oprah Winfrey and challenged her claims of royal racism and suicidal thoughts live on Good Morning Britain. The UK’s broadcasting watchdog called attempts to silence him a ‘chilling restriction on freedom of expression’ after the Duchess of Sussex was among an avalanche of people who complained that his questioning of her account was ‘harmful’ and ‘offensive’ to viewers.

Meghan, 40, was among the 57,000 people who went to Ofcom after an orchestrated social media campaign spearheaded by his ‘woke’ critics including several Labour MPs, who accused him of racism and sexism. Within 48 hours of the March 7 Oprah interview, Mr Morgan was forced to quit GMB after he refused to apologise for his ‘honestly held opinions’, costing ITV around 790,000 viewers and millions more in advertising revenue with the ratings gap between GMB and rival BBC Breakfast still growing. On the day Piers quit, GMB was in the lead.

And Ofcom today backed Mr Morgan’s right to ‘rigorously challenge’ the Duchess’s account of suffering suicidal thoughts and claims she experienced racism at the hands of the Royal Family. Complaints that his views on the programmes on March 8 and March 9 were unsuitable for children and incited hatred and racism were also thrown out. The decision has led to a flurry of calls from fans demanding he is given his job back.

ITV’s left-leaning former Guardian chief CEO Dame Carolyn McCall is under pressure to explain why she tried to suppress the presenter’s free speech after the Duchess of Sussex complained to her directly and allegedly implored her to censure her critic as they were both ‘women and mothers’.

There was complete vindication for the star, 56, who branded Meghan ‘Princess Pinocchio’, as Ofcom ruled: ‘Mr Morgan was entitled to say he disbelieved the Duke and Duchess of Sussex’s allegations and to hold and express strong views that rigorously challenged their account’.

And in a damning indictment of his former bosses and the 57,000 people who complained, the watchdog found: ‘The restriction of such views would, in our view, be an unwarranted and chilling restriction on freedom of expression both of the broadcaster and the audience’.

Other allegations roundly rejected by Ofcom included that Mr Morgan were not ‘duly impartial’, he had ‘misrepresented facts’ and that he ‘mocked the American accent’.

Reacting to today’s ruling Mr Morgan told MailOnline: ‘I’m delighted that Ofcom has so emphatically supported my right to disbelieve the Duke and Duchess of Sussex’s incendiary claims to Oprah Winfrey, many of which have since been proved to be untrue. This is a resounding victory for free speech and a resounding defeat for Princess Pinocchios. As OFCOM says, to have stifled my right to express strongly held and robustly argued views would have been an ‘unwarranted and chilling restriction on freedom of expression. In light of this decision – do I get my job back?’

He added: ‘I was reliably informed recently that Meghan Markle wrote directly to my ITV boss Dame Carolyn McCall the night before I was forced out, demanding my head on a plate. Apparently, she stressed that she was writing to Dame Carolyn personally because they were both women and mothers – a nauseating playing of the gender and maternity card if ever there was one. What has the world come to when a whiny fork-tongued actress can dictate who presents a morning television news programme?’

I have no idea how Ofcom investigations work or what their “findings” really mean in the grand scheme of things. In America, if a TV host was sh-tcanned for being a racist, misogynistic douche, it wouldn’t really matter if some media-watchdog or oversight group later said “well, he has a right to his opinions.” Like, duh. No one said that Piers Morgan doesn’t have a right to his repulsive opinions. He just doesn’t have a right to say those vile things on public airwaves, while being paid a generous salary, with the full blessing of advertisers. And if Piers was genuinely fired – it was never really clear before now – then how in the world is solely Meghan’s fault? There were thousands of complaints! And Piers was so thin-skinned about being challenged, he walked off the set! Anyway, a total f–king sh-tshow. 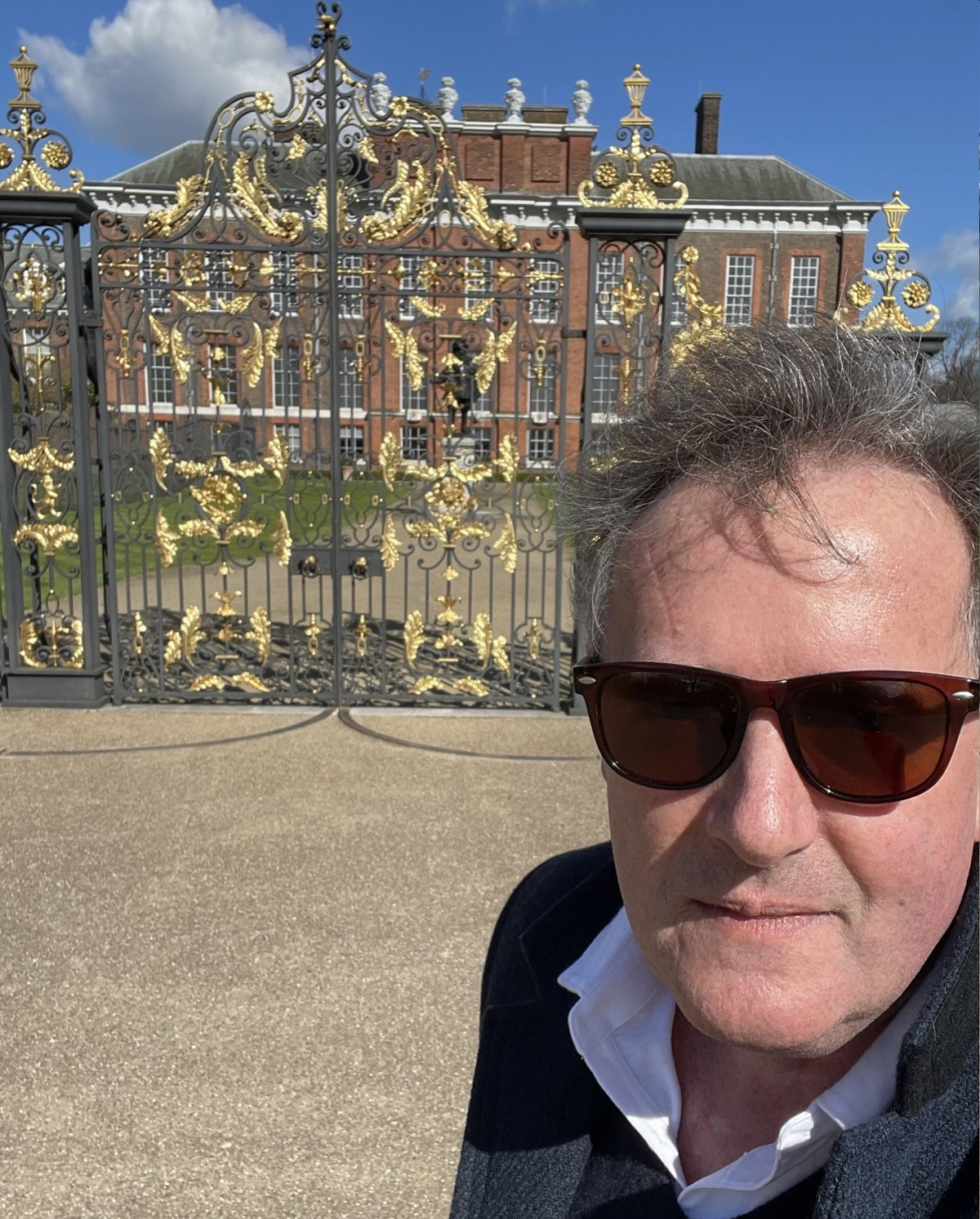 68 Responses to “Piers Morgan was ‘cleared’ by Ofcom, he has the ‘right’ to say vile things”