Monica Lewinsky: Bill Clinton ‘should want to apologize’ to me 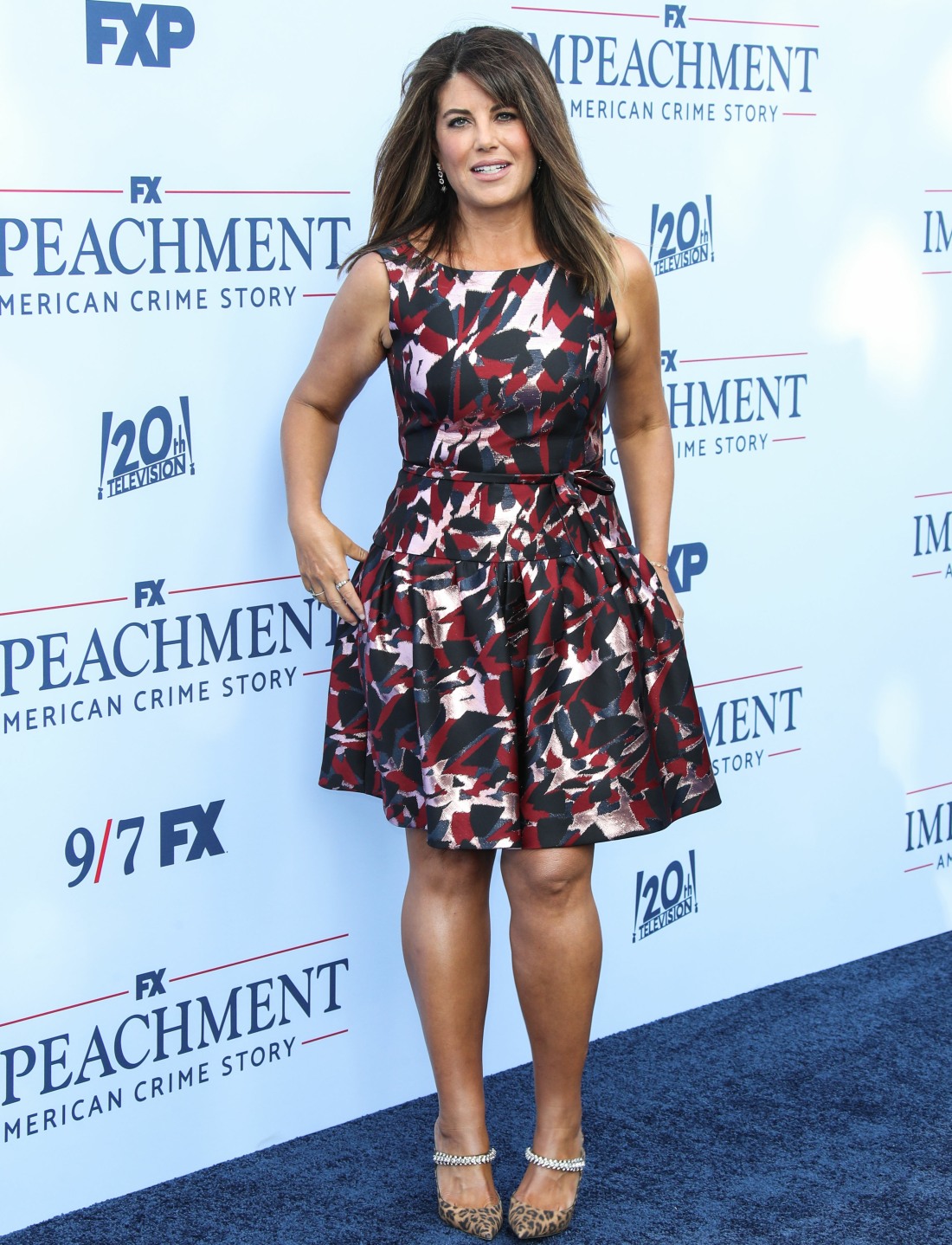 Here are some photos of Monica Lewinsky at the American Crime Story: Impeachment premiere last week. She really looked good, her hair especially. She always had nice hair. As many know, Monica is a producer on ACS: Impeachment. Ryan Murphy apparently wanted her involvement and her blessing for the story, and the series tells the story more from Monica’s perspective than anything else. For years now, Monica has been asking for a mulligan on her public image, begging people to not define her by the consensual affair she had with President Clinton starting in late 1995, when she was 22 years old. Over the years, Monica has insisted that #MeToo should apply to her too, even though she literally consented to every part of the actual affair with Clinton. While I will always say that Lewinsky was treated abhorrently by Ken Starr and the media, it’s bothered me how little ownership Lewinsky has taken for her own sh-tty decisions. So the promotion for ACS: Impeachment just feels like a continuation of all of that. Speaking of, Monica was on the Today Show yesterday and she said words:

In an exclusive interview with TODAY’s Savannah Guthrie, Monica Lewinsky opened up about how she felt in the wake of her sex scandal with former president Bill Clinton. Lewinsky, who joined the show to discuss her role as a producer on “American Crime Story: Impeachment,” which dramatizes the incident, reflected on not being able to have any closure with Clinton.

“There was a long period, before my life changed in the last six or seven years, where I felt a lot in terms of there not being this resolution,” Lewinsky said. “I’m very grateful that I don’t have that feeling anymore. I don’t need it.”

Lewinsky, who said she made notes on scripts and offered suggestions for the FX miniseries, added that she wasn’t sure how she’d feel about Clinton watching the show.

“Would you want Bill Clinton to see this series?” Savannah asked.

“I don’t even know how to really answer that,” Lewinsky said.

Lewinsky said that it’s been difficult watching a fictionalized version of her early-20s self make decisions that would impact the rest of her life. “I do not recommend watching your early 20s be dramatized on TV,” Lewinsky quipped. “Especially in this instance where the truth really was stranger than fiction. (There were) moments where I just thought, ‘Don’t smile back. Don’t talk to her. Don’t confess. Don’t do this, don’t do that. Don’t make bad decisions.’ I think that that was really hard to see.”

Lewinsky added that she believes people would react to the scandal differently today. “I don’t know that it would be as different as people want to think it would be,” Lewinsky explained. “But we are having conversations about power differentials in different ways. It’s not just people in power who have voices. The beauty and the beast of social media is more people can be heard. I might have had a little bit of support.”

I tend to think there is a generational divide on all of this. Those of us who lived through it and were old enough to understand the politics of it (I was in college during the Starr investigation/report) remember the feeling of anger… anger that President Clinton’s political enemies would stop at nothing to take him down and humiliate him and everyone around him. There was sympathy for Monica, just like there was sympathy for Hillary Clinton (as the wronged wife) and sympathy for Bill Clinton (his approval ratings soared, especially with men). Younger people who didn’t live through this or were kids through this… they might see it as more black-and-white, they might see Monica as “the victim” of the situation which… in real time, it was much more complicated than that.

As for the idea that Bill Clinton never apologized to her – he did. He apologized publicly and privately for everything, to everyone. He’s said repeatedly that he would love a chance to speak to Monica years later. The only thing he disputed was the idea that Monica’s story belonged in the Me Too discussion. 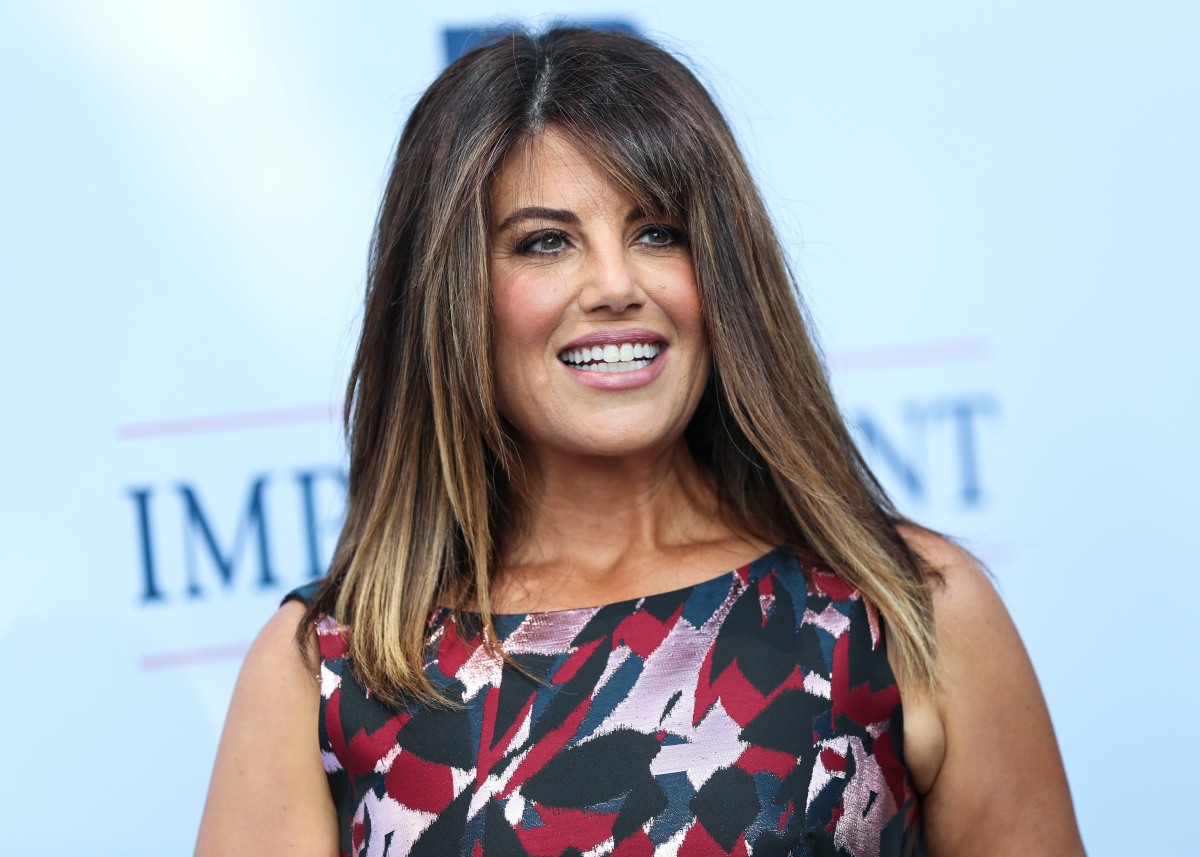 157 Responses to “Monica Lewinsky: Bill Clinton ‘should want to apologize’ to me”