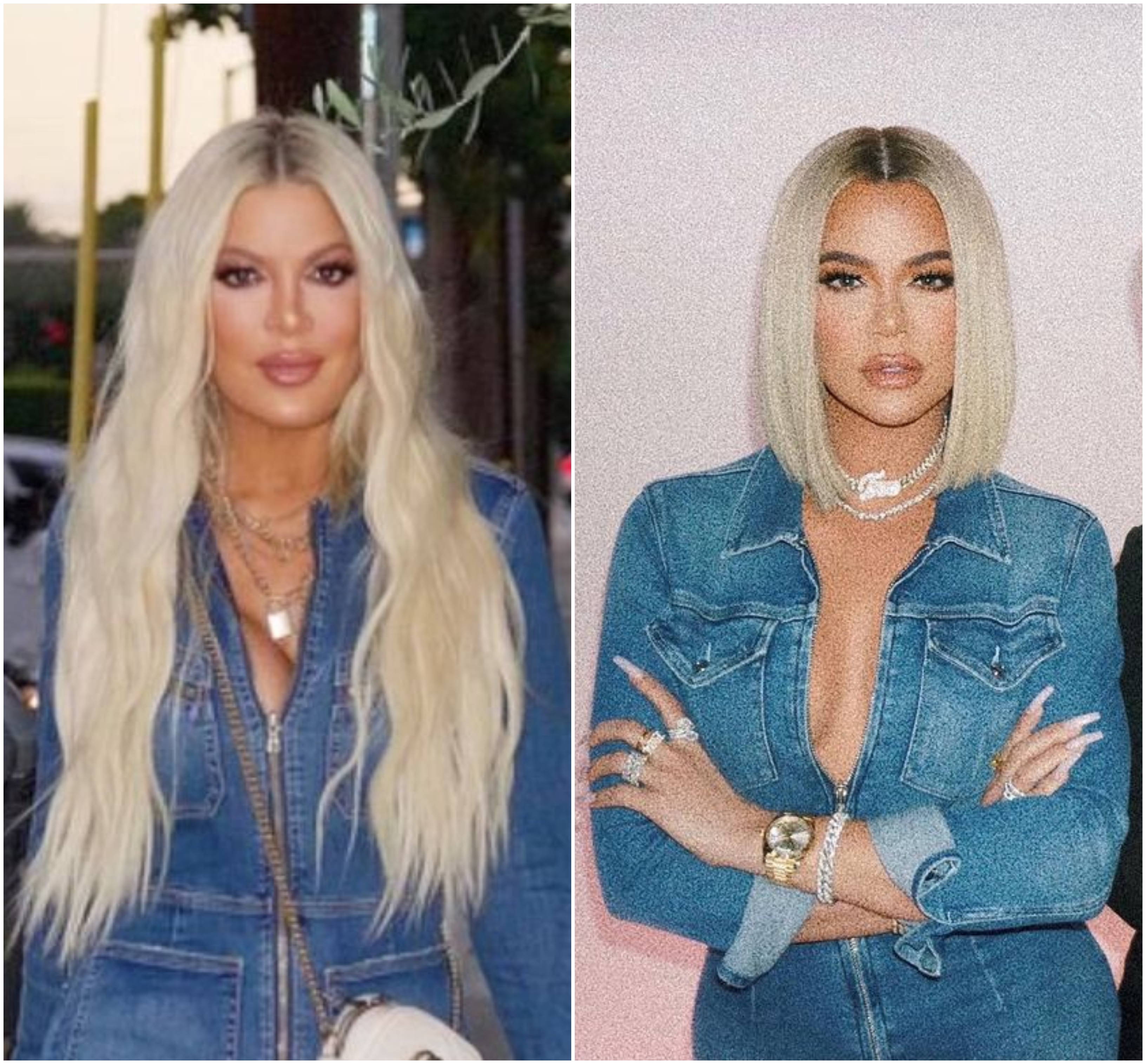 Last week, Tori Spelling debuted her new look, which was apparently taken from the Khloe Kardashian plastic doll collection. At least one of you said they saw Jessica Simpson in this new version of Tori, and I can see that as well. What very few of us saw was Tori Spelling and her old face. Tori of course cares what is said about her and knows that she is being comparing to Khloe K. On Labor Day, she was at the Malibu Chili Cook-Off which is a big county fair with rides, carnival games, fried food, chain link fences, dirt and, of course, chili. As she was leaving, TMZ caught up with her and asked about the Khloe comparisons. Tori said she couldn’t be happier because Khloe is “gorgeous!”

Last week Tori Spelling posted a new picture of herself to Instagram, causing everybody to do an over-the-top cartoon double-take, rub their eyes until they squeaked, and double-check their coffee to make sure it wasn’t spiked with crazy juice. Cuz lady looked eerily similar to Khloe Kardashian. In fact, all of 48-year-old Tori’s latest photos are giving serious off Kardashian vibes. TMZ caught up with Khori at the Malibu Chili Cook-Off on Monday night (she was attending with her kids and estranged-ish husband Dean McDermott) and asked her what she thought of the comparisons to Khloe. Her response was to maniacally giggle and reply, “I’m honored! Of course, she’s gorgeous!”

TMZ went on to ask Tori if looking like Khloe was the goal, and she laughed again and said it wasn’t. Then she giggled a bunch more, avoided questions about Scott Disick and Amelia Hamlin’s split, and let it slip that, even though she was at the chili cook-off, she didn’t eat any chili. Then Dean strolled up holding a bunch of giant stuffed animals that he won at the cook-off.

[From DListed via TMZ]

There is so much to unpack here. You can watch the video on either DListed or TMZ. Although Tori willingly answers all the paps questions and even engages her kids in the exchange, she refuses to turn towards the camera so you can’t fully make out her answers. I get that she makes her bones off these guys so she doesn’t want to dismiss them. But brush them off with two word answers so I don’t have to lean in to make out what she’s saying. I’m ticked about her wearing the baseball cap and sunglasses at night but only because I can’t tell if she still looks like Khloe or not. Of course, when making a comparison to Khloe’s face, I guess we have to specify which of Khloe’s faces we are comparing. As for Tori’s delight over being compared to Khloe, it’s a diplomatic answer and good for her her. She’s not denying she looks rabidly different and she’s not insulting anyone. Well done.

A few other things about this video strike me as odd. I’m not even going to get into how a chili cook-off is the antithesis of anything Malibu, but why would you go to a chili cookoff and not eat chili? Also, it’s weird the pap asked Tori about Scott Disick and Amelia Hamlin. Just because she stole Khloe’s face doesn’t give her insight on the inner workings of the Kardashians. But let’s talk about the biggest elephant in the room – Dean was there?! Winning toys and hopefully eating chili like a real person – when did this happen? I was so sure Tori’s look was a breakup look but maybe this is her new start look. Or, who knows, maybe Dean doesn’t recognize her and thinks he’s having an affair with his kids’ new nanny. 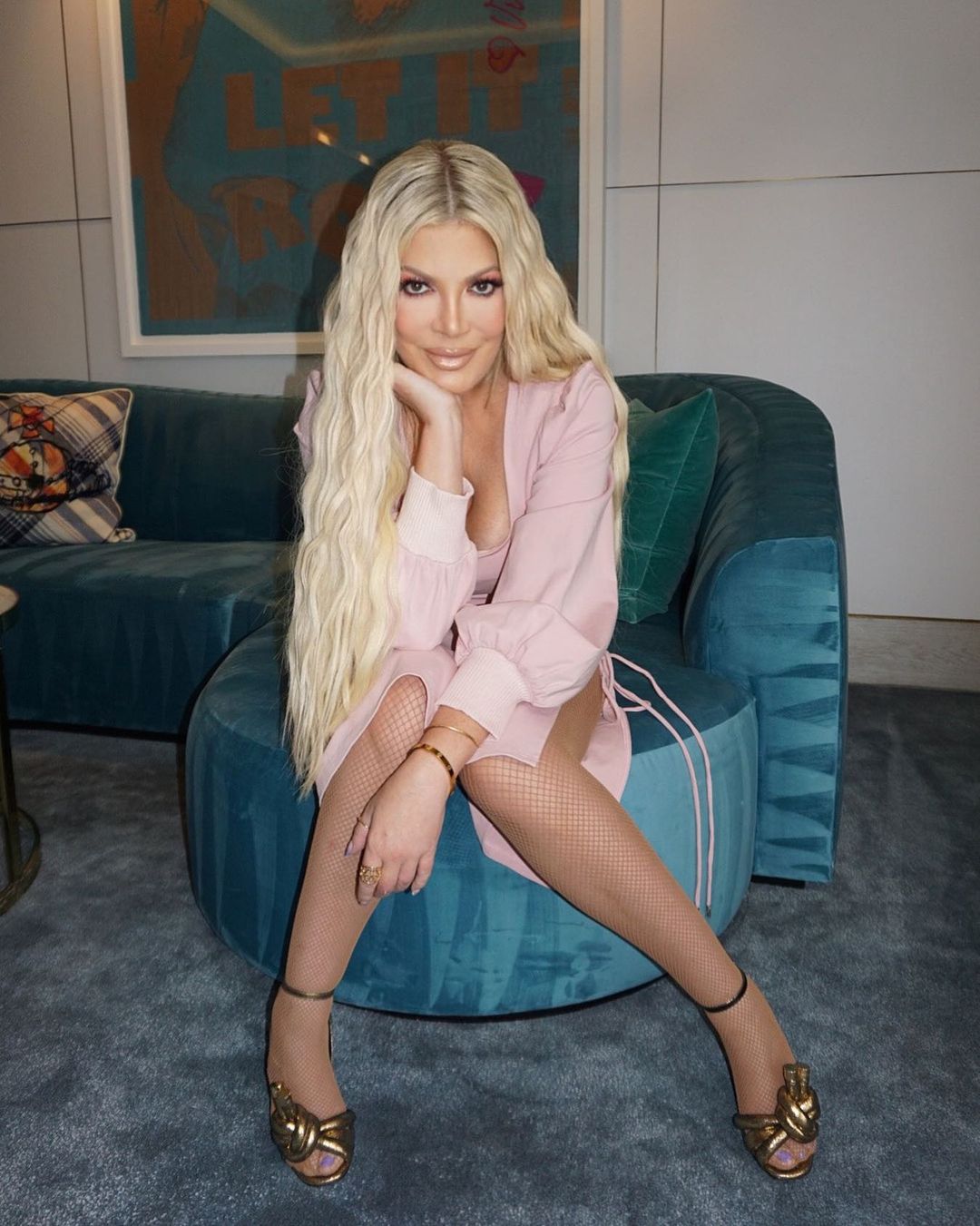 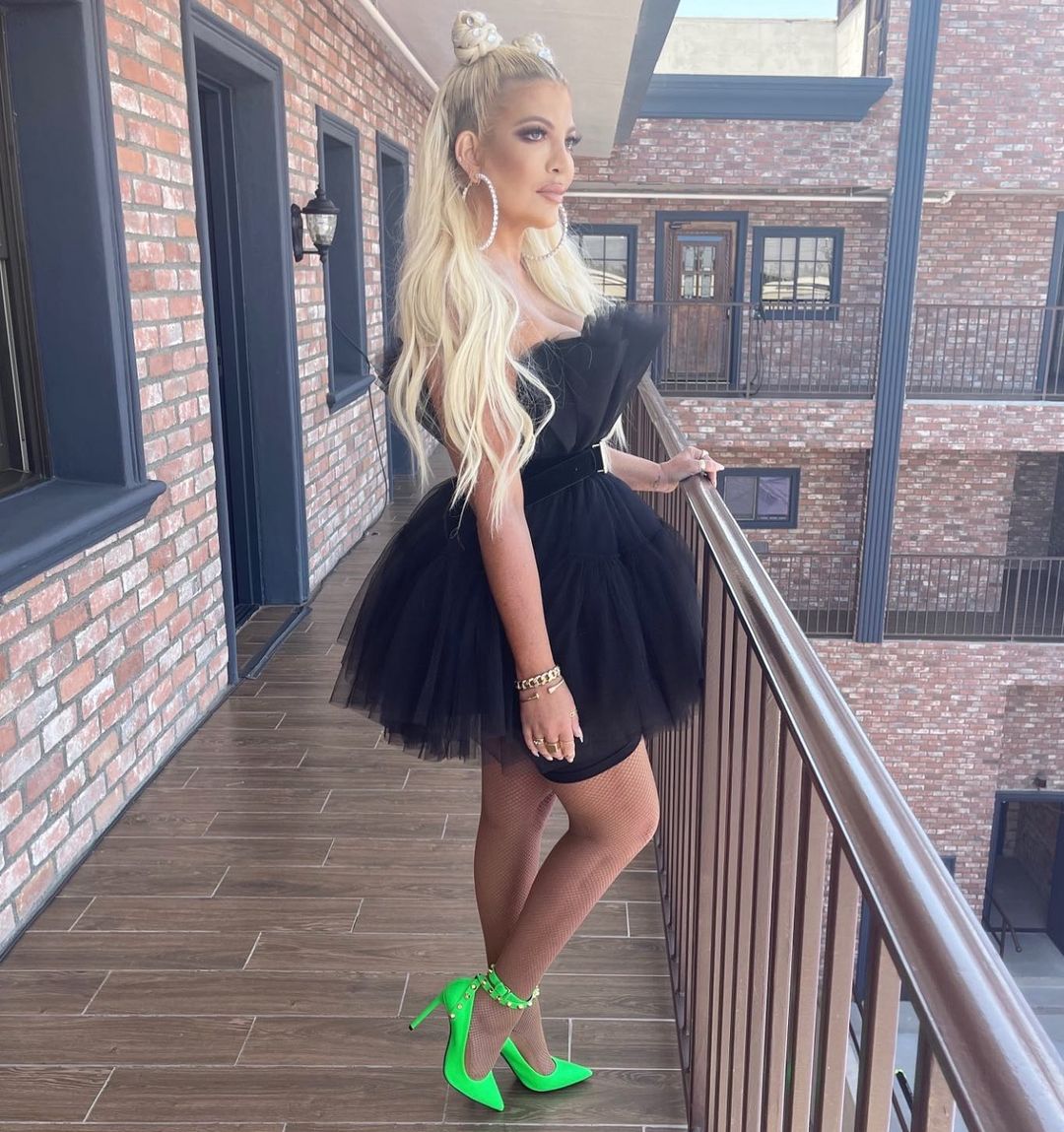 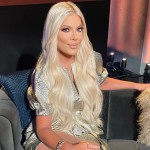