I’ve been following the Polanksi case, but we haven’t been covering it as much because it’s the kind of entertainment story that veers into the realm of hideous crime. It’s also something that upsets me immensely when I consider all the apologists this guy has. Polanski drugged, raped, and sodomized a 13 year-old girl when he was 43. In case you’re one of those people who believe that it was somehow consensual, which still makes the disgusting assumption that a 13 year-old could ever give consent, read the girl’s testimony on The Smoking Gun. She said “no” several times and asked to go home. She even said that her asthma was acting up and that she needed to go home to take her medication. The victim is now a 45 year-old mother of three and is urging the DA’s office to dismiss the case, but just because the victim doesn’t want the crime prosecuted doesn’t mean that long-delayed justice shouldn’t be served. Just because the guy is an accomplished director who has some high-profile high-influence friends doesn’t mean that the case should be dropped, either. And just because his pregnant wife was murdered it doesn’t give him a pass to rape little girls. Polanski also had a relationship with a then-15 year-old Natassja Kinski in the years following his wife Sharon Tate’s murder.

In my opinion, Polanski’s only chance for a dismissal of his case involved potential judicial misconduct, as alleged in the 2008 documentary Roman Polanski: Wanted and Desired. Polanksi served 43 days in prison on a psychiatric evaluation in 1978 before escaping for the high life in France. A prosecutor on the case made the allegation that the judge reneged on a plea deal that was offered at the time. The thing is, that prosecutor is now claiming that he lied and that the judge, who is now deceased, never offered Polanski a plea deal. It looks like this case just got a hell of a lot more cut and dried. The guy committed a crime and fled the country, end of story:

A former prosecutor says he made up a story he told a film crew about advising a judge handling Roman Polanski’s sex case to send the director to prison.

In “Roman Polanski: Wanted and Desired,” David F. Wells is depicted as conferring with a trial judge more than 30 years ago about Polanski’s case. Wells said in the documentary that the judge took his advice in deciding to renege on a plea bargain and give Polanski additional prison time.

“I made that up to make the stuff look better,” Wells said.

He also said he overstated his actions after being told the film would air in France, not the United States. The film aired on HBO.

Wells’ statement on the documentary later became part of the basis for a move by Polanski’s attorneys to dismiss the case against the fugitive director, who was arrested in Switzerland on Saturday.

Wells, who retired more than two years ago, did not handle Polanski’s case but was assigned to the courtroom where it was heard and had frequent interactions with the now-deceased trial judge Laurence J. Rittenband.

“They interviewed me in the Malibu courthouse when I was still a DA, and I embellished a story,” Wells said about the film crew in an interview with The Associated Press Wednesday. “I’m a guy who cuts to the chase – I lied. It embarrasses the hell of me.”

Wells said he was sorry about making the comments for the documentary.

“I cost the DA’s office a lot of money and aggravation over this,” Wells said.

Polanski was accused of plying a 13-year-old girl with champagne and part of a Quaalude during a modeling shoot in 1977 and raping her. He was initially indicted on six felony counts, including rape by use of drugs, child molesting and sodomy.

He pleaded guilty to the lesser charge of unlawful sexual intercourse; in exchange, the remaining charges were dropped, and the judge agreed to send Polanski to prison for a 90-day psychiatric evaluation.

But Polanski was released after 42 days and fled the country for France before sentencing after the judge reportedly told lawyers he planned to add more prison time.

Polanski’s attorneys later argued in a motion to dismiss the case that the communications between the judge and Wells were clear misconduct and violated Polanski’s constitutional rights.

A haughty editorial by Polanski’s longterm friend and collaborator, British novelist Robert Harris, was published in the NY Times on Tuesday. Harris suggested that Polanski was being pursued now due to the 2008 documentary defending him, and made the ridiculous statement that so many people looked up to him so he should somehow be beyond justice. “His past did not bother me, any more (presumably) than it did the three French presidents with whom he has had private dinners, or the hundreds of actors and technicians who have worked with him since 1977, or the fans who come up to him in the streets of Paris for his autograph.”

There’s a very well argued rebuttal in the Huffington Post by author Andy Ostroy, who picks apart Harris’ claims and makes it clear why Polanski faces extradition for an over 30 year-old crime:

The simple truth is, Roman Polanski is a pedophile, which is defined by Merriam-Webster’s Dictionary as someone with a sexual perversion in which children are the preferred sexual object. There is nothing in this definition that mitigates this behavior. Nothing regarding how often the adult has sex with a child; whether or not the mother was negligent; how long ago the crime occurred; or whether the sexual abuser has any Oscars for filmmaking. Polanski’s a pedophile and a fugitive, and it’s time, after 30 years, that he finally face justice.

It is outrageously offensive to see the outpouring of support for Polanski from the world’s elite artist-class. Are there two sets of laws according to these people? One for artists and another for everyone else? And are we supposed to be influenced by what these apologists have to say in trivializing Polanski’s despicable acts, especially Woody Allen, who married his own stepdaughter after raising her since childhood? Shame on them all.

If this guy goes free now, after committing a heinous crime and leaving the country, it will be yet another example of money and power escaping justice. I thought justice was supposed to be blind, but I guess she can still be distracted by a good movie. 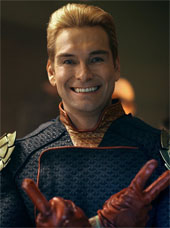