Rita Moreno on learning to say no: My mama said ‘men are bosses, do what they say’


Rita Moreno is one of Variety’s four Power of Women covers, which also include Amanda Gorman, Katy Perry and Channing Dungey (CEO of Warner Bros). Rita is an EGOT, one of just 16, which I didn’t realize about her. She’s also 89 years old and has no plans to retire. Rita told Variety that she loves her work and it’s going to stop anytime soon. She also explained how she had to learn to say no after being raised to always answer to men no matter what.

On why she swears
It’s not a question of liking to curse. It just comes out. I don’t say f-k because it makes me smile. There are plenty of times I say ‘Oh dear,’ but nobody pays attention to that.

On not retiring
I love what I do. The only way I can retire is if I can’t walk. And even then, there’s always a wheelchair — or roller skates.

On being the only Latina to win best supporting actress.
It means that we haven’t gotten very far … we haven’t moved as much as we would like to. We want to, but it hasn’t happened yet. I shouldn’t be the only one.

On ageism in Hollywood
Why should I have to play a grandmother simply because I’m old? Can I be a lawyer? A scientist? So far, the answer is … not so much. Hollywood suffers in a profound way from ageism.

[From two stories on Variety]

Rita is 89 years old and she’s definitely put her foot in it before, but at least she’s learning. She was raised when it was common for women to be subservient to men. That was how we got ahead in society. I’m so grateful to my mom and to my grandmother for not buying into that and for teaching me to be independent. I’ve still internalized so much societal junk, like not making moves in relationships and trying to diminish my accomplishments and type A personality. We’ve been trained to cater to men’s egos not only so they can help us, but for our own safety. It can be deadly to challenge fragile men. We’ve seen that play out on a national scale with 45. Watching my son and his friends, and how respectful and thoughtful they are, I have hope that those toxic roles are being rejected by the next generation. 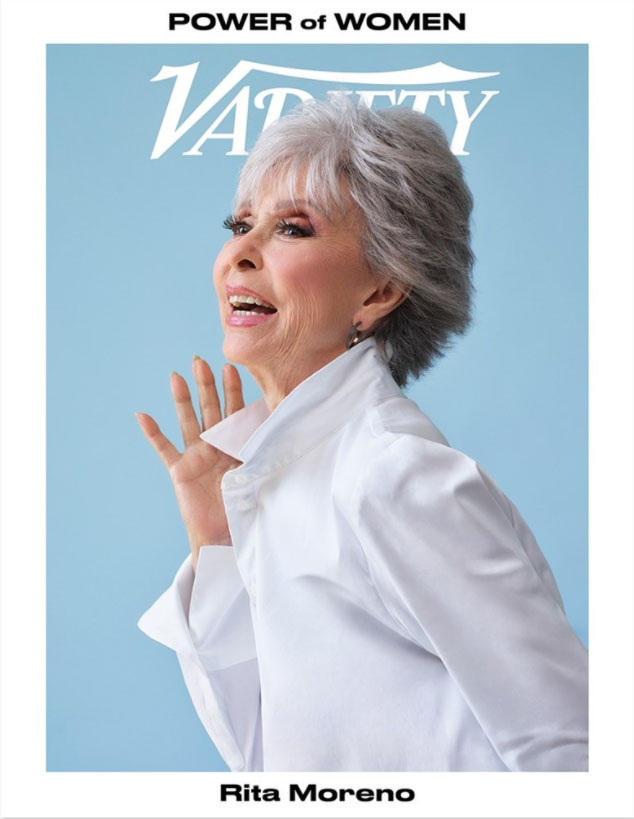 17 Responses to “Rita Moreno on learning to say no: My mama said ‘men are bosses, do what they say’”