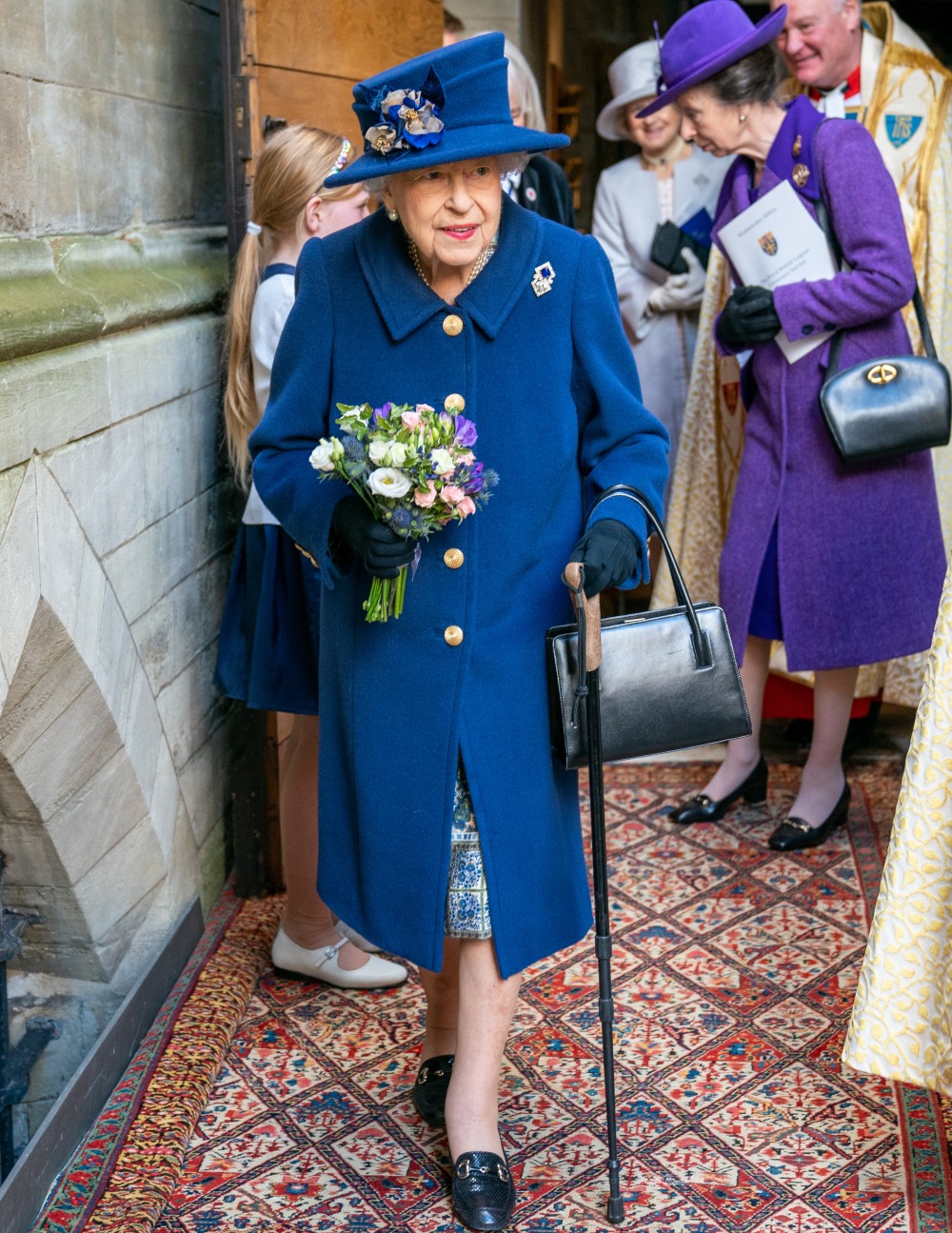 For years, we’ve known that Queen Elizabeth is an unrepentant boozehound. Her mother was always sauced too, so maybe that’s who taught QEII to have a hollow leg. Reportedly, the Queen doesn’t like wine that much, but she loves strong mixed cocktails, like gin & tonics and dry martinis. She starts drinking midday and doesn’t stop until she goes to sleep. Her average consumption is maybe four strong cocktails a day, with wine at dinner and a glass of champagne before bed. But I would bet that on many days, she’s drinking more than that. Well, according to Katie Nicholl at Vanity Fair, the Queen’s doctors told the 95-year-old that she needs to stop guzzling so many martinis.

Queen Elizabeth is known to enjoy a tipple but Her Majesty is giving up her daily alcoholic beverage at the advice of her doctors. While she is in good physical health, the Queen, who has been seen using a cane in recent days including Thursday in Wales where she addressed the Welsh Parliament, has been advised to give up her evening martini as she prepares for one of the most important periods of her reign, Vanity Fair can report.

According to two sources close to the monarch, doctors have advised the Queen to forgo alcohol except for special occasions to ensure she is as healthy as possible for her busy autumn schedule and ahead of her Platinum Jubilee celebrations next June. “The Queen has been told to give up her evening drink which is usually a martini,” says a family friend. “It’s not really a big deal for her, she is not a big drinker but it seems a trifle unfair that at this stage in her life she’s having to give up one of very few pleasures.”

While she is rarely seen drinking in public, she apparently enjoys a drink most evenings. According to palace sources, her drink of choice is often a dry martini which also happens to be Prince Charles’s favorite as well. At dinner, the Queen usually enjoys a glass of sweet wine and, according to her late cousin Margaret Rhodes, she’s been known to drink a glass of champagne before bed.

But now, Her Majesty will only imbibe water and soft drinks. “The alcohol has gone, her doctors want to make sure she is as fit and healthy as possible,” confirms a second source.

Aside from her nightly dry martini, the Queen is a fan of Dubonnet and gin, which was the Queen Mother’s favorite drink. Last year Buckingham Palace released its own brand of gin, and the Queen allows sparkling wine to be produced from her vines at Windsor Great Park.

My guess is that one of the biggest concerns for the Queen’s staff and doctors these days is her balance, and the danger of falling. She’s a 95 year old woman and even if she was perfectly sober all day and night, she would still be a huge falling risk just with her age and history. So I do think all of the stories this week about the Queen are connected – there are concerns about falling, so that’s why she’s using a cane and that’s why her doctors have told her to stop drinking. I wonder if there was some kind of inciting incident that led to these changes with the booze and the cane. Meaning, I wonder if something happened which they haven’t made public. 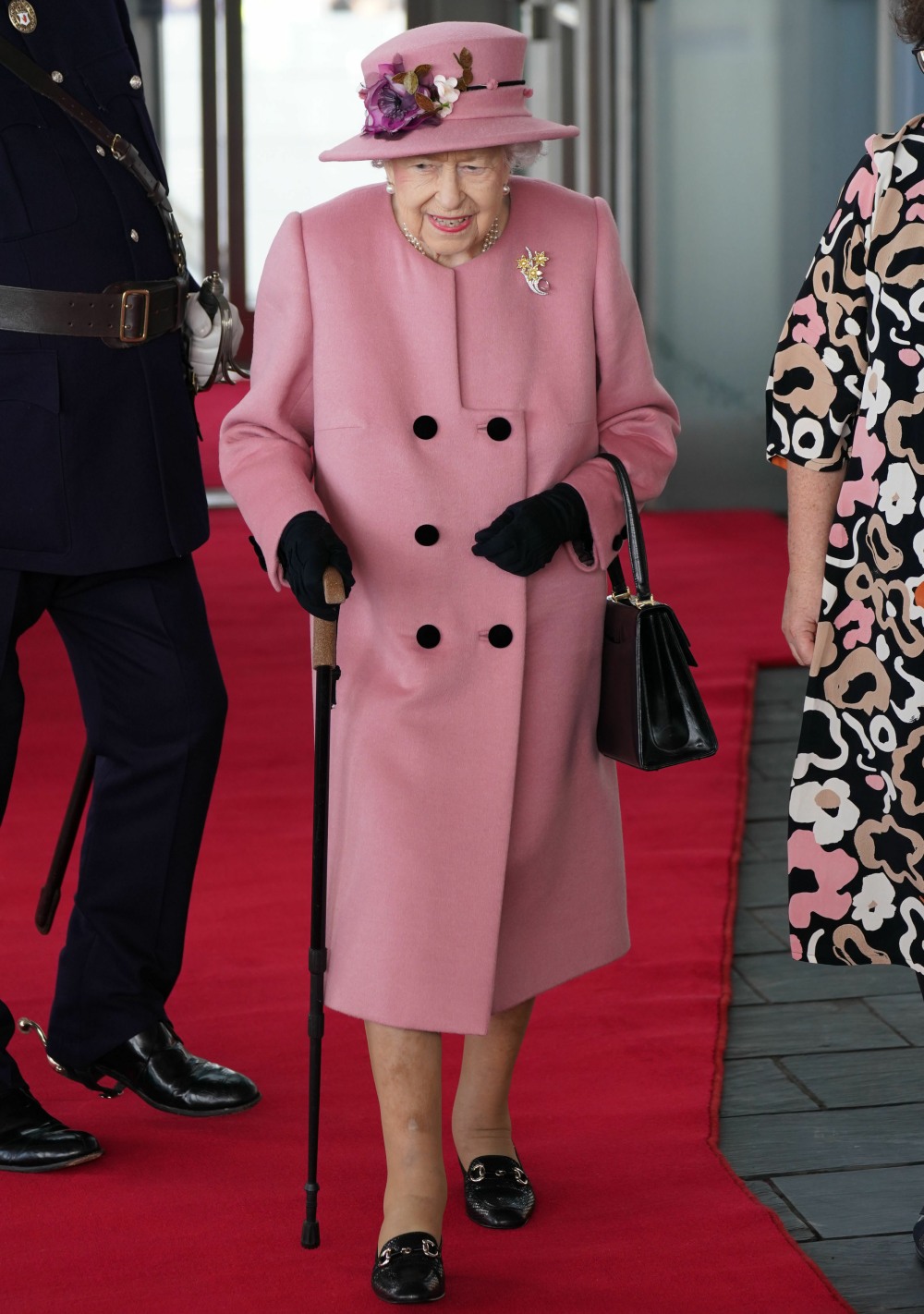