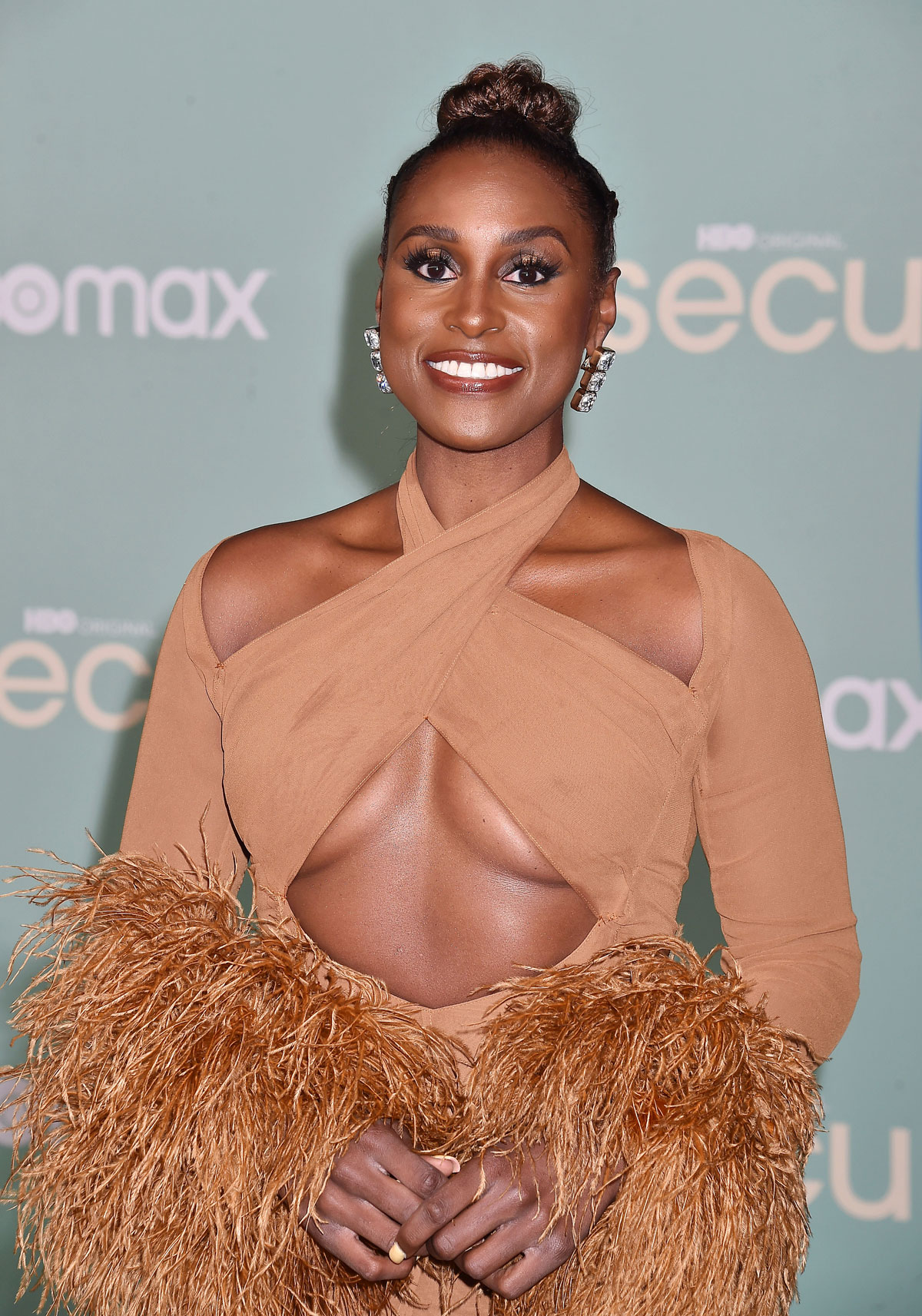 The series finale for Insecure premiered Sunday night. The last season of Insecure is bittersweet as we have fallen in love with the characters. Issa has already moved on to her next project, Rap $hit, but the end of Insecure is bittersweet for her. Issa is profiled in The Cut. Issa discusses her daily routine from eating her favorite breakfast to her beauty routine and how she loves scrubbing her makeup off at the end of the day. Issa also discuses why she featured her childhood neighborhood in the final season of Insecure and how she keeps herself stress free by leaning on her team. A few highlights from The Cut:

On her end-of-day routine:
My favorite part is stripping off that makeup, and I have a very specific regimen. If I feel lazy, I’d start with makeup wipes — that’s terrible for the environment — then I go to my face cleanser, and then I have an exfoliation cleanser that I use after that. And then I use micellar water, that incredible water, with cotton pads, and then I use a toner and then top that off with this face-restoring oil that I really love, wrap my hair, and go to bed.

On showcasing her hometown neighborhood:
The block-party episode was a highlight. I live in Inglewood; I go to Market Street all the time; I have a coffee shop nearby; I see what it is. And to see it transformed in the way that it was. They have real businesses that I frequent and support on this fake set in this real way and in many cases actually serving food to crew. Those were personally curated by the writers on our team, the L.A. natives, from the costumes to every element, and it coming to life with artists from L.A. That was such a special moment where it was just, Man, we made this happen, and this is so aspirational. This is Issa Dee’s vision and my own vision realized.

On collaboration:
I come in with the vision, but I’m very open-minded — if I’m set on something, I can be convinced not to do it. I’m just like, “Prove me wrong.” And if you do, then we’ll change it. While there is pressure because there are timelines and things like that, I’d like to think that people feel heard and people get to showcase their strengths and their talents and know that they’re being utilized. I am clear that I don’t know everything. I’ve had instances where some of our closest partners have been like, “Well, Molly wouldn’t wear that.” And I’d be like, “You know what? You’re actually right. What was I thinking?”

I am loving how Issa is tackling life, by dropping a whole ass wedding on us in July and wrapping up Insecure. I also like the fact that Issa only shares part of herself with the public. I love when celebrities keep a part of themselves private. I also like how Issa allows her coworkers to challenge her direction by telling them to prove her wrong. I feel Issa on coming home and taking the makeup off at the end of the day. There is nothing more freeing than washing the grime off. Well except for taking off my bra.

Issa, a proud Inglewood native, chose to include her neighborhood in the show by doing a block party and having L.A. natives chime in on how Inglewood as changed over the years. If I were creating a show, I’d definitely include Houston, more specifically Fifth Ward and Alief, because those are the places I grew up and they are etched in my heart. I am going to miss Insecure and Issa Rae since she is only working behind the scenes on her next project. And at the same time, I am happy that Insecure gets to go out on its own terms. There is nothing better than ending a project the way you envisioned it. In the mean time, I need to go wash Houston’s pollution off my face. 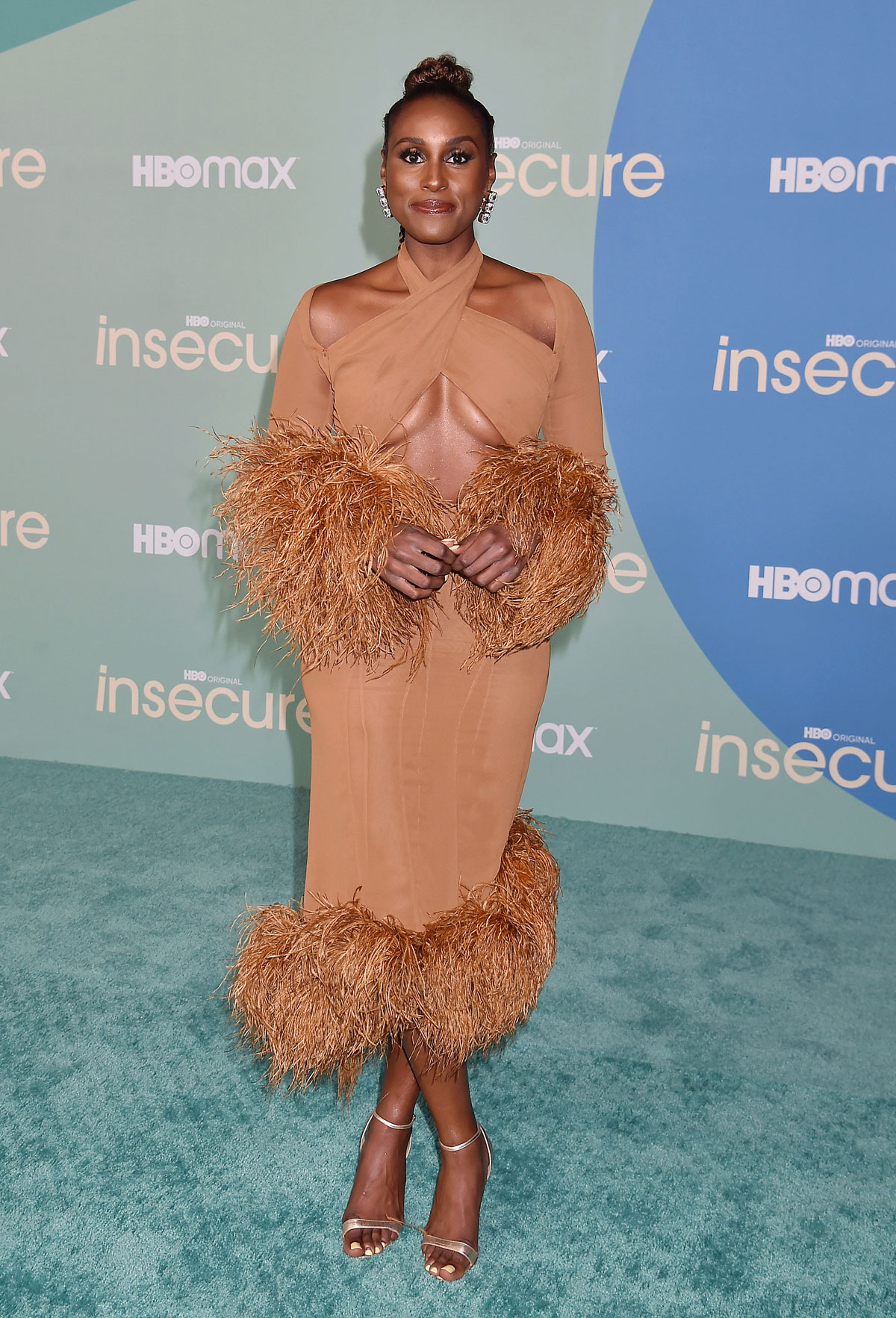