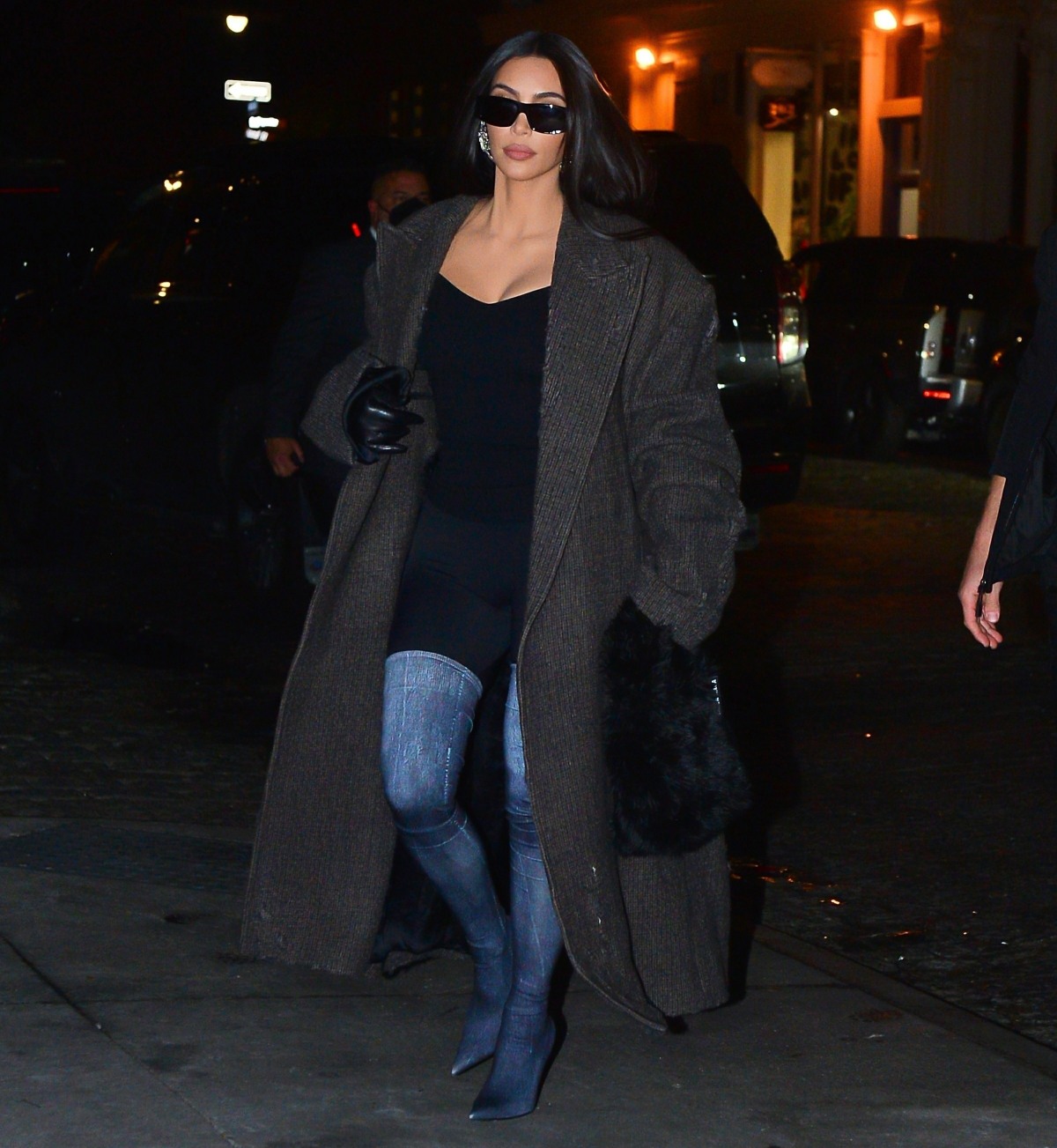 Over the weekend, Kim Kardashian was in LA, and she went on a double-date with Kourtney Kardashian and Travis Barker. Kim’s date was Pete Davidson, and they were seen holding hands on a roller coaster. People have been talking about it all week and I’m just like… eh. Pete usually only dates women for three months at most. Kim is just getting out of a marriage and her divorce is far from final. Why can’t this just be a simple hookup situation? It’s truly nothing serious. That’s how I feel, but I guess Kim wants headlines for this, because Kardashian “sources” are running around, talking to TMZ, People Magazine and Page Six about how Kim feels ready for this. Ready for what? A little BDE in her life?

Kim Kardashian West is enjoying spending time with friend Pete Davidson, a source tells PEOPLE. The Keeping Up with the Kardashians alum, 41, and Saturday Night Live comedian, 27, held hands on a roller coaster at Knott’s Scary Farm in Buena Park, California, on Friday, seen in exclusive photos obtained by PEOPLE.

The pictures sparked rumors of a romance between the two, and though a previous source said they are “just friends,” another notes that the two stars do “have chemistry.”

“Pete can be super charming and Kim loves the attention,” the insider tells PEOPLE, adding that they’re having “fun” together.

The source says that Kardashian West has moved on since filing for divorce from Kanye West.

“She is having fun and enjoying life,” the source says. “Her focus is still on her kids and work, but you can tell that she is ready to date. She is very happy and in a good place. She has moved on from Kanye and feels it’s for the best.”

Sources also told Page Six that Kim “is intrigued. She likes him.” For the love of God! Just hook up with him and don’t tell anyone! That’s what I don’t really get – why all of these 40-something women act like Pete is this trophy boyfriend or boy-toy. I understand that a lot of people like Pete (I don’t) and think he’s charming and funny and all of that, but God, I would be so embarrassed.

These are all photos of Kim out and about in New York on Tuesday. Her “mechanic’s uniform dress” is Balenciaga. 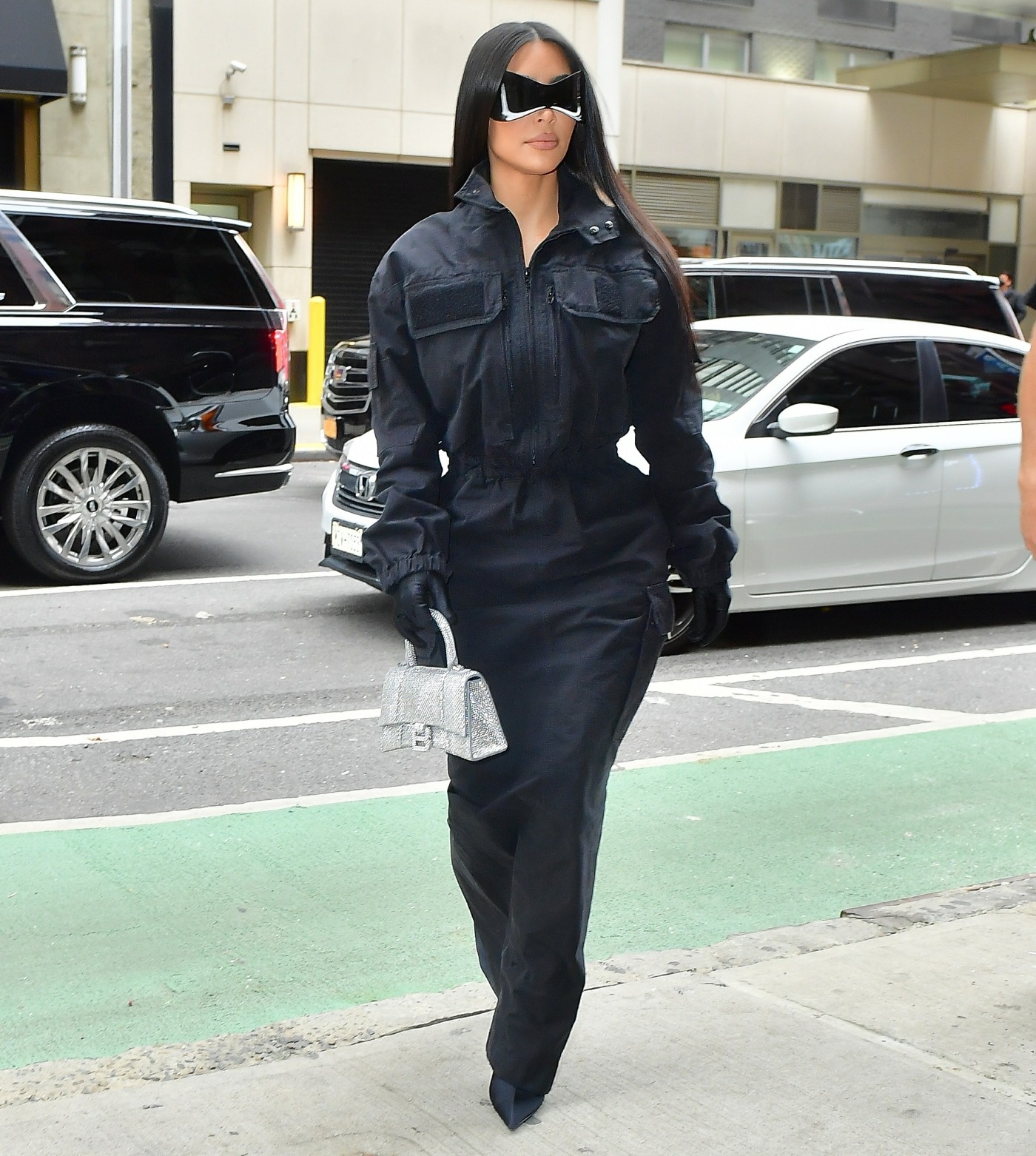 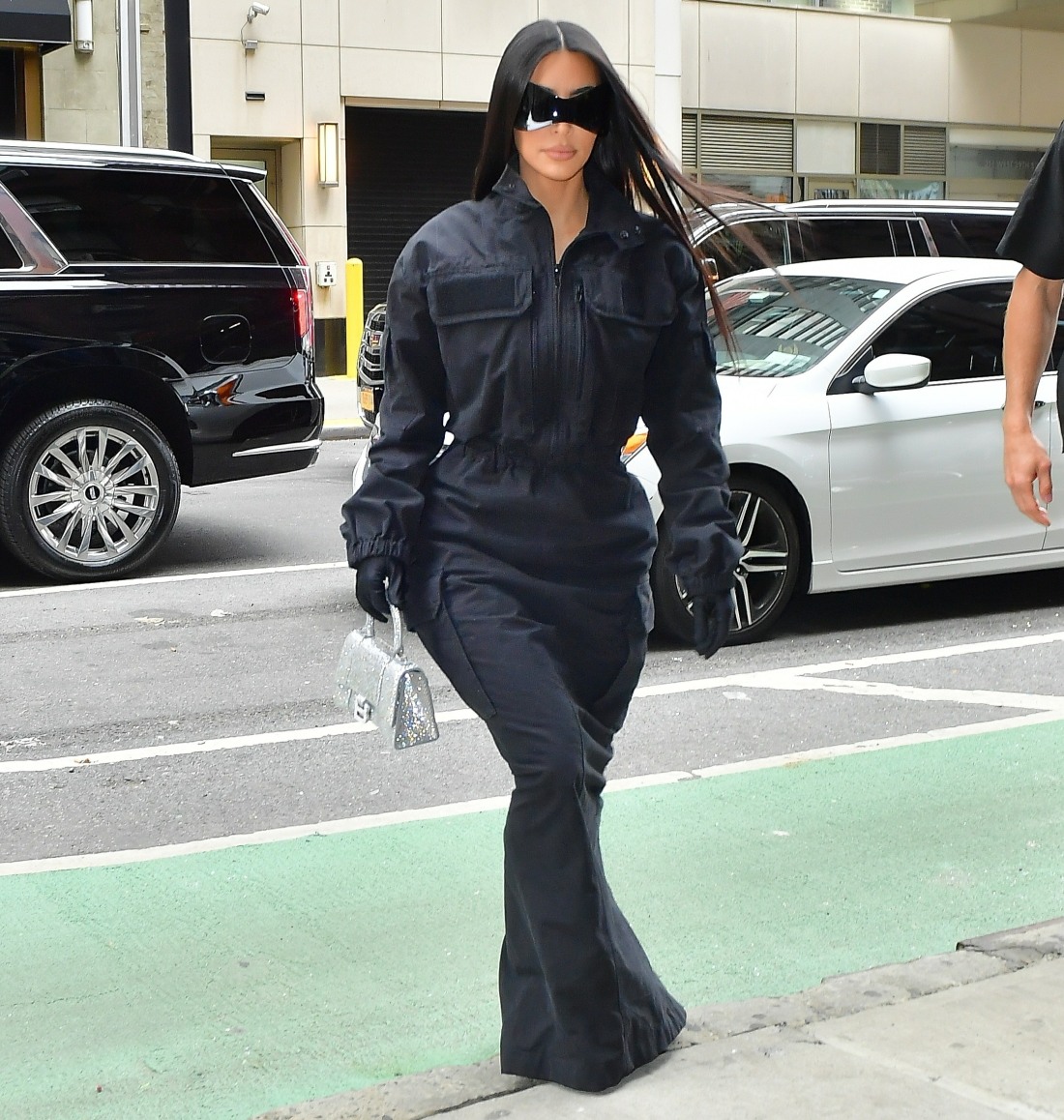 34 Responses to “Kim Kardashian is ‘intrigued’ by Pete Davidson: ‘Kim loves the attention’”