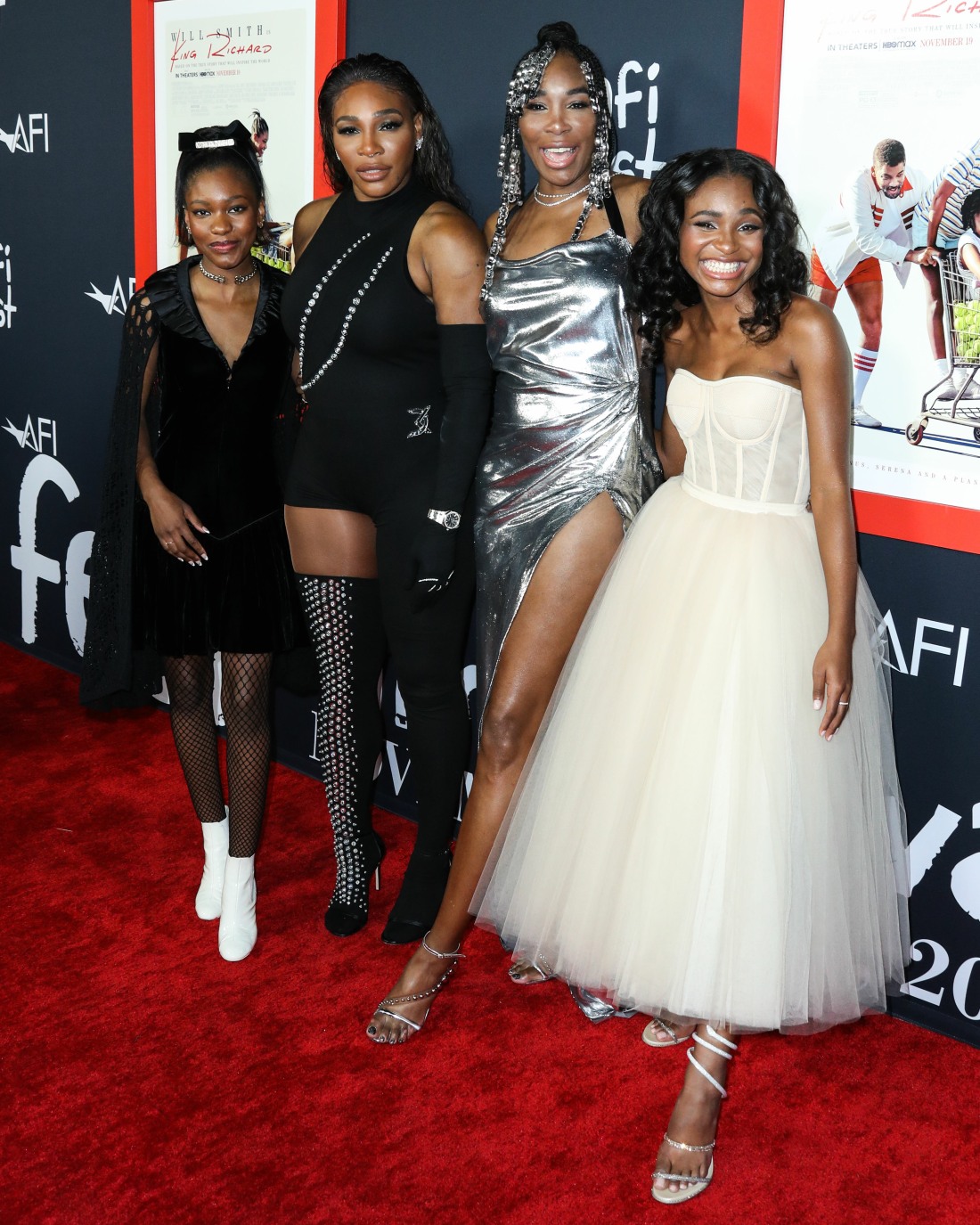 Here are some photos from last night’s AFI Fest premiere of King Richard, the true story of how Richard Williams trained and coached his daughters Venus and Serena Williams to be the champions they are today. Will Smith plays Richard Williams and Venus and Serena executive produced the film, and everything was done with their permission and say-so. What’s exciting about this is that new generations will be introduced to the story of the Williams sisters’ rise to dominance, and it also refocuses a lot of energy onto Venus. Venus was the first through the door, she was the older sister and everything Serena did, she did because she was trying to be like Venus. I love that this is the story the sisters wanted to tell, because Venus’s journey and glass-ceiling-breaking is often lost in the narrative of Serena’s historic dominance.

I thought for a second that Serena wore one of her own designs, from her S By Serena collection, but no – both Serena wore David Koma (as did Olympia, who wore a smaller version of Serena’s catsuit). Venus Williams wore Bach Mai. I love Venus’s visual callback with the beads in her hair – that was a huge f–king deal when the Williams sisters were teenagers, the fact that they played tennis with beads in their hair. 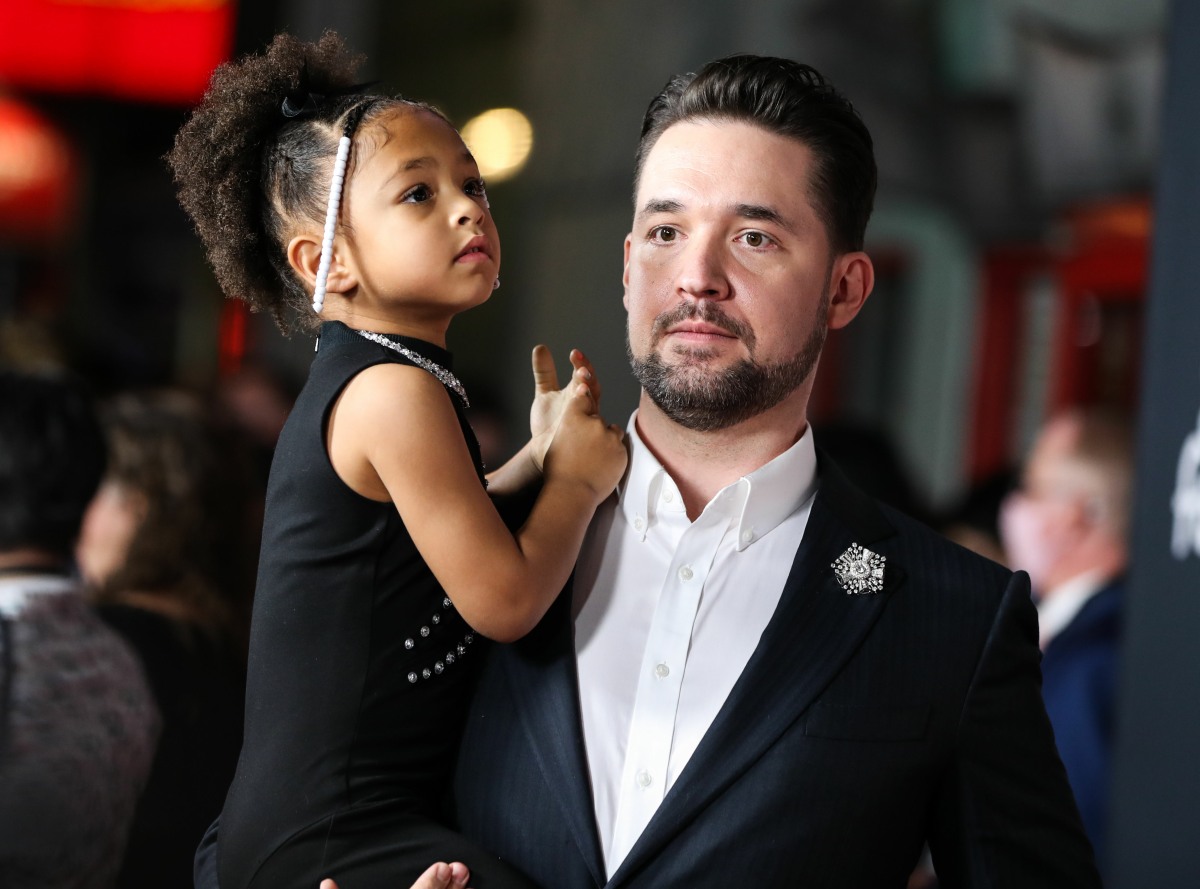 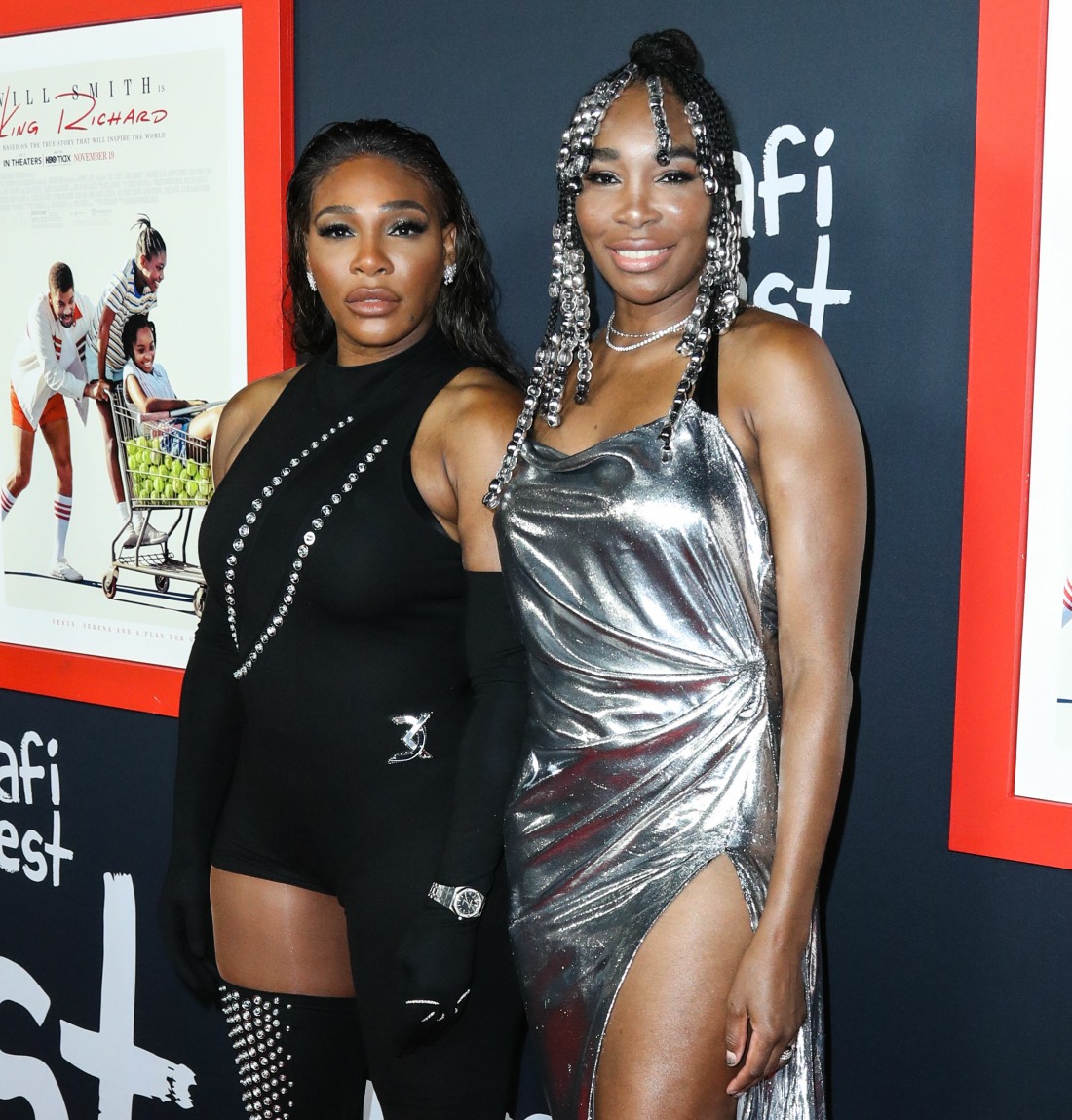 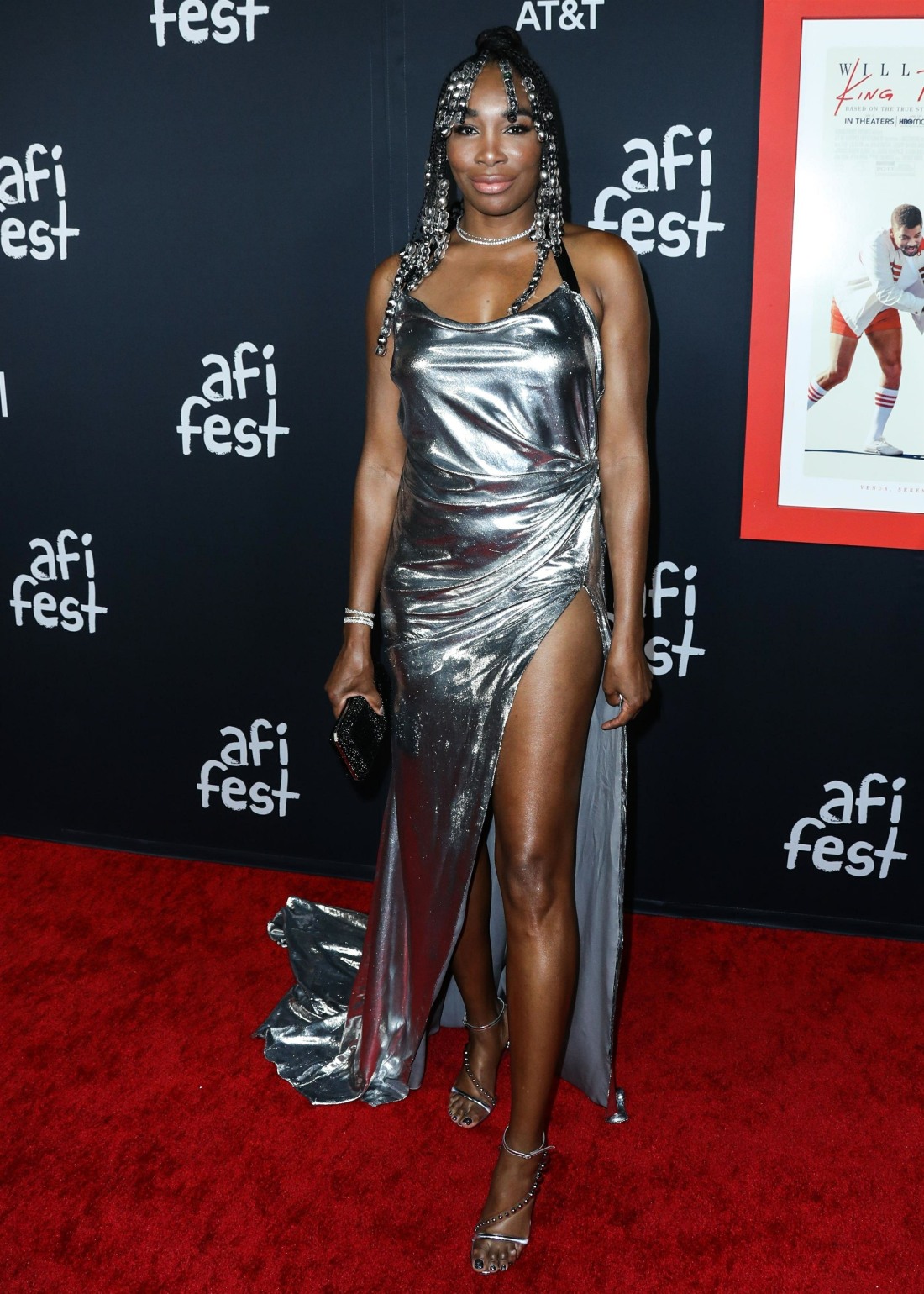 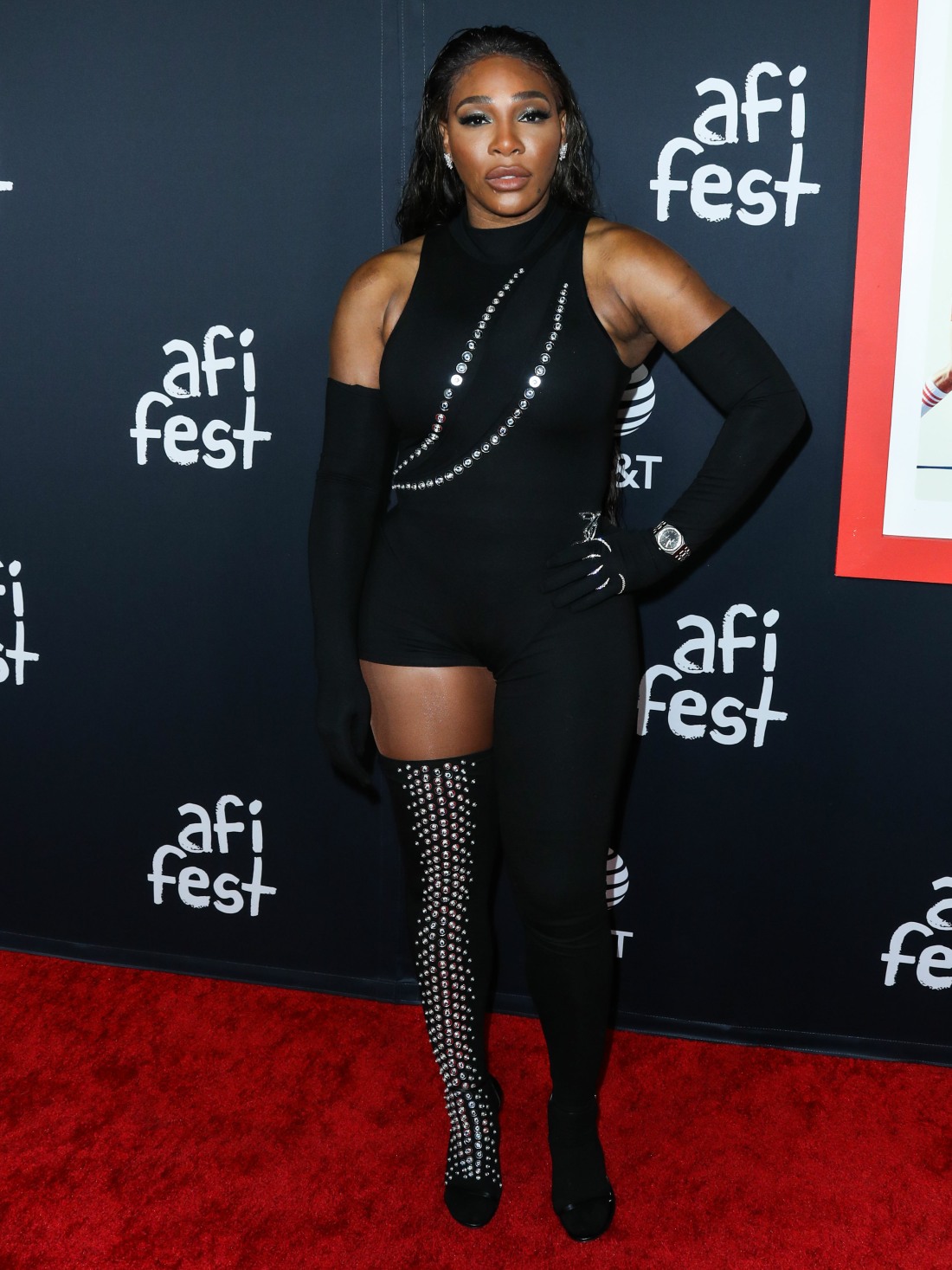 I’m also including photos of the Smith family – Will and Jada attended the premiere together, and Willow and Jaden posed together, separate from their parents. A few months ago, I would have said that the critical buzz meant that Will was one of the big contenders for Best Actor awards. But as I said when I covered his GQ interview… Will stepped on his own Oscar campaign by releasing his memoir. All of the headlines are about his f–ked up marriage drama. Who is even talking about his performance in this film? 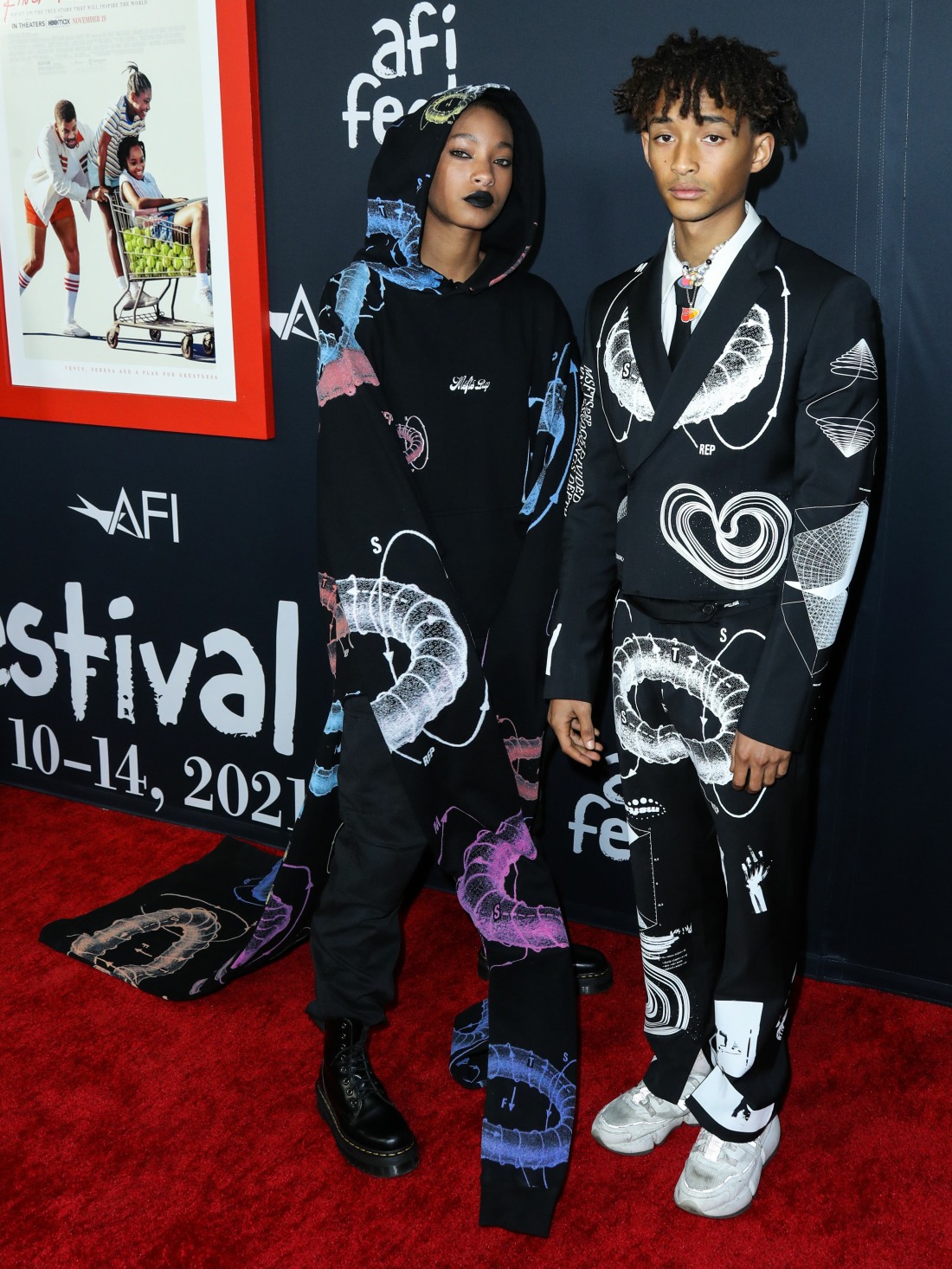 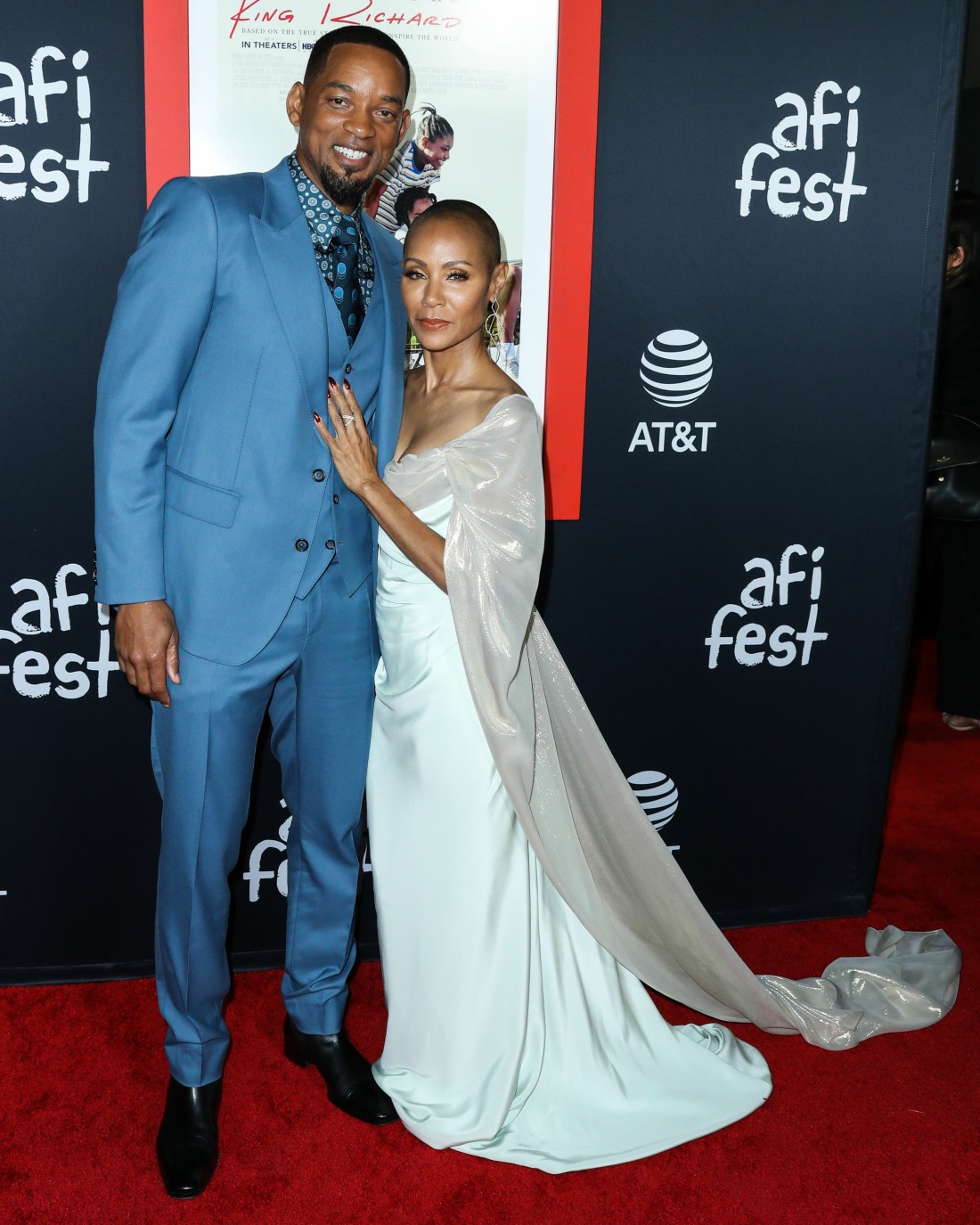