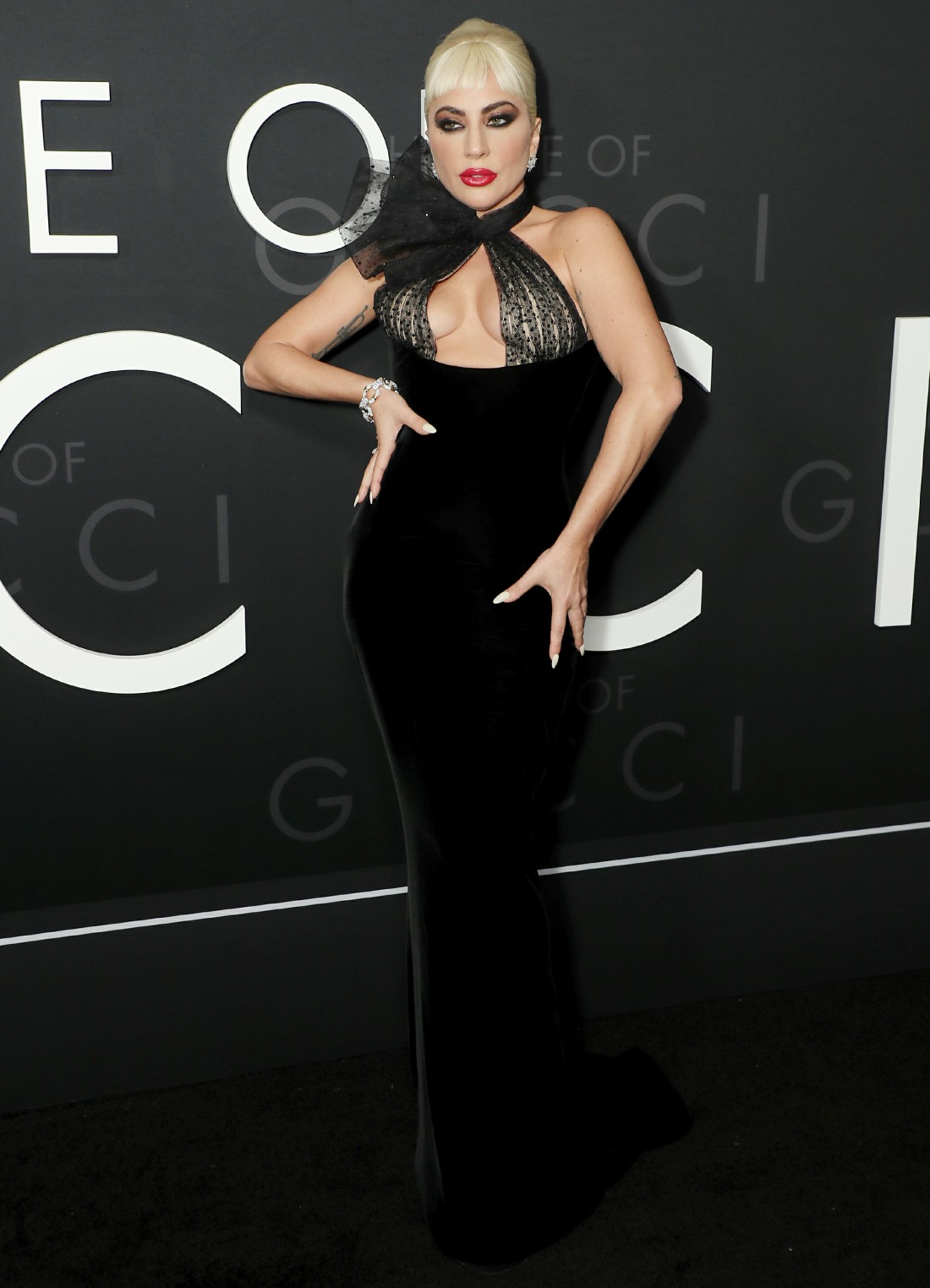 Last night was the big New York premiere of House of Gucci at Lincoln Center. All of the major stars of the film came out for it! One of the things I’ve liked about Lady Gaga’s fashion tour for this film is that she isn’t just wearing Gucci in some kind of cross-promotional blitz. No, to get Gaga to wear Gucci all day, you’ve got to give her a contract with the fashion house. I imagine that’s what her stylist has said! So Gaga went with another famous Italian fashion house for the New York premiere: Armani. Velvet Armani and bangs. I love the gown and hate the bangs. I get why she’s blonde now and I even understand why she’s doing this dreadful shade of white-blonde, but it makes me sick that she doesn’t try out the dark hair in life.

I’m also including photos of Salma Hayek (I think she’s wearing Gucci), Jared Leto (Gucci) and Adam Driver, who continues to wear the most conservative, boring suits to his promotion. No pizzazz whatsoever. It’s fine, I guess. Adam brought his wife Joanne Tucker to the premiere, which is pretty rare these days. Oh, and Al Pacino was there. Gaga has such a soft spot for older gentlemen – Ridley Scott, Pacino, Tony Bennett. It looks like Pacino’s people gave him half a fake tan?? 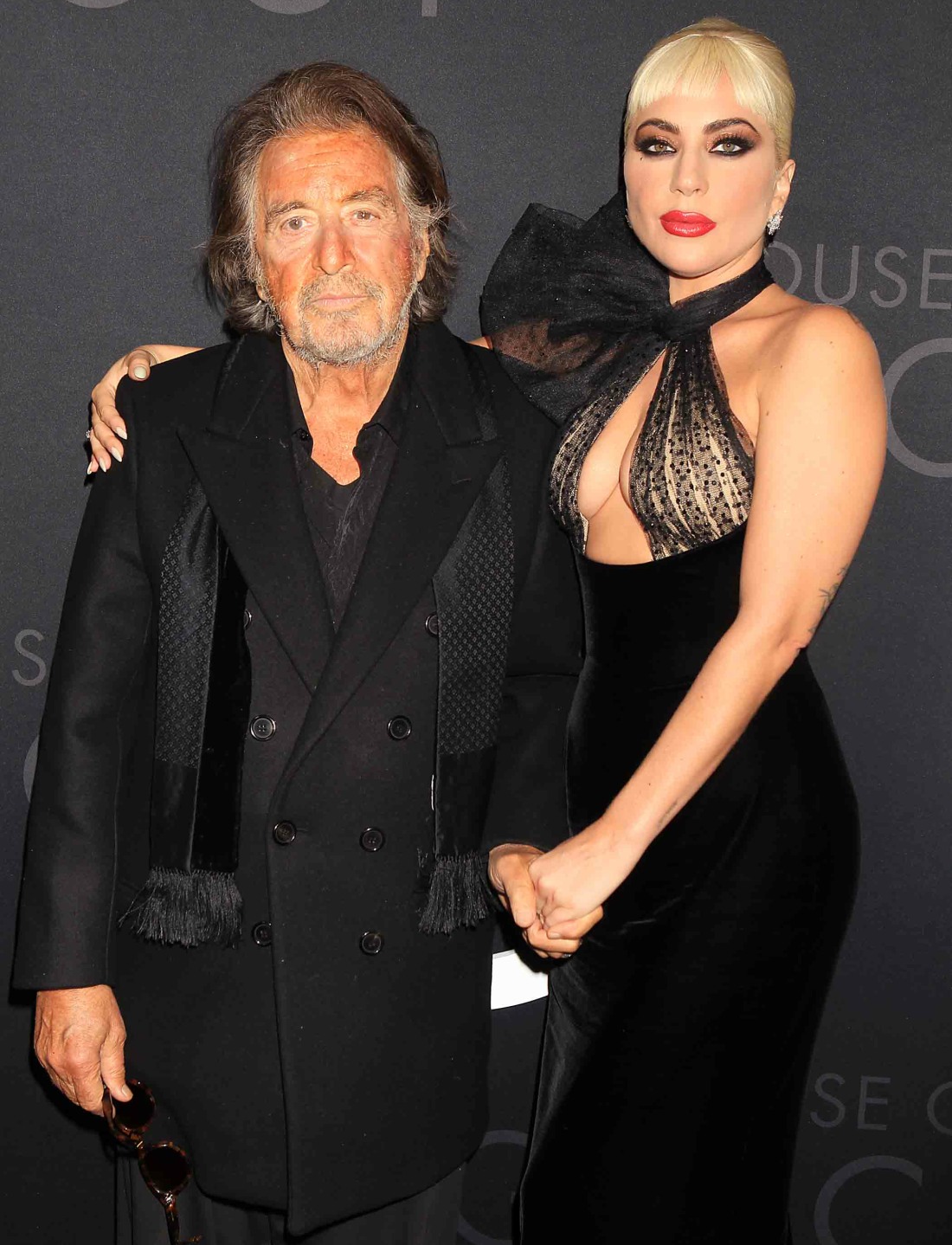 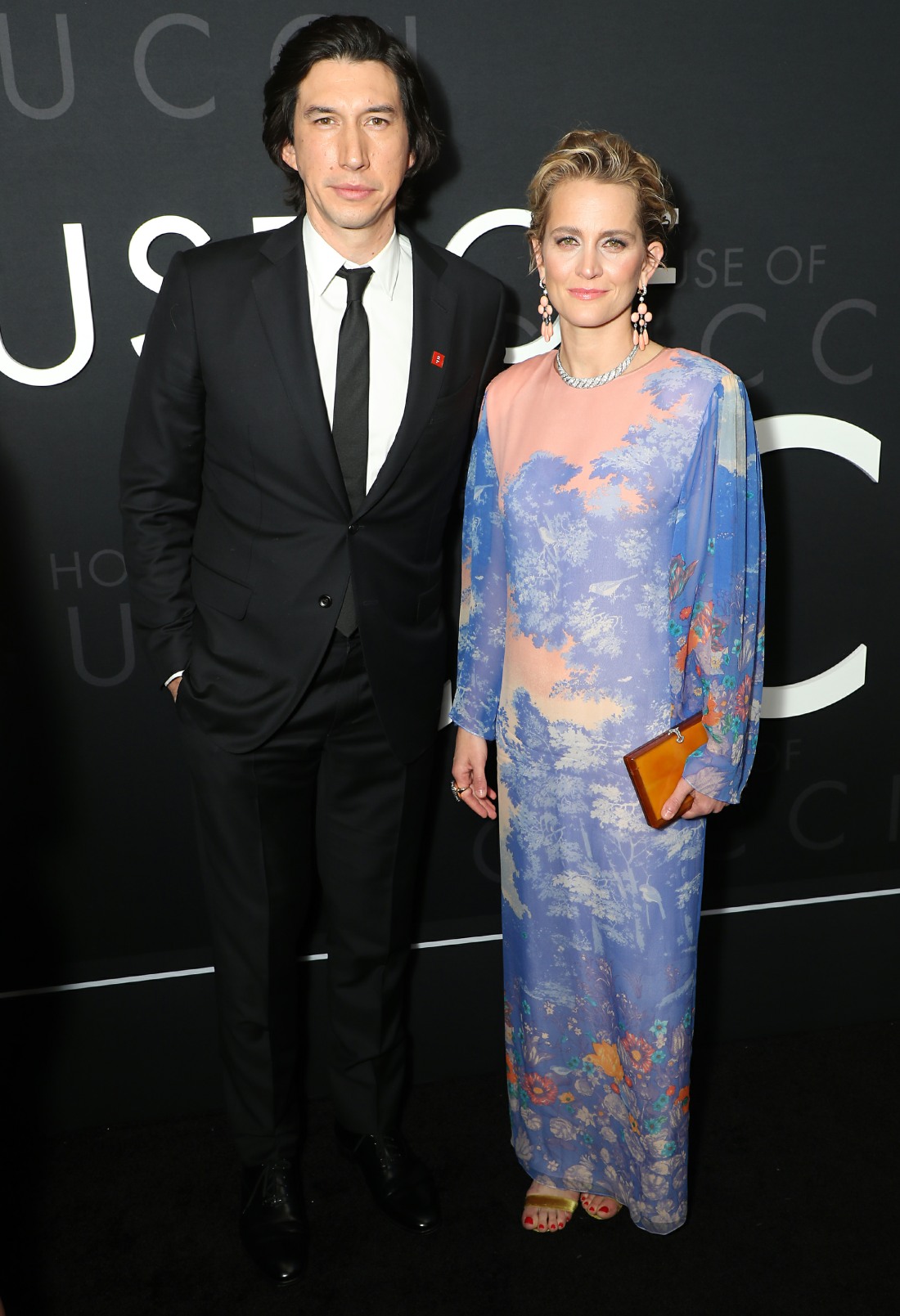 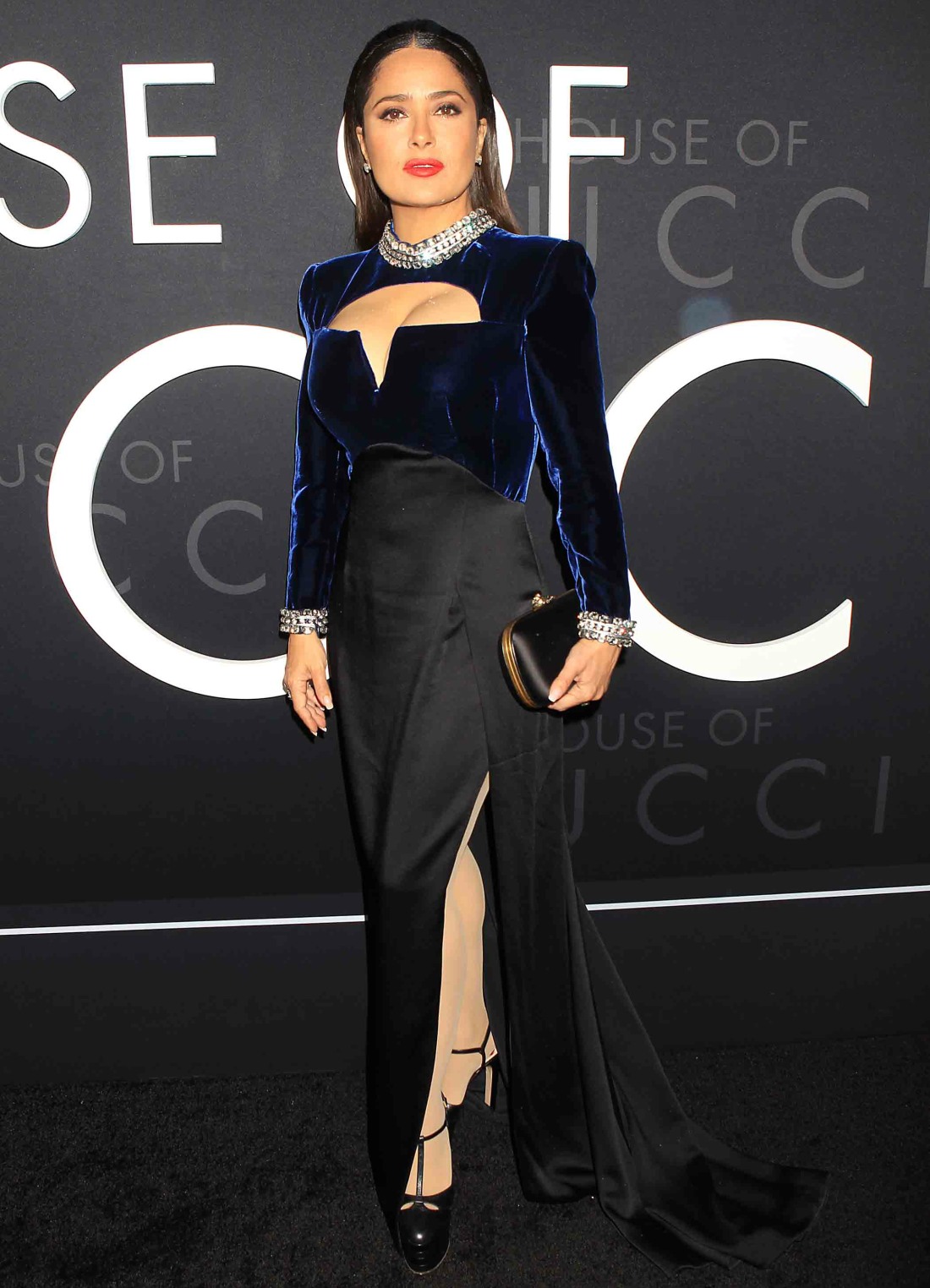 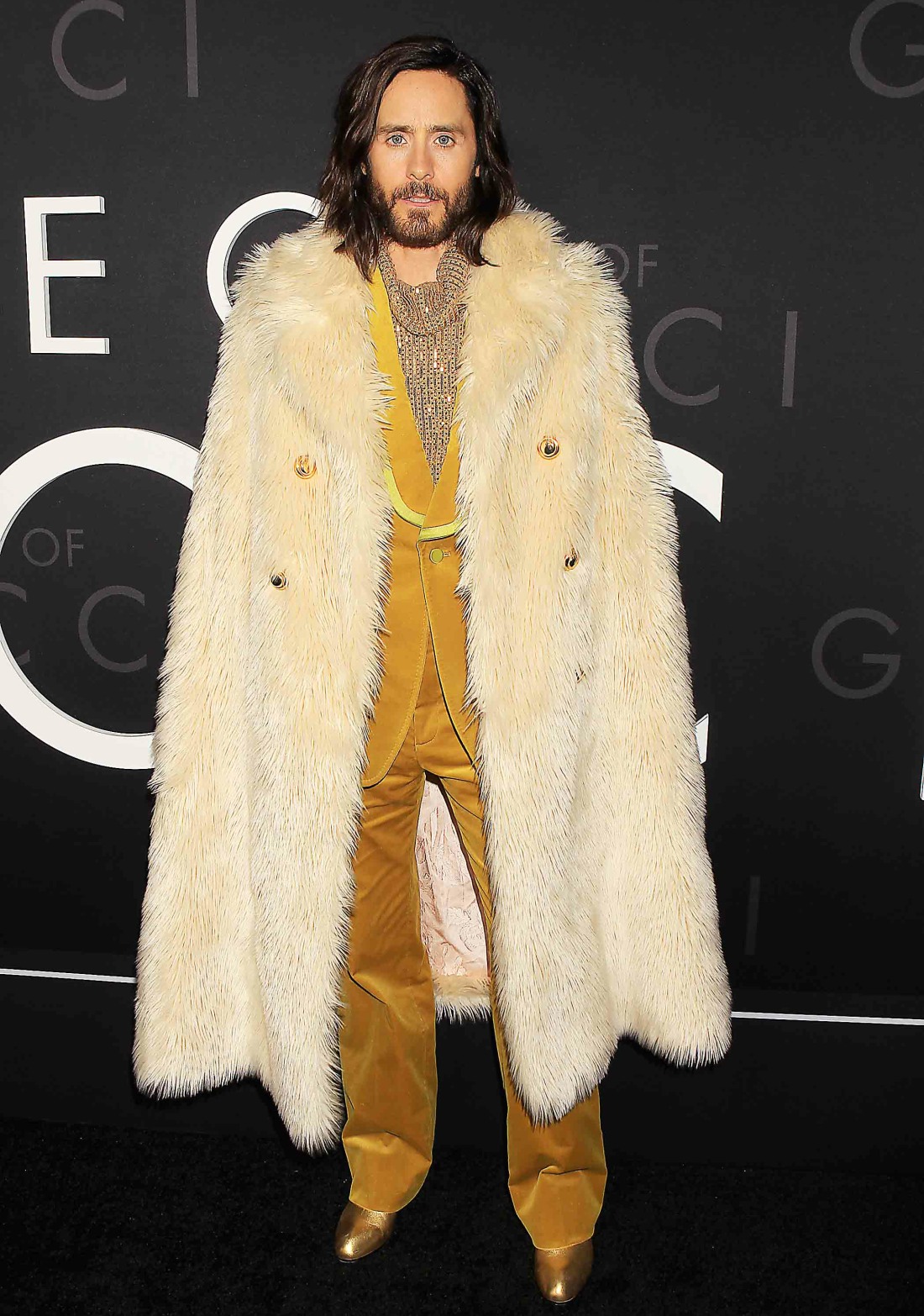