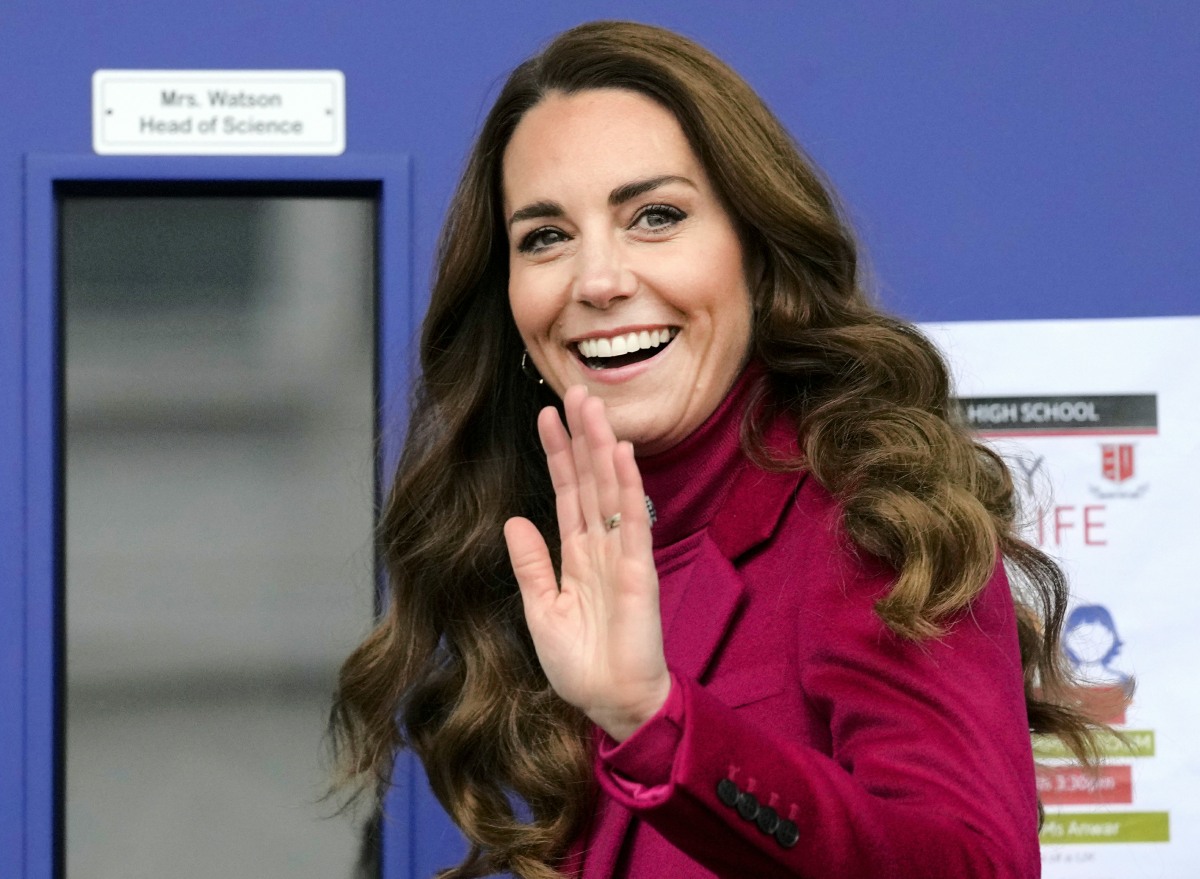 Last Wednesday, the Duchess of Cambridge did a “surprise” visit to a school. Since it was happening as America was headed out for their Thanksgiving holiday, the photos and the visit did not get that much play in the American media, or the British media (as it turned out). Considering how hard Kate was posing and keening, she probably expected the photos to buy her at least a week’s worth of headlines, but that’s not the way it worked out. Kate wore a coat and matching sweater from Hobbs, at a retail cost of £299 and £75 respectively. I don’t have an ID on her trousers but they’re not great. This is her new style though, the trousers and matching sweaters and coats. It’s her new keen uniform. I’m more curious about the new wavy hairpieces she’s been wearing, but no word on that. Anyway, I was interested about what this event was actually about and thankfully, Kensington Palace packaged it nicely for People Magazine: it was about Kate being keen about brains.

Kate Middleton showed her deep enthusiasm for the science backing up how a child’s early development can influence a person’s potential and mental wellbeing. Joining a class and teachers at a school piloting new learning materials on Wednesday, the royal mom of three saw how kids are being helped with new tools to understand the brain in some of its earliest stages.

Kate, 39, has made the early years a key part of her public work and recently set up a department of the Royal Foundation dedicated to it. As she digs deeper into the subject, she is immersing herself in the science about how the building blocks of the brain are vitally important to determine someone’s mental health. On Wednesday, she saw a new project in action at a school in northwest London. Drawn up by the Secondary Education around Early Neurodevelopment project at Oxford University, it has been taken by around 3,700 pupils in the U.K. so far.

“She completely understood how we need to give more gravitas to this and that everyone needs to understand and make that connection between your brain development and your future long-term health. She repeated that a few times back to me,” Dr. Elizabeth Rapa, Senior Post Doctoral Researcher at the SEEN Project, tells PEOPLE.

Kate went around the classroom’s tables one-by-one, seeing projects the 12- and 13-year-old students were undertaking including a look at slides showing neural connections at different ages of a baby’s brain. One pupil said that they were “building a brain” when they spoke with their younger sibling or baby.

“She was really impressed about that,” Dr. Rapa adds. “That’s the connection she wants everyone to make. This is not just scientists talking about brains — it’s that actual real life change of practice and behavior that’s important.” Adds Rapa’s colleague Dr. Louise Dalton, Consultant Clinical Psychologist: “She was genuinely excited to see how much the students had learned and understood about the science.”

The Duchess of Cambridge was keen to see the classroom in action because it closely aligns with the work on early childhood and its influence on future outcomes for a person’s health or mental wellbeing or their potential. In a roundtable chat at the Nower Hill School, Kate “was saying we need to change the conversation about how we think about adults in respect to what happens to everyone during the early years,” Rapa adds.

“It’s not what’s wrong with you but what’s happened to you — that’s quite a common phrase but it was one of the first things she said to me,” she says. “She clearly gets it. It’s clear to see how enthusiastic she is about it and how we all need to have this level of understanding — from the police to solicitors to teachers to people who work with children. It’s obviously her absolute passion to get that out. This has really hit a chord with her.”

Duchess Obvious strikes again! You mean to tell me that brain development is linked to long-term health?? THIS IS NEW INFORMATION!! I mean, I get it and I actually respect the fact that KP is using these dumb busy-work events to highlight the work being done by competent professionals. But again, for the millionth time, all Kate is doing is showing up, halfway taking credit for the work of professionals and getting them to compliment her and act like she’s their peer. In this case, it was just an excuse for Kate to wear some new clothes and make faces at multicultural children. 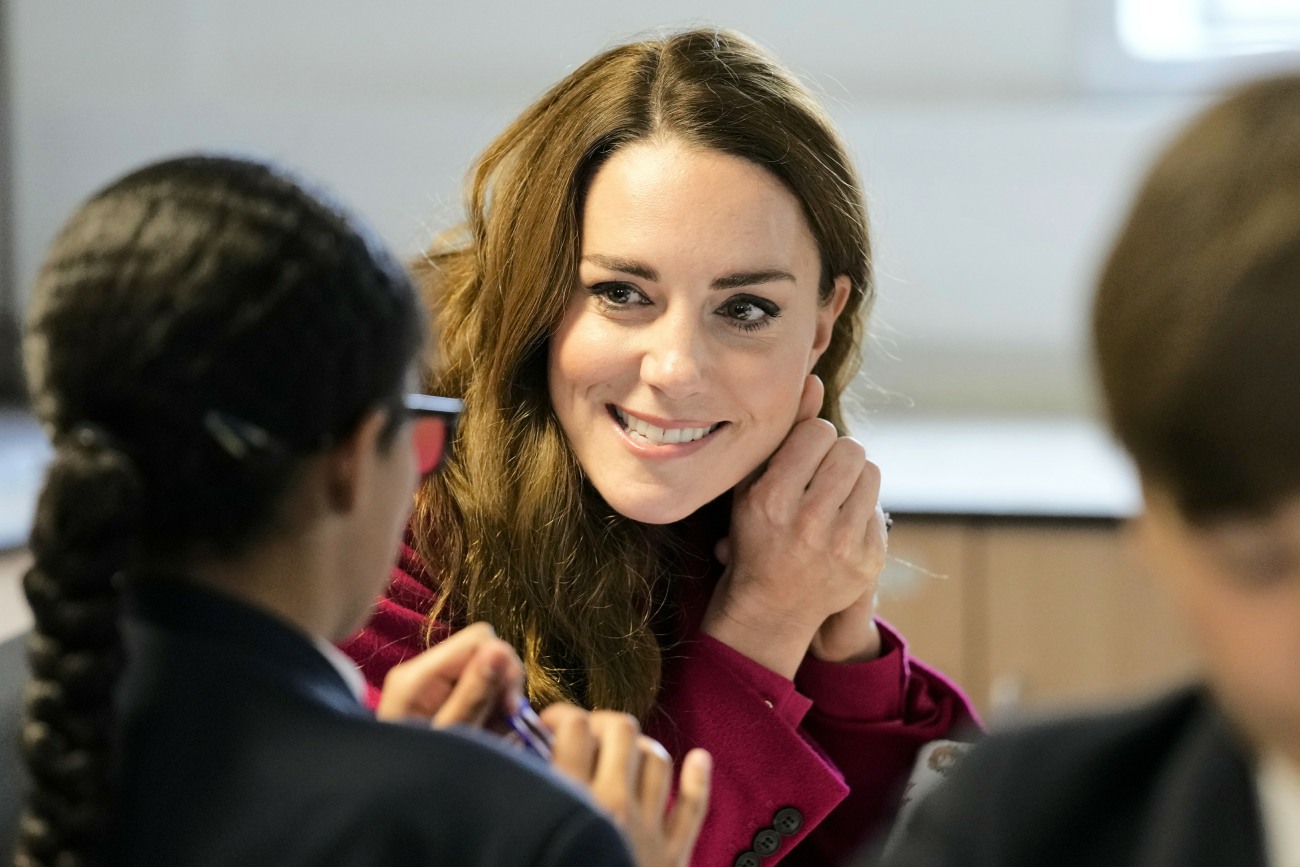 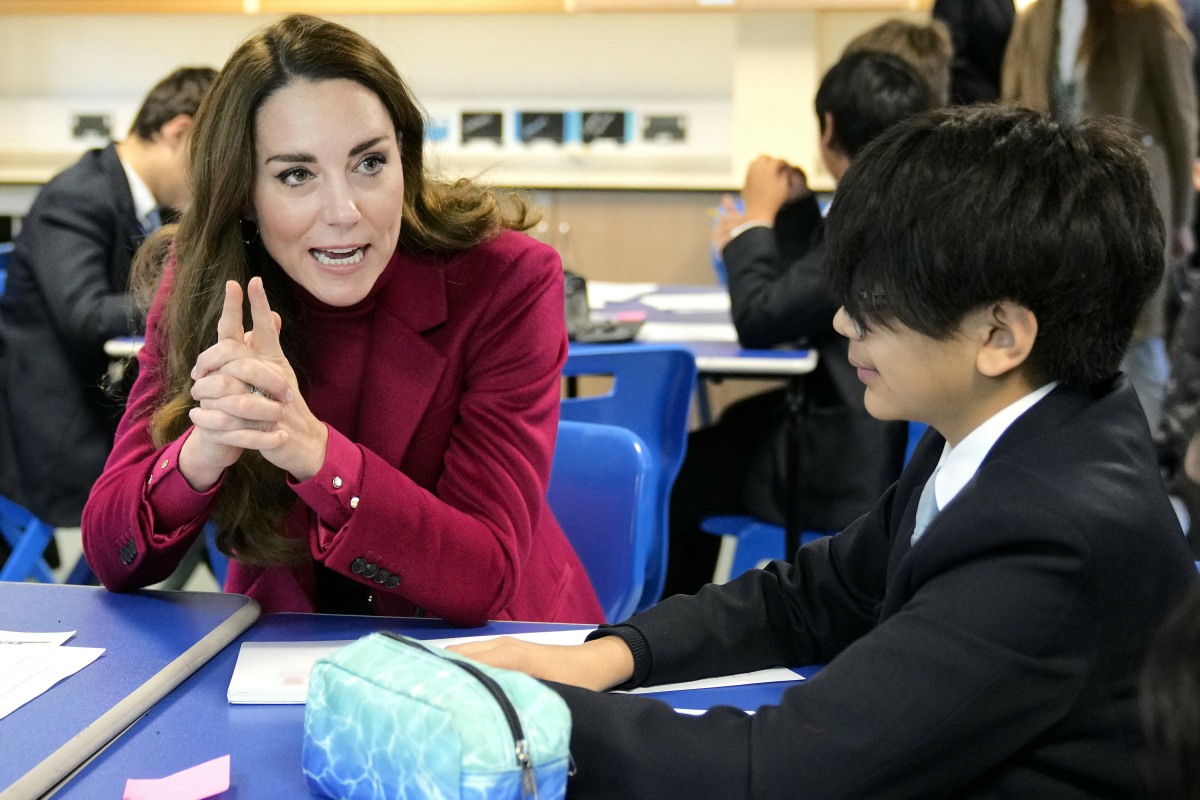 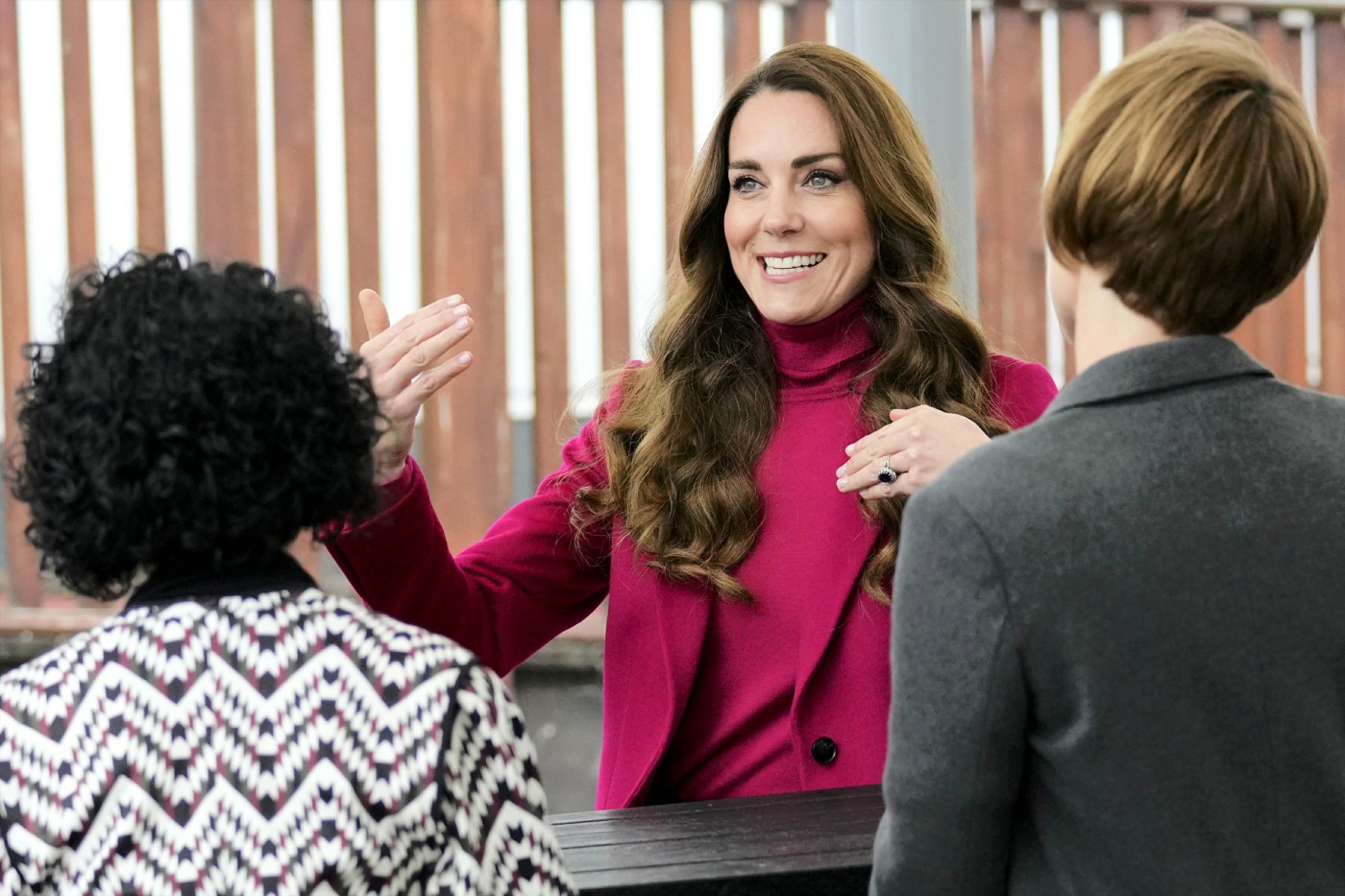