Issa Rae: criticism of Insecure ‘made me want to show the messy parts’ 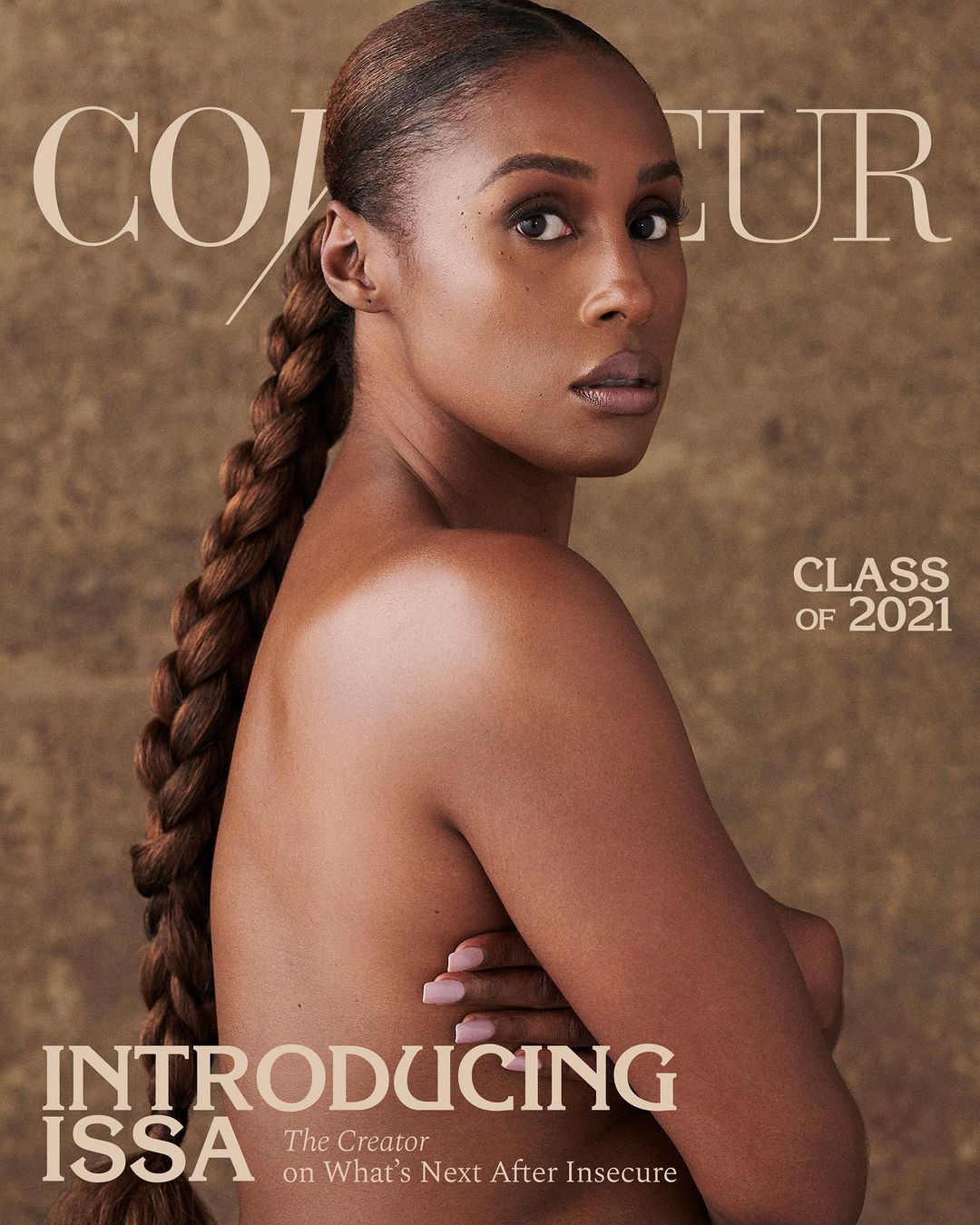 Capricorn darling Issa Rae has been on the rise for quite some time. Issa has been making the rounds to hype the series finale of her hit show, Insecure. In true earth sign fashion, Issa has never been someone who sits around and waits for the next best thing. Issa has already started her newest project, Rap $hit, and has signed a five year $40 million deal to produce content for HBO. Those are just two of the many things Issa is working on. Did I mention that Issa also had the nerve to drop a whole ass wedding on us last summer? Issa is profiled in The Coveteur where she discussed ushering in an era of diversity in the film industry, separating her private life from her public persona and how the love story in Love and Basketball inspired her to become a writer and producer. A few highlights:

On diversity in the industry
“I do think that there is a conscious effort for change. So I have a lot of optimism and I think there’ll be more opportunities in the future now that there’s more of us in writers’ rooms and in executive roles… It’s really frustrating to shoot in neighborhoods that are predominantly Black with a crew of predominantly white people.”

On interest in her private life
“I think I’ve also become so business-minded in this industry, too. There’s a separation from who I am as a person and what people see and who they think I am. That’s not something that I’ve tried to do, but it’s something that has naturally happened over time… I’ve always been a pretty private person, especially once people started caring more about my private life. That just kind of weirded me out.”

She gets up at 4am to work out
“I always had this thing where I felt behind and [waking up early] makes me feel like I have a handle on my day. I’m able to exercise and reflect, and it just makes me more optimistic about the day, it’s really refreshing.”

On the idea that shows about Black people have to represent all Black people
“Like, give me a f-ing break. This show isn’t about all Black women, it’s very specific to the experiences of me and my friends. So, don’t put that sh-t on me and claim that I’m ‘airing dirty laundry.’ What do you want to see? Something perfect? That made me want to double down and show the ugly parts, the messy parts, and everything in between. I’ve seen so many different ways of being Black. We’re limitless in that way.”

The movie Love and Basketball inspired her
“That was the first time I saw a coming of age story that focused on Black people falling in love. I devoured every piece of behind the scenes content, I listened to the director’s commentary. I just fell in love with everything about the movie and it reflected the stories that I wanted to tell.”

I love how Issa dispels the notion that offering more of your private life adds authenticity and makes you more money. As an admirer of several celebrities, I love it when I don’t know much about their private lives. The mystery is what intrigues me. That’s not to say that I am not nosey AF but at the same time I appreciate the celebrities who draw that line like Issa. Issa just seems extremely grounded to me and I love how she has decided to lead her life. Issa has been saying for quite some time that she cannot write shows to represent every Black person’s experience. I agree. There are commonalities in our journeys that I recognize when I watch a show with a predominant Black cast but I don’t always relate to the characters. However, that does not mean I cannot enjoy the art. I love how Issa writes characters that represent the microcosm in which she grew up in. I may not know what it is like to grow up in L.A., but I know what it’s like to be awkward, to feel disappointed, and to make terrible decisions because I get butterflies in my stomach.

Can we also take a moment of silence for how Love and Basketball was the catalyst that gave us Issa Rae? Love and Basketball was one of my favorite 90s film outside of Love Jones and Jason’s Lyric. I agree that the 90s felt like the golden era of Black TV and film and I personally would like to see the same diversity on screen that I grew up with. It makes absolutely no sense that we have seemingly gone backwards as it pertains to representation. I agree with Issa when she said that we must make sure that the representation that we are pushing for on screen happens behind the scenes. This is why I admire Ava Duvernay’s Array Crew initiative. I appreciate how Issa is making sure to get her ducks in a row so that she can make enough “f*ck you” money in order to make her own artistic decisions like Shonda Rhimes. For me, it is the only way BIPOC will be portrayed more accurately and seen in the film industry. I am glad Issa is a better person than I am, because there is no way in hell I’d be getting up at 4:30 am. That is probably why Issa is signing $40 million deals and I am sitting in Houston on my sofa in my PJs scrolling through Twitter. 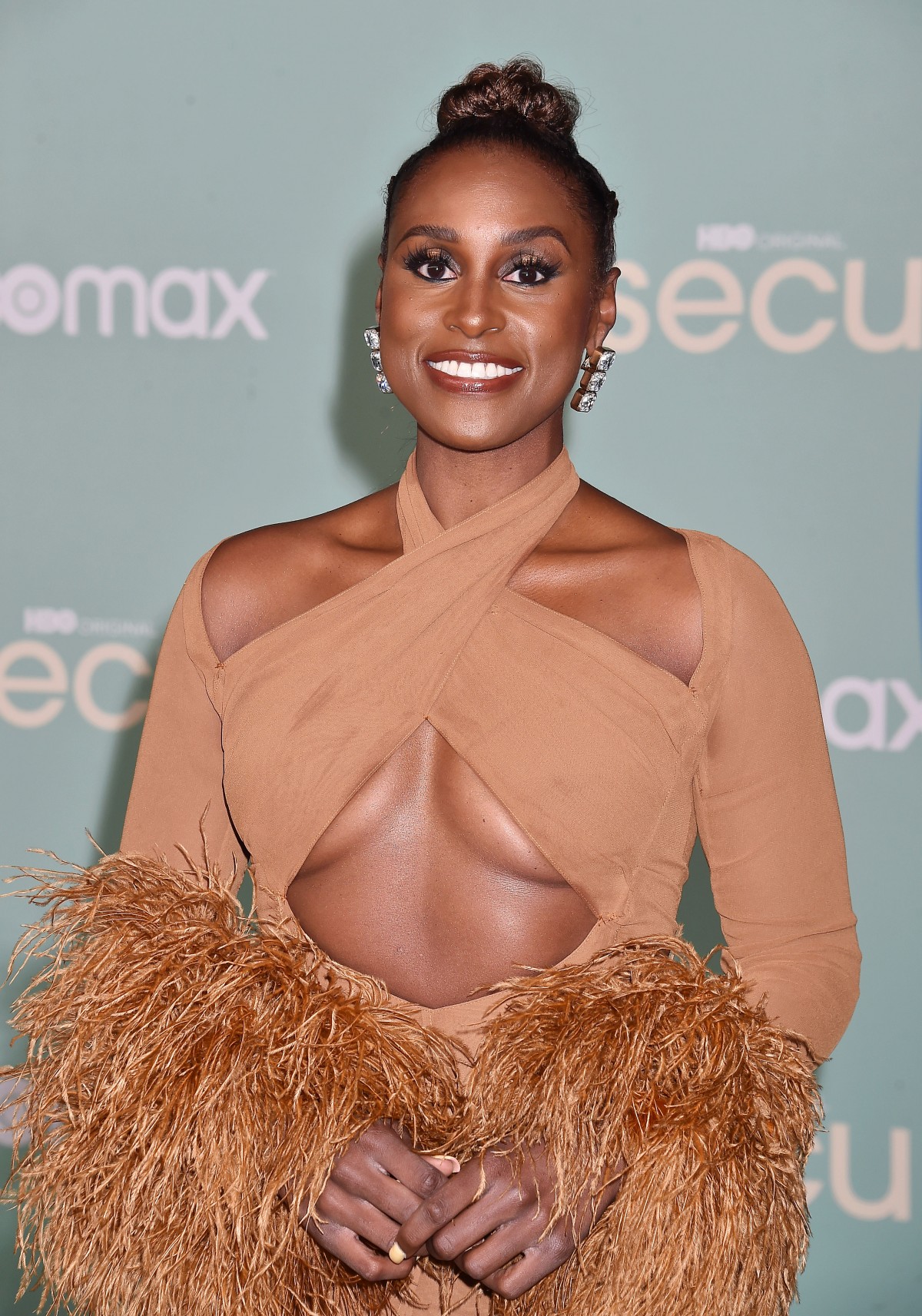 4 Responses to “Issa Rae: criticism of Insecure ‘made me want to show the messy parts’”