Gabrielle Union in Valentino at the Fashion Awards: amazing and dramatic? 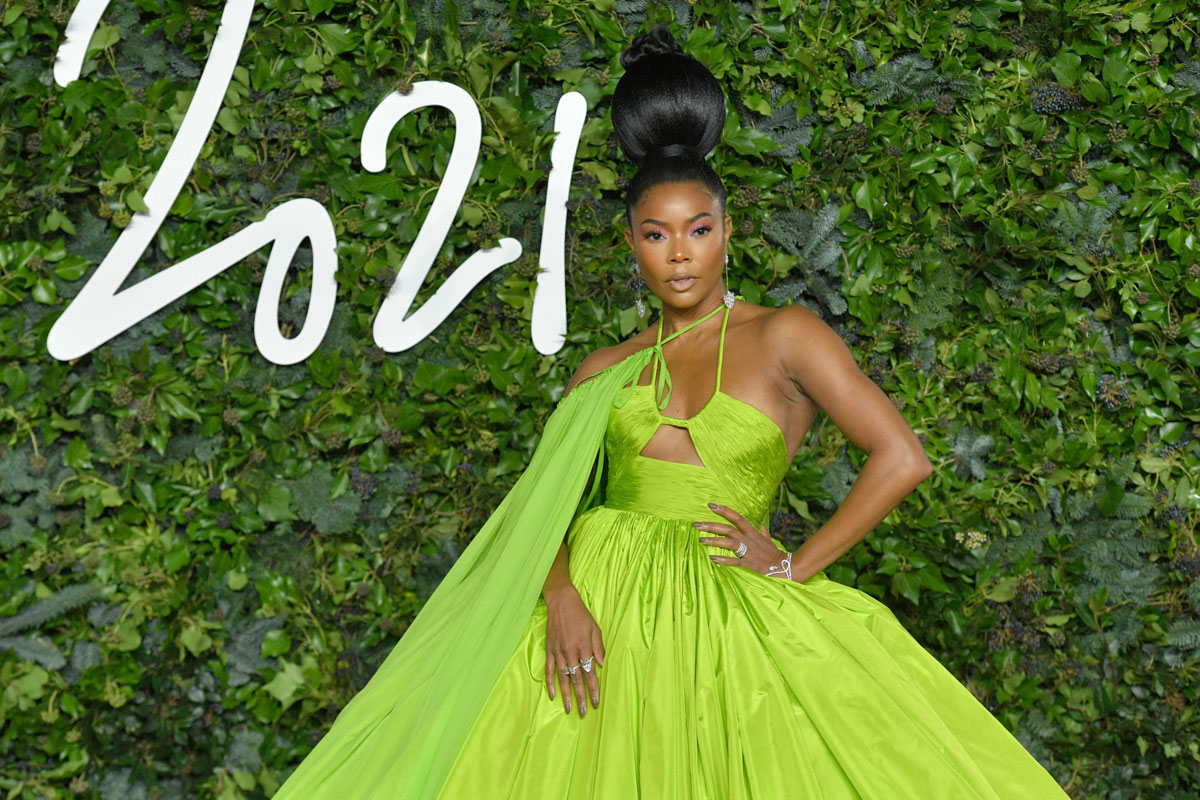 There was a great turnout at last night’s Fashion Awards in London, which named Kim Jones of Dior Men and Fendi as designer of the year. Here’s a link to the list of designers who won. First off was Gabrielle Union in a huge bright green Valentino with a side cape and a cutout bodice. I love the big poof in her hair I just wish her makeup wasn’t so subdued. A lot of women were wearing toned down makeup so that must be on trend. You know I like a giant Valentino gown, it fulfills my childhood Barbie fantasies. Just once I would love to wear an enormous dress like that – with all the diamonds too! 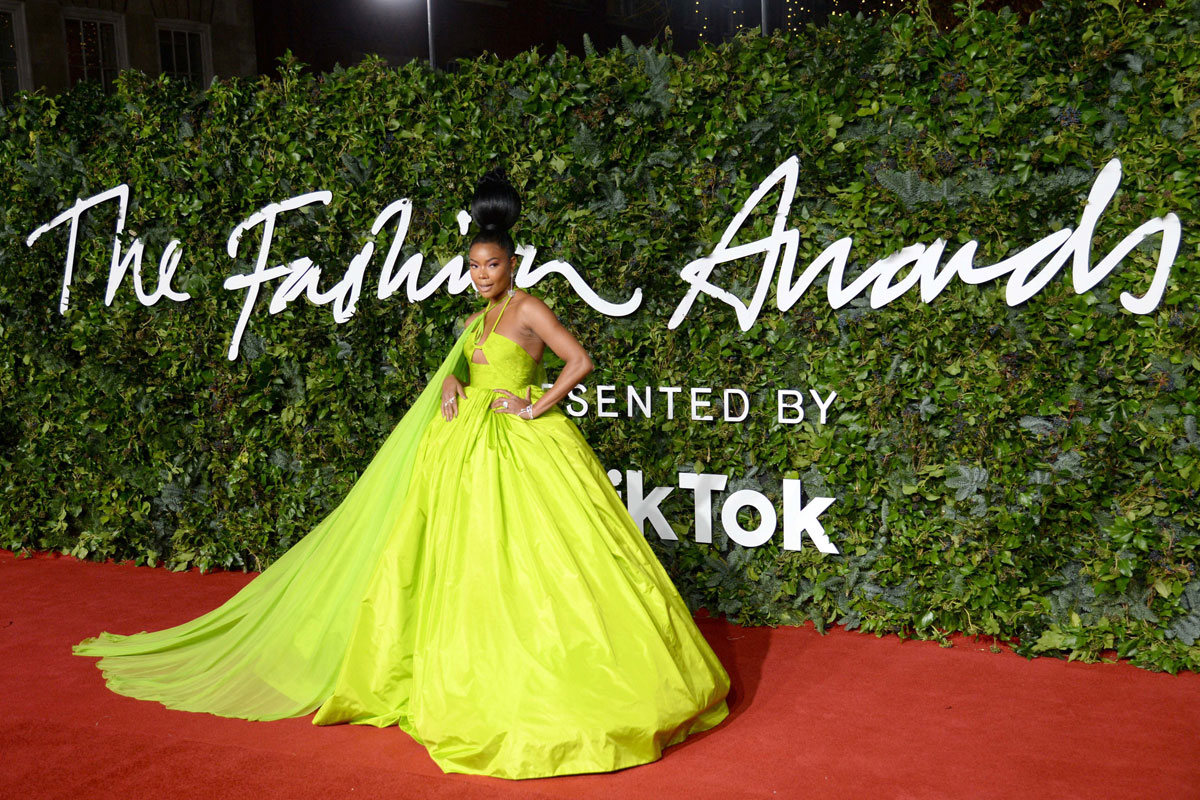 Billy Porter hosted, and he made his entrance in a houndstooth sequin Richard Quinn look with pointy shoulders. He was surrounded by acrobats in floral Richard Quinn jumpsuits. I’m trying to decide if Quinn should have coordinated the dancers’ looks with Porter, but that might have been too matchy looking. 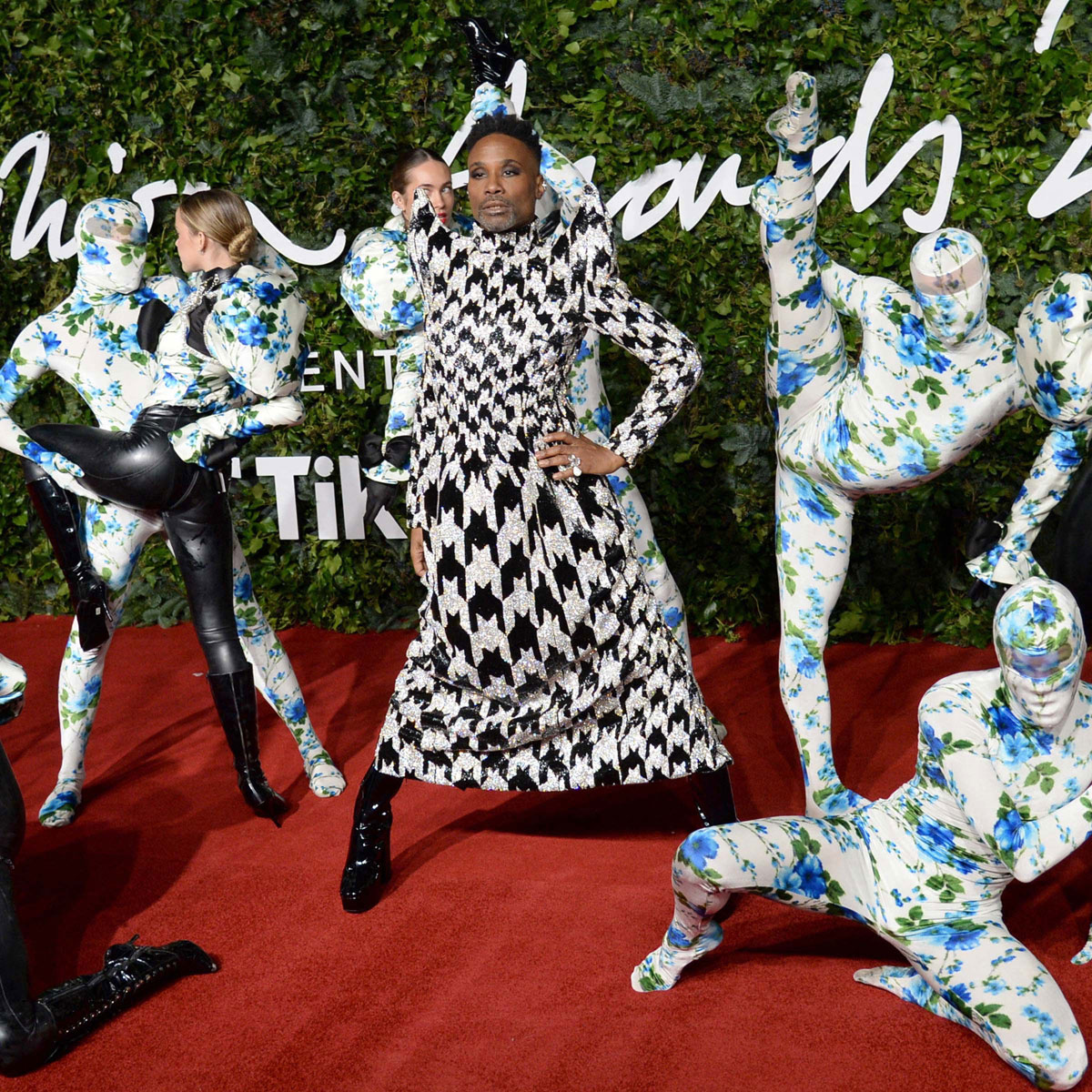 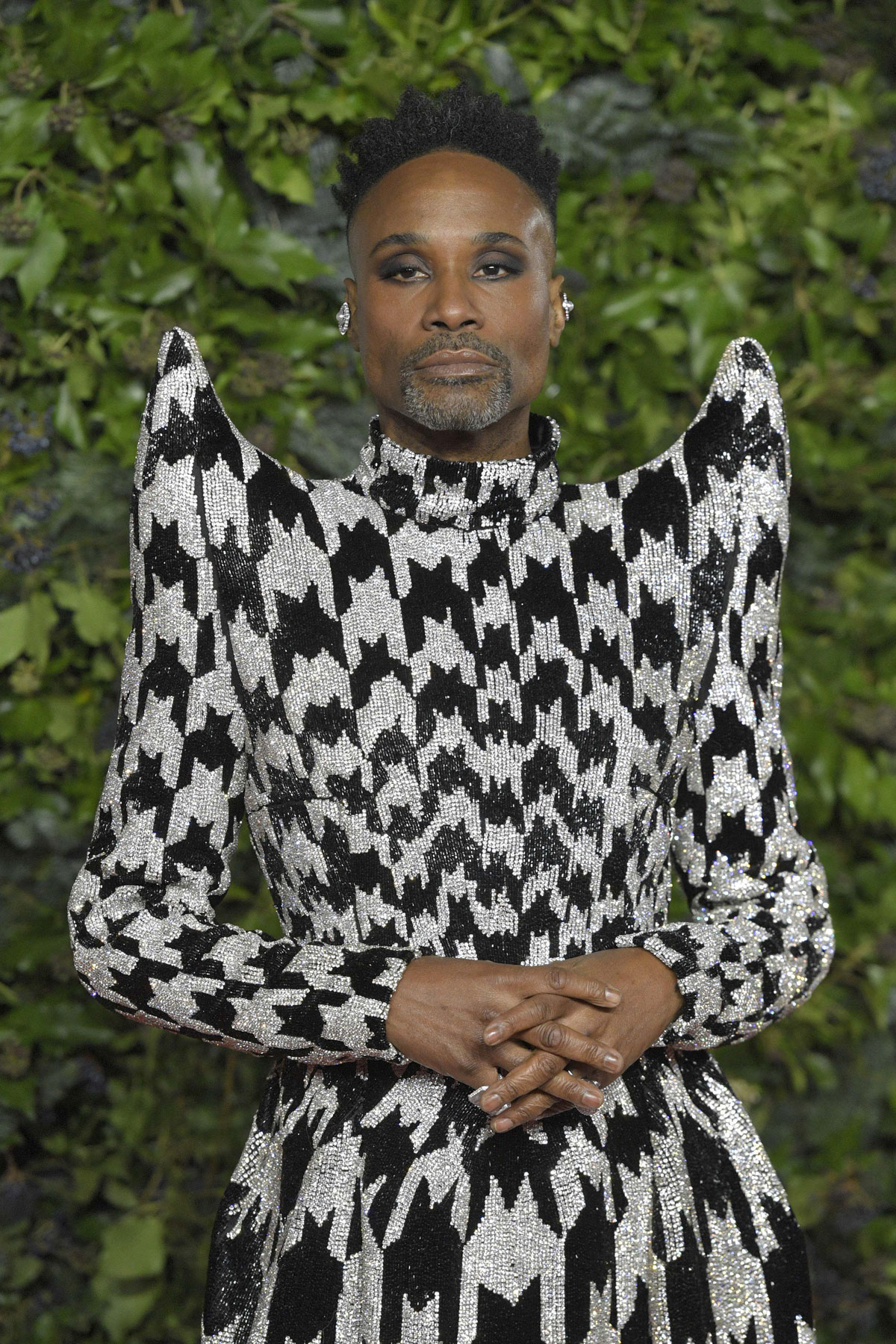 Model Munroe Bergdorf looked like a Disney villain in this Richard Quinn ensemble. She’s the lizard queen who lures in children with her mesmerizing eyes. I love how she’s playing that up too. 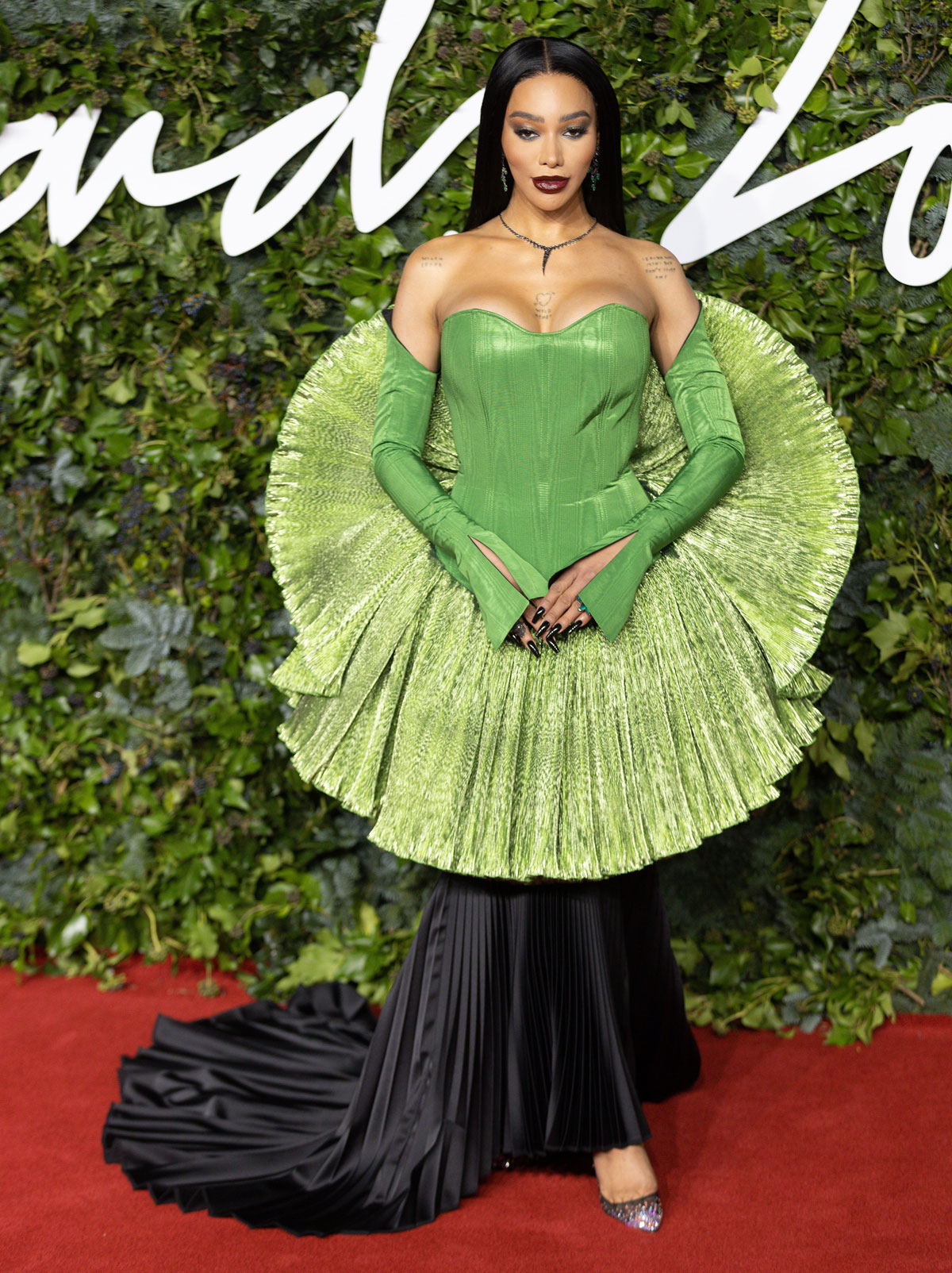 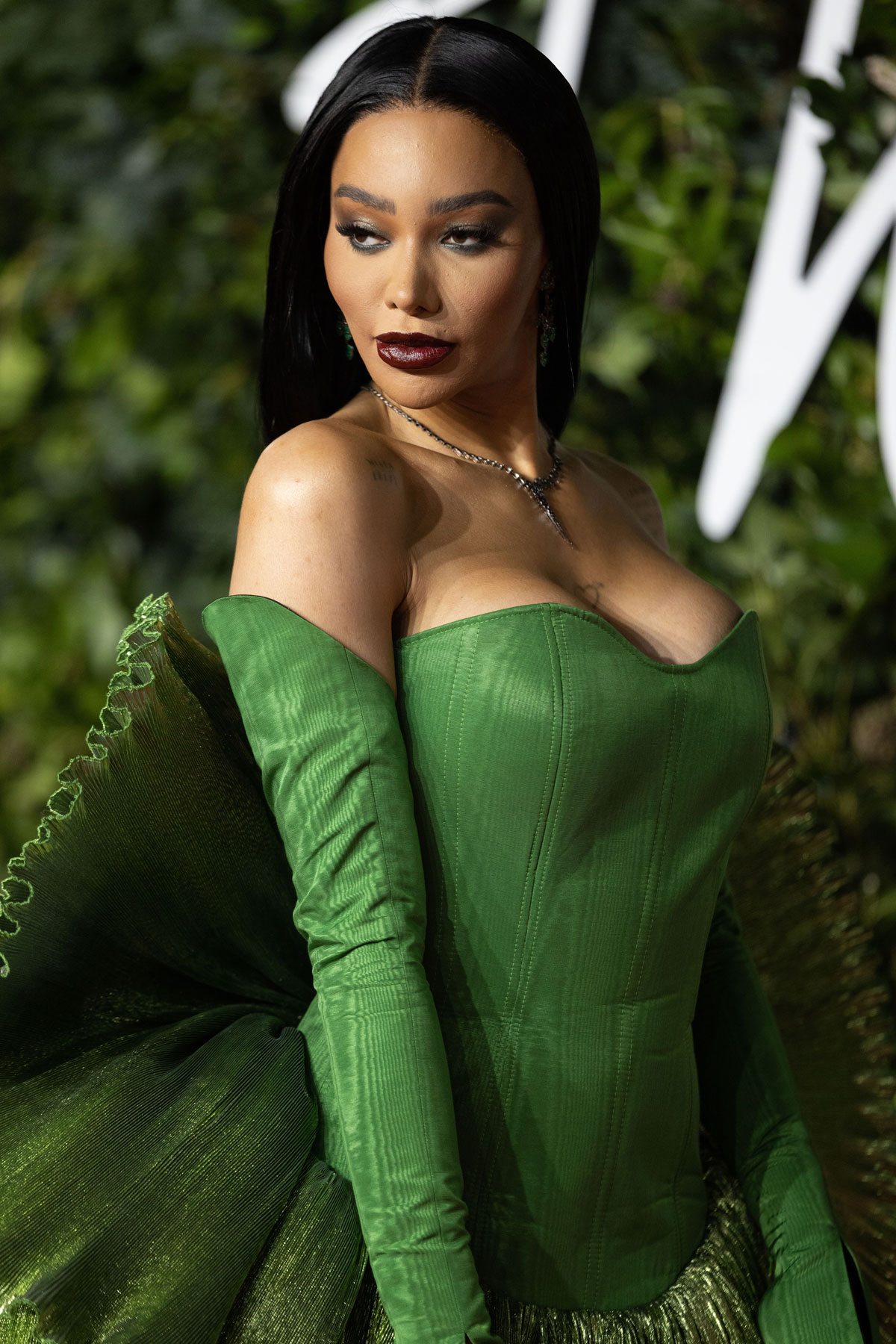 Addison Rae got the worst Richard Quinn. You might wonder why she was there, but this event was sponsored by TikTok. Look at how uncomfortable she is in that ill fitting garish pink and silver bodice and tight mermaid skirt. She looks mad in some of the photos. It’s what she deserves. 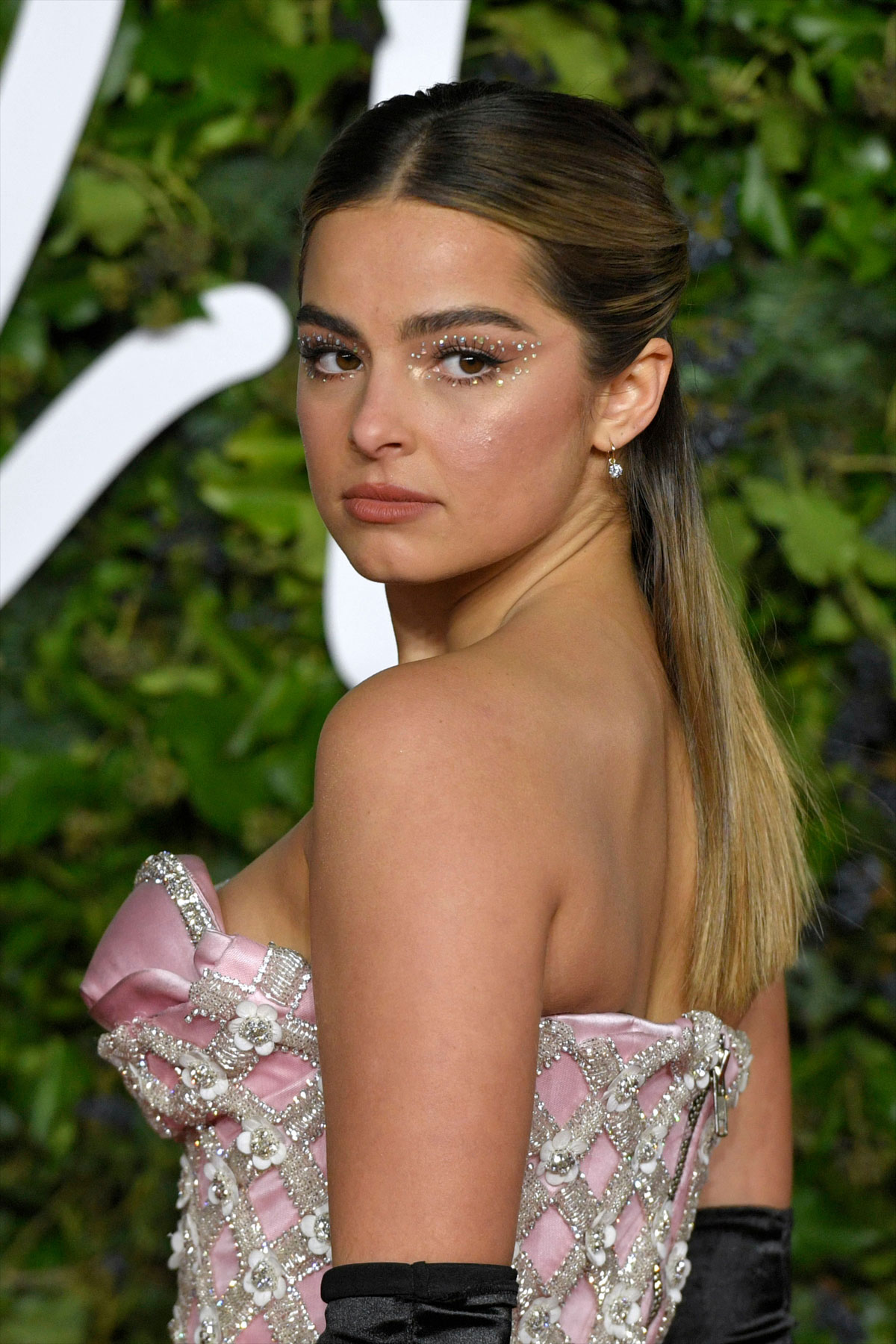 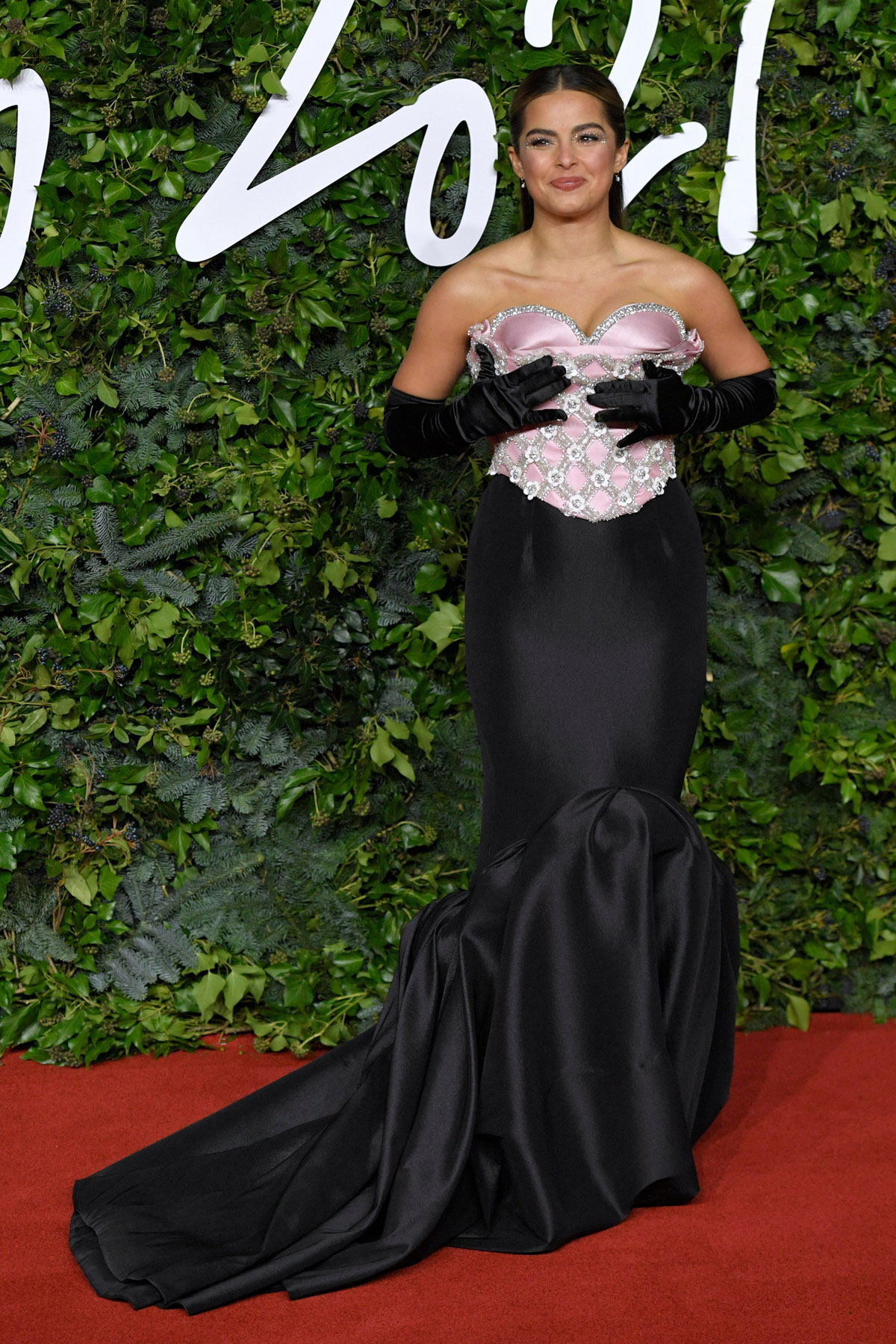 This is Lily Allen in Fendi. I really like the idea and execution of this suit. It’s a tuxedo suit with just the lapels and I don’t think I’ve seen that before. It’s hard not to notice how small she is now. 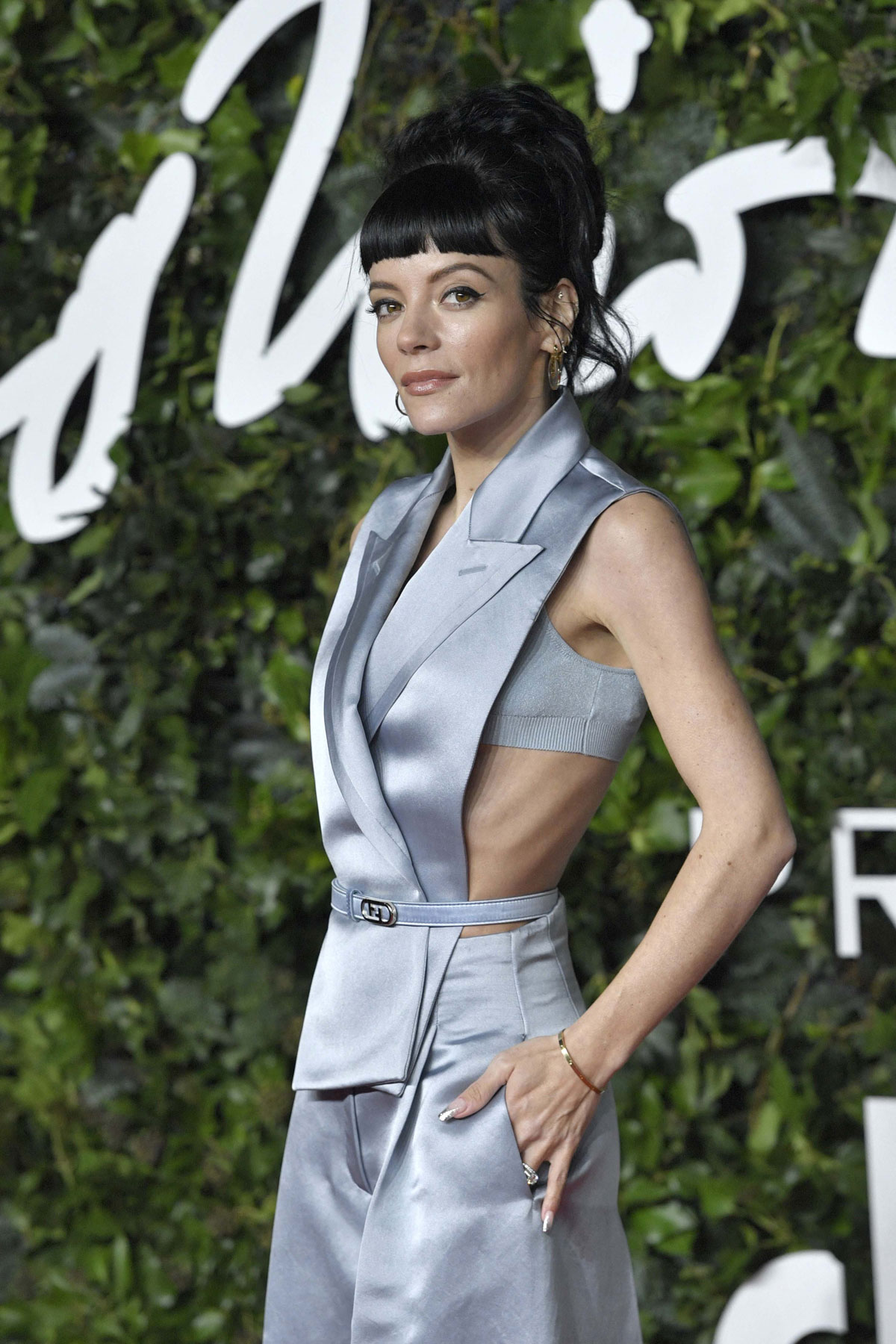 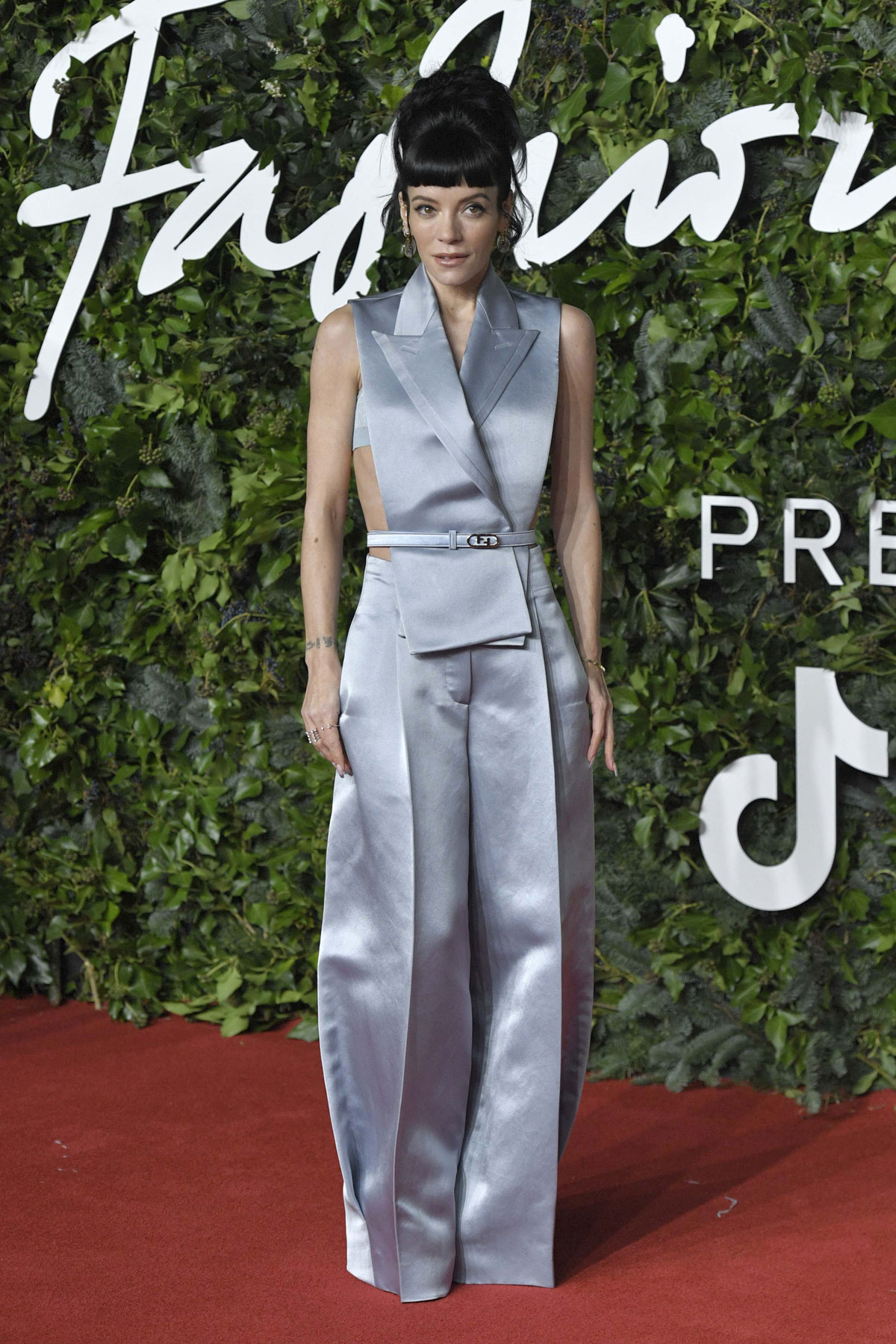 Gillian Anderson was in Chloe, and she was there with their Creative Director, Gabriela Hearst. This looks so comfortable but it’s a mumu. 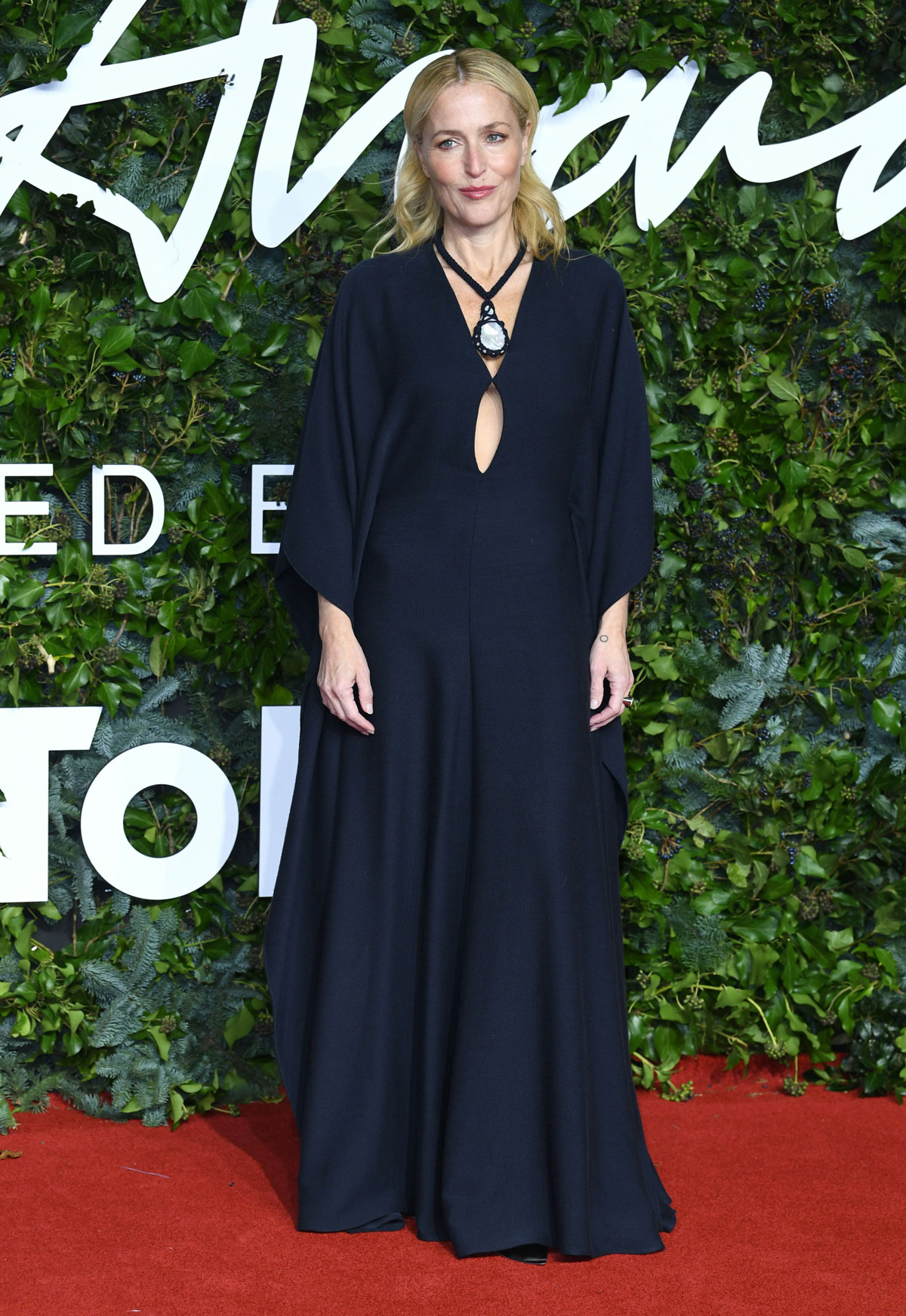 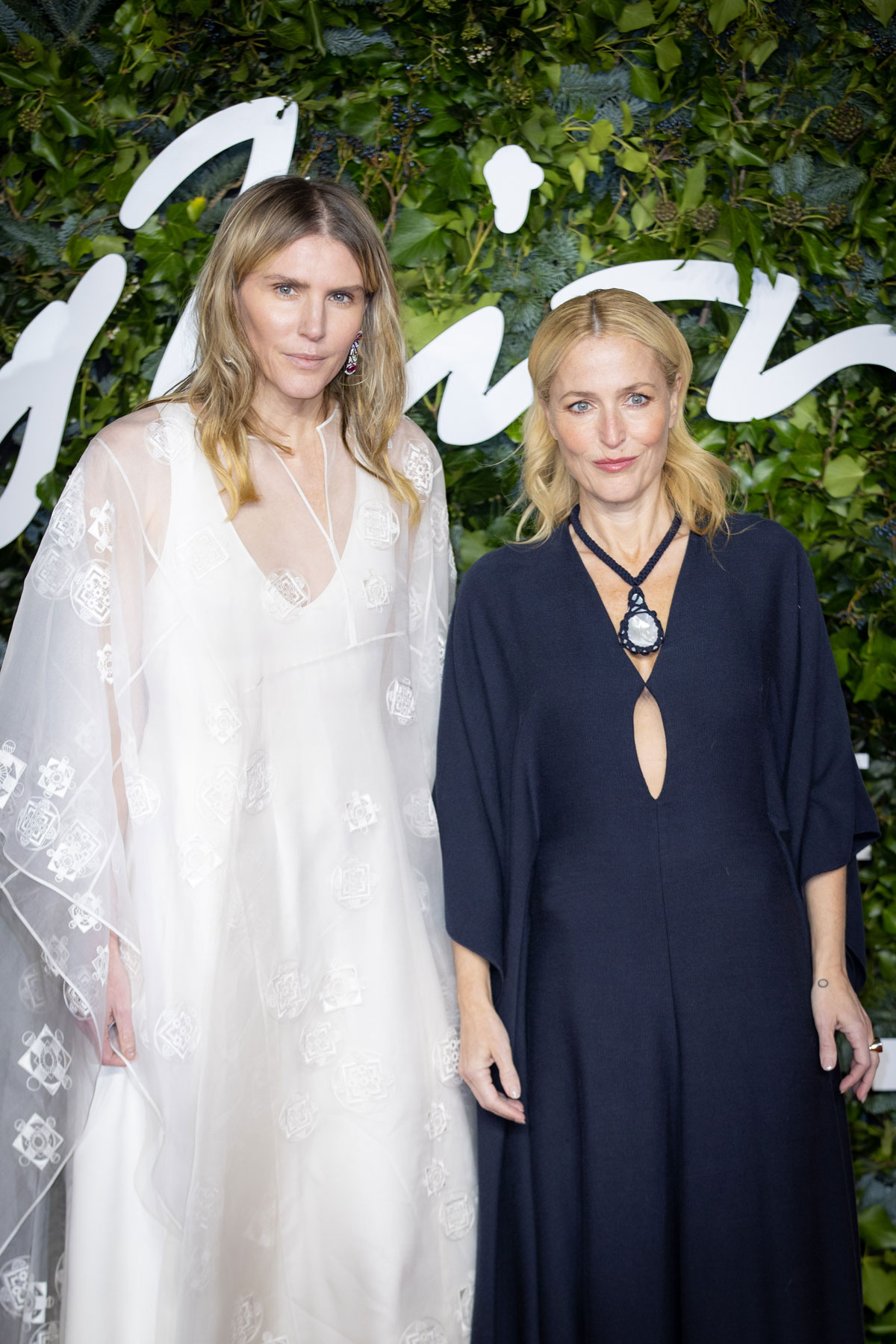 Finally here’s Charlie XCX in a black sequin Tommy Hilfiger. We’ve seen this dress from so many designers! Someone phoned this in, but it’s not bad overall. I bet Addison Rae wishes she had this gown instead. 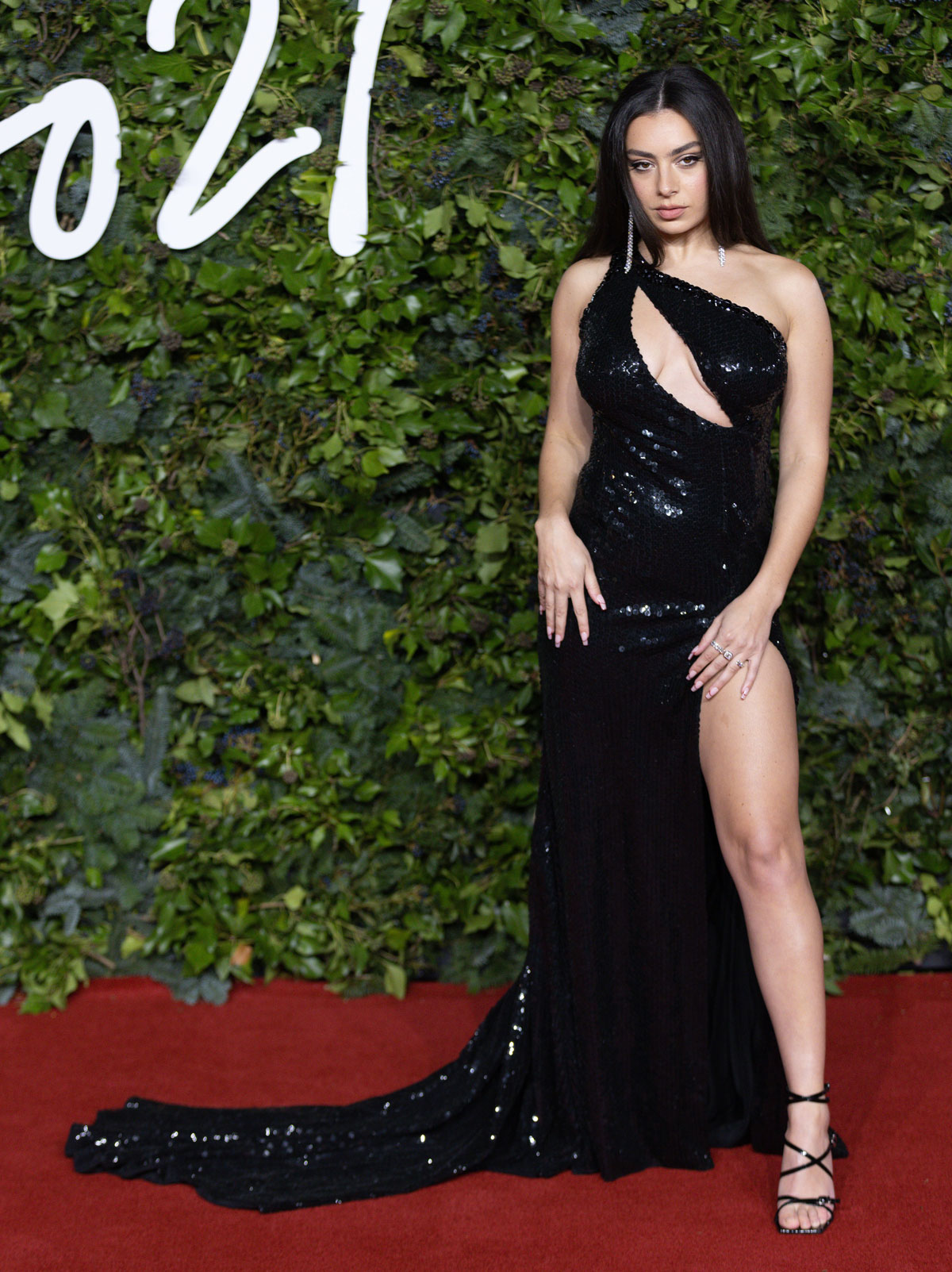 25 Responses to “Gabrielle Union in Valentino at the Fashion Awards: amazing and dramatic?”