Pete Davidson will not be hosting the Oscars, but Selena Gomez might co-host? 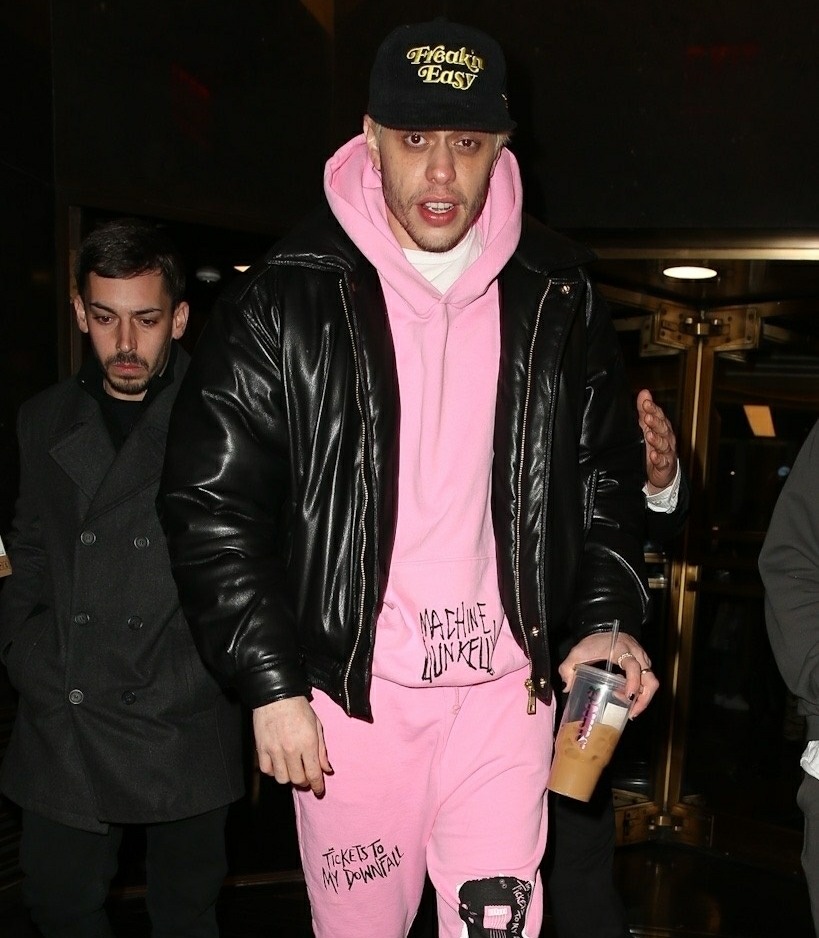 Last week, we heard the completely bizarre rumor that the producers of this year’s Academy Awards were talking to Pete Davidson about possibly hosting this year’s ceremony. The idea behind it was: the Oscars have been desperately trying to attract younger viewers, and Pete is the old dudes’ idea of “someone who will bring in youth viewership.” Or maybe Pete’s name was just mentioned so everyone would be like “ugh, gross, anyone but him” and we would be more amenable to the next name that got thrown out there. In any case, Pete will not be the host of this year’s Oscars:

This week, ABC announced that there would be a host for the 2022 Academy Awards. Shortly after, reports circulated that Pete Davidson has been in talks with Oscars producers to host. Despite press reports, Variety hears from multiple sources that Davidson will not be hosting the Oscars.

An insider says an informal conversation took place with Davidson’s team — but that’s it. Numerous individuals familiar with the host search say it’s highly unlikely the “Saturday Night Live” star will be selected for the gig.

Davidson is a major talent and audience fan favorite, who is buzzy both on and off screen, and could certainly bring in the younger demographic that the Academy Awards are looking for. He recently proved his ratings’ power on NBC’s New Year’s Eve show, which he co-hosted with Miley Cyrus. But Davidson is too closely associated with NBC and not part of the talent stable within ABC, which broadcasts the Oscars. In other words, having Davidson host would be free promotion for a competing network.

There has, however, been some momentum for an idea that would involve another millennial star: Selena Gomez, who could host with Steve Martin and Martin Short, her co-stars from “Only Murders in the Building,” creating a perfect moment of corporate Disney synergy for ABC and Hulu. Individuals involved with the Oscars telecast are intrigued by the idea of bringing together comedic legends (Martin has hosted the Oscars twice before) and one of the most popular young, multi-talented performers in Hollywood.

“I mean, they are an iconic trio,” Hulu Originals and ABC Entertainment president Craig Erwich told Variety this week of Gomez, Martin and Short, touting the Hulu comedy. “They have mass appeal. Everybody loves them. They’d be a dream. That said, there’s a lot of incredible talent we’re considering. We’re having ongoing conversations with Will and the Academy about it.”

The latest idea is Steve Martin, Martin Short and Selena Gomez? I would actually enjoy that? Steve Martin and Martin Short are comedy legends, and everyone watching Only Murders in the Building loves the offbeat chemistry Selena Gomez has with her two senior citizen co-leads. It could be actually kind of charming, like two funny grandpas and their favorite “cool” granddaughter. I will only be behind this 100% if Short brings back Jiminy Glick. Still, I kind of have my fingers crossed for John Oliver-as-host. 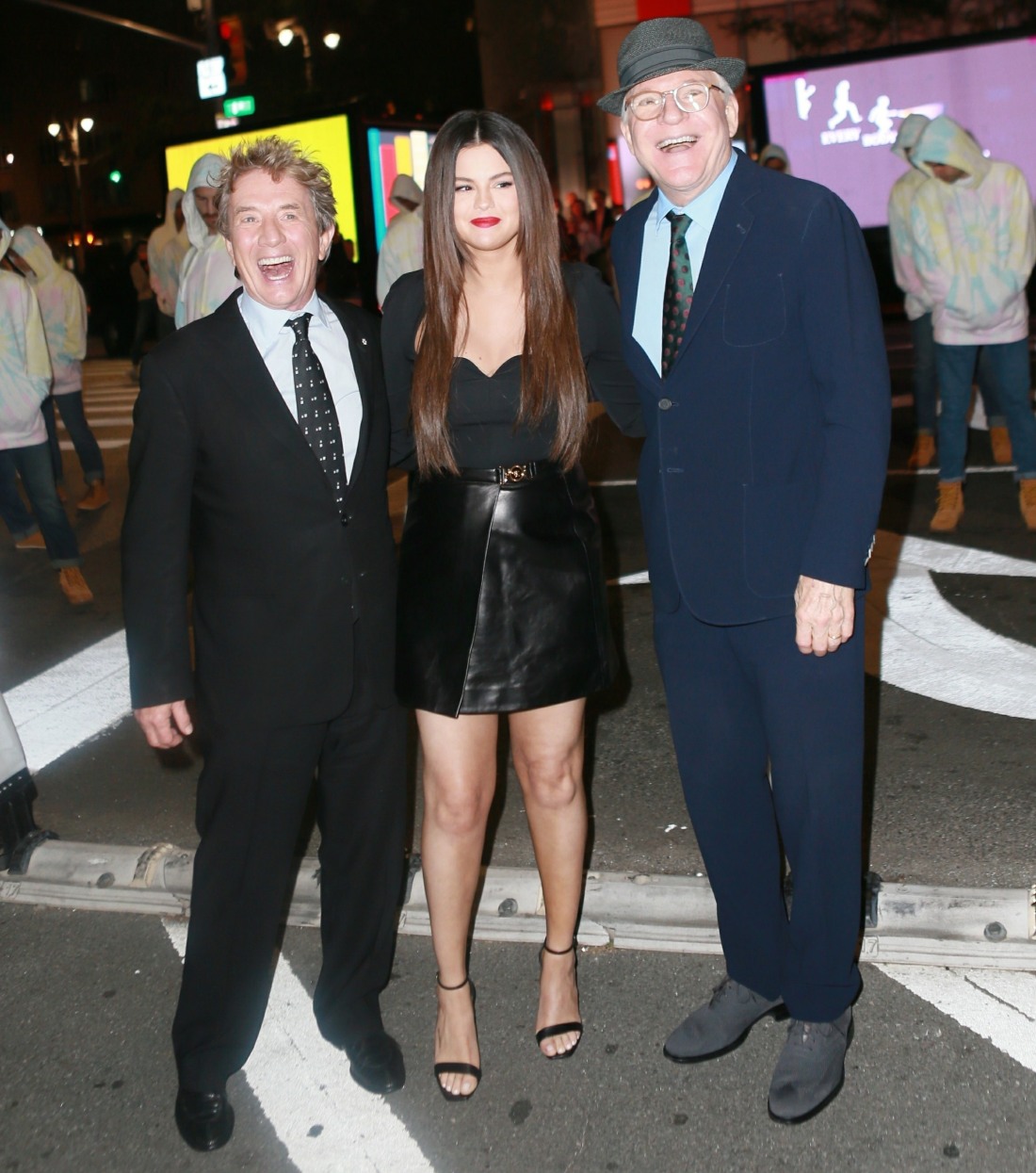 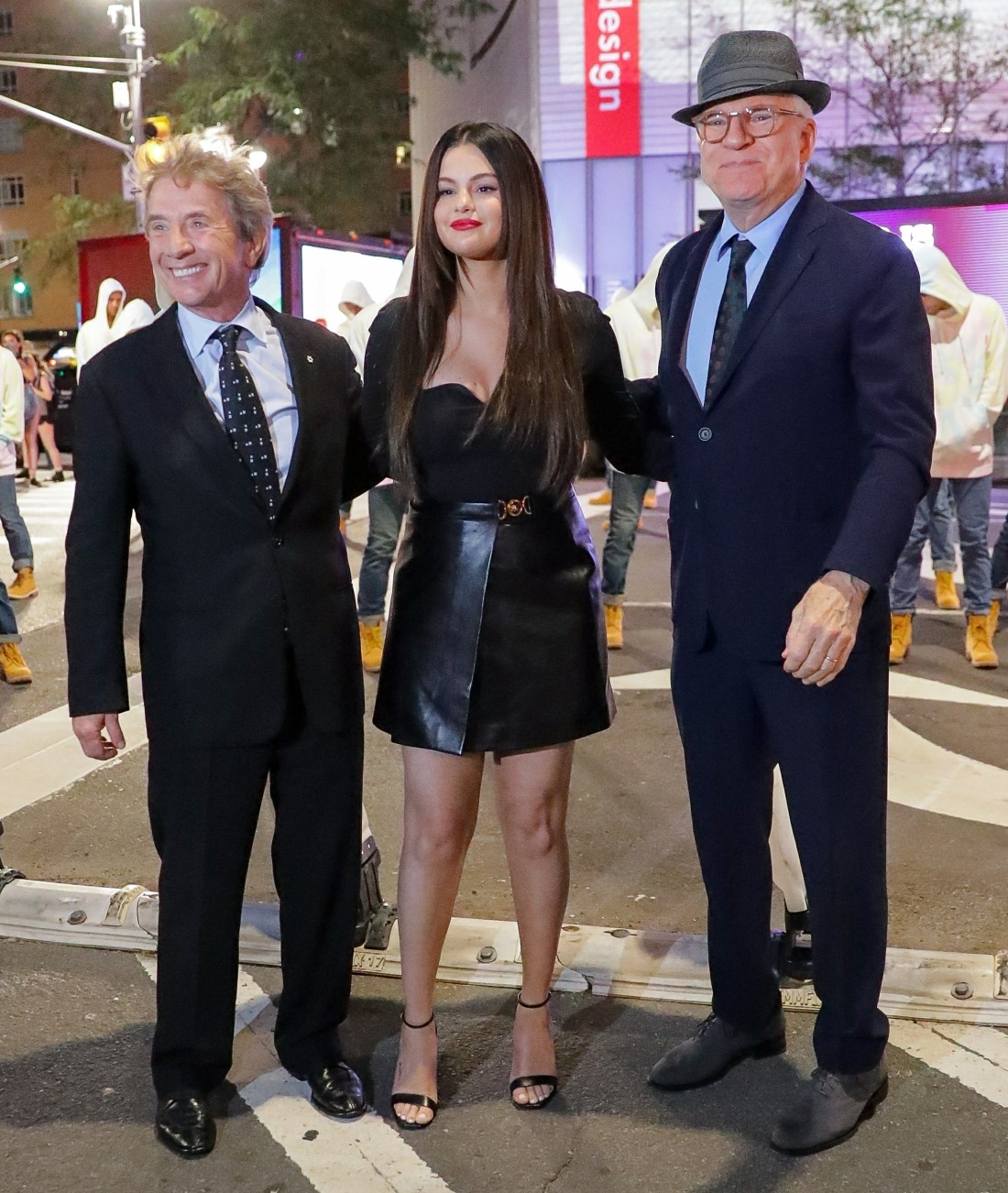 20 Responses to “Pete Davidson will not be hosting the Oscars, but Selena Gomez might co-host?”