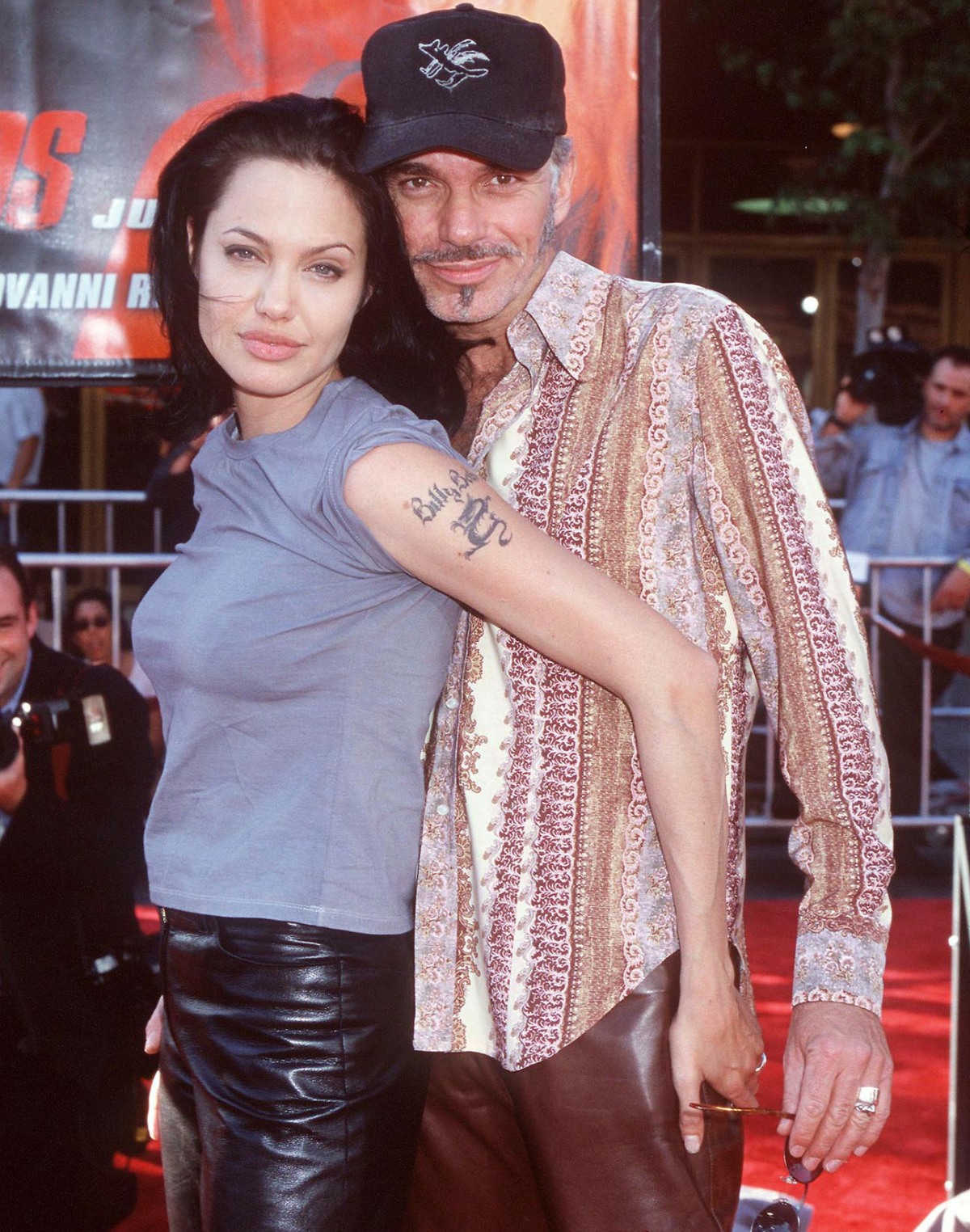 Billy Bob Thornton’s son Harry James Thornton is on a reality show. His currency is not just “I’m BBT’s son.” His currency is also “Angelina Jolie was my stepmother for several years.” Harry has been talking about her a lot as he promotes his stint on Relatively Famous: Ranch Rules, including the fact that Angelina still sends him a Christmas present every year, even though she and BBT have been divorced for like twenty years. In their heyday, BBT and Angelina were “controversial” in the sense that they wore tiny vials of each other’s blood around their necks and they, rather famously, “f–ked in the car” on the way to a premiere. Apparently, Harry remembers some of the weird stuff and he thinks Megan Fox and Machine Gun Kelly are just a budget copy:

“Ah, they’re copycats!” the “Relatively Famous: Ranch Rules” star, 27, said with a laugh, while sharing his thoughts on Kelly wearing a vial of Fox’s blood around his neck.

“I just thought it was a necklace,” Harry says of his childhood memories of Billy Bob and Jolie’s infamous blood vial jewelry. “Now … I think it’s gross to have someone’s DNA wrapped around your neck all day. It’s definitely interesting.”

After taking a beat, though, Harry admitted that he is amused by the “Bloody Valentine” musician, 30, and the “Transformers” actress, 35, paying homage — intentionally or not — to Billy Bob, 66, and Jolie, 46. “He’s set trends,” Harry said of his father’s enduring impact. “I think that’s awesome. I can appreciate that.”

Also appreciated is Billy Bob’s fervent support of his son’s foray into reality TV. E!’s new series sees Hollywood scions — including Taylor Hasselhoff, Ebie and more celebrity offspring — getting their hands dirty restoring Colorado’s Saddleback Ranch after a yearlong COVID-19 shutdown. “My dad told me, ‘You’re going to be on TV, so be careful and don’t do anything too embarrassing,’” Harry recalled. “But he told me to also have fun and let me know that he was really excited for me.”

Harry told us that his childhood “glamping” trips with Billy Bob and Jolie offered him a taste of life off the grid — but hardly prepared him for grueling chores he would be assigned on “Ranch Rules.”

“We had the RV and we went to those campsites where you park there. We never actually went on a trail or anything. That’s as far as camping as I’ve gone,” he remembered. “But it was fun! [Angelina] used to buy us space food [in freeze-dried packets], like space ice cream. We’d go out and we’d pretend that we were out there camping for days.”

I’m actually halfway relieved that Harry is telling nice stories about Angelina. Yes, it would be preferable if he told zero stories about her, but I’m sure he knows that many outlets want him to complain about Angie or bad-mouth her in some way, and he’s not doing that at all. His memories of Jolie are nice. He keeps talking about how much fun she was, how she was always a great mom, and how she and Billy Bob were the originals. He’s not wrong about that – Megan has always tried to copycat Angelina over the years (moreso in Megan’s early days), but Megan’s relationship with Machine Gun Kelly is leaning very heavily into Jolie’s 1994-2002 persona: wild child/goth/vampire. 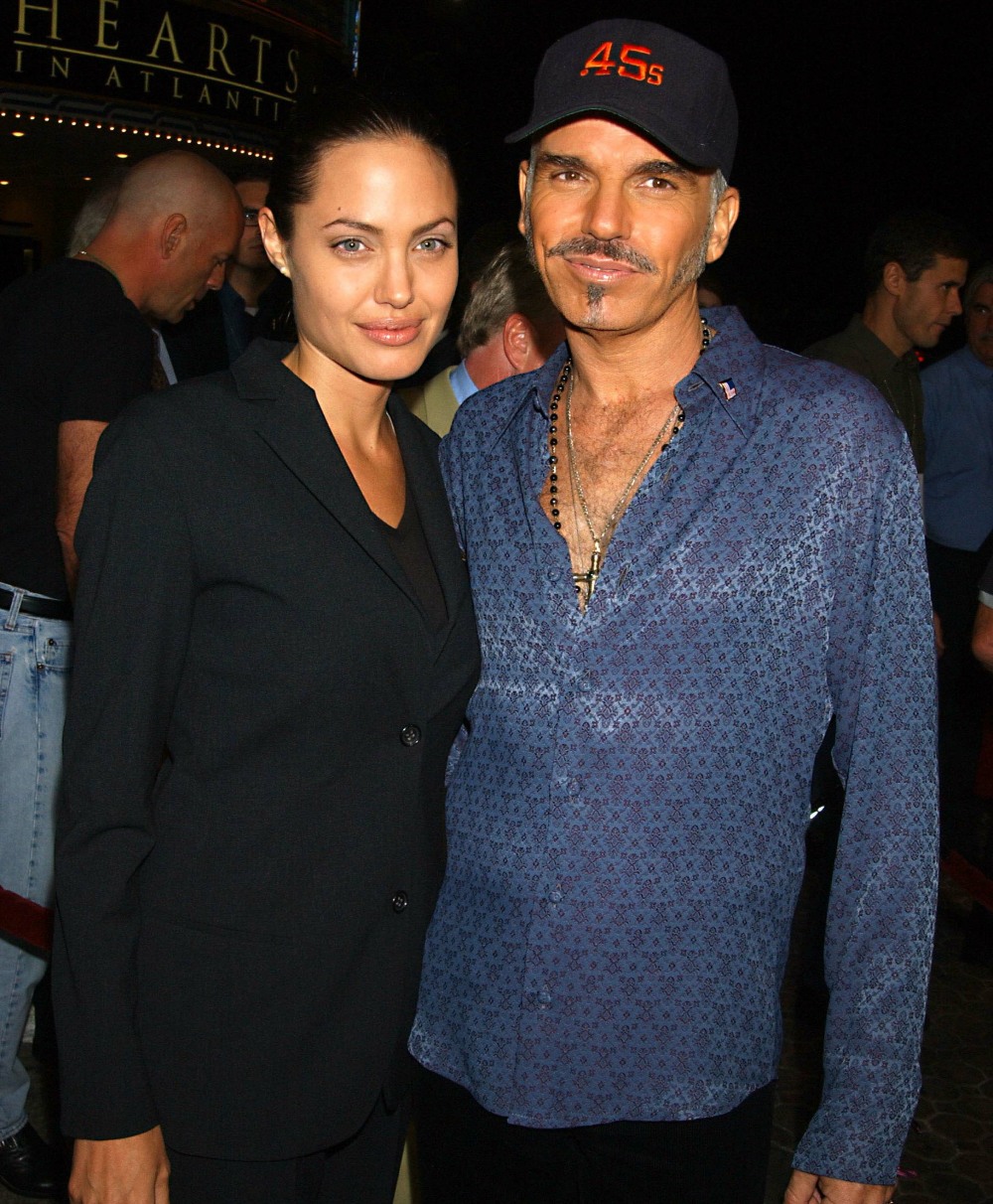 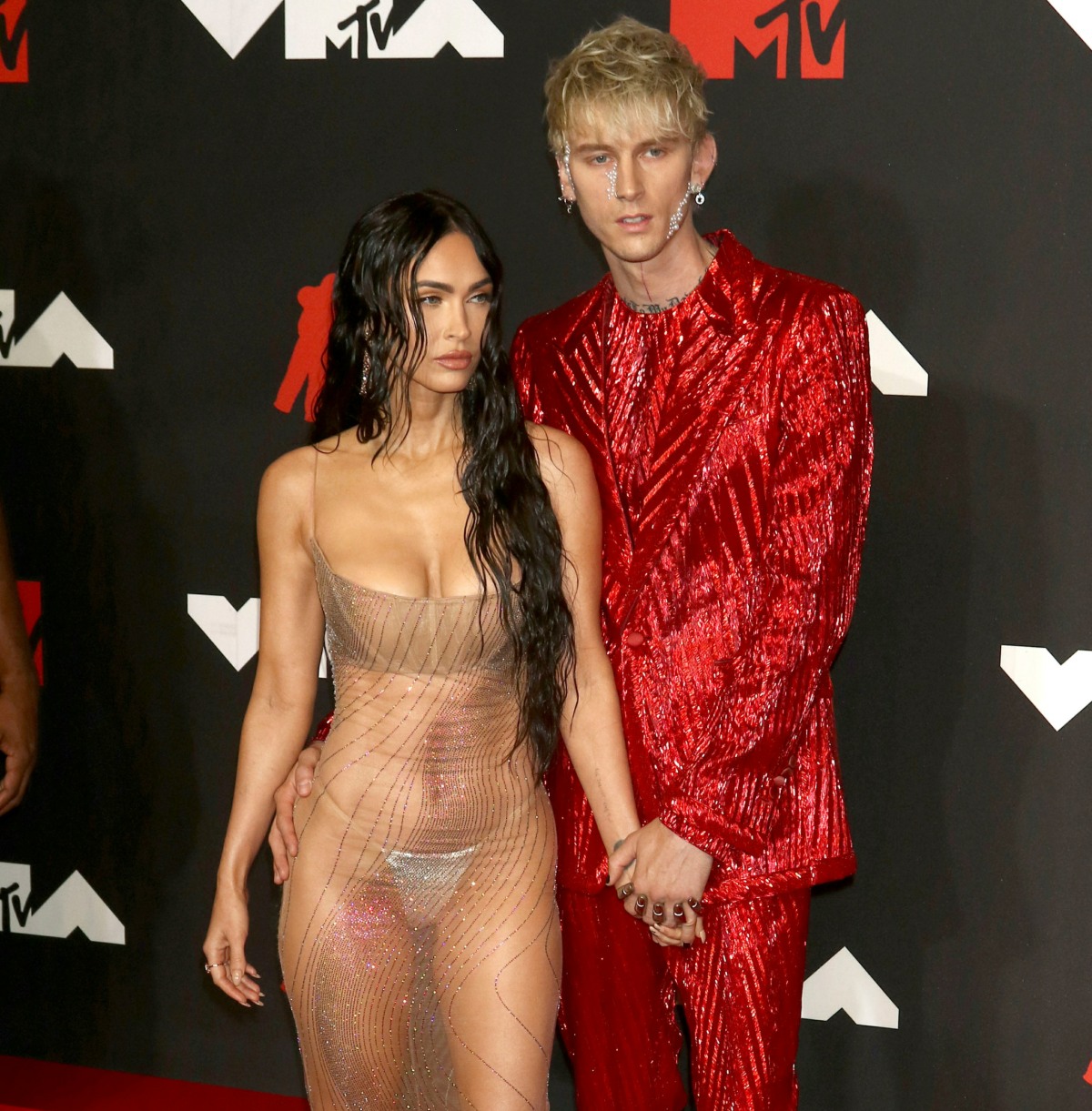 USA Rights Only, New York, NY – 20210912- Stars walk the red carpet for the MTV Video Music Awards 2021. -PICTURED: Megan Fox, Machine Gun Kelly -PHOTO by: Regina Wagner/DDP/INSTARimages.com -ddp_15845313 This is an editorial, rights-managed image. Please contact Instar Images LLC for licensing fee and rights information at sales@instarimages.com or call +1 212 414 0207 This image may not be published in any way that is, or might be deemed to be, defamatory, libelous, pornographic, or obscene. Please consult our sales department for any clarification needed prior to publication and use. Instar Images LLC reserves the right to pursue unauthorized users of this material. If you are in violation of our intellectual property rights or copyright you may be liable for damages, loss of income, any profits you derive from the unauthorized use of this material and, where appropriate, the cost of collection and/or any statutory damages awarded