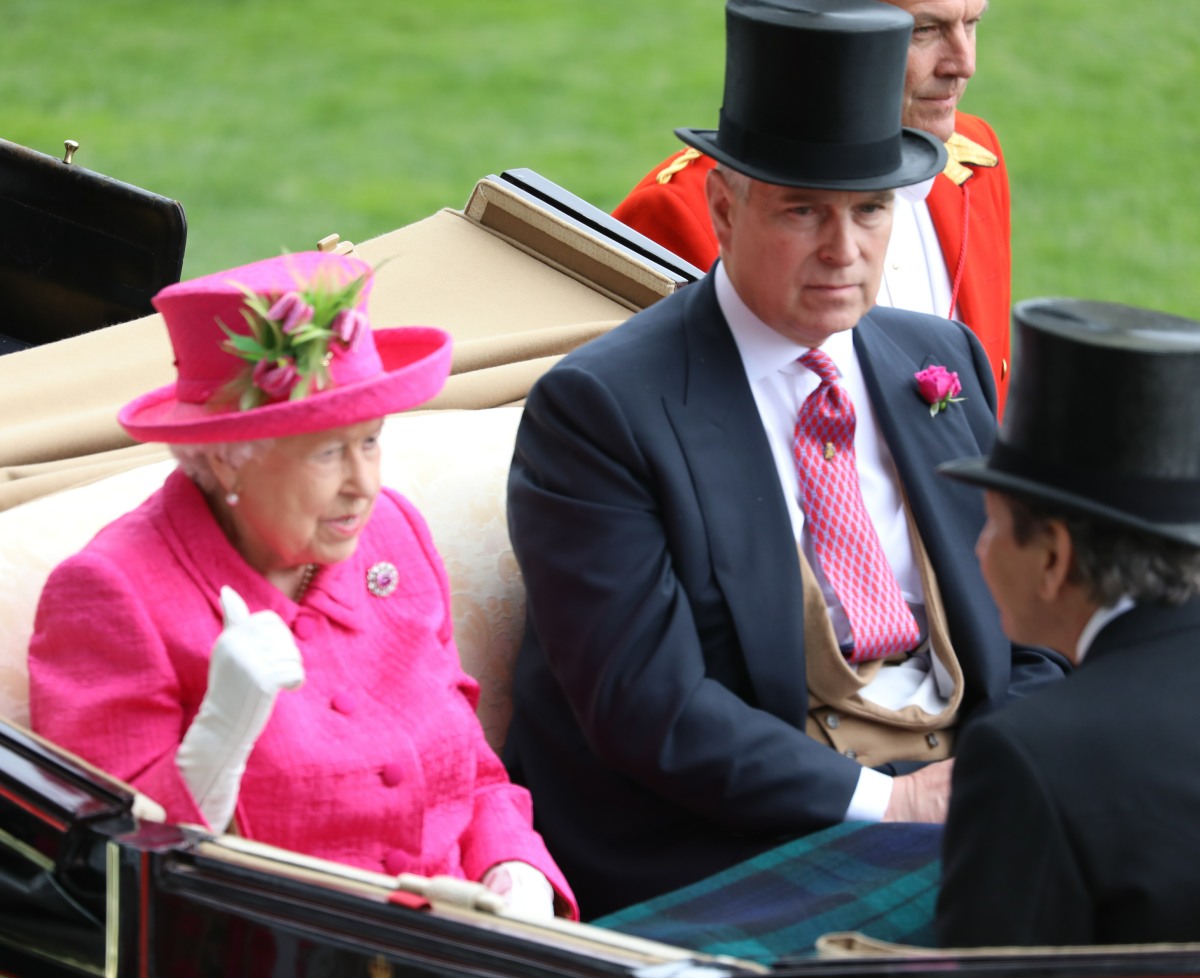 I absolutely love it when a legitimate outlet like Forbes or Bloomberg tries to do some actual reporting on royal finances. With Prince Andrew specifically, there are so many unanswered questions about his finances, but in truth, the money of House Windsor is shrouded in mystery and secrecy. We know that Andrew cries poverty a lot, but we also know that he has been flush with cash at odd moments, like when he decided to buy a Swiss ski chalet, or when he purchased two new cars (a Range Rover and a Bentley) in 2020 and 2021. We know he’s selling off the ski chalet to pay for his own legal bills, but we also heard last year that the Queen was footing his legal bills. So… there’s a lot of confusion. Thankfully, Bloomberg tried to work some stuff out and the reporting is fascinating:

The timeline & legal fees: They have until late July to file summary judgment motions that might see a judge throw the case out, saving Andrew millions in trial costs although his legal fees up to that point could be between $200,000 to $300,000 per month, Epner estimates. If it goes all the way to trial, fighting the claims that he sexually assaulted Giuffre two decades ago at the London home of Jeffrey Epstein’s girlfriend Ghislaine Maxwell, will cost Andrew between $4 million and $6 million, Epner estimated. And it could go higher.

The reputational issues: This kind of litigation can take an extended period of time, and Andrew is looking at a “significant amount of fees, at least seven figures if not eight depending on how long the litigation goes,” said Jerome “Joe” Studer, the founder and director of Chicago-based Legal Fee Analytics LLC and an expert on attorneys’ fees. Lavely & Singer PC, which is representing Andrew, is an expensive firm that is “no stranger to this kind of news breaking litigation,” Studer said. The firm “has a reputation of being a bulldog and I would think that given the reputational issues at stake, they’re going to fight this really hard.”

Andrew’s Luxembourg bankers: His bankers at Luxembourg-based Banque Havilland in 2017 put his wealth at 5 million pounds, according to an internal document seen by Bloomberg News. But the royal was already using short-term loans from Banque Havilland, owned by the family of his friend and top U.K. Conservative Party donor David Rowland, to cover some of his living expenses. Even if the Banque Havilland net worth estimate is too low, there’s signs that Andrew’s finances are under strain from the legal fight.

His only known income & spending habits: Andrew’s only known income is a Royal Navy pension of 20,000 pounds and an annual stipend from his mother, Queen Elizabeth, of 250,000 pounds. It isn’t known whether the Queen would be willing to use her own fortune to pay for his legal costs. Still, Andrew’s been pictured in a brand new hybrid-electric Range Rover sporting personalized plates that was registered in December, U.K. filings show. Another luxury car, a Bentley, was registered in late 2020. Together the two cars have a combined list price of more than 200,000 pounds.

His curious unsecured loan: Back in 2017 Andrew took out a 1.5-million-pound personal unsecured loan from Banque Havilland, 1.25 million pounds of which was used to repay an existing debt facility with the firm that had been increased or extended 10 times in two years, Bloomberg reported in November. The additional 250,000 pounds borrowed by Andrew was earmarked for “general working capital and living expenses.” The loan was due in March 2018 but was repaid early using 1.5 million pounds transferred to the prince from a Guernsey-registered company controlled by the Rowland family, according to interviews with people familiar with the transactions and bank documents seen by Bloomberg.

Oh, Andrew might have to submit his financials in discovery: The New York ruling that the case should proceed to discovery means that Andrew will have to provide evidence demanded by Giuffre’s legal team, a process that is likely to take around six months, according to Epner. On top of that there will likely be as much as $500,000 in pre-trial costs, plus an estimated $2 million to $4 million if it reaches court, he said. And at this point it is far too late for Andrew to indemnify himself against such costs. “You can’t insure a house that’s already on fire,” Epner says.

We’ve heard about the curious unsecured loan last year, and I truly don’t even understand what’s happening there, nor do I understand why a high-ranking Tory Party person would – out of the goodness of his heart? – pay off millions of Andrew’s debt, or even extend him a line of credit in the first place. It’s clear that Andrew doesn’t know the first thing about budgeting and finance, but what’s crazy is… how has the Queen not cleaned up all of these messes? She’s clearly giving him money, so is he just blowing that money on new Bentleys and ski chalets rather than paying down his existing debts?? And how DID he pay the back-mortgage on the ski chalet and who bought the chalet from Andrew? Why is it that no one can answer any of these questions? Why is there no real reporting on it? 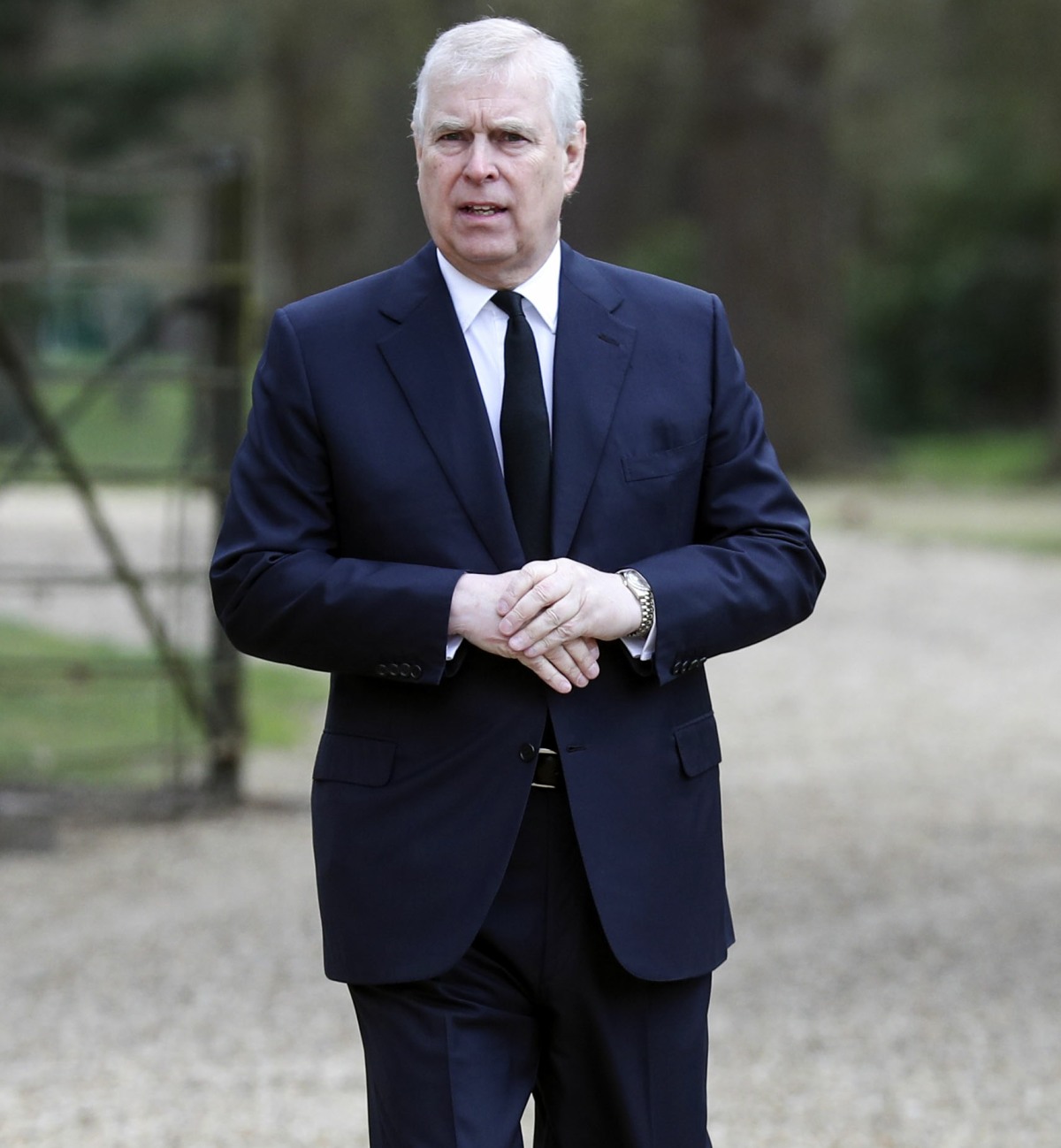 Queen Elizabeth II and Prince Andrew, Duke of York, arrive at Royal Ascot at Ascot Racecourse in Ascot, on June 18, 2019, to attend the horse races, it is one of the most important and largest racetracks in England,Image: 449158010, License: Rights-managed, Restrictions: Netherlands OUT, Point De Vue OUT, Model Release: no, Credit line: Albert Nieboer / DPA Picture Alliance / Avalon