Ariana DeBose in a Valentino pantsuit at the Oscars: working it? 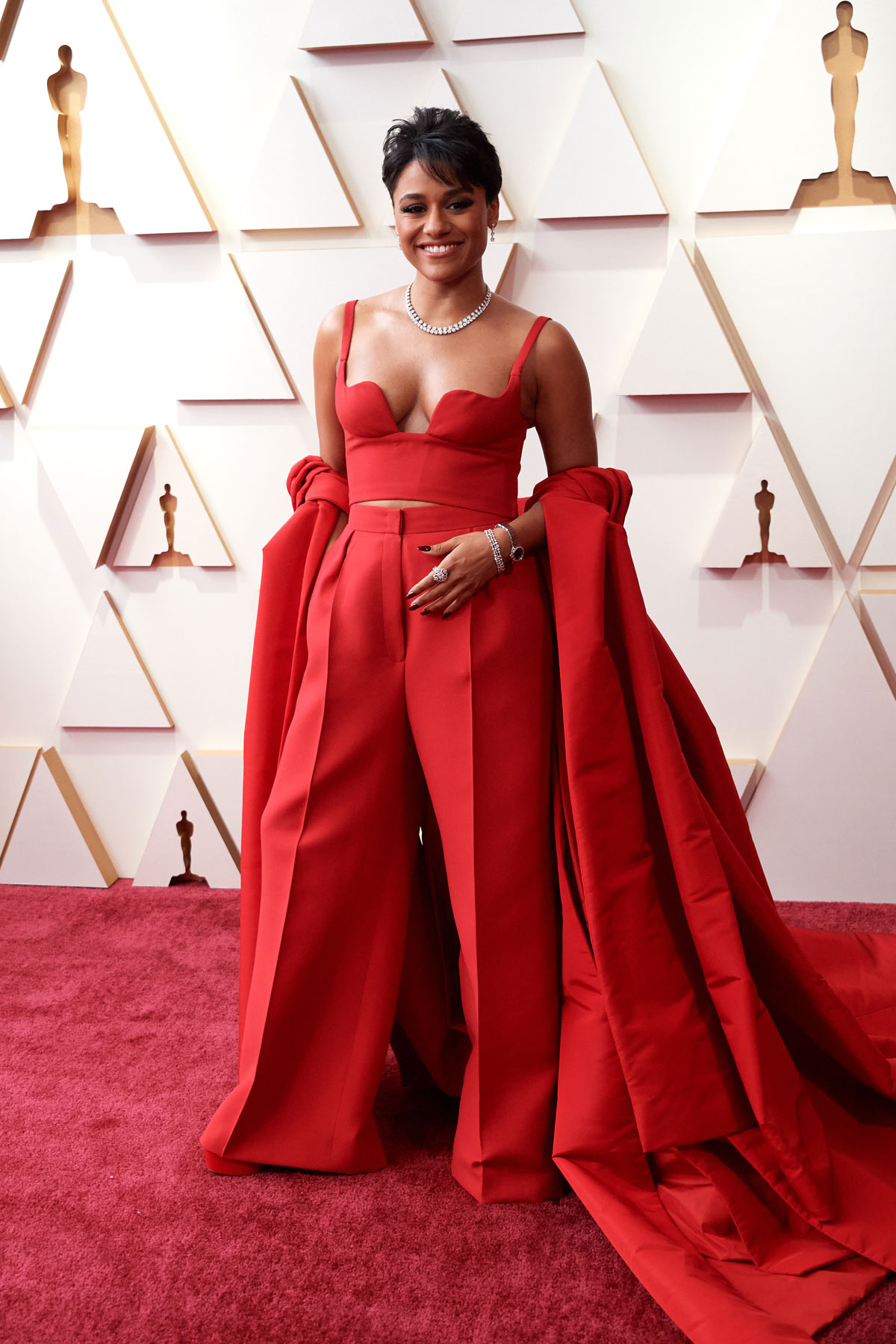 Last night, before the smack heard ’round the world, Ariana DeBose won Best Supporting Actress for her role as Anita in West Side Story, the same role for which Rita Moreno won an Oscar 60 years before. Ariana’s speech was excellent and she ended with some memorable lines. She said “You see an openly queer woman of color who found her strength through art… To anybody who has ever questioned your identity, I promise you this, there is a place for us.” That was lovely.

Ariana was in a red Valentino pantsuit complete with a crop top and a cape. She was one of the many women in bright red last night. She also had the weird boob cups that we saw in Tracee Ellis Ross’s dress but this works somehow. I think because she looks comfortable and not like she’s about to fall out of it. Plus she really knew how to pose on the red carpet. I like her hair too! You can see photos of this without the fabulous long shrug on Ariana’s Instagram.

Rita Moreno was in a black asymmetric Carolina Herrera with giant neck ruffles. Rita described the process of picking her feather cap, gown and black wig as “what the hell.” She’s fabulous. She didn’t rewear her Oscars gown from 1962 because she’s already done that! She couldn’t have known that there would be an occasion to save it.

How cute are they?
Embed from Getty Images

Presenter Tracee Ellis Ross was one of the early arrivals on the red carpet in this red very low cut Carolina Herrera. The bodice is cut so oddly, she didn’t look comfortable in it and kept clutching her top on the red carpet. I love the color though. Plus it came with a very cool wrap. I’m including her here because there are parallels to Ariana’s look but Ariana of course did it better.

Presenter and last year’s Best Song winner, H.E.R., was also in Carolina Herrera, in a kind of awesome highlighter green/yellow mullet gown. This is incredible and unique, I love it. Her shoes are perfect.

18 Responses to “Ariana DeBose in a Valentino pantsuit at the Oscars: working it?”