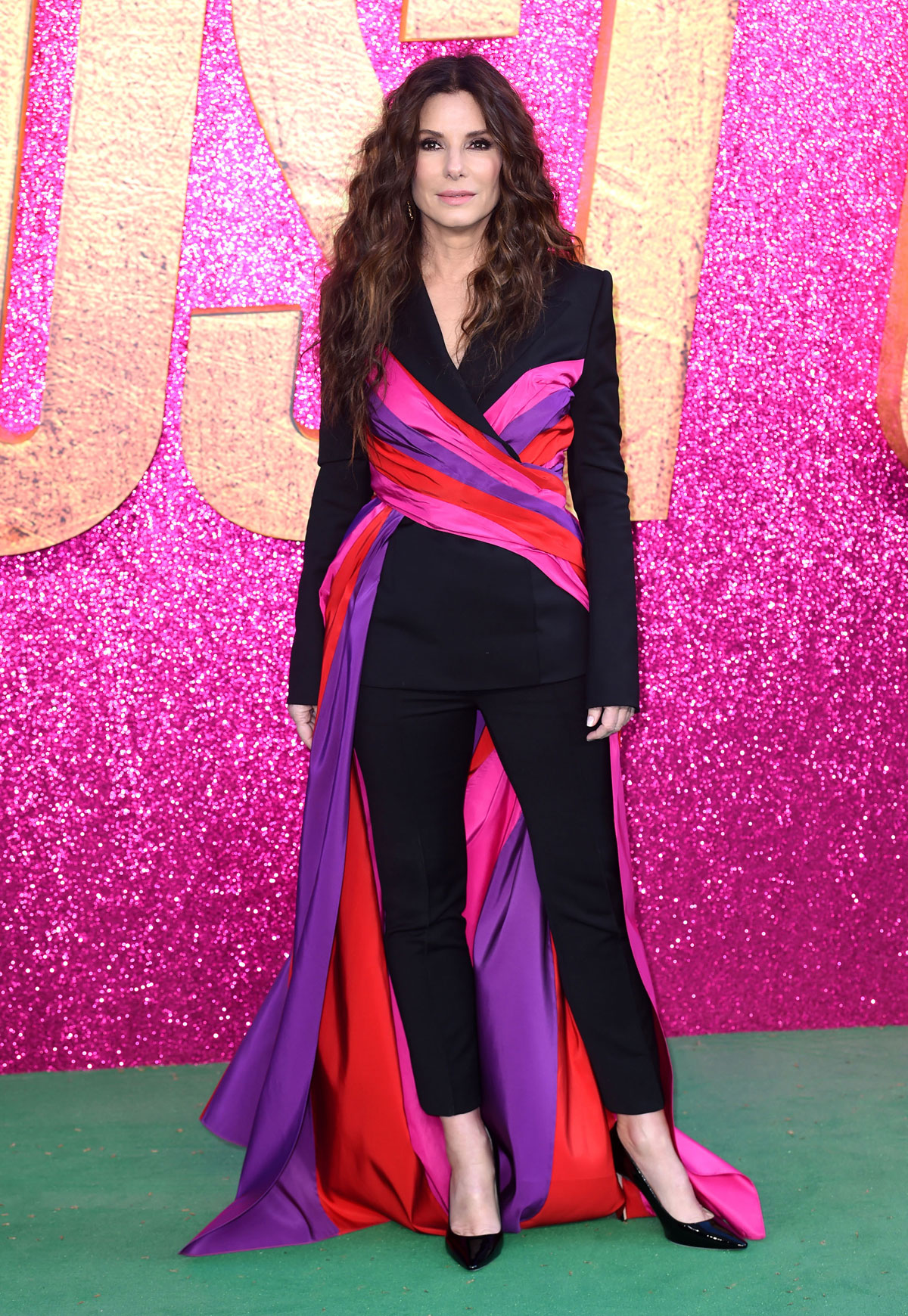 I watched several interviews with Sandra Bullock and Channing Tatum trying to find an angle to cover for a story, but the takeaway was “they’re hilarious together I want to see them in more things.” Last Friday I went to see The Lost City and I highly recommend it! We were crying laughing in the beginning of the movie especially. It does start to lag a little in the middle and end, like different people wrote the first third and the rest of the movie. It’s still well worth watching and I would watch a sequel no question. (Check out our podcast, out tomorrow morning, if you’d like to hear more about The Lost City.)

These are photos from yesterday’s premiere in London and I’m so happy to see Channing Tatum there! He hasn’t been to all the screenings, I would assume because he was busy and/or exhausted from promoting Dog. (Also worth seeing, it’s a sweet movie.)

Sandra was in a Carolina Herrera look which was like part of a multicolor red carpet gown wrapped around a standard black pantsuit. It’s like an unfinished dress was incorporated as an accent piece, which is kind of genius really. This is a Fall/Winter 2022 runway look, it was featured as the lead photo in GoFugYourself’s coverage of Carolina Herrera’s latest season. I don’t love it, but I appreciate how unique it is. Sandra has been wearing some very fashion-forward and funky looks this tour. Her stylist, Elizabeth Stewart, deserves a lot of credit. (Stewart also styles Jessica Chastain, Cate Blanchett and Amanda Seyfried.) 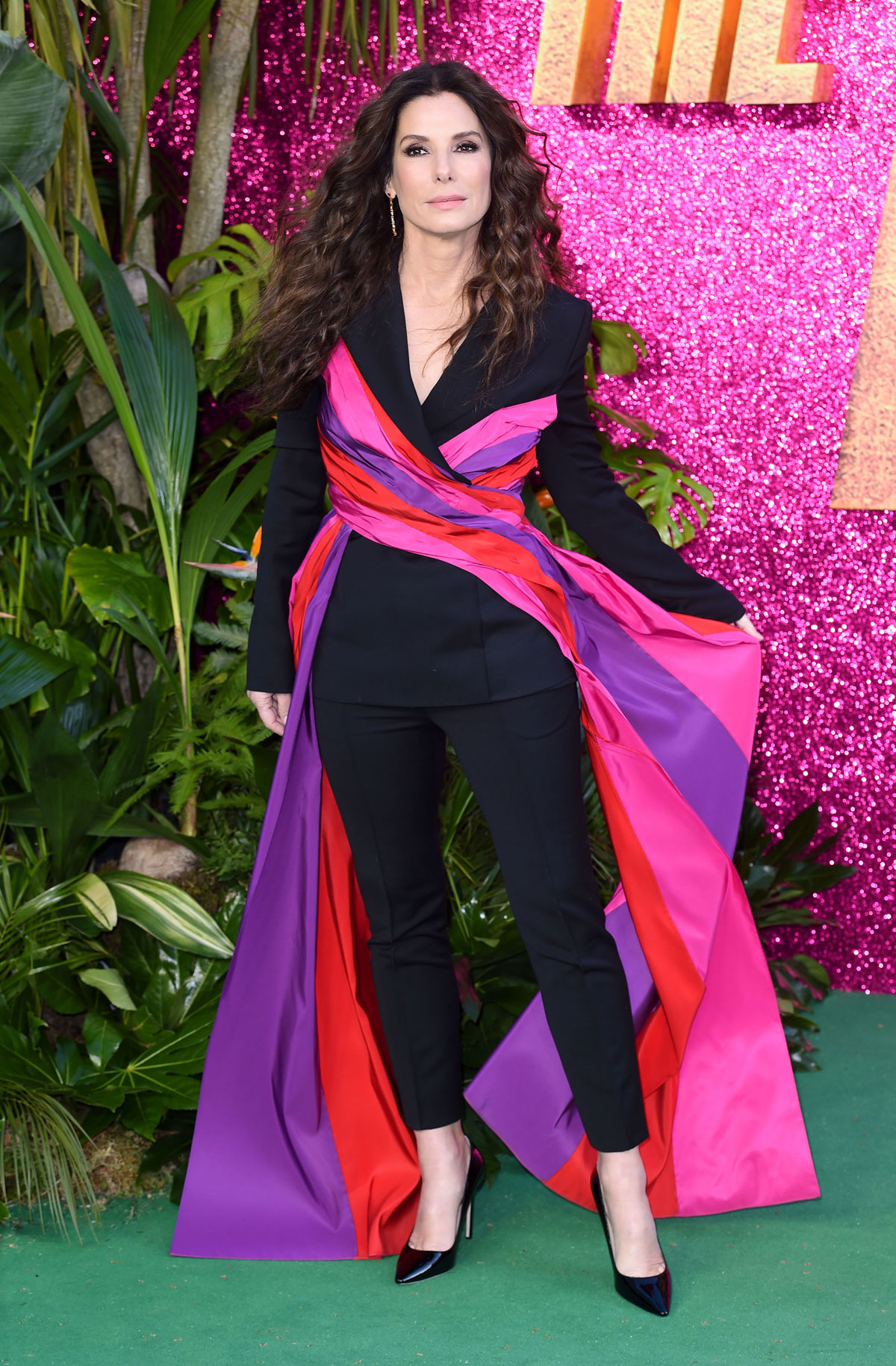 Daniel Radcliffe is making headlines for wisely refusing to comment on The Slap. He is a smart man and a talented comedic actor. Plus he does horror so well too! (The Woman in Black, Victor Frankenstein.) This man never had to work a day in his life post Harry Potter, but he’s been honing his craft while being a stand up person. 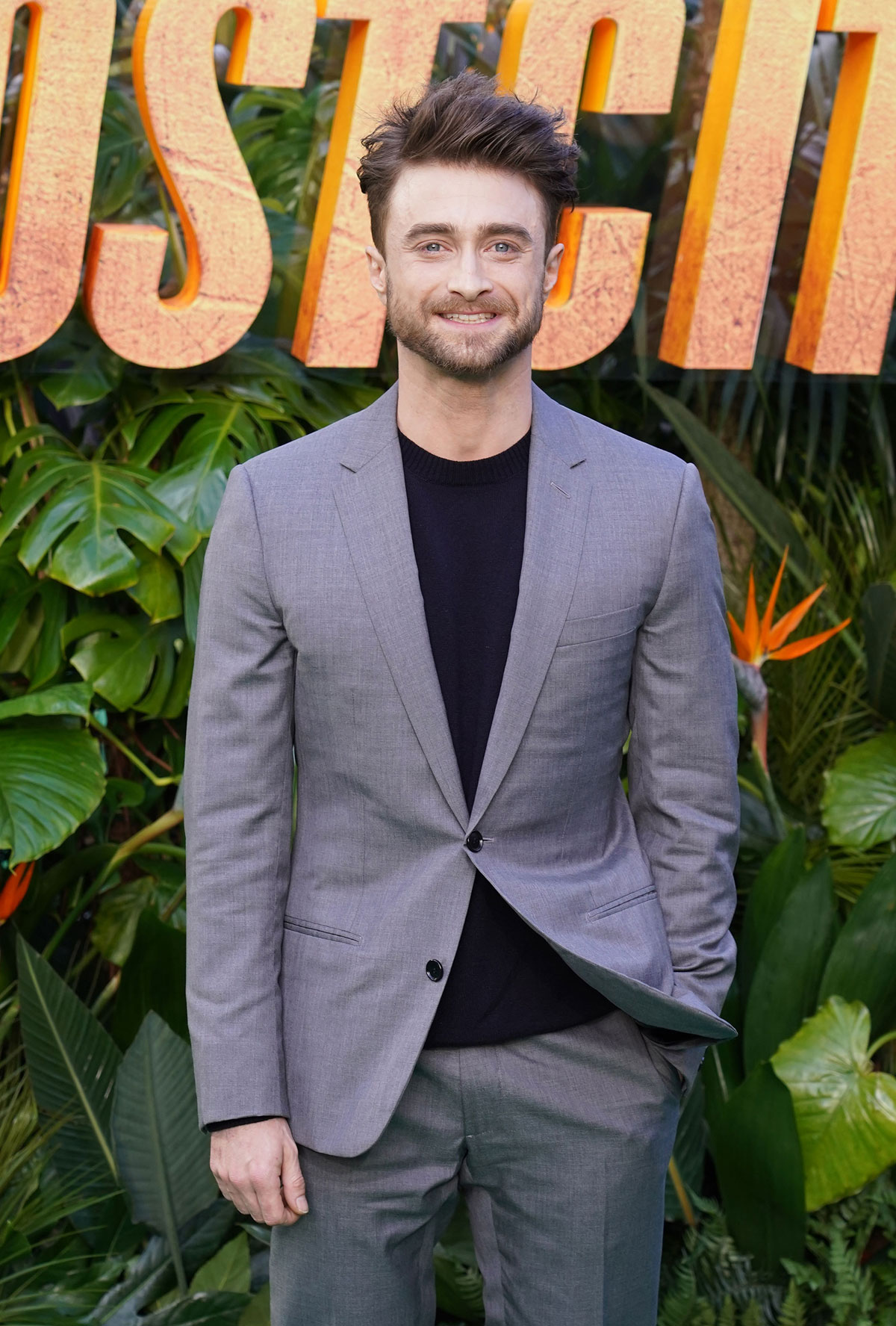 It looks like Sandy and Channing were trying to give face then DanRad showed up and they started smirking! 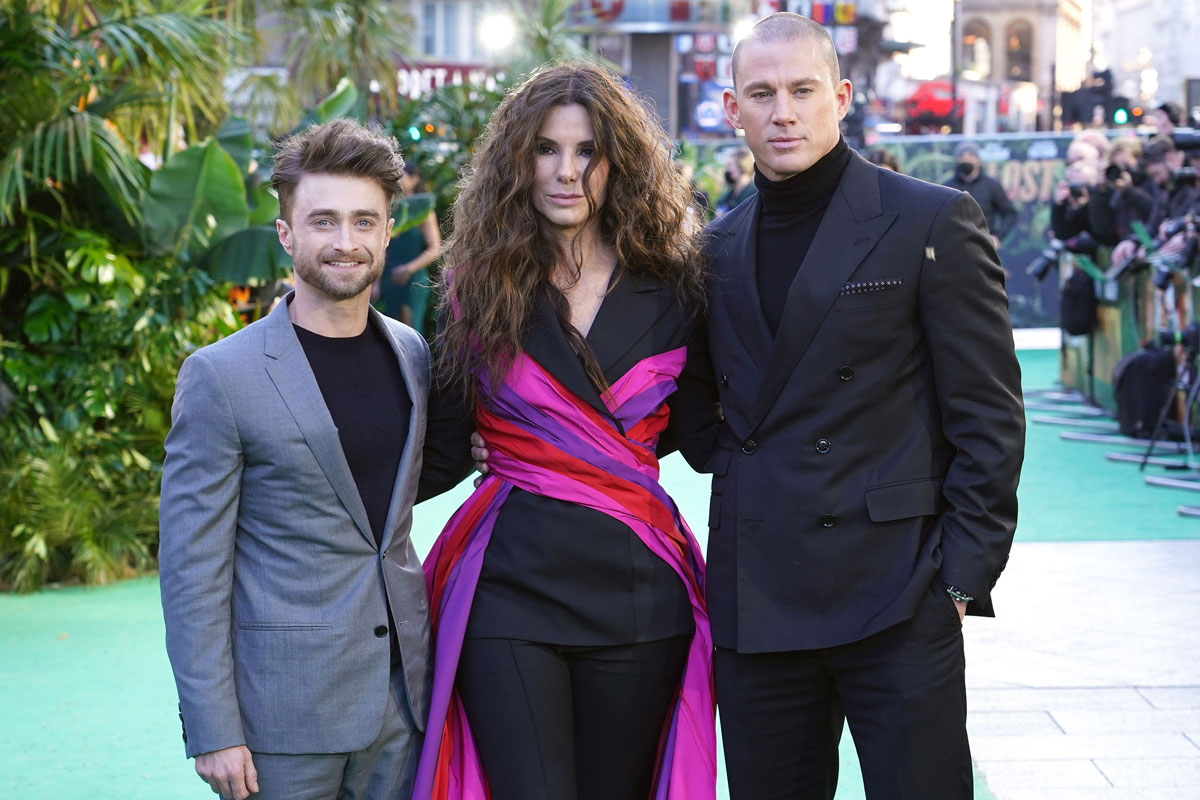 I know Sandra said she’s ready to take some time off, but can she put it on hold until after we get a Lost City 2? She’s understandably wary of sequels, but this should be an exception. 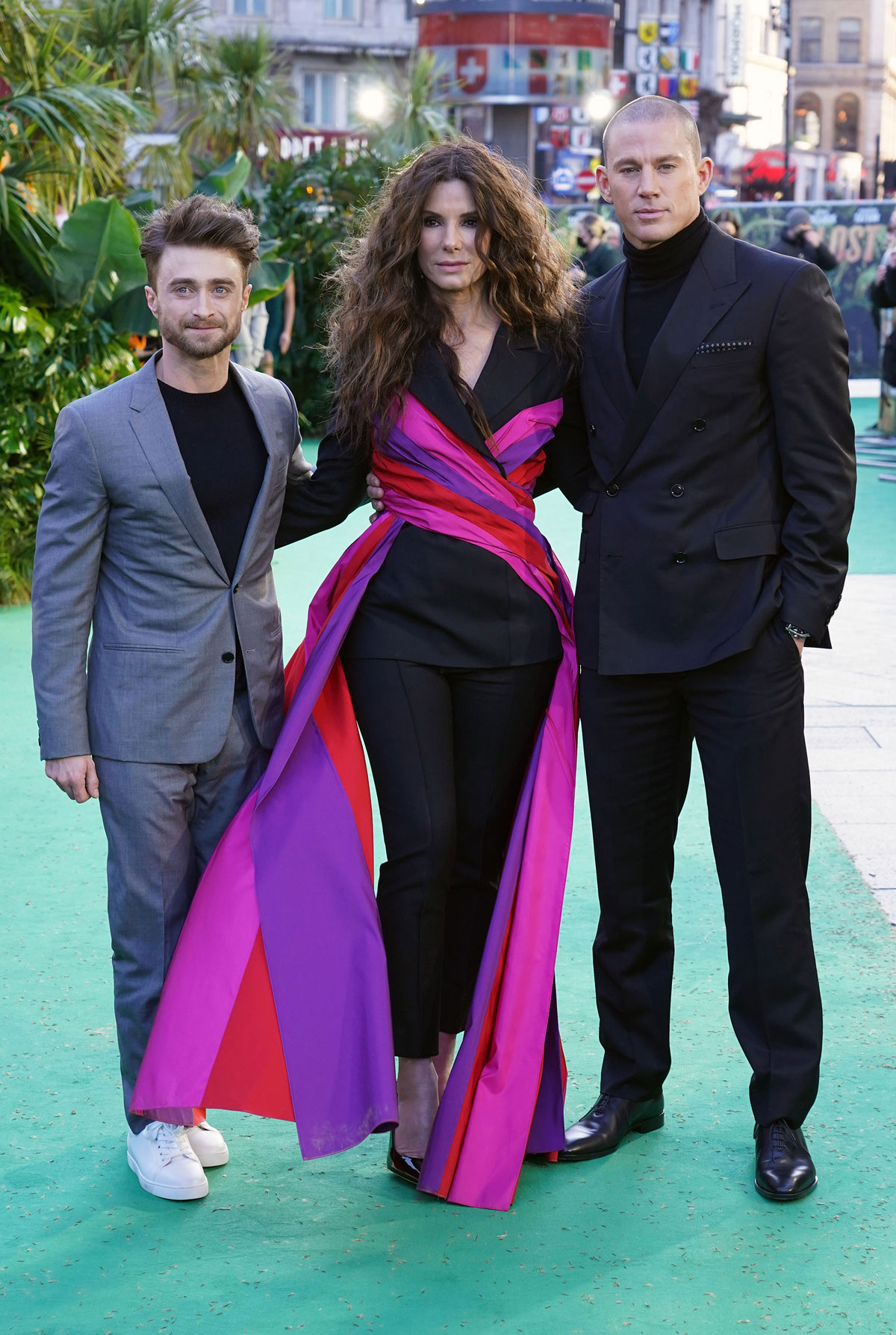 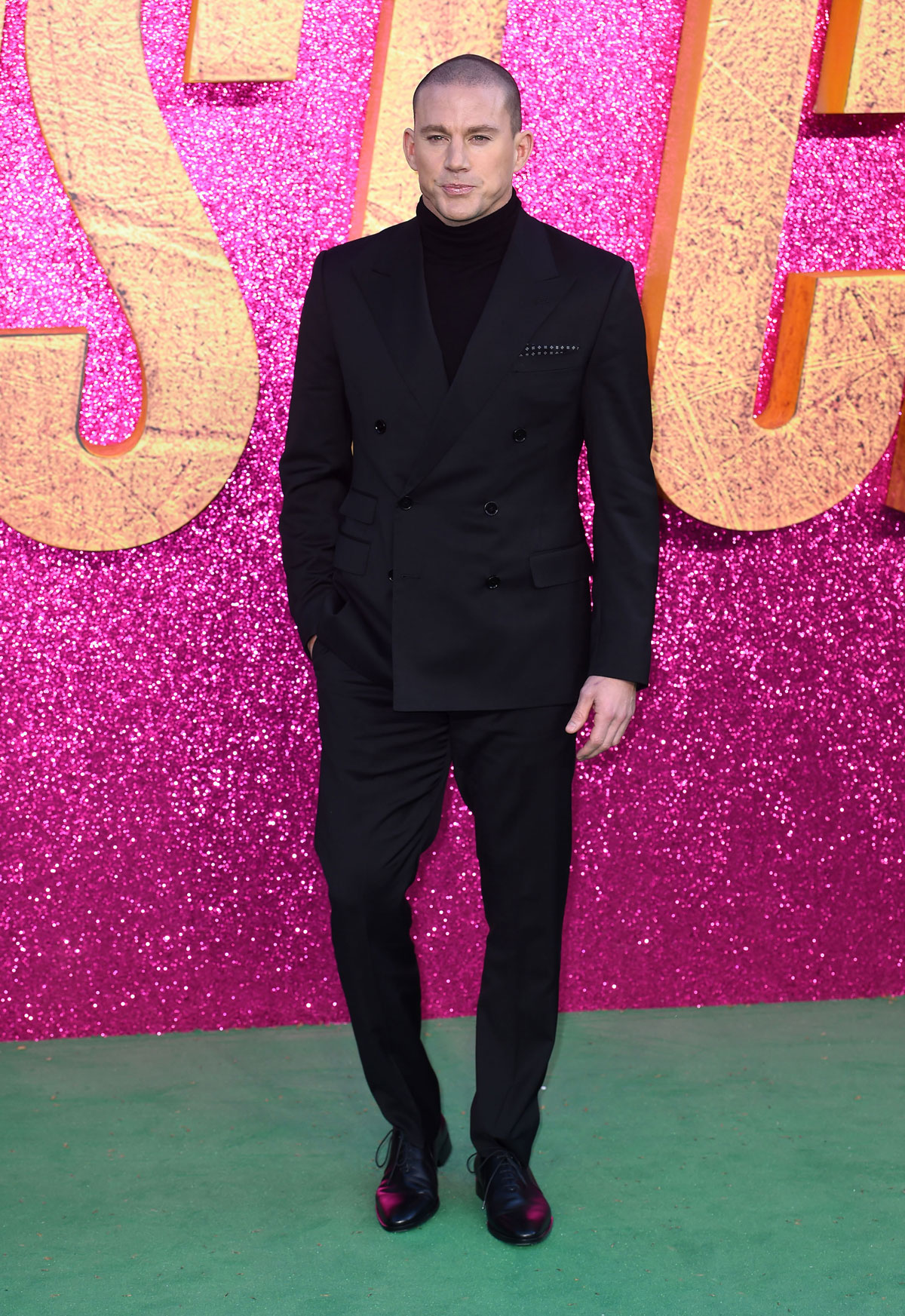 18 Responses to “Sandra Bullock in Carolina Herrera at ‘The Lost City’ London premiere: weird but cool?”