Selena Gomez: ‘I don’t care about my weight, people bitch about it anyway’ 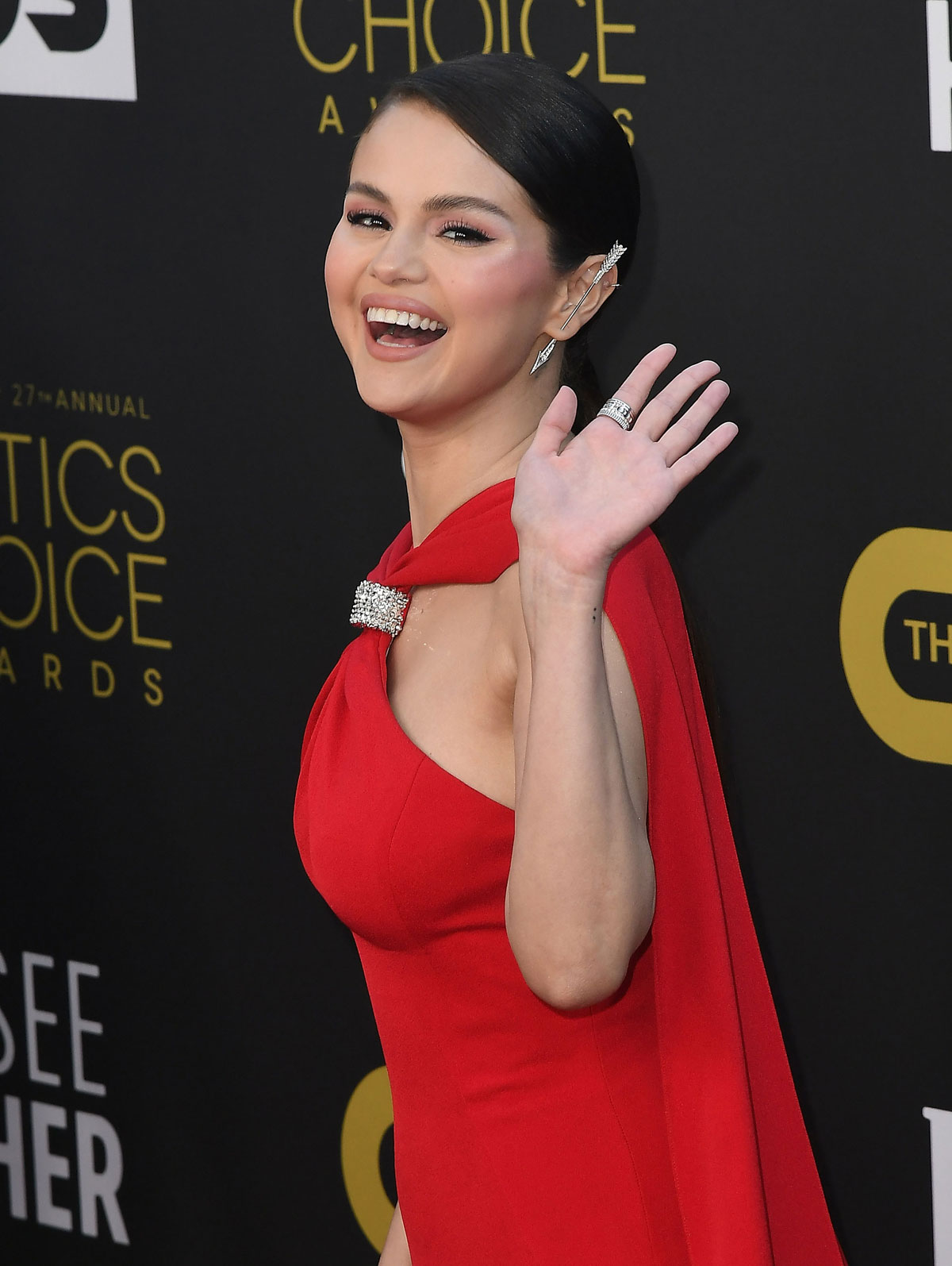 Selena Gomez is usually pretty busy, but her career seems especially hot right now. Only Murders in the Building will premiere its second season in a couple of months, she has a Sixteen Candles reboot in development, and she launched her mental health website pretty recently. The mental health website makes perfect sense since Selena’s been pretty vocal about her struggles over the years with lupus, her personal life, and her mental health. Yesterday, she posted a TikTok story about something that affects the mental health of many: judgment about her body.

Selena Gomez is so sick of people commenting on her body.

The 29-year-old singer took to TikTok Stories on April 10 and opened up about the judgment she’s faced on her appearance.

“So I be trying to stay skinny, but I went to Jack in the Box and I got four tacos, three egg rolls, onion rings and a spicy chicken sandwich,” she said. “But honestly, I don’t care about my weight because people bitch about it anyway: ‘You’re too small.’ ‘You’re too big.’ ‘That doesn’t fit.’ ‘Meh meh meh meh.'”

Gomez then sent a message to her body shamers. “Bitch, I am perfect the way I am,” she noted. “Moral of the story? Bye.”

The Grammy-nominated artist also played Tyga’s song “Rack City” in the background and mouthed the lyrics, “I’m a muthaf–kin’ star.”

Gomez has spoken about the body shaming she’s faced before. During a 2019 episode of Giving Back Generation, for instance, the “Wolves” star talked about how people commented on her weight amid her health battle.

“I have lupus and deal with kidney issues and high blood pressure, so I deal with a lot of health issues,” she said at the time. “And for me, that’s when I really started noticing the body image stuff.”

It’s not really clear if Selena is responding to a specific comment in her TikTok story. My read on what she said is she was in her head a bit about going to Jack in the Box, and decided to brush off those thoughts and anything haters might say. Good for her; it’s hard not to let those things get to you. And that meal sounds delicious. I’ve never had Jack in the Box, but I want to try it now. I was a bit surprised about the comments that she mentioned in her TikTok and to learn that she’s dealt with body-shaming in the past. I’ve always thought that she looks great and she’s so pretty! But I guess there is always someone ready to nitpick on something, even if no one else notices whatever it is they’re talking about. I’ve heard it all before too: “you’re getting big” or “you need to gain 15 pounds” or “you would look better with a smaller waist.” No one is ever happy, so people should just do whatever works for them.

I don’t understand people (or tabloids) who leave mean comments where celebrities can see them. What’s the point, just to be mean? Celebrities are people too and it’s obviously hurtful for them to see/hear this stuff like it would be for anyone else. But because celebrities are famous and in the public eye, they are overall up for discussion in a way that normal people are usually not. And unfortunately, part of that is their appearance, which is often a huge part of their job, and to say otherwise would be disingenuous. So if people are allowed to compliment or comment on other aspects of celebrities’ appearances, they may feel like they can discuss celebrities’ weight as well. The lines can be blurry, but I think directing mean comments at celebs to try and hurt their feelings is completely unnecessary. It’s unfair, and people who feel compelled to leave mean comments should seriously just stop and reevaluate their lives.

Note by CB: Here’s a segment from that TikTok, I can’t find it on Selena’s page now! 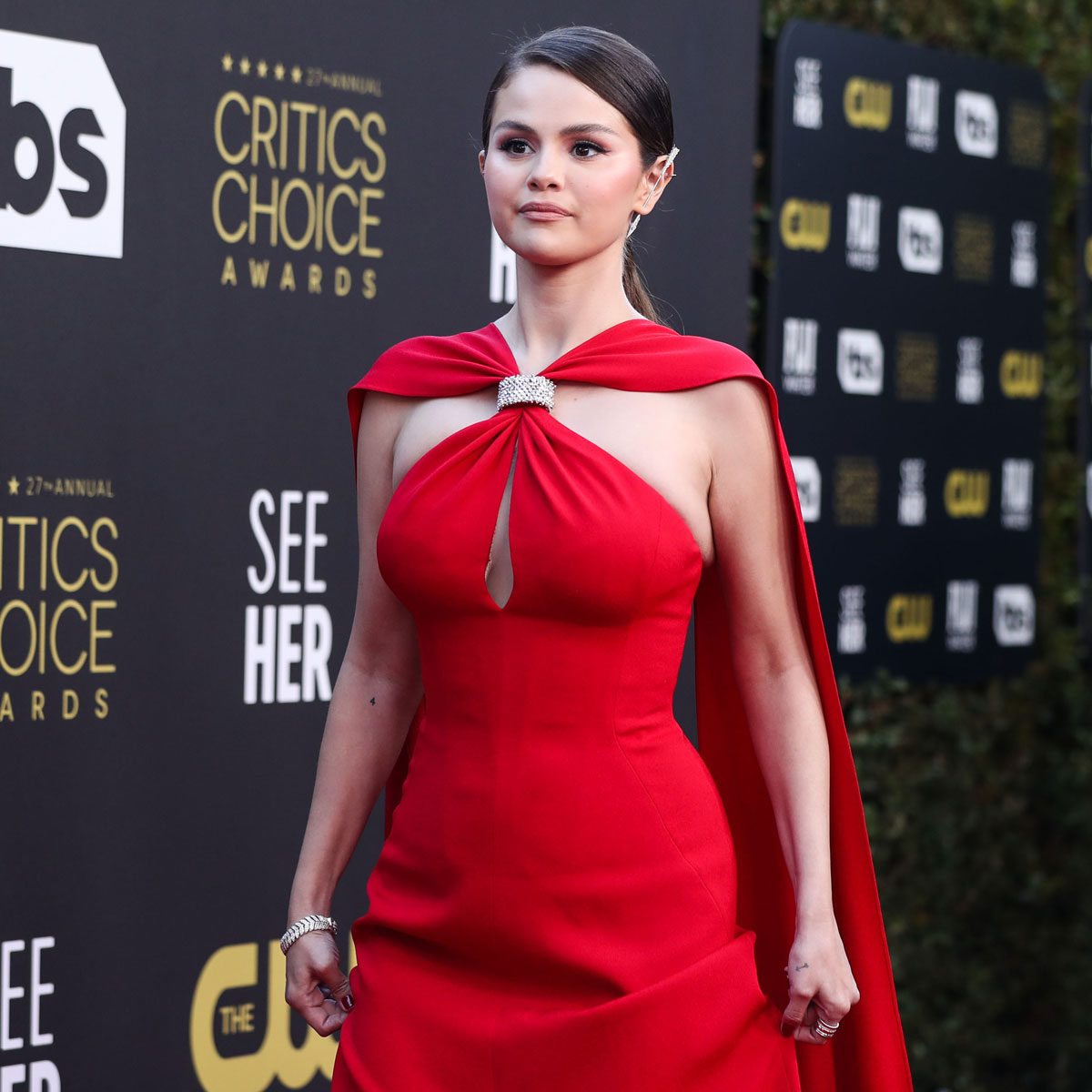 19 Responses to “Selena Gomez: ‘I don’t care about my weight, people bitch about it anyway’”