Al Pacino, 81, has a 28-year-old girlfriend and a Shrek phone case 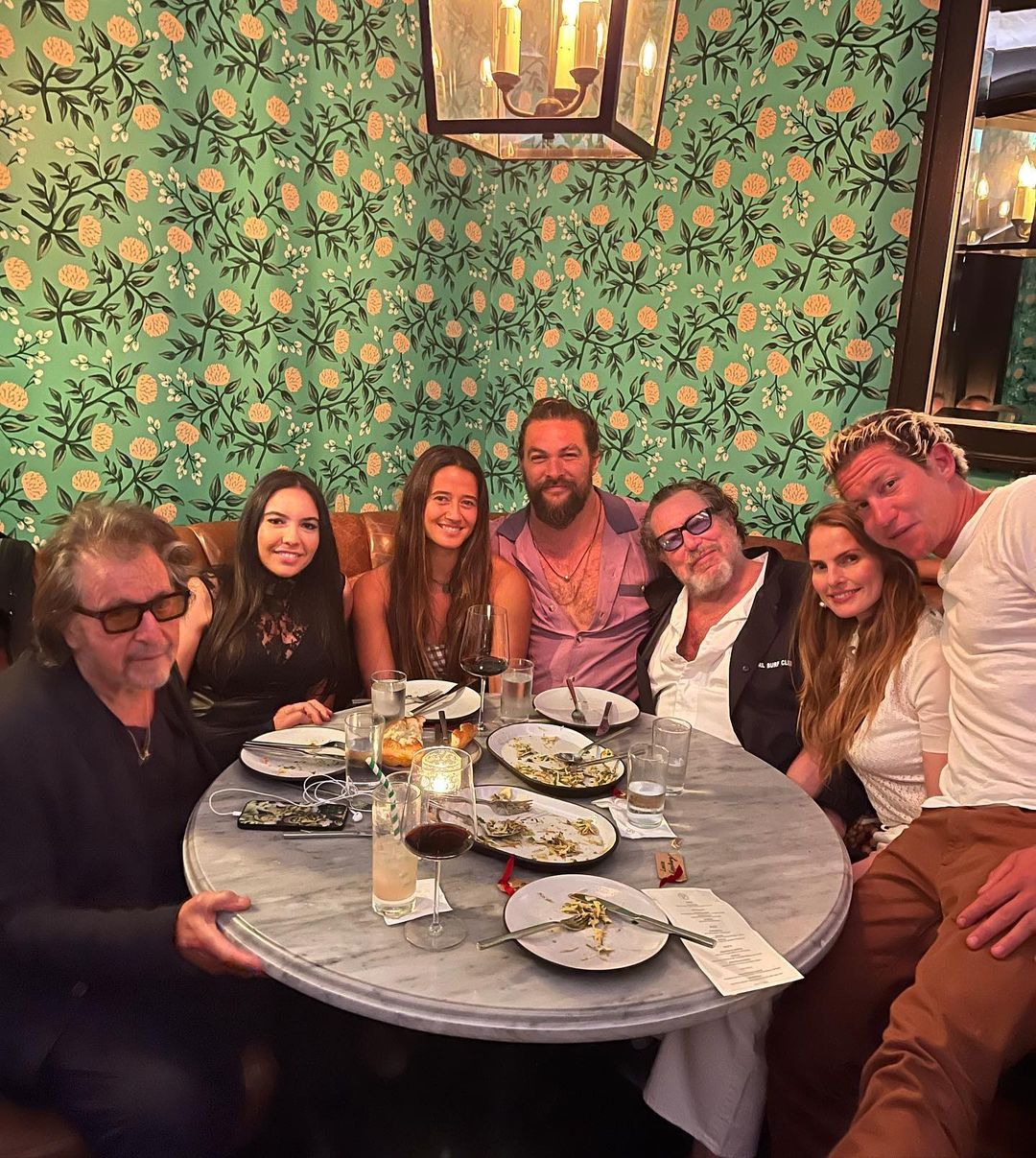 Four days ago, Jason Momoa posted an Instagram carousel from his visit to Julian Schnabel’s latest exhibition, and photos from the dinner he had with Schnabel and some friends after the art show. Momoa and Schnabel were joined by Al Pacino and others at the dinner. The photo, above, went viral because people were obsessed with Pacino’s phone case. Internet sleuths discovered that Pacino most likely carries a phone with a SHREK case. I honestly think that’s perfect, and I would love to hear Pacino talk about why he loves Shrek. “And then there’s Donkey, HOO AH, this Donkey!” Anyway, people were so obsessed with the Shrek phone case, it took this long for people to realize that the 81-year-old Pacino was with his 28-year-old girlfriend at the dinner.

While some were surprised to see Al Pacino, 81, dining out with a woman 53 years his junior — Page Six can confirm he has actually been dating Noor Alfallah, 28, for some time. Pacino and Alfallah, who comes from a wealthy Kuwaiti-American family, were pictured together this week at a group dinner celebrating a new art exhibition featuring the works of painter Julian Schnabel.

Alfallah has previously dated Mick Jagger, 78, billionaire investor and philanthropist Nicolas Berggruen, 60, and has also been spotted out in Los Angeles with 91-year-old Clint Eastwood, whom she insisted was a family friend.

One source said, “Pacino and Noor started seeing each other during the pandemic. She mostly dates very rich older men, she was with Mick Jagger for a while, and then she dated Nicholas Berggruen. She has been with Al for some time and they get on very well. The age gap doesn’t seem to be a problem, even though he is older than her father.She moves with the wealthy jet-set crowd, and she comes from a family with money.”

Pacino and Alfallah were spotted at Felix Trattoria in Venice, Calif., on Saturday night, getting into the same car as they left the restaurant. The dinner went viral after Jason Momoa posted a picture on Instagram that revealed Pacino has a Shrek phone case. A spokesman for Pacino didn’t comment and Alfallah didn’t return messages.

Pacino has had much younger girlfriends before, although it’s clear that Alfallah has had much older boyfriends before. I’m fascinated by the kind of “jet set lifestyle” which would enable a rich 28-year-old woman to date a series of septuagenarians and octogenarians. Is she, like, actively rejecting the advances of 40-somethings and 50-somethings? “No, you’ve got to be getting Social Security checks to ride this roller coaster!” 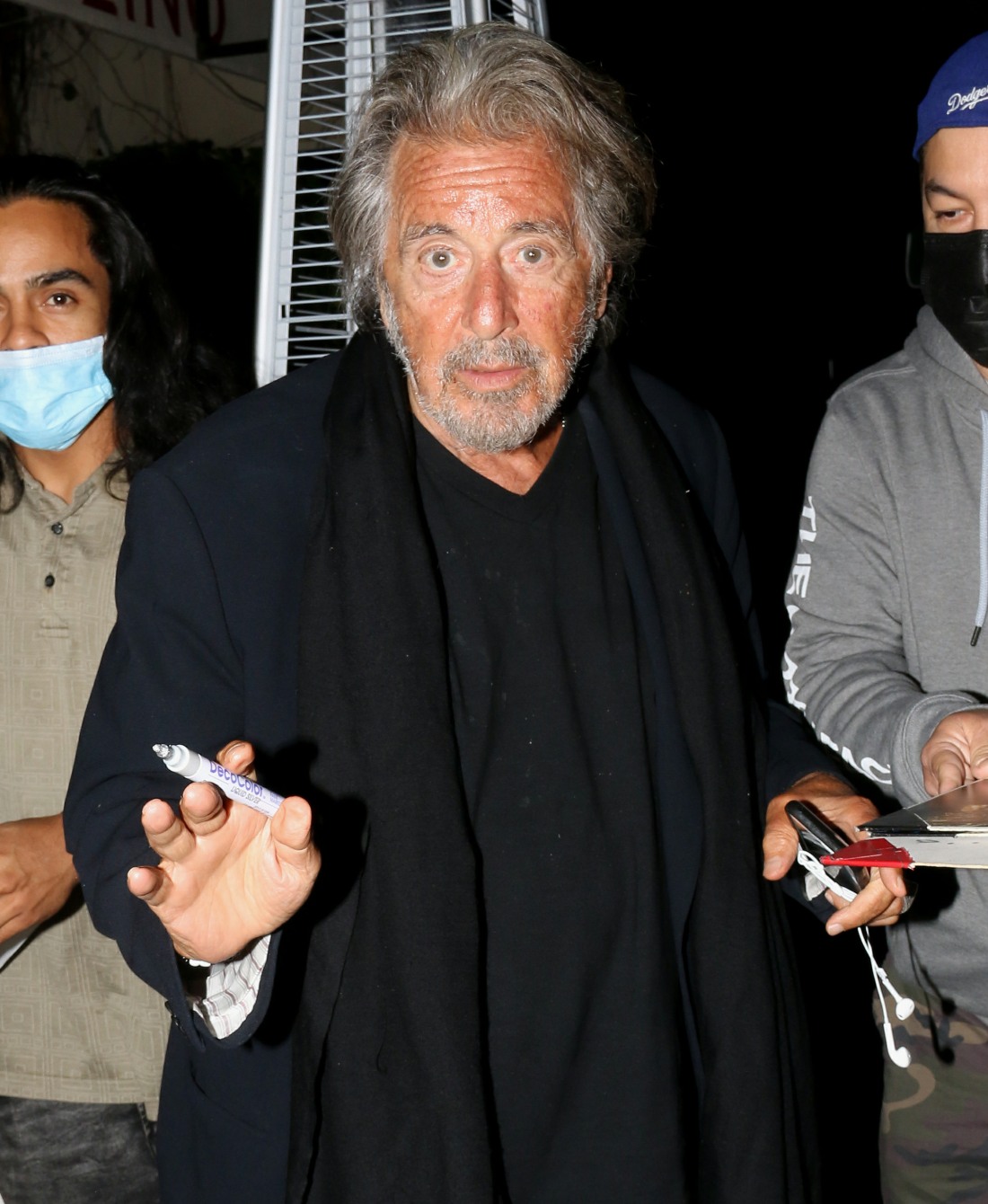