Sherri Shepherd on her son, 17: ‘Where did all my time with my child go?’

I enjoy Sherri Shepherd as an actress. I think Trial and Error was such an underrated show and she was great on it. I didn’t watch her much when she was on The View. I guess I have a second chance at seeing her in action because it’s been announced that she’s getting a new talk show, Sherri, to fill the The Wendy Williams Show time slot. Sherri will also serve as an executive producer. As EP, one of her first tasks was finding a job for her 17-year-old son, Jefferey Tarpley, Jr., which will allow Sherry to spend as much time with him as she can. Now that Jeffrey is getting close to leaving the nest, Sherri is wondering where time went.

Sherri Shepherd is an open book.

The former The View co-host, 55, appeared on Friday’s episode of the PEOPLE Every Day podcast where she talked about her experience being a mom in the spotlight and her excitement about her own new daytime talk show.

When she was offered the role, Shepherd had one thing in mind: her son Jeffrey Tarpley Jr., 17. ” I was like, ‘Can my son get a job at the show?’ That’s the first thing I thought,” she says. “Now this boy is going to be a working and contributing to my household.”

Shepherd, who is a single mom, also embraced the hours of the show to allow her more time with her teen. “Doing a daytime talk show is such a great thing for me because we do it and I’m off by a certain time,” she says. “Now I still gotta do my research and all of that, but I still can be home.”

With that said, the excitement of spending more time together might not be totally mutual. “I don’t know if he really will want me at his extracurricular activities,” the comedian says, joking that her son has been planning his move away from home pretty much since high schools started. “He is trying to find his independence as a young man and I support that.”

Though Shepherd says she sometimes thinks, “Where did all my time with my child go?,” she’s proud of the young man he’s turning out to be.

“He’s got a very dry sense of humor, he’s funny as all get up and he’s a compassionate person,” she said. “[With] boys it’s raising them to be respectful and to be compassionate. Those are the qualities that I want.”

Parenting for Shepherd, like most parents, has been far from easy. “Being a mother is the biggest accomplishment that I’ve ever had in my life,” she says. “It’s also my biggest insecurity because I always feel like I’m doing it wrong.”

But she hopes that following her own dreams will encourage Jeffrey to do the same: “I’m hoping that my son will see that I am doing what I love and then he will pursue his passion because he sees that his mom is doing it. And I try not to take on that guilt.”

Since CB and I both have 17-year-old sons, we kind of get what Sherri is saying here. For me, it’s not that the time flew by like everyone talks about. But I am grappling with the idea that he will not be living under my roof anymore. That’s an existence I can’t seem to remember. I understand why Sherri wanted to find Jeffrey a job on her show, so she could see him and still work and secure a future for the both of them. And bonus if he gets some work experience to add to his CV. I know that Jeffrey’s father tried to make Sherri feel bad as a mother when Jeffrey was younger, I’m glad she’s allowed to enjoy their time together now.

I also know that Jeffrey is not the only child Sherri supports financially and that many of you are going to ask why she isn’t worried about the time she’s missing with her ex-husband, Lamar Sally’s son. That’s such a quagmire and I don’t know how to weigh in on it. Obviously Sherri is financially responsible but I have always been uncomfortable with Lamar dumping Sherri and filing for divorce the minute the surrogate was pregnant, which Sherri also paid for. 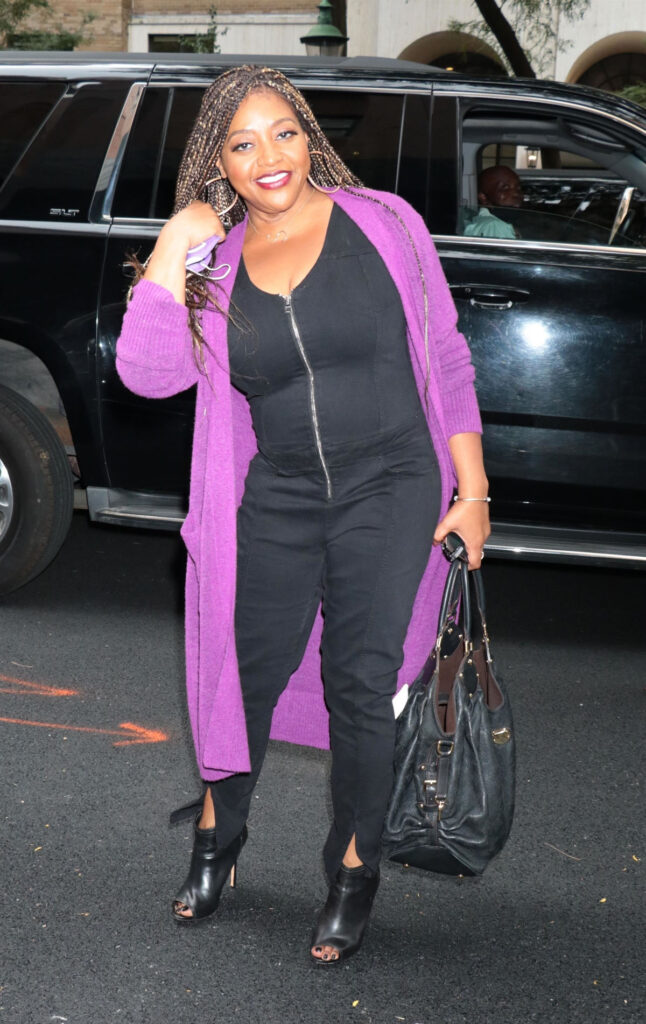 8 Responses to “Sherri Shepherd on her son, 17: ‘Where did all my time with my child go?’”