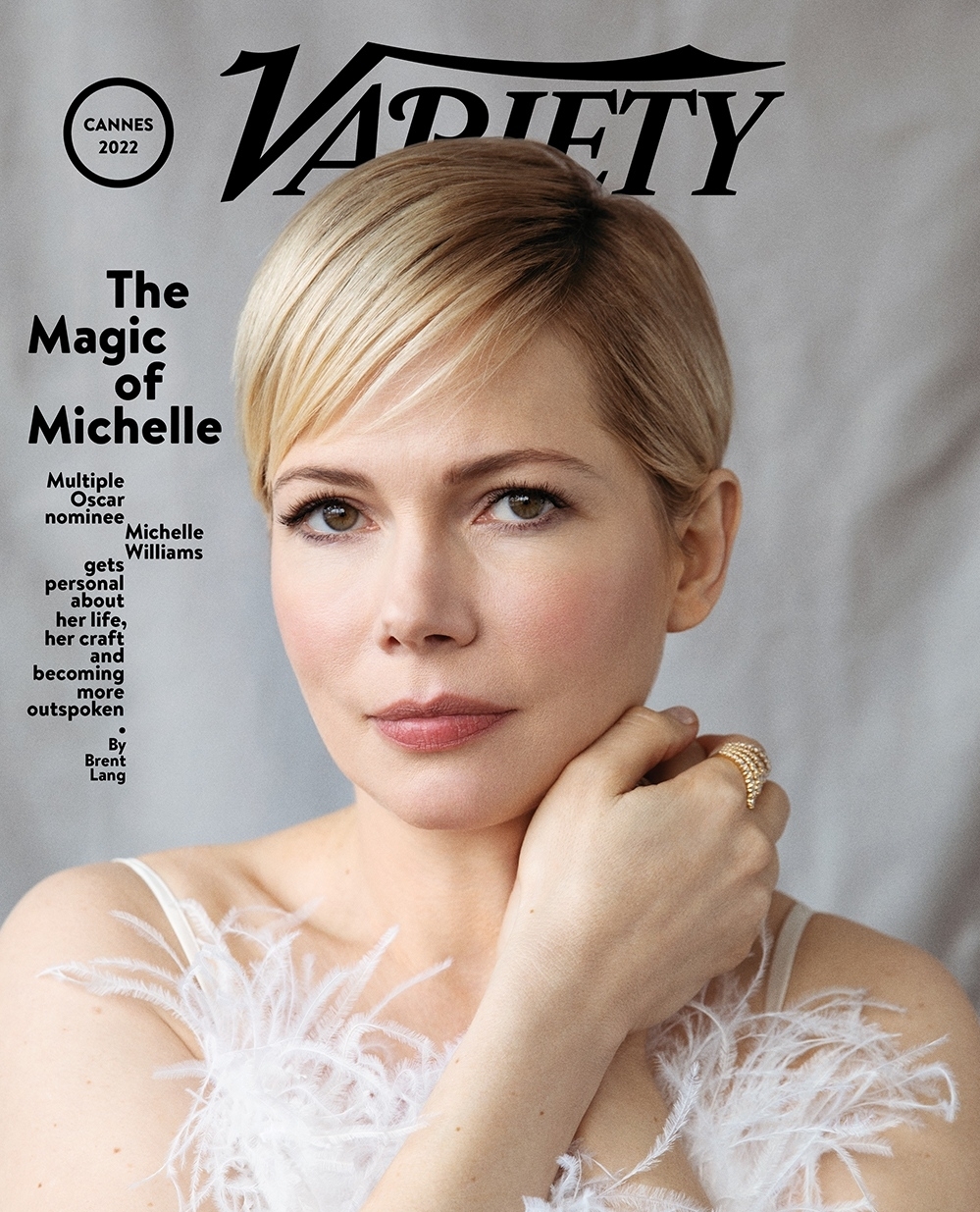 Michelle Williams has been quiet for a few years, which is why I completely forgot about the minor scandal involving her current relationship/marriage to Thomas Kail. Michelle met Kail when they were both married to other people – Kail was married to Angela Christian and Michelle was married to Phil Elverum. Michelle and Thomas met while they worked together on Fosse/Verdon – he was her director, and soon after the project wrapped, Michelle was pregnant and they announced their engagement. I’m pretty sure Kail was still technically married when he proposed to Michelle. Well, all of that messiness at the beginning just shows that it was meant to last (or something). Michelle and Thomas welcomed son Hart in 2020, and they are expecting their second child together. Matilda Ledger, Michelle’s oldest kid, is 16. She turns 17 in October! Michelle spoke about all of this and more in her Variety cover story:

Working with indie auteur Kelly Reichardt on ‘Showing Up’: “Am I going to regret saying this? Kelly spent a lot of time on [friends’] couches. Even as a revered filmmaker, she teaches [at Bard College] to supplement her filmmaking. Because she makes films infrequently, she doesn’t have health insurance through the DGA. So, she has a theater named after her at the Sorbonne, but she has to teach to get health insurance.”

Getting the call from Steven Spielberg casting her in The Fabelmans: “We were sitting around the house in COVID, with one day looking a lot like the next, and my phone beeped, and I had a message that Steven wanted to talk to me. I couldn’t comprehend that he might want to work with me. I thought he had a question or something. Then he got on the Zoom and told me that he wanted me to play this person, his mama.”

Her family now: “It’s totally joyous. As the years go on, you sort of wonder what they might hold for you or not hold for you. It’s exciting to discover that something you want again and again is available one more time. That good fortune is not lost on me or my family.”

Giving birth during the pandemic: “It was a reminder that life goes on. The world we brought a baby into is not the world we thought we were bringing a baby into, but the baby is ignorant of that. He experiences the unmitigated joy of discovery and the happiness of a loving home.”

She’s taking a break from work during her pregnancy: “I got nothing. I wondered if I could work while I was pregnant, but I’m too tired.”

On money: “Like most women, I always had a very uneasy relationship with money. It was never a motivating factor for me. My deepest desire was to contribute artistically to a way of working and to a kind of work, and I never had any illusions that would have big dollars attached to it.”

Becoming the public face of gender pay gap in 2018, with All the Money in the World: “I grew up a lot in that moment, because doing anything in public is very difficult for me. But I felt like I was getting a clear message that I needed to stand up and deliver. I needed to ask myself, can I be a big enough, strong enough and mature enough person to see the opportunity in front of me and take it?” So, Williams threw herself into the arena. She talked to activists in the field, such as Mónica Ramírez, co-founder of the National Farmworker Women’s Alliance and head of the National Latina Equal Pay Day campaign, to learn more about the problems of pay inequity. What she came to realize was that she needed to broaden her ideas about the value of money. “I saw that it’s not just about a strict dollar amount. It’s about self-worth. It’s about establishing a market value for something. And it’s up to all of us to say this is the right amount, the fair amount.”

She’s known Jeremy Strong since 2004: After Ledger died, Strong moved into Williams’ home, along with her sister and another friend. There, he would spend hours letting Williams and Ledger’s daughter Matilda ride on his back, pretending that he was a pony. “Jeremy was serious enough to hold the weight of a child’s broken heart and sensitive enough to understand how to approach her through play and games and silliness. [Matilda] didn’t grow up with her father, but she grew up with her Jeremy and we were changed by his ability to play as though his life depended upon it, because hers did.” The blowback that Strong received after the New Yorker article was hard to witness, Williams says, and the piece was even more difficult to read. “We’ve all been in awe of his talent.We’ve watched him work harder than anyone and wait a long time for other people to recognize it. So when he became so celebrated, we all celebrated.”

So many of Jeremy Strong’s co-stars and fellow actors have similar stories – that Strong is actually a very good dude who takes his job seriously and he’s someone who is lovely to his friends and coworkers. Michelle doesn’t invoke Matilda over nothing – Strong was and is someone Michelle has counted on for years, and she wants people to know that. I also respected the hell out of Michelle for what she said when her pay gap was revealed – she didn’t know she made so much less than Mark Wahlberg for the reshoots until much later, and you could tell that she was fighting her own discomfort to actually talk about money in public. She did though, and she did so eloquently.