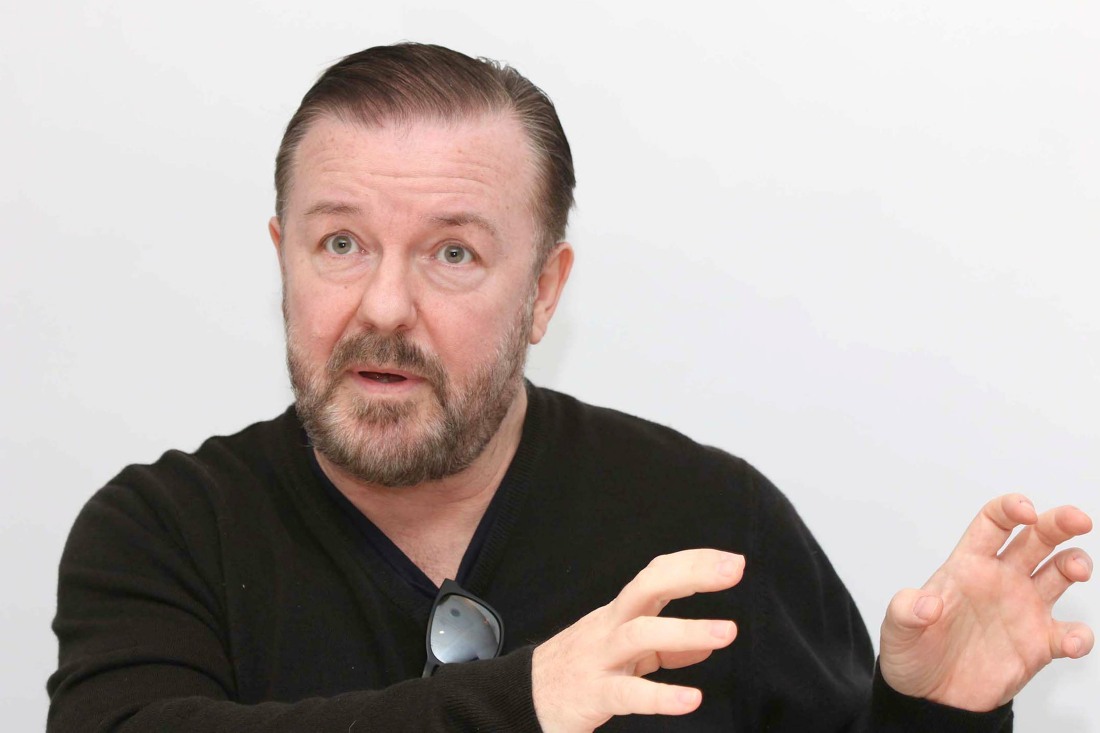 When did we, as a society, outgrow Ricky Gervais? For me it was circa 2016, maybe earlier. 2016 was the year where Gervais went from “that guy is nowhere near as funny or intellectual as he thinks he is” to “Wow, he’s a completely deplorable person.” He hosted the 2016 Golden Globes and he made transphobic jokes about Caitlyn Jenner, then threw a huge public tantrum when people were like “wow, Ricky Gervais wasn’t even funny.” That seemed to be the inflection point for Gervais – he threw himself into “offending” people, because he’s just so witty and intellectual. He’s not “woke,” you see. He has to show us that he’s not woke. He has to show everyone that he thinks transgender people are weird and deserving of mockery. It’s high-minded, he swears!

Anyway, all of this to say that Netflix is really leaning into their transphobic programming. They gave Gervais another stand-up special called SuperNature. It became available on Netflix this week. As soon as people started streaming it, they got on Twitter to warn people about Gervais’s f–king awful “comedy.” You know what? I’m not even going to include the part of this Variety story which transcribes some of Ricky’s “jokes”:

Ricky Gervais’ Netflix comedy special “SuperNature” has only been released on the streamer for a few hours, but it has already drawn criticism for a string of graphic and hurtful transphobic jokes. Four minutes into the special, Gervais dives into material about the trans community seemingly calculated to draw controversy.

A few minutes later, when discussing Kevin Hart removing himself from hosting the Oscars in 2018 for past homophobic tweets, Gervais continued joking about the trans community.

“You can’t predict what will be offensive in the future,” Gervais said. “You don’t know who the dominant mob will be. Like, the worst thing you can say today, get you cancelled on Twitter, death threats, the worst thing you can say today is, ‘Women don’t have penises,’ right? Now, no one saw that coming. You won’t find a ten year old tweet saying ‘Women don’t have penises.’ You know why? We didn’t think we f–king had to!”

Toward the end of the special, Gervais offers his reasoning for trans jokes, saying, “Full disclosure: In real life of course I support trans rights. I support all human rights, and trans rights are human rights. Live your best life. Use your preferred pronouns. Be the gender that you feel you are. But meet me halfway, ladies. Lose the c–k. That’s all I’m saying.”

[From Variety]
I genuinely want to know why comedians like Gervais and Dave Chappelle can’t let it go. Why they are stomping their feet and wailing about their absolute RIGHT to punch down on marginalized communities, communities with too little visibility as it is. And the thing is, no one is f–king disagreeing with the idea that any given comedian has the right to make whatever jokes they want. Gervais has that right. He can be as offensive, bigoted, racist, misogynistic and triggering as he wants to be. But we get to respond and react to it. We get to tell them they’re hateful losers and bigoted hacks. We get to tell Netflix that they should have buried this sh-t as soon as they saw it. There’s no “right to a Netflix special.” Until comedians are financially punished for this sh-t, nothing will change. Right now, Netflix is rewarding comedians for their hate.

Ricky Gervais has a new stand up show out on Netflix today.

5 minutes in and he’s making jokes about trans women attacking & raping people in public bathrooms. To him we exist only as a punchline, a threat, something less than human. 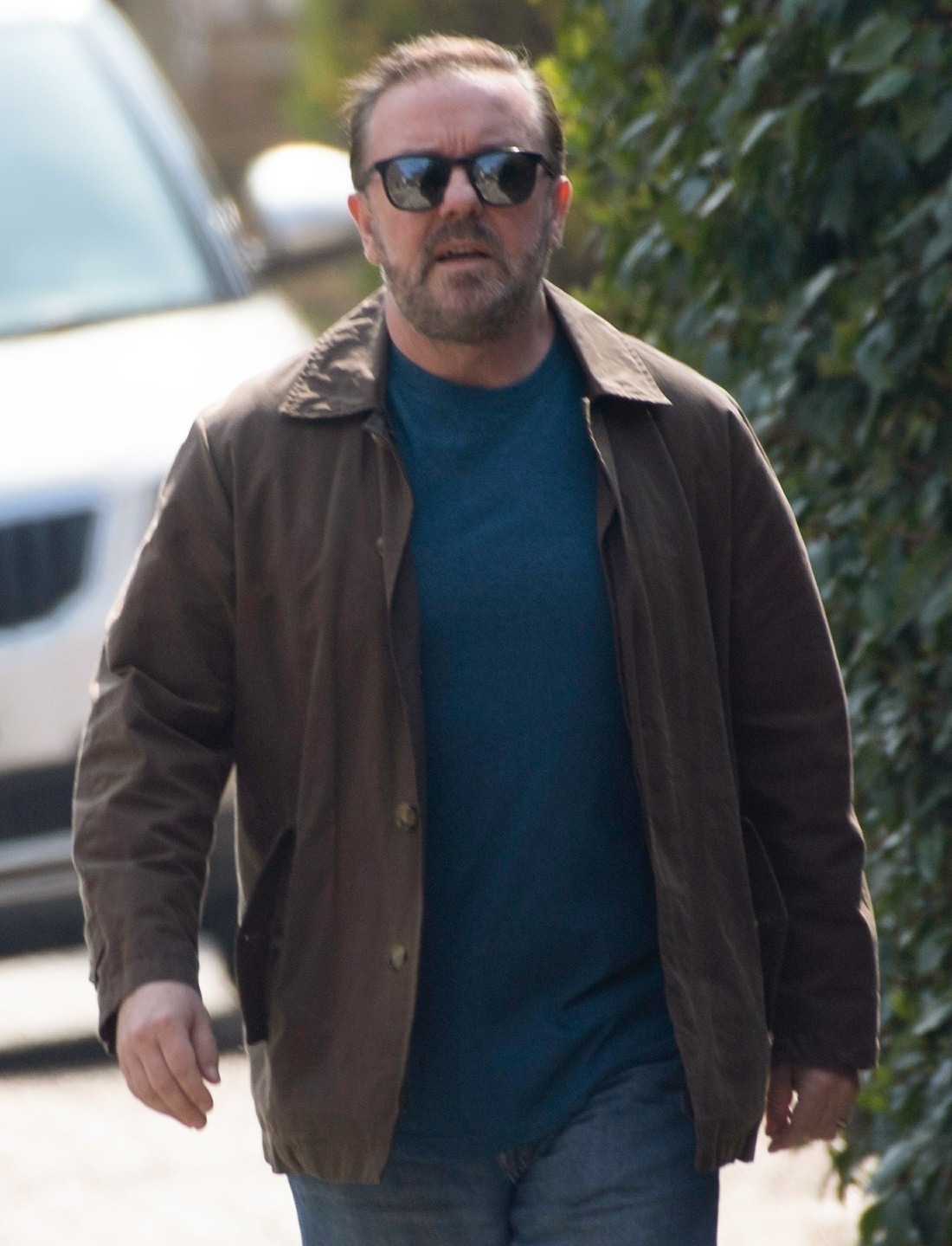 Photos courtesy of Instar and Backgrid.

No Tabloids London, England -20200301 – Press Conference for After Life -PICTURED: Ricky Gervais -PHOTO by: MUNAWAR HOSAIN/startraksphoto.com This is an editorial, rights-managed image. Please contact Startraks Photo for licensing fee and rights information at sales@startraksphoto.com or call +1 212 414 9464 This image may not be published in any way that is, or might be deemed to be, defamatory, libelous, pornographic, or obscene. Please consult our sales department for any clarification needed prior to publication and use. Startraks Photo reserves the right to pursue unauthorized users of this material. If you are in violation of our intellectual property rights or copyright you may be liable for damages, loss of income, any profits you derive from the unauthorized use of this material and, where appropriate, the cost of collection and/or any statutory damages awarded