Nick Cannon on whether his babies’ mothers get along: ‘they don’t have to’ 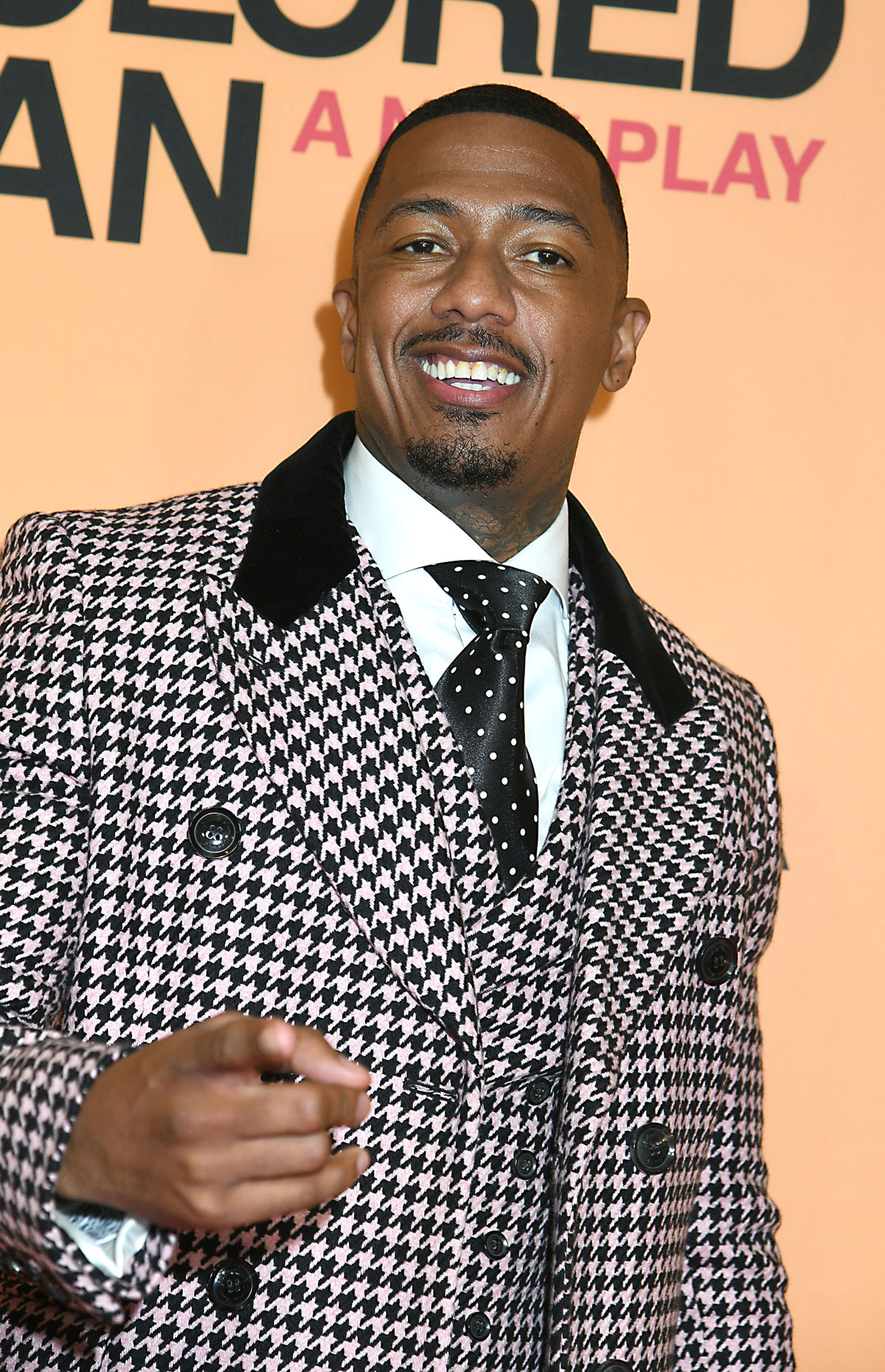 Last we heard from Nick Cannon, he had a vasectomy consultation because he wasn’t “looking to populate the Earth.” He’s about to have his eighth child by a fifth woman later this year. Nick appeared on a radio morning show to… I guess shoot the sh-t and talk about all his kids and “how he operates.” It was a lot of joking around about his circumstances. One of the hosts asking whether all the children’s mothers get along and Nick said they don’t have to get along with each other because they all get along with him.

Nick Cannon is opening up about the relationship between the different women with whom he’s welcomed his kids.

The TV personality, 41, appeared on The Big Tigger Morning Show on V-103 last week, where he got candid about his life as a soon-to-be dad of eight and what it’s like to co-parent with multiple women.

The Nick Cannon Show host is dad to 10-year-old twins Monroe and Moroccan with ex-wife Mariah Carey, 5-year-old Golden “Sagon” and 1-year-old Powerful Queen with Brittany Bell, and 9-month-old twins Zion Mixolydian and Zillion Heir with Abby De La Rosa. The comedian is also dad to a child with Alyssa Scott — son Zen, who died on Dec. 5 after being diagnosed with brain cancer last year.

In January, Cannon announced that he is expecting his eighth child later this year with model Bre Tiesi.

Asked whether “all the baby mamas get along,” Cannon replied, “They don’t have to, they all get along with me.”

When the radio host brought up that Cannon takes maternity photos with each of the mothers, Cannon said he believes “everyone deserves that.”

“I don’t keep no secrets. They know how I move. I multitask,” he added.

As for whether Cannon sees any additional kids in his future, he quipped, “Isn’t there always?”

“My bag was different back then. I just want to be responsible as a father … I didn’t set out [for this to happen] … I just want to be the best father I can possibly be, and lean into it,” he continued. “I embrace all my children, I love children, but I wasn’t setting out to be Father Abraham, I just embrace it.”

“A lot of people have a lot of children as well and they kinda keep it quiet or they don’t talk about it, I lean into mine,” he said.

I listened to the interview because in writing Nick’s words read as pretty gross and I thought maybe I was reading too much into that. But nope, it’s even worse when you can hear his intonation — flip and full of bravado, narcissism, and toxic masculinity. Like yes, the relationships with each individual woman and child(ren) are his responsibility to manage. But the idea that he’s the center of the universe and as long as they get along with him that’s all that matters is so dismissive of (a) other people’s feelings and (b) the relationships the children will have to one another as half-siblings. His perspective on the whole thing is just gross. Talking about juggling multiple women, children, and families as “multitasking” like working and eating lunch at the same time is gross. And talking about the fact that he “leans into” his children and doesn’t keep them a secret like it’s some kind of badge of honor is also gross. It’s literally the bare minimum. And he’s talking out of both sides of his mouth yet again — he now says he “wasn’t setting out to be Father Abraham,” except in the past he said he was.

20 Responses to “Nick Cannon on whether his babies’ mothers get along: ‘they don’t have to’”