Nick Cannon had a vasectomy consultation: ‘I ain’t looking to populate the Earth’ 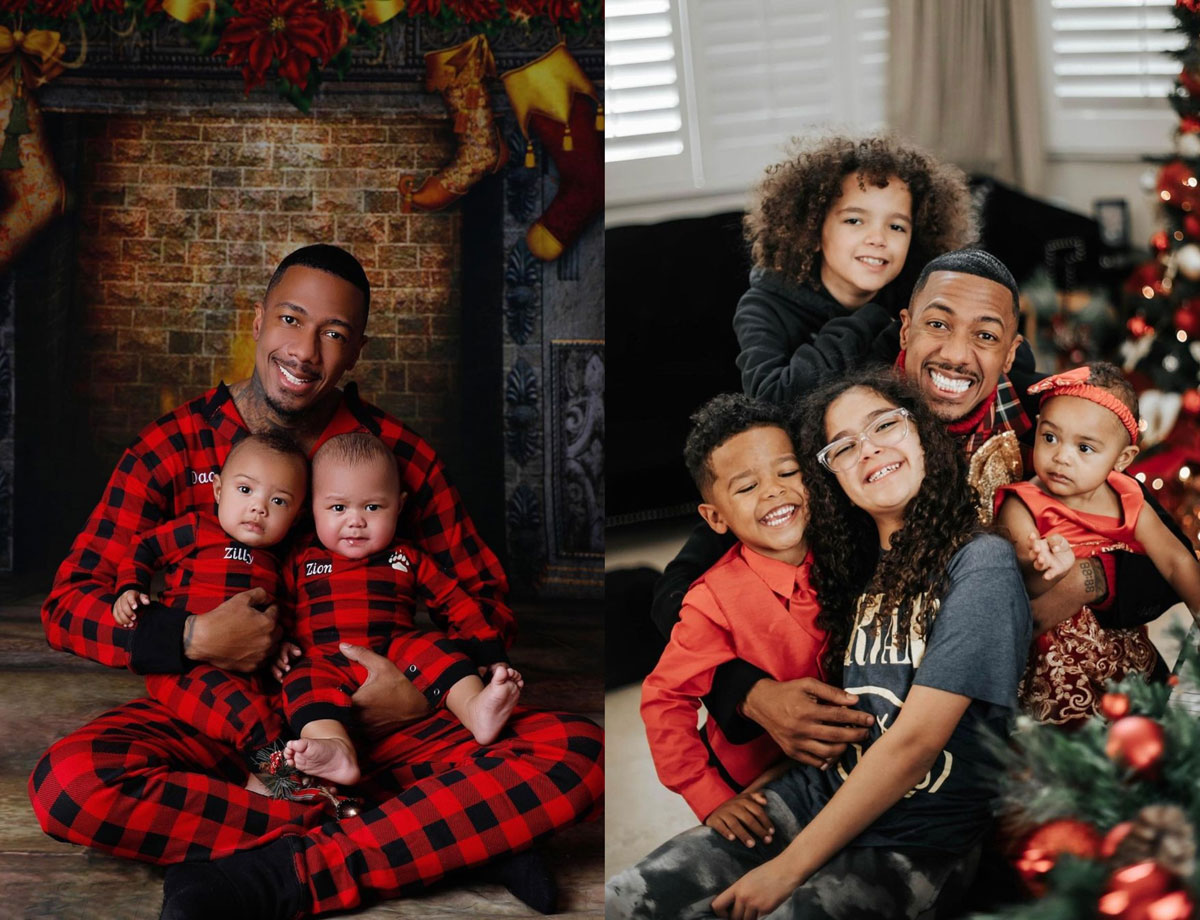 If you told me like 20 years ago that Nick Cannon would have eight children with five different women — including four babies by three women in the span of 12 months — I probably would have laughed. Back then, he seemed like such a nerdy Nickelodeon dude, transitioning to nerdy movie roles, and hosting a pretty dorky show. No one in my middle school was thirsting after Nick. He’s actually kind of a Pete Davidson prototype in that he punched above his weight with Kim Kardashian, Christina Milian, and Mariah Carey.

Anyway, Nick’s eighth kid is on the way — the news about this pregnancy came out the month after his seventh child tragically died of brain cancer — and he’s again saying he will be taking a break from babies and this time even went to far as to get a vasectomy consultation. This is actually surprising because I thought he was aiming for a soccer team to play the Baldwins.

Already a father to seven kids—soon to be eight—Nick Cannon is taking a break from babies.

The multi-hyphenate, 41, shared what the future of his family will look after the birth of his latest child with girlfriend, Bre Tiesi, exclusively with E! News’ Daily Pop on May 17.

“I don’t know if I would’ve designed it this way, but it’s one of those things when you’re blessed with the gifts of children—and as we all know, I’ve been through so much, I find solace, I find peace in my children and I find purpose,” Cannon told hosts Justin Sylvester and Loni Love. “So, I’m not out here looking.”

He added, “I already went and got my vasectomy consultation. I ain’t looking to populate the Earth completely, but I’m definitely looking forward to taking care and loving all the children that I currently have.”

Working in the entertainment industry brings its fair share of parenting struggles, especially when it comes to splitting time between work and family.

“I do have the guilt of not having enough time to spend with all of my children, as we all do because we’re working and constantly going,” he shared. “Especially right now when they’re younger. We was doing little league with my 5-year-old [Golden Cannon] this weekend. We got swim practice this week. I take my kids to school every morning. I FaceTime. Two weeks ago, [twins Moroccan and Monroe Cannon, 11] had their birthday party. We shut down Six Flags.”

Despite some struggles, “big kid at heart” Cannon strives to be as involved in his kids’ lives as he can, including helping them pursue their musical and artistic interests.

“You definitely gonna see some Cannons on the screen and hear their music,” he joked. “I’m going to have to recoup some of this. So they gonna be some talented babies.”

Nick talks out of both sides of his month so who knows how true this is. He said he was taking a break last September and then there was an announcement in January. And then he said he wanted as many children as he could provide for (so maybe he realized seven children is a lot of support). He also says he doesn’t feel ownership over his children’s mothers, but if they see other people he’ll stop financially supporting them, so… Nick contradicts himself a lot. He also seems to have a lot of buzzwords and pat phrases he likes to say and people like that generally seem disingenuous. I know in the past he’s said that all the children were a result of his fear of death from his health struggles, and that is likely true, but a lot of men do similar things without the same health struggles so I do wonder if there were other reasons for his actions. In any case, it’s good he realized/admitted to the guilt of not being able to spend enough time with all his children. It’s hard enough to spend time with multiple children in one household, much less spread out across five different ones. Financial support really can’t take the place of time and attention. No matter what, it will be a complicated situation for the kids as they grow up.

So did Nick change his tune because he saw the emotional consequences of his actions? Or for financial reasons? Maybe he was just tired of getting roasted, especially around Mother’s Day, and wanted this news out so he can enjoy Father’s Day in peace.

When National Geographic said the average American would look like this by 2050 I had no idea it’s bc most of the population would be descended from Nick Cannon. pic.twitter.com/r26thmnj6O

y’all think nick cannon texted everyone individually or he just put all the women in a group chat to tell them happy mother’s day?

Nick Cannon is about to have 4 kids in the same year yet science is hard at work providing a variety of birth control for women only.

15 Responses to “Nick Cannon had a vasectomy consultation: ‘I ain’t looking to populate the Earth’”