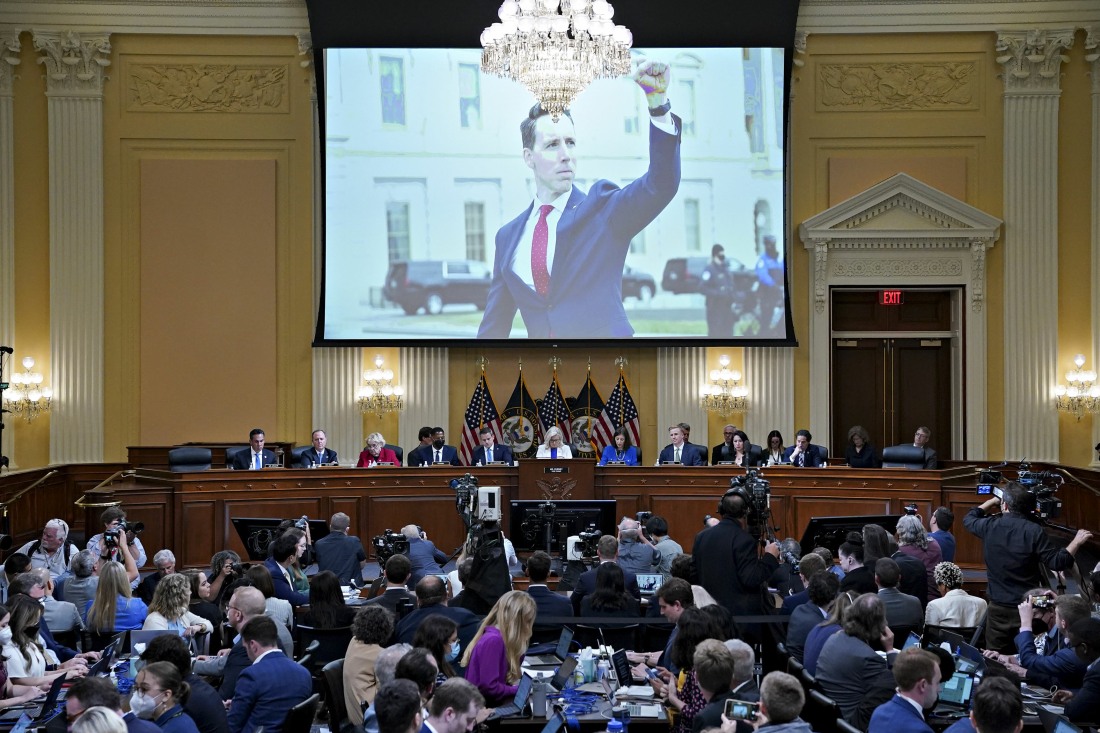 One week ago exactly, we were laughing about Senator Josh Hawley running away like a coward on January 6th. Hawley was one of the Republican ratf–kers openly subverting democracy in the lead up to the January 6th terrorist attack on the Capitol. That morning, before terrorists breached the Capitol, Hawley raised his fist to the terrorists to express his solidarity with them. Then when they breached the Capitol, Hawley couldn’t run away fast enough. Let’s watch it again:

Everyone laughed at him, because he’s a limp, small, chinless, sniveling, flaccid coward. Well, awkward timing, but Hawley got a book deal to talk about manhood, masculinity and being a big, tough guy. For real.

Days after his hometown paper labeled him a “fleeing coward” and a “laughingstock” for sprinting away from the Jan. 6 rioters shortly after egging them on, Sen. Josh Hawley (R-MO) has come up with a foolproof way to stop the ridicule. The Missouri senator will set out to own the libs in Manhood: The Masculine Virtues Americans Need, a “bold new book,” as its Amazon description reads, that “calls on American men to stand up and embrace their God-given responsibility as husbands, fathers, and citizens.”

The bulk of the book spins off a speech Hawley delivered to the National Conservatism Conference last November, in which he asked: “Can we be surprised that after years of being told they are the problem, that their manhood is the problem, more and more men are withdrawing into the enclave of idleness, and pornography, and video games?” The book is reportedly set to go on sale next May.

“The masculine virtues Americans need”? What are masculine virtues, I’m sincerely asking? Genuinely, the whole idea of gendered “virtues” is just so… Christian cultist. Just call it Toxic Masculinity: A Guide. Anyway, I feel safe saying that literally NO man needs a lecture from this flaccid coward.

Note: Hawley lost his publishing contract with Simon & Schuster last year. Now his books are being published by Regnery Publishing, which does only right-wing propaganda-type books. 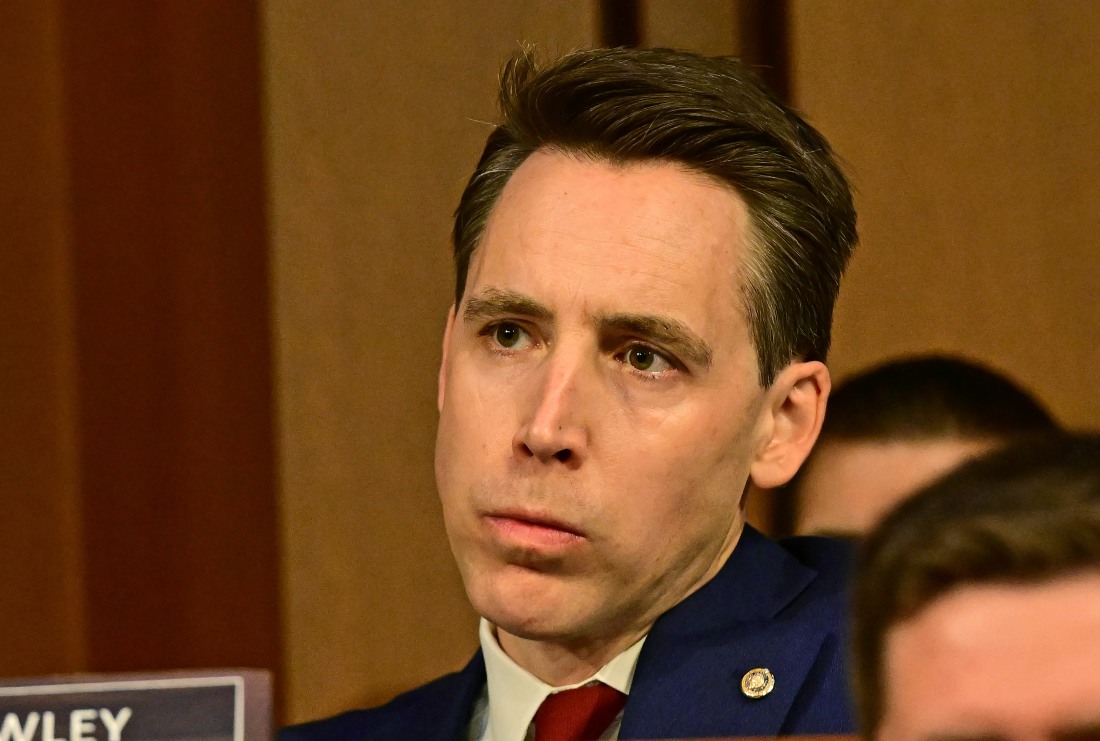 EXCLUSIVE United States Senator Josh Hawley (Republican of Missouri) is intense and emotional with his questioning of Beth Robinson as she appears before a Senate Committee on the Judiciary for her nomination hearing to be United States Circuit Judge for the Second Circuit, in the Dirksen Senate Office Building in Washington, DC, Tuesday, September 14, 2021. Credit: Rod Lamkey / CNP Where: Washington, District of Columbia, Vereinigte Staaten When: 14 Sep 2021 Credit: Rod Lamkey – CNP/DPA/Cover Images **ONLY AVAILABLE FOR PUBLICATION IN THE UK AND USA**

EXCLUSIVE United States Senator Josh Hawley (Republican of Missouri) questions Judge Ketanji Brown Jackson as she appears for the third day of her Senate nomination hearings to be an Associate Justice of the Supreme Court of the United States, in the Hart Senate Office Building in Washington, DC, Wednesday, March 23, 2022. Credit: Rod Lamkey / CNP Where: Washington, District of Columbia, Vereinigte Staaten When: 23 Mar 2022 Credit: Rod Lamkey – CNP/DPA/Cover Images **ONLY AVAILABLE FOR PUBLICATION IN THE UK AND USA**