Adele: ‘I definitely want more kids. I’m a homemaker and I’m a matriarch’ 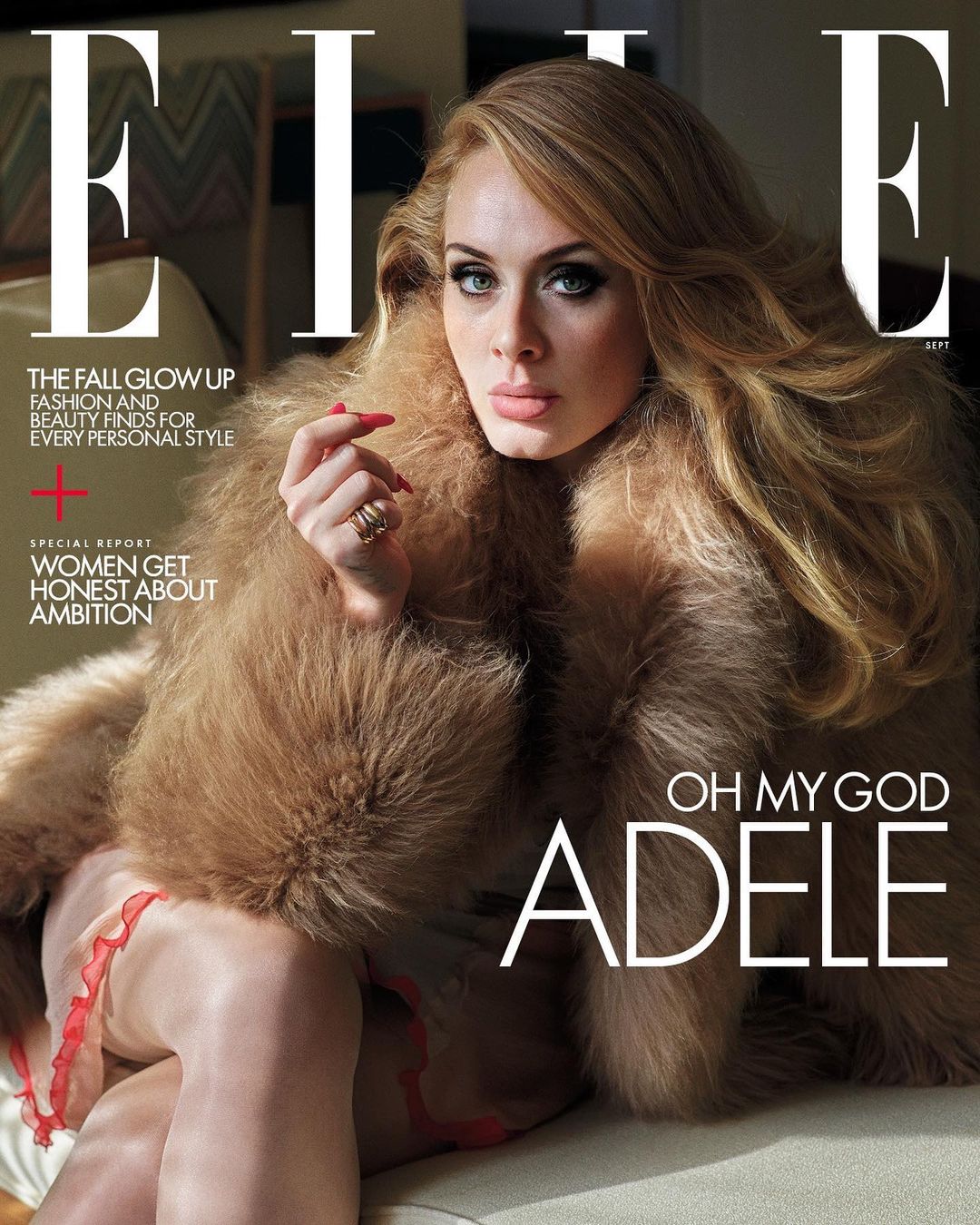 Adele was supposed to spend this year going back and forth between her life and home in LA and her residency in Las Vegas. In January, she canceled her residency because nothing was ready with the staging, and it didn’t seem like Adele was actually ready to do the residency. When she tearfully canceled the residency – for which tickets had already been sold – people were really mad at her and disappointed in general. Adele covers the September issue of Elle, and a huge chunk of the cover story is about why she canceled the residency, how she figured out the staging and how the show will be up and running this fall. I know Adele feels bad and she feels like she let her fans down, but so much of this episode was mishandled. Some highlights from Elle:

Canceling the Vegas show: “It was the worst moment in my career, by far. By far. I was so excited about those shows. It was devastating. There was just no soul in it. The stage setup wasn’t right. It was very disconnected from me and my band, and it lacked intimacy. And maybe I tried too hard to give it those things in such a controlled environment.”

How she felt after she canceled: “The first couple of months was really, really hard. I was embarrassed. But it actually made my confidence in myself grow, because it was a very brave thing to do. And I don’t think many people would have done what I did. I’m very proud of myself for standing by my artistic needs.”

Her secret Twitter: For a while, she had used a secret Twitter account to occasionally lurk her mentions, but as frustrated fans began to flood her social media accounts with critical comments about the abrupt announcement, she deleted it. “I was embarrassed,” Adele says, grimacing at the memory. “I went into hiding.”

Licking her wounds: She more or less stopped promoting the album, afraid that doing so would make it seem like she didn’t care about the canceled shows. (As a result, she has at least one unreleased music video for 30 in the queue.) “I didn’t want anyone to think I weren’t trying my best,” she says, her voice getting quiet. “And I was.”

The idea of a Vegas residency always made sense to her: “I think I’m right to do it right now. I know I’m not, like, 60 years old and I haven’t got 20 albums under my belt. But I think my music will work in a show in Vegas. I haven’t really witnessed [30] out in the world yet. It’s gonna be so emotional. I don’t know what I’m gonna do with meself.”

She fell madly in love with Rich Paul. “Beyond. I’ve never been in love like this. I’m obsessed with him.” Adele and Paul had been friends for some time, but their relationship became romantic in 2021, and they went public when she sat courtside with him at an NBA Finals game that July. (“Lucky for him, I love basketball,” Adele says. She’s partial to the Phoenix Suns.) She turned 34 on May 5, and celebrated her one-year anniversary with Paul—as well as her purchase of a nearby Beverly Hills mansion formerly owned by Sylvester Stallone—nearly a week later.

Their blended family: Paul has three children of his own, including a daughter in college, and they are renovating their new home together with a blended family in mind. (Adele’s one existing personal social media account is for Pinterest, where she says she’s been collecting ideas for interiors.)

She wants more kids: “I definitely want more kids. I’m a homemaker and I’m a matriarch, and a stable life helps me with my music. But right now, all I got in my brain is Vegas. I wanna f–king nail it.”

All year, I’ve felt like something feels “off” about Adele. I’m not saying that she’s on a sh-t list or that I dislike her, I just think she’s going through some sh-t personally and professionally and a lot of that is self-made. I genuinely got the sense months ago that she was coming to the realization that SHE is the drama. Remember her Graham Norton interview in February when she seemed to want people to think that she was engaged, and that she was planning to have a baby next year? I keep thinking that Rich was probably not feeling her public pressure at all. Anyway, I hope Adele doesn’t cancel the residency a second time. Here’s hoping.

38 Responses to “Adele: ‘I definitely want more kids. I’m a homemaker and I’m a matriarch’”