Lili Reinhart on Hustlers: ‘I felt very much out of my league’ 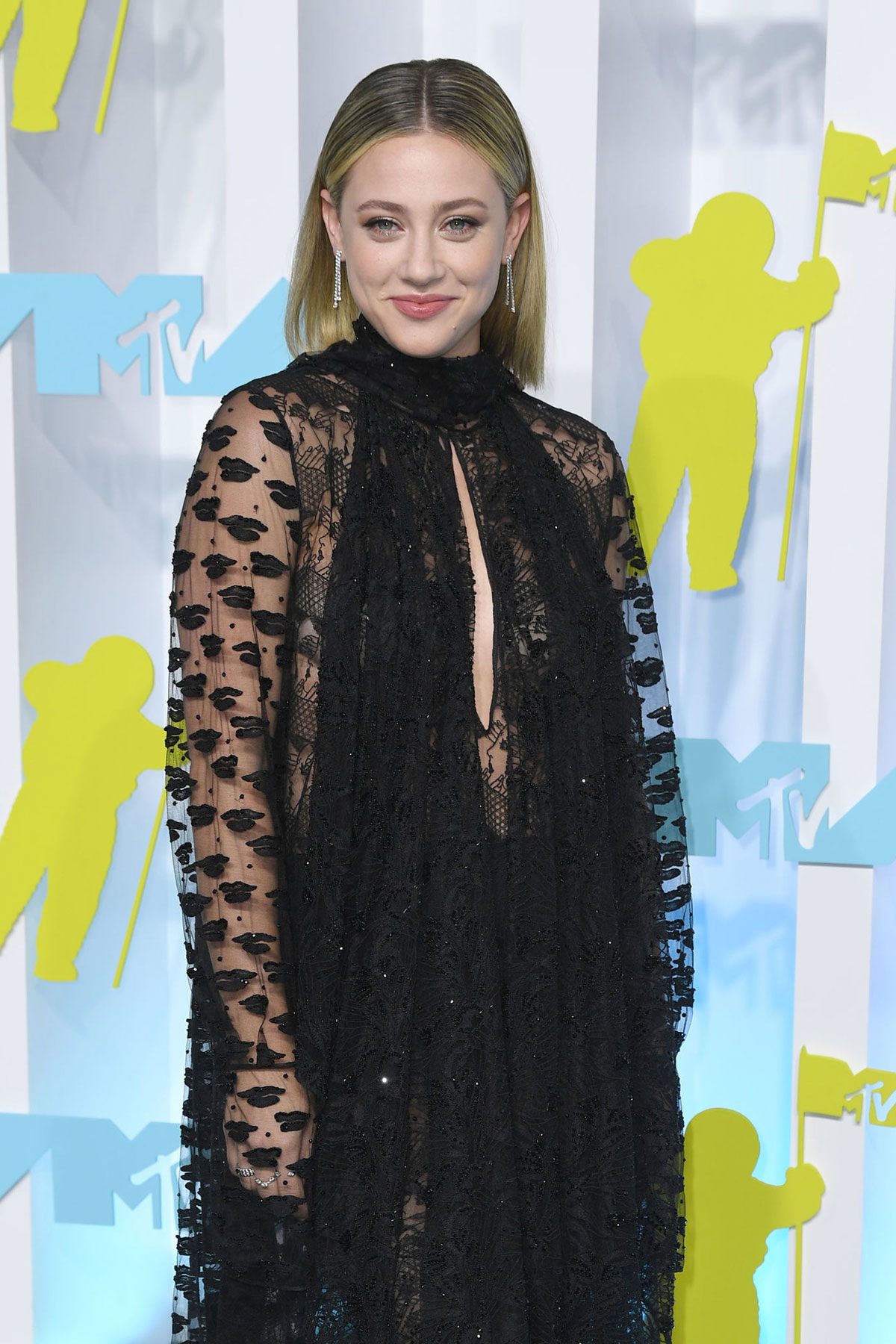 Lili Reinhart, the actress perhaps best known for her role as Betty Cooper on the absolutely bonkers Riverdale, has a new Q&A interview with Buzzfeed. She seems to be promoting her Netflix movie, Look Both Ways, which is sort of a 2022 take on Sliding Doors, though she doesn’t seem to like that comparison. The two alternate lives for Lili’s character are what happens after she does or doesn’t get pregnant during her college graduation festivities. Anyway, Lili’s Buzzfeed interview covers her new movie, her role on Riverdale, and some of her previous roles, including Hustlers. I’m sure the latter was top of mind with all the JAffleck coverage in the news lately.

On feeling intimidated during filming Hustlers: And I even did that during Hustlers. I was very intimidated to be in a film with such wonderful actors that I felt insecure. I kept texting our director Lorene [Scafaria] and saying, “Am I playing this how you want?” I was just hoping that I wasn’t going to be fired out of the blue. It was just my little insecurity imposter syndrome peeking through, but I was like, “Just making sure I’m doing okay!” Not looking for validation, just making sure that I was making people happy.

On working with JLo and Keke Palmer: I was intimidated being in that environment for sure. I felt very much out of my league. Sort of very much, “Am I supposed to be here? Like, how did I end up here with this group of women?” I just felt floored and honored to be there. I just tried to soak it all in. We were filming in New York, which in itself is kind of overwhelming. I had my own little Airbnb in Chelsea and was able to enjoy my days off there in New York and explore because I’d never filmed something there before. But working with the girls was just…admiring their sense of making the roles their own and taking what was on the page, but completely doing something so specific with what was there. Constance [Wu], and J.Lo, and Keke — those were the girls I worked with most — just taking a role above and beyond what was on the page was super inspiring. And Keke is, I think, one of the funniest people I’ve ever met in my life. I just saw NOPE, and I want to keep supporting her. I think she’s so wonderful. She’s truly one of the funniest people I’ve ever met. I would love to work with her again.

Whether she might work with her Hustlers co-stars in the future: Nothing on the horizon to work together again yet. I do hope, like very much hope, in the future. We check up on each other on Instagram every now and then.

Lili and Keke are actually both Virgos, so I’m surprised they made the cut. No, but what she says about her time on set and the other ladies does make sense. JLo is JLo, Keke has worked for a long time and in some really great stuff, and Constance was just coming off of Crazy Rich Asians and Fresh Off the Boat. And Lili was a girl from a CW show. No shade, I love a CW show just as much as the next millennial, but they do inspire some eyeballs among others. It makes sense that Lili felt a bit out of her league on such a buzzy movie with such impressive co-stars. But I thought she did a really good job in her role and the puking joke was pretty funny and she really sold it. It also makes sense that she connected the most with Keke since they’re around the same age. I wonder if it bugs Lili that she’s still asked about a movie from three years ago in which she played a supporting role, instead of her more recent projects in which she’s the lead. She’s a solid actress and Look Both Ways was decent — it’s the perfect movie to stream if you’re looking for something light on a lazy Sunday afternoon. 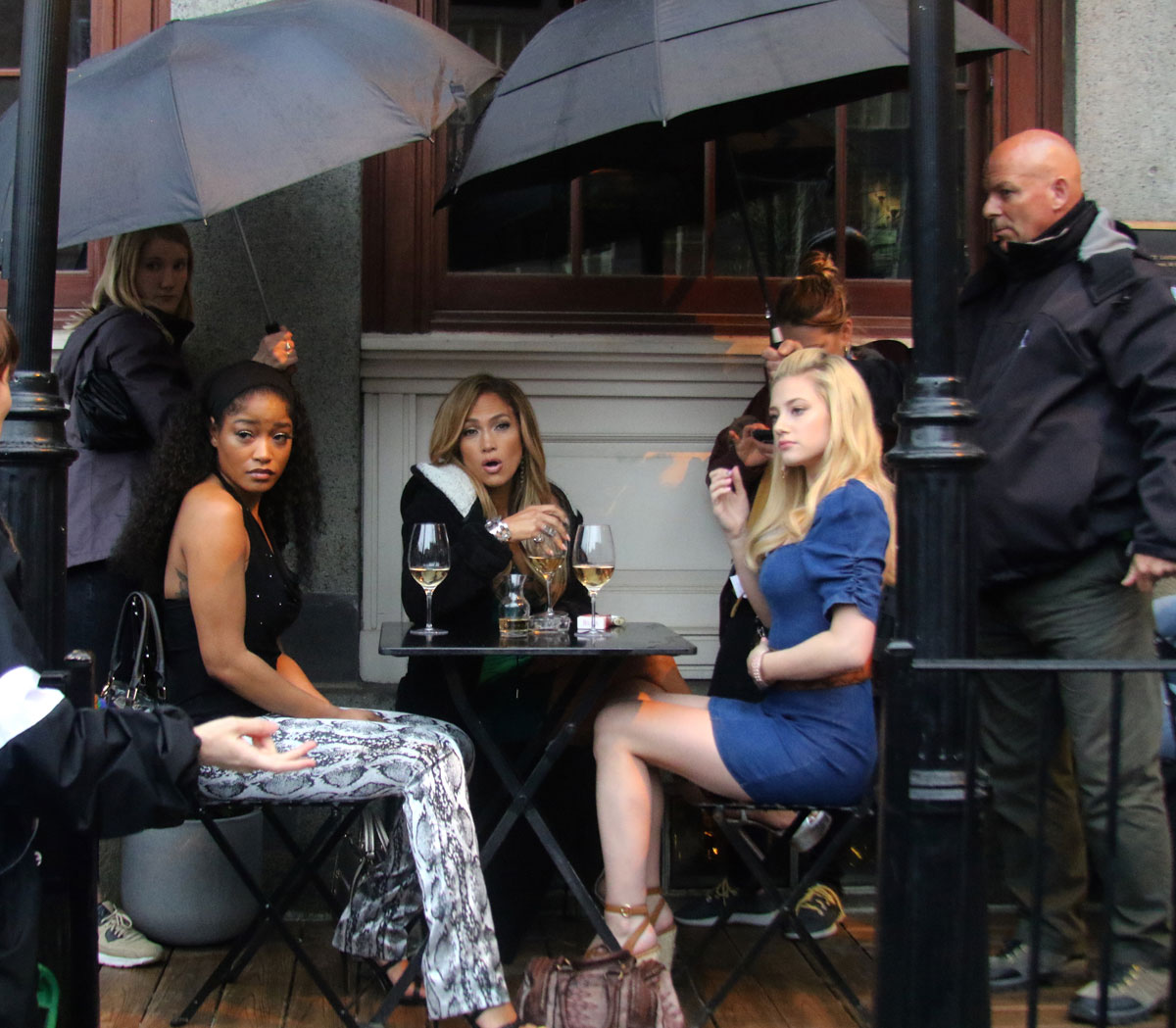 8 Responses to “Lili Reinhart on Hustlers: ‘I felt very much out of my league’”