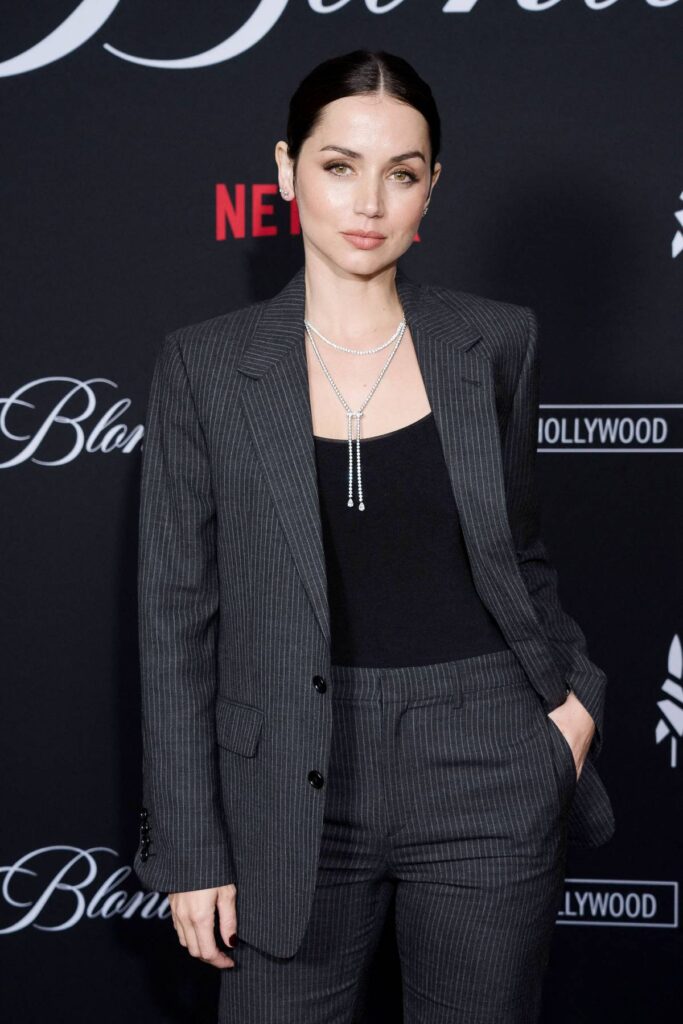 I’ve seen the trailers for Blonde with Ana de Armas and I’m intrigued, although I haven’t seen anything to convince me we’re getting a truly different side to Marilyn Monroe’s story. But it’s on Netflix so I will most likely watch it. I want to like it. And I suppose I’ll have to like it, now that I know Marilyn herself was an on-set consultant. At least according to Ana she was. While she was in Venice for the film, Ana said that the ghost of Marilyn visited the set and made its existence known. Most of the time, Marilyn was just a reassuring presence but when the cast or crew got it wrong, she let them know by tearing sh*t off the walls.

Cuban-Spanish actress Ana de Armas teared up when discussing her lead role in Andrew Dominik’s Blonde today in Venice, saying she felt Marilyn Monroe was “very close” to the production during the 2019 shoot.

“All of us feel so much respect and responsibility to do good and to honour her,” said de Armas, speaking at the press conference before the Netflix film’s world premiere this evening. “Everyone knew that we were in her service – doing something bigger than us, more special than just a film about her.

“She was all I thought about, all I dreamed about, all I could talk about. She was with me.
“It was beautiful; she was happy, but she would also throw things off the walls sometimes and get mad when she didn’t like something,” said de Armas of Monroe’s character. “I truly believe she was very close to us, she was with us [during production]. Being in the same places that she was, filming in her house – it was a very strong sensation, there was something in the air. She was approving of what we were doing. I didn’t want to protect myself from that.”

de Armas shed tears when asked about what the role will do to her career. “I did this movie to push myself and because I thought it was a gift to myself; I didn’t do the movie to make other people change their opinion about me,” she responded. “Whatever happens, it’s the experience I take with me. This movie changed my life. It will be what it will be.”

As you know, we like to give ghosts their page space here at Celebitchy. And Ana isn’t the first one to claim they’ve had eerie encounters while filming. Lily Collins also claims she was visited by the ghosts of Ted Bundy’s victims while filming Extremely Wicked, Shockingly Evil and Vile (also a Netflix project – dun Dun DUN!). And apparently, they used as many actual locales as possible for Blonde, including the room in which Marilyn died. Director Andrew Dominik said of Marilyn, “her dust is everywhere in Los Angeles,” which is both profound and creepy. But I get his point and if they were in so many places steeped with Marilyn, that is where she would show up.

So was Marilyn on set with the Blonde folks? I don’t doubt Ana saw her in her dreams, for sure. I’ll bet she ate, drank and prayed Marilyn the whole time she was prepping for the role. That kind of dedication will bleed into sleep, certainly. But you can’t deny something throwing stuff around on set with other people around to witness it. And Ana was sitting on stage in Venice when she said this, it’s not like someone else isn’t going to question her if Ana was making stuff up. I like the idea of Marilyn responding this way, too. How many of these ‘I know the real MM’ movies has she had to watch be made? She’s done being polite, she’ll just trash your set if you muck about with the parts she wants told correctly. Marilyn was notoriously late for set as an actress, I wonder if her ghost was too? Like they had no problem filming until two hours in and then the spectral commentary kicked into high gear, and cameras went flying into the wings.

One thing we can deduce from Marilyn being on set is that she’s fine with the accent or she would’ve let it be known. The ghost has spoken… or rather didn’t. 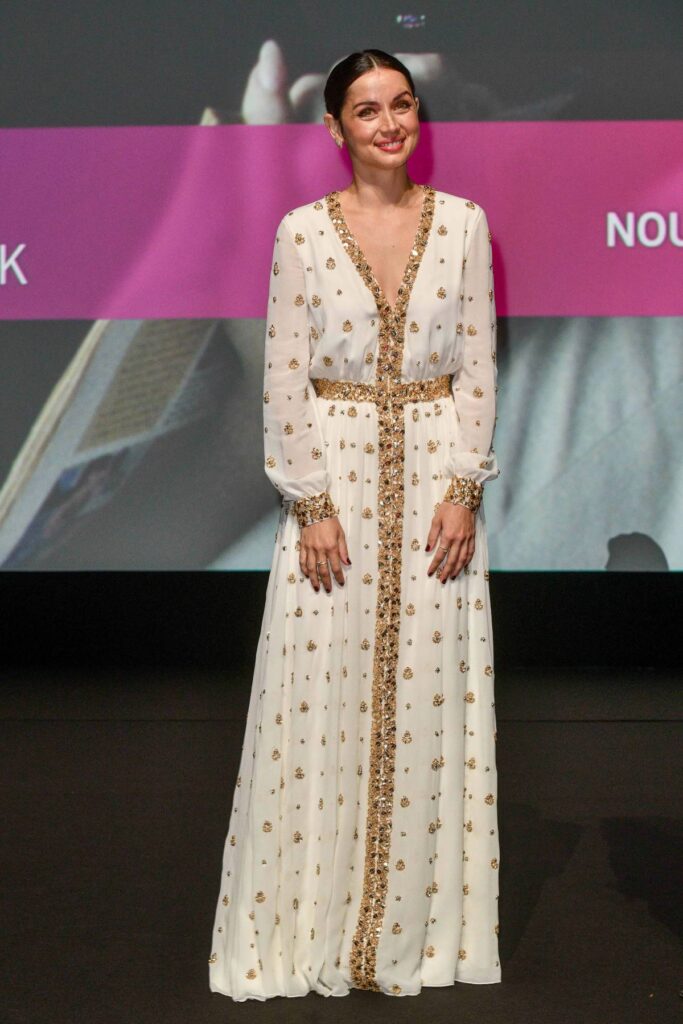 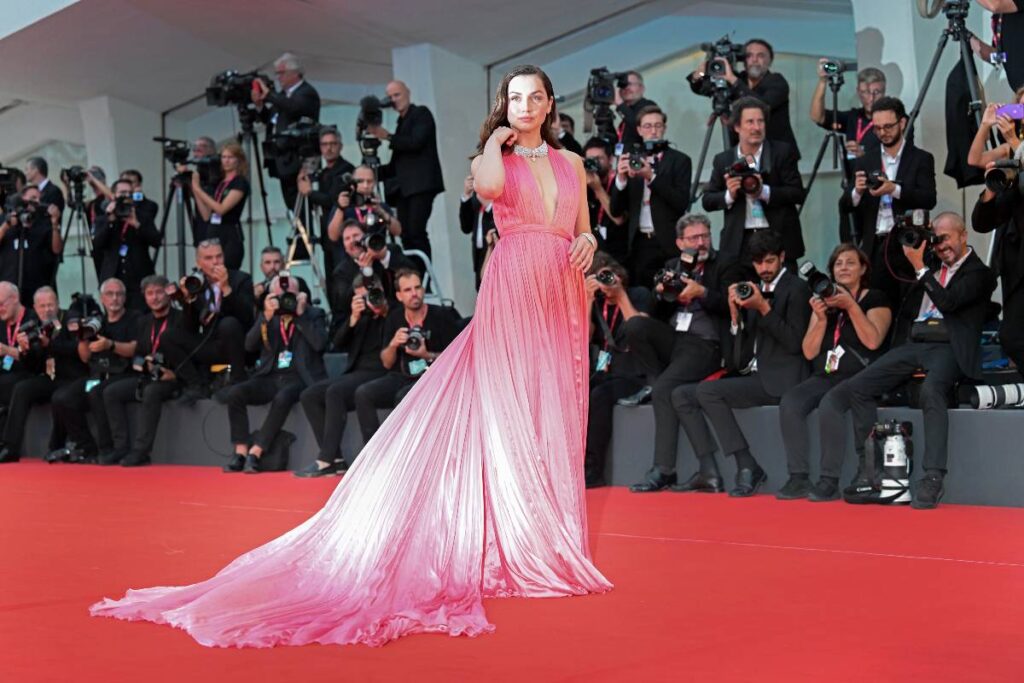 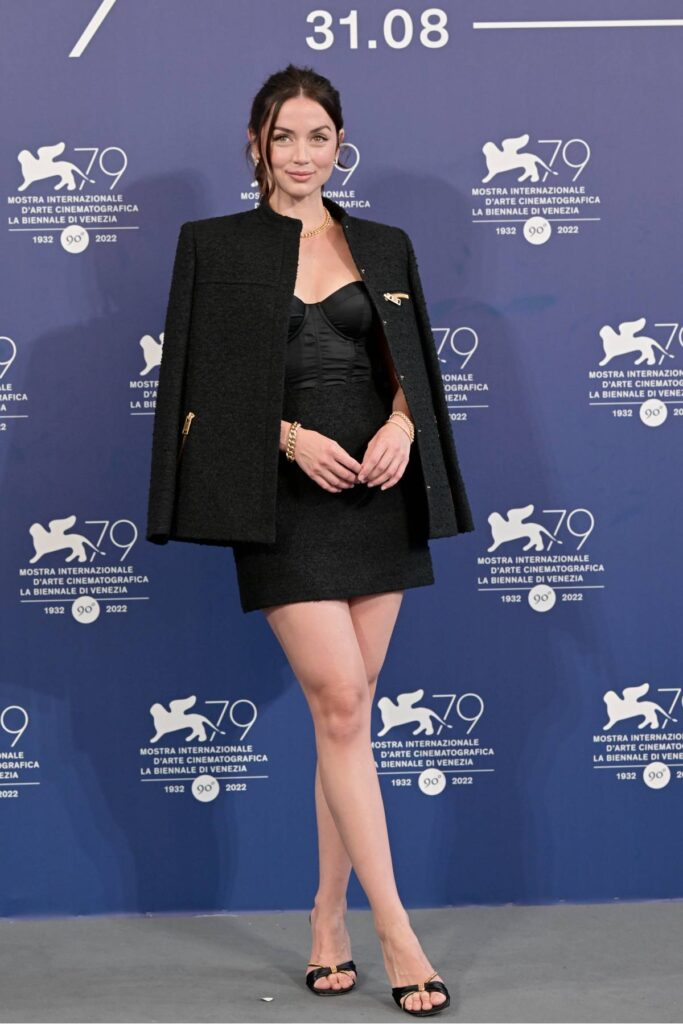