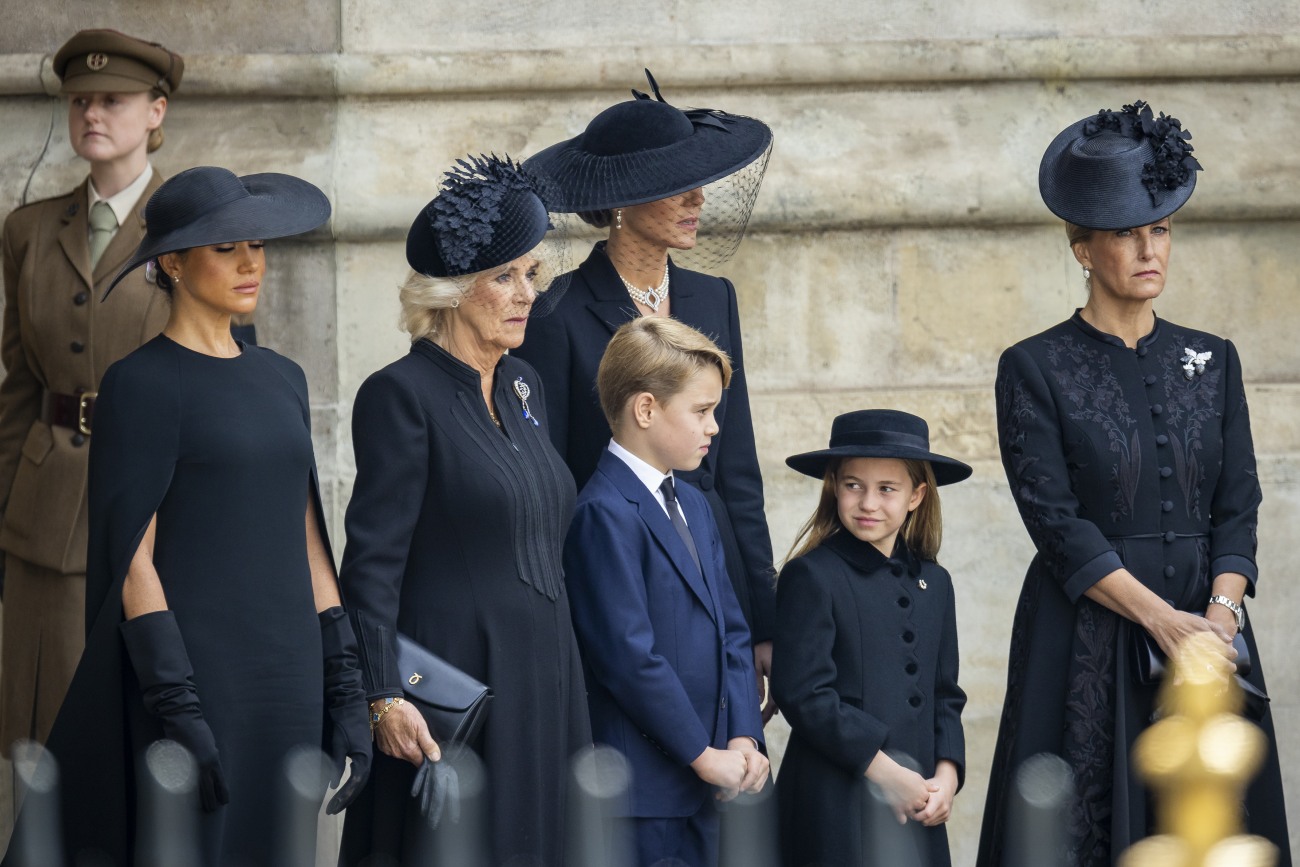 It was really something to watch Sophie, the Countess of Wessex, navigate her grief for Queen Elizabeth II whilst simultaneously using the mourning period to jockey for position within the new royal establishment. I have no doubt that Sophie grieves for QEII, who was something of a second mother to her. I also have no doubt that Sophie is publicly lobbying King Charles III to upgrade her title and give her more work to do as a “senior royal.” Here’s something I guess I didn’t expect though: Sophie would use the funeral as a PR exercise for how amazing she is. These people, I swear to God.

Sophie, Countess of Wessex is staying strong for her family. A guest who attended the state funeral of Queen Elizabeth at Westminster Abbey in London on Monday exclusively tells PEOPLE that the royal, 57, had remarkable resolve at the emotional service for her mother-in-law and has been a rock for her relatives as they mourn the Queen.

“The Countess of Wessex was incredible. I saw her putting her arm around three or four people,” lawyer Pranav Bhanot tells PEOPLE of what he saw. “It felt like she was really the glue keeping everyone quite strong today. She really seemed to be the person keeping the family together,” Bhanot explains. “There were a few bishops who started crying when they saw the Queen and she was kind of comforting them, even though she is the direct family member.”

The guest, 34, says that Sophie, who is married to the Queen’s youngest son Prince Edward, was warmly there for everyone around her, including Kate Middleton.

“She put her arm around Kate’s shoulders towards the end too. It was comforting,” Bhanot says, reflecting on what the move meant. “From where I was I got the sense that… sometimes you have that one strong person in a family who’s kind of keeping everyone together. To me, it seemed like Sophie was that person today,” he adds. “It was something that really stood out because it seemed that she really was very strong.”

Bhanot is an attorney in Essex, England, and provided free counsel during the worst of the coronavirus pandemic to people whose lives were seriously disrupted, The New York Times reported. He also helped deliver 1,200 meals to those in need and was named an MBE in the Queen’s most recent birthday honors for his acts of service to the community. From this connection, he was invited to her funeral.

Imagine checking for Sophie of all people? I mean, maybe this guy has no connection to Sophie and he was genuinely impressed by her stoic-yet-warm energy at the funeral. But it’s sus, right? These are the exact talking points that Sophie wants out there, that she’s the glue holding the Windsors together, that she has the right blend of cold duty and appropriate-sympathy for white people.

I also found it curious that Sophie was basically “assigned” to stay close to the Duchess of Sussex. Sophie and Meghan traveled to all of the big events together, they walked into the Abbey together, and yet Sophie made a point of not engaging with Meghan at all. 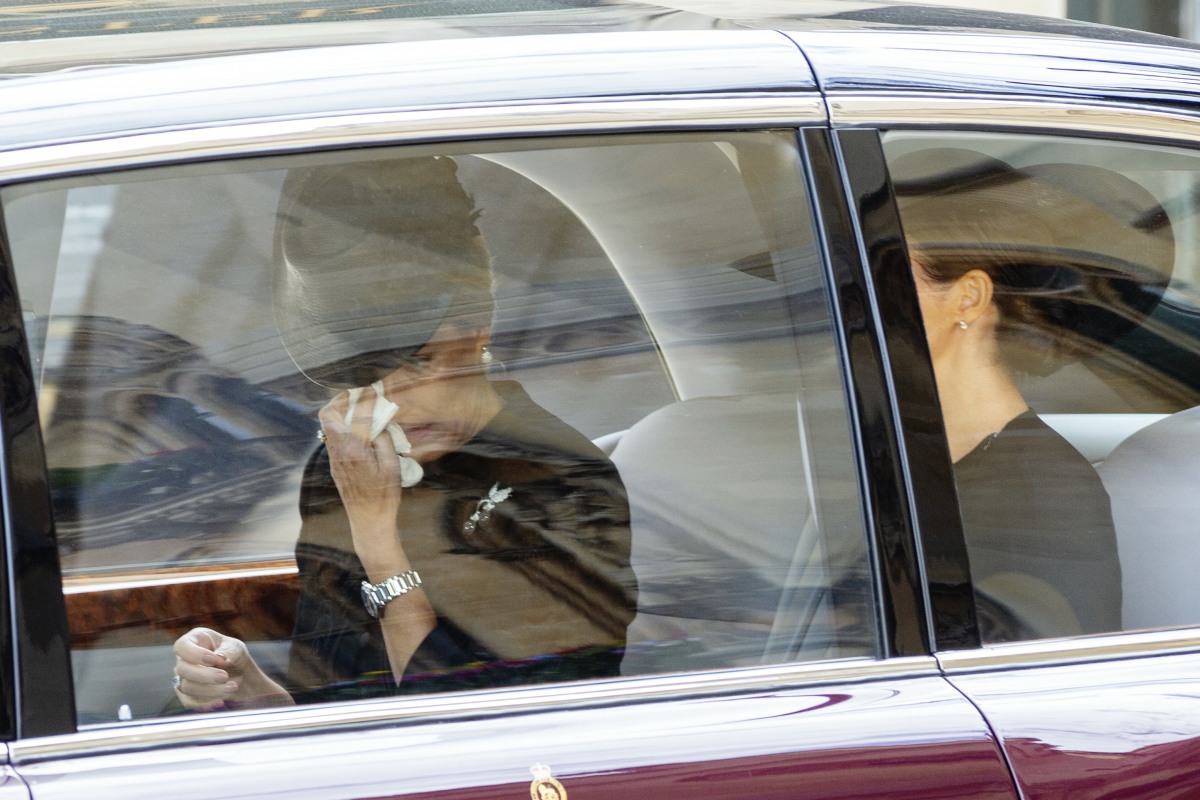 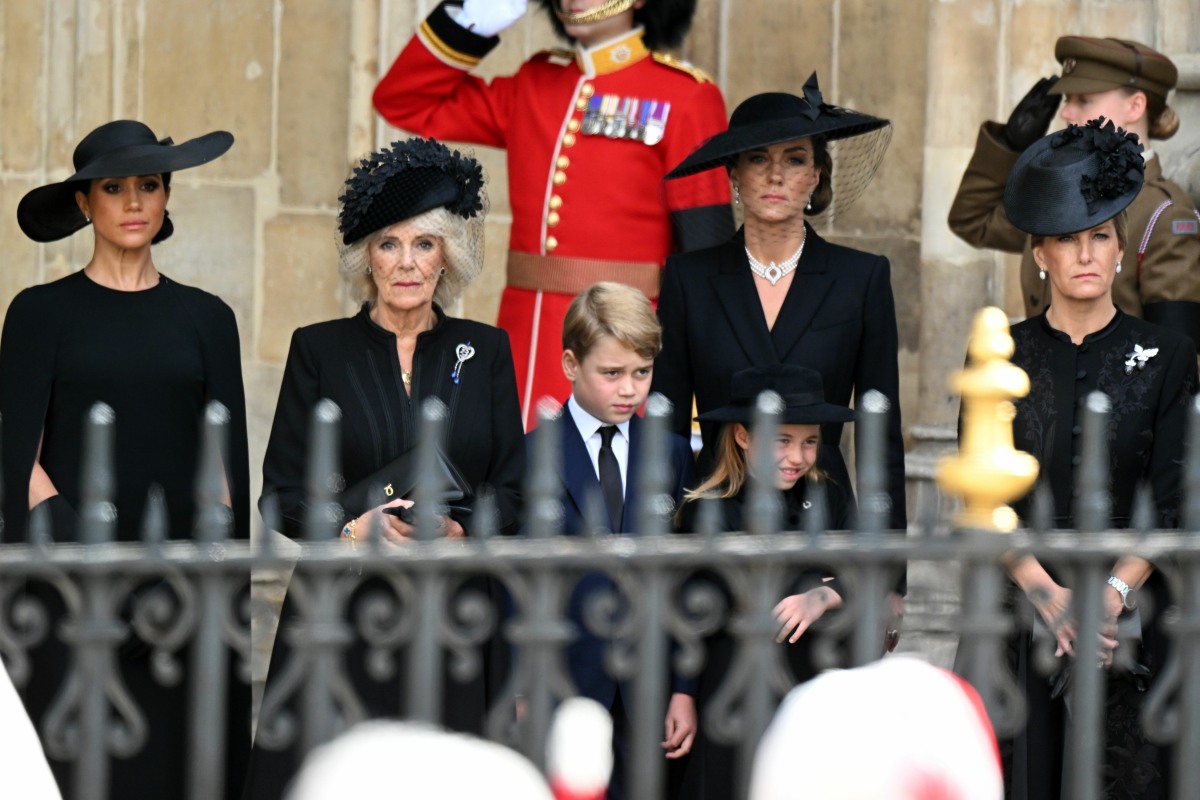 Sophie Countess of Wessex and Forfar wipes away a tear as she is driven away from the Queen’s funeral service this afternoon.,Image: 724177361, License: Rights-managed, Restrictions: -, Model Release: no, Credit line: Steve Bainbridge / Avalon