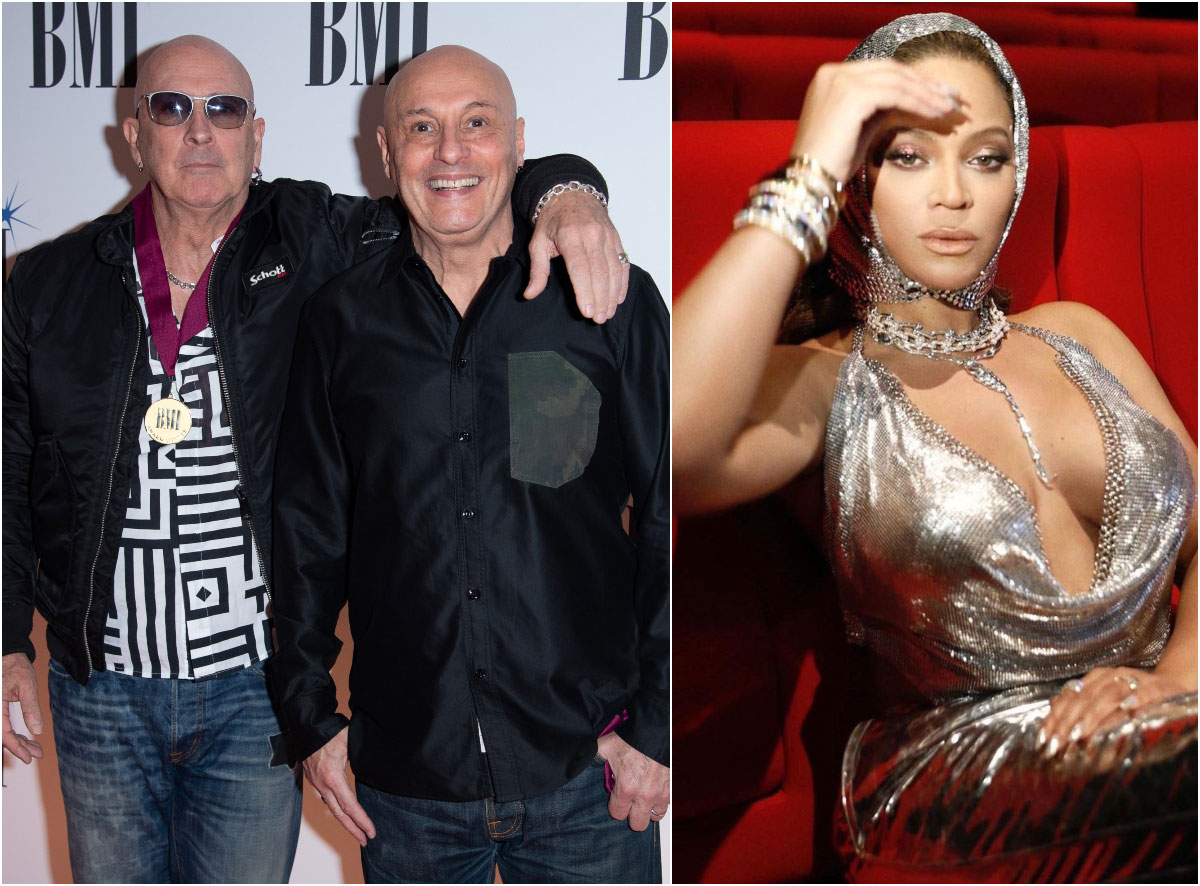 Another day, another person complaining about Renaissance. Gosh, this album has been mired in controversy, some deserved, some not. I do remember the song “I’m Too Sexy,” but did not remember that some guys called Right Said Fred were the artists on the song. Anyway, the pair is complaining that Bey never sought permission to use an interpolation of their song on “Alien Superstar,” but she actually did and even cites correspondence dates. #ReceiptsSeason.

Right Said Fred has officially stirred not just the Beyhive but the Bey. Beyoncé herself, who rarely comments on such matters publicly, has issued a statement vehemently taking issue with the duo’s reported claim that her camp never sought permission to use “I’m Too Sexy” as a part of her recent “Alien Superstar” track.

Right Said Fred’s allegations, as reported in the U.K. newspaper the Sun, are “erroneous and incredibly disparaging,” Beyoncé said in a statement issued to E! Entertainment News.

Right Said Fred has officially stirred not just the Beyhive but the Bey. Beyoncé herself, who rarely comments on such matters publicly, has issued a statement vehemently taking issue with the duo’s reported claim that her camp never sought permission to use “I’m Too Sexy” as a part of her recent “Alien Superstar” track.

Right Said Fred’s allegations, as reported in the U.K. newspaper the Sun, are “erroneous and incredibly disparaging,” Beyoncé said in a statement issued to E! Entertainment News.

Beyoncé pointed out that her track technically does not actually sample theirs, as the duo was quoted as contending, but is an interpolation in which “I’m Too Sexy” is essentially paraphrased through a re-recording of the elements used. Thus, she says, permission only needed to be sought from the songwriting publisher, not the holders of the original “Sexy” recording — and it was asked for and granted.

“Permission was not only granted for its use, but they publicly spoke of their gratitude for being on the album,” Beyoncé said in the statement she issued Friday to E!. “For their song, there was no sound recording use, only the composition was utilized. Permission was asked of their publisher on May 11, 2022 and the publisher approved the use on June 15, 2022. They were paid for the usage in August, 2022.”

Furthermore, she added, Fred and Richard Fairbrass, the brothers who make up Right Said Fred, properly received co-writer credit as well as being paid for the use of their song.

Yet the duo claimed the use of their composition came as complete news to them when the “Renaissance” album came out in July, suggesting that, if Beyonce’s very specific account of how things went down is accurate, the brothers may want to set up better lines of communication with their publisher. (A lapse in such communications would not be the first time this has happened — other artists have also claimed to have been surprised to learn their publisher signed off on some form of licensing.)

Right Said Fred blamed Beyoncé for not knowing about the usage, however. “Normally the artist approaches us, but Beyoncé didn’t because she is such an arrogant person,” they were quoted as saying in the Sun four days ago. “She just had probably thought, ‘Come and get me,’ so we heard about it after the fact when you did. But everyone else, Drake and Taylor Swift [who also interpolated the song into their work], they came to us.”

While the duo didn’t exactly deny that they had been given co-writer credit, they said money coming in would be negligible considering the huge number of credited writers splitting the pie with Beyonce. “To use our melody, they need our permission so they send us the demo and we approve it and if so, we get a co-write credit,” they told the Sun. “With this Beyoncé thing, there are 22 writers. It’s ridiculous, so we would get about 40 [pounds].”

Yet Beyoncé refutes that in her statement to E!., claiming that Right Said Fred is set to get a substantial portion of the song’s royalties, collectively more than even she is getting.

Beyonce’s statement says exactly when permission was asked, when it was granted, and when Right Said Fred was paid. Maybe their publisher did this without their knowledge, but she also says the duo said they were happy to be on the album. Honestly, it sounds like these dudes are salty because they didn’t get to speak to Beyonce themselves. “Normally the artist approaches us… Drake and Taylor Swift did…” Yeah, it sounds like these guys know that their 15 minutes have been up for a long time and the only thrills they get these days are when bigger, more popular artists come to kiss the ring and get permission for their silly, catchy song. They also shade her for the many co-writer credits and complain they’re not getting enough money, but she says they’re collectively getting more than she’s getting. People love to shade Beyonce for the many co-writers thing, but this is why she does it! People love to pop out of the woodwork and talk about their contributions to her work, so she might as well credit them.