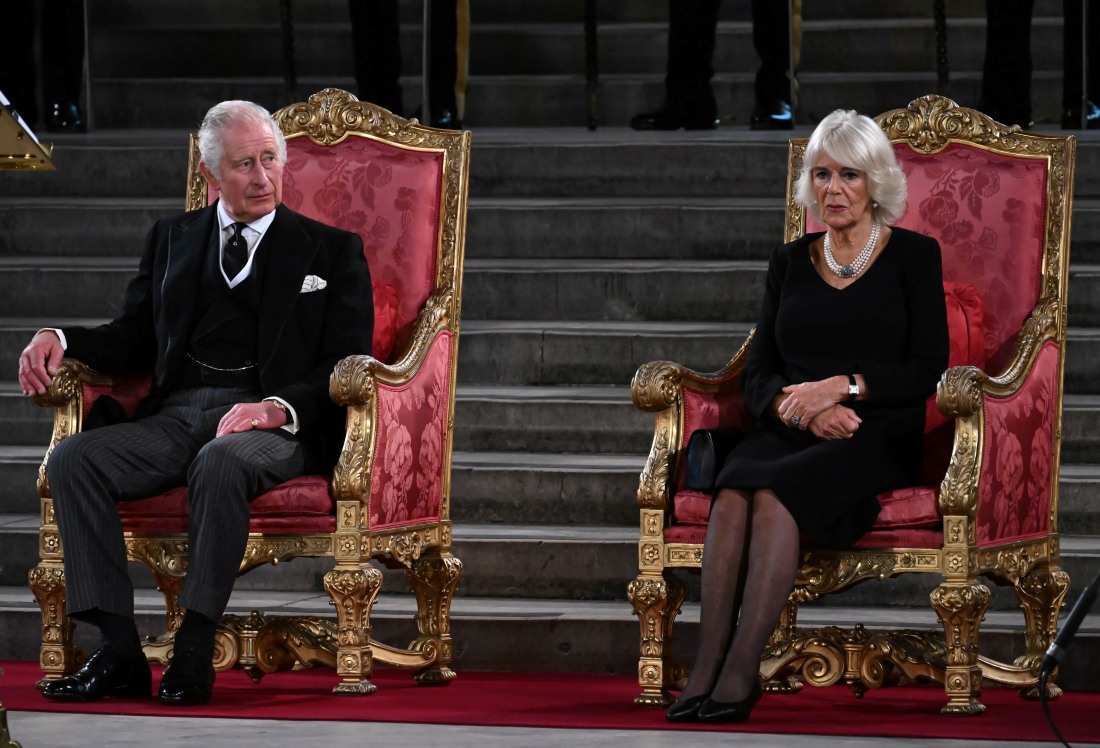 The Crown Season 5 is almost here! Next week, we’ll start the binge-watch, and we can expect wall-to-wall hissy fits from Buckingham Palace. King Charles has telegraphed the idea that he and his allies will “fact check” the series and whine about it a lot, as they already have done for months. The fact-checking should get hilarious when it comes to The Crown dramatizing the infamous “tampon phone call” though, because that really happened. In 1989/93, a tabloid got their hands on a recording of a phone call where Charles and Camilla were speaking like lovers, and Charles suggests that he’d like to live in her trousers, then says no, he’d prefer to live as her tampon. Dominic West – who plays Charles – confirmed to Entertainment Weekly that they filmed the tampon phone call. Now sources insist that the dramatization of the call is “sympathetic” towards Charles and Camilla.

The Crown is planning to depict the notorious ‘tampongate’ phone call between Charles and Camilla ‘sympathetically as two young lovers’ in next month’s series. However Netflix bosses have been blasted for the ‘crass’ and ‘bad taste’ decision to portray the infamous 1989 conversation that sparked a royal scandal.

The call between then-Prince Charles and Camilla, which has been widely referred to as ‘tampongate’, was taped by an amateur radio enthusiast who claimed to have stumbled across the pair’s conversation while moving between audio channels.

During the call, the then prince referred to being reincarnated as the tampon brand tampax, and told Camilla that he wanted to ‘live inside’ her. The audio recording along with a transcript of the six-minute call was sold to a tabloid and published. It was circulated again in 1993 by The People, following the separation of Prince Charles and Diana.

The scene will be delivered ‘sympathetically’ in a bid to show affection between Charles and Camilla, The Telegraph reported. It will also attempt to create viewer sympathy at the intrusion into their lives at the time, the paper reports.

However its inclusion in next month’s series has been called ‘crass’ and ‘in bad taste’ by two of the paper’s sources.

Dominic West, who depicts Prince Charles in the upcoming series, said that he has changed his mind about the conversation, having previously felt that it was ‘sordid and deeply, deeply embarrassing…Looking back on it, and having to play it, what you’re conscious of is that the blame was not with these two people, two lovers, who were having a private conversation. What’s really [clear now] is how invasive and disgusting was the press’s attention to it, that they printed it out verbatim and you could call a number and listen to the actual tape. I think it made me extremely sympathetic towards the two of them and what they’d gone through.’

“Two young lovers” – Camilla would have been 42 years old when the call was made? Charles would have been 40 or 41. I mean, sure, they were not “old,” but they were both married to other people and they had young children at the time! Why must we rewrite their sordid history? They were middle-aged and cheating on their spouses. THAT is what is crass and in bad taste, not the dramatization of the call. Anyway, my pet theory is that outlets like the Mail, the Telegraph and the Sun absolutely love all of these storylines and controversies from The Crown. They wrote the narratives at the time, now they get to rewrite the narratives AND have a whack at the new king. 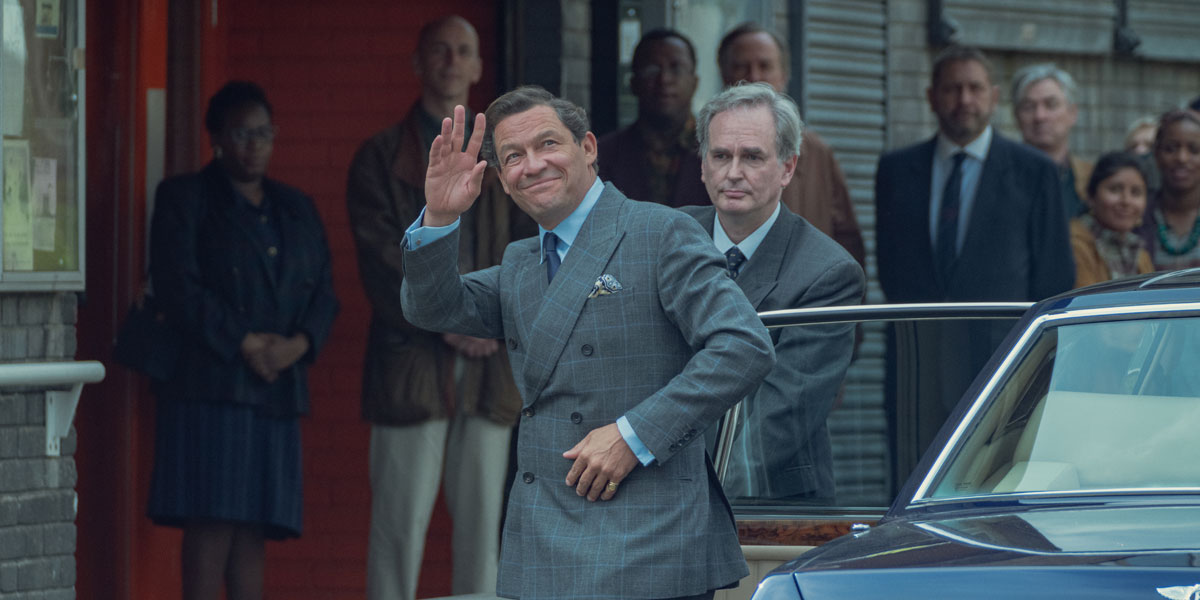 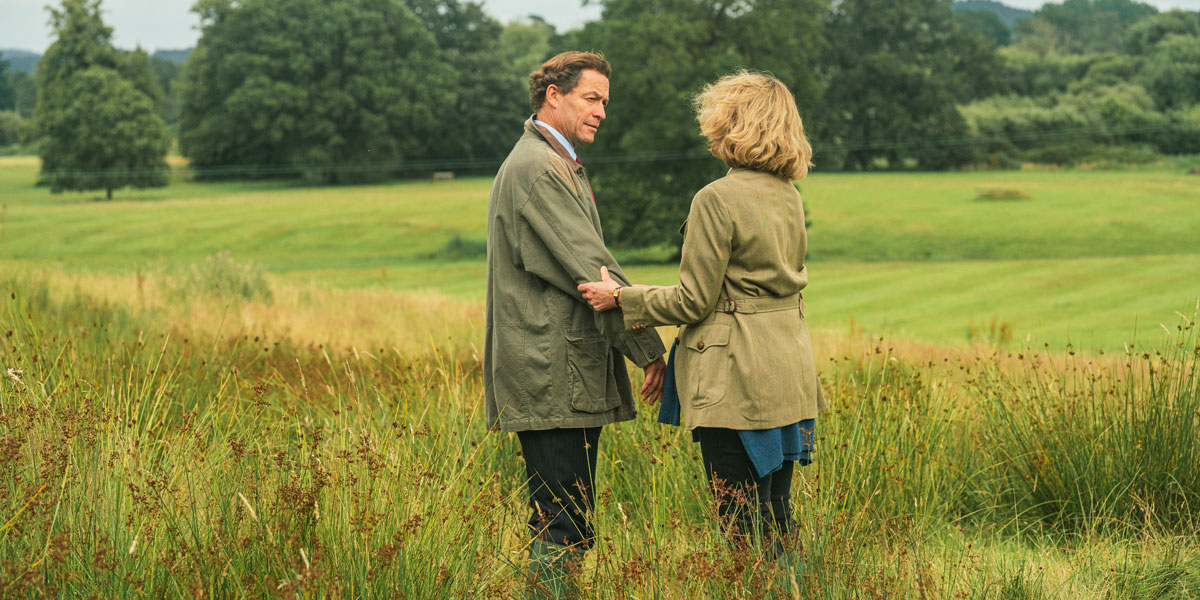 Britain’s King Charles III and Britain’s Camilla, Queen Consort listen as The Speaker of The Commons Lindsay Hoyle (unseen) speaks during the presentation of Addresses by both Houses of Parliament in Westminster Hall, inside the Palace of Westminster, central London on September 12, 2022, following the death of Queen Elizabeth II on September 8.,Image: 721936899, License: Rights-managed, Restrictions: , Model Release: no, Credit line: BEN STANSALL / Avalon 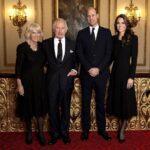