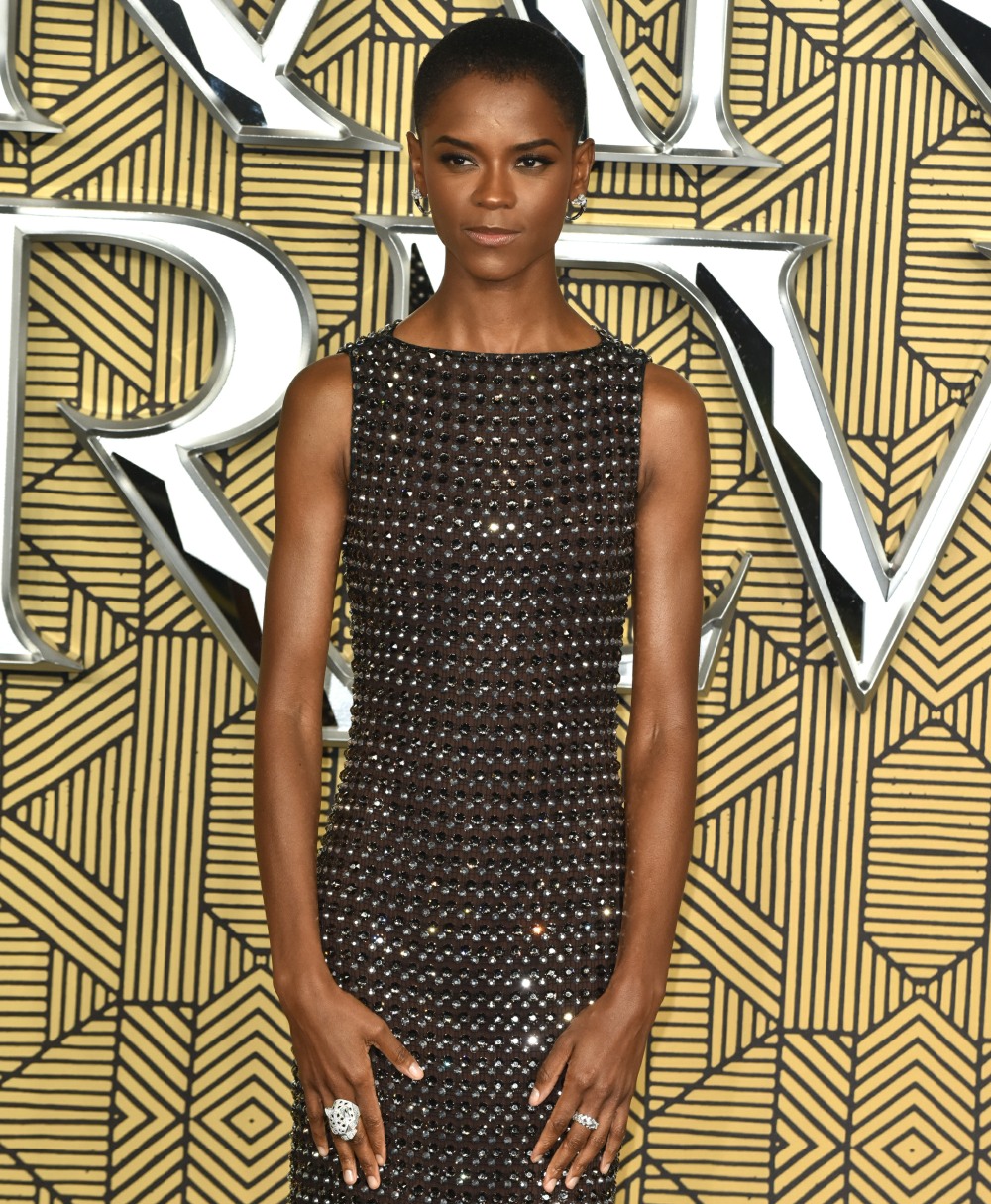 In December 2020, Letitia Wright came close to talking herself out of a job. She started talking about a lot of anti-vaxx nonsense and she got so much sh-t for it, she ended up deleting her social media accounts. Then in 2021, we heard rumors that Wright had also espoused anti-vaxx views on the set of Black Panther: Wakanda Forever. There were also rumors she refused to get vaccinated to work in America, but she eventually did finish WF, clearly. Over the past month, Wright managed to get through the Wakanda Forever promotion without saying much of anything about vaccines and everyone just kind of ignored the stories from 2020 and 2021.

Enter Scott Feinberg at the Hollywood Reporter, who wrote a commentary piece this week called “How Personal Baggage Will Impact Oscar Chances.” Let me tell you, that headline does NOT prepare you for the celebrities Feinberg identifies as carrying “personal baggage.”

Fairly or not, three of awards season’s acting contenders might be judged on more than just their performances.

On March 27, Will Smith slapped Chris Rock at the Oscars, refused to leave the ceremony, accepted the award for best actor and then went out partying, sparking a tremendous uproar that led Smith to resign from the Academy and the organization’s board to ban him from its events for a decade (he remains eligible for Oscar recognition). Smith has since apologized to Rock multiple times, and Apple decided to move up from 2023 to December 2022 the release of a movie Smith produced and stars in, Emancipation, clearly hoping for awards recognition.

Brad Pitt was accused by ex-wife Angelina Jolie, in legal papers filed Oct. 4 in Los Angeles County Superior Court, of physically assaulting her and two of their children in 2016, when they were still married, on a private flight from France to California. That prompted the FBI to look into the allegations (Jolie says the agency “concluded that the government had probable cause to charge Pitt with a federal crime,” though the U.S. Attorney’s Office declined to) and Jolie to file for divorce. Pitt’s latest movie, Babylon, in which he plays a key supporting role, will be released Dec. 23 by Paramount.

Then there’s Letitia Wright, the lead actress in Black Panther: Wakanda Forever, which Disney released Nov. 11. While hers is far from the magnitude of baggage held by Smith or Pitt, she did endure a fair share of bad publicity when she retweeted an anti-vax conspiracy video in December 2020 and then reportedly promoted anti-vax views on the set of the film. (She denies the latter.) Backlash became so strong that some fans on social media called for the role to be recast.

Long before this trio’s travails, other Oscar hopefuls brought personal baggage with them on the awards campaign trail, too. Filmmakers Roman Polanski and Woody Allen were accused of sexual impropriety — Polanski pleaded guilty to the statutory rape of a 13-year-old and then fled the country while awaiting sentencing in 1978; Allen was accused of child molestation by his adopted daughter in 1992 but was never prosecuted — and both subsequently won Oscars, the former best director for The Pianist in 2003 and the latter best original screenplay for Midnight in Paris in 2012. More recently, Mel Gibson, who went on an antisemitic rant during a 2006 DUI arrest and was accused by his partner of domestic abuse in 2010 (ultimately pleading no contest to a misdemeanor battery charge), was nominated for directing Hacksaw Ridge in 2017.

This is one of the most disgusting things I’ve ever read. While I thought Letitia’s anti-vaxx sh-t was stupid, putting her in the same “celebrities with personal baggage” category with Brad Pitt (a credibly accused domestic abuser and child abuser), Roman Polanski (a child rapist), Woody Allen (a credibly accused child molester) and Mel Gibson (a domestic abuser and antisemite) is completely vile. And no, Pitt, Gibson, Polanski and Allen don’t have “personal baggage,” they are either credibly accused abusers or established, convicted abusers and rapists. I’m mad that Will Smith slapping Chris Rock is on this f–king list too, although yes, it was violent.

Letitia responded to THR, writing in part: “You’re all incredibly disrespectful. How dare you… This is vile behavior. At this point a personal vendetta towards me. I’ve done nothing wrong but respectfully refused to do interviews with this publication. Stop your nonsense.” She also wrote: “I apologised TWO years ago. Remained silent on the topic. You lied and said I continued talking about it with my cast & crew on my set. THIS WAS NOT TRUE. ASK MY PRODUCER AND DIRECTOR. The film was successful. Your agenda towards me is now even more clear. I won’t remain silent. Stop your disgusting behavior.” I completely agree. This THR piece was disgusting.

Letitia Wright slams The Hollywood Reporter after they grouped her in an article with names like Brad Pitt, Woody Allen and Casey Affleck.

“You mentioned my name alongside men who have been accused of abuse & sexual misconduct. This is vile behavior.” pic.twitter.com/A4twNAqaYZ 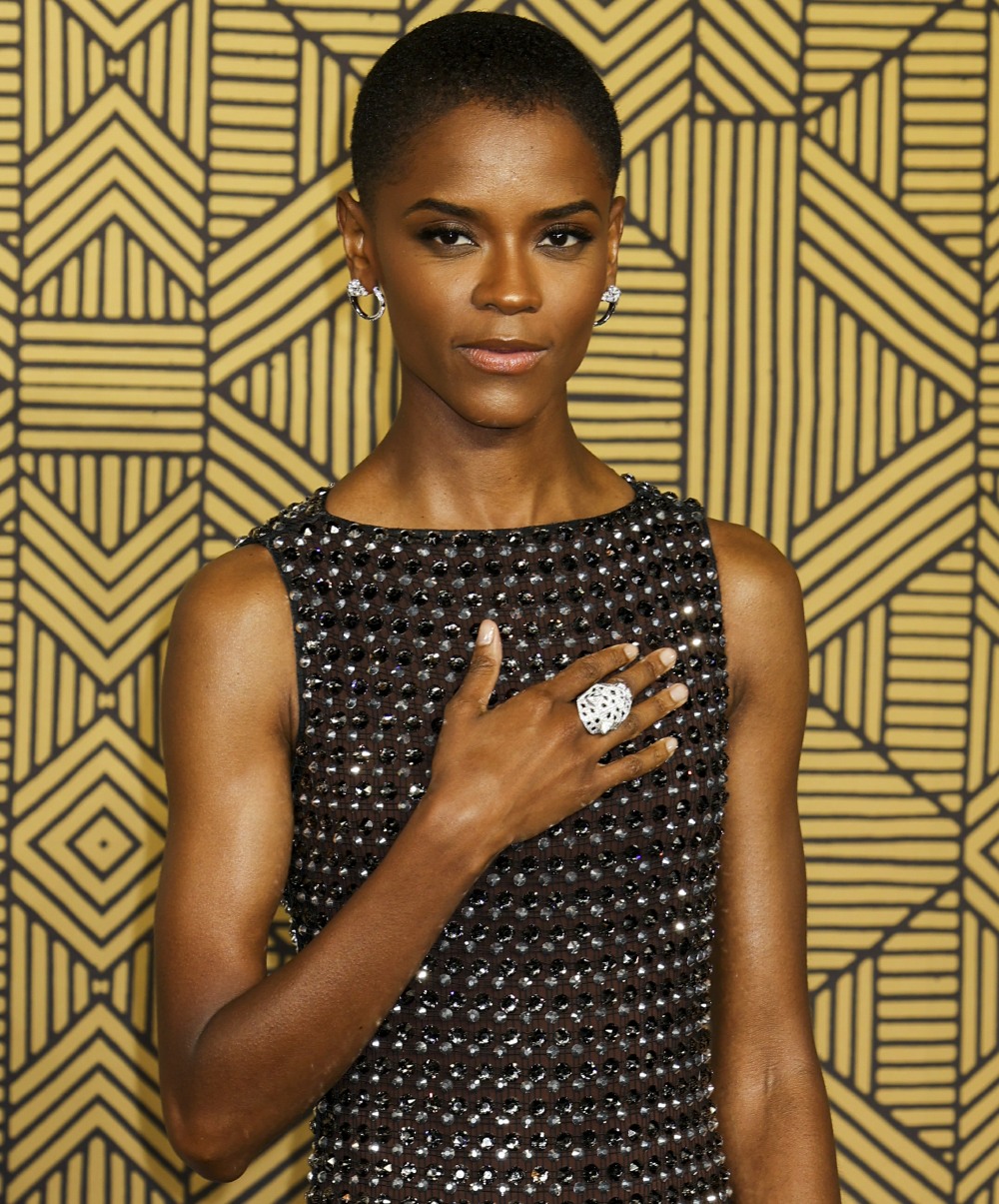