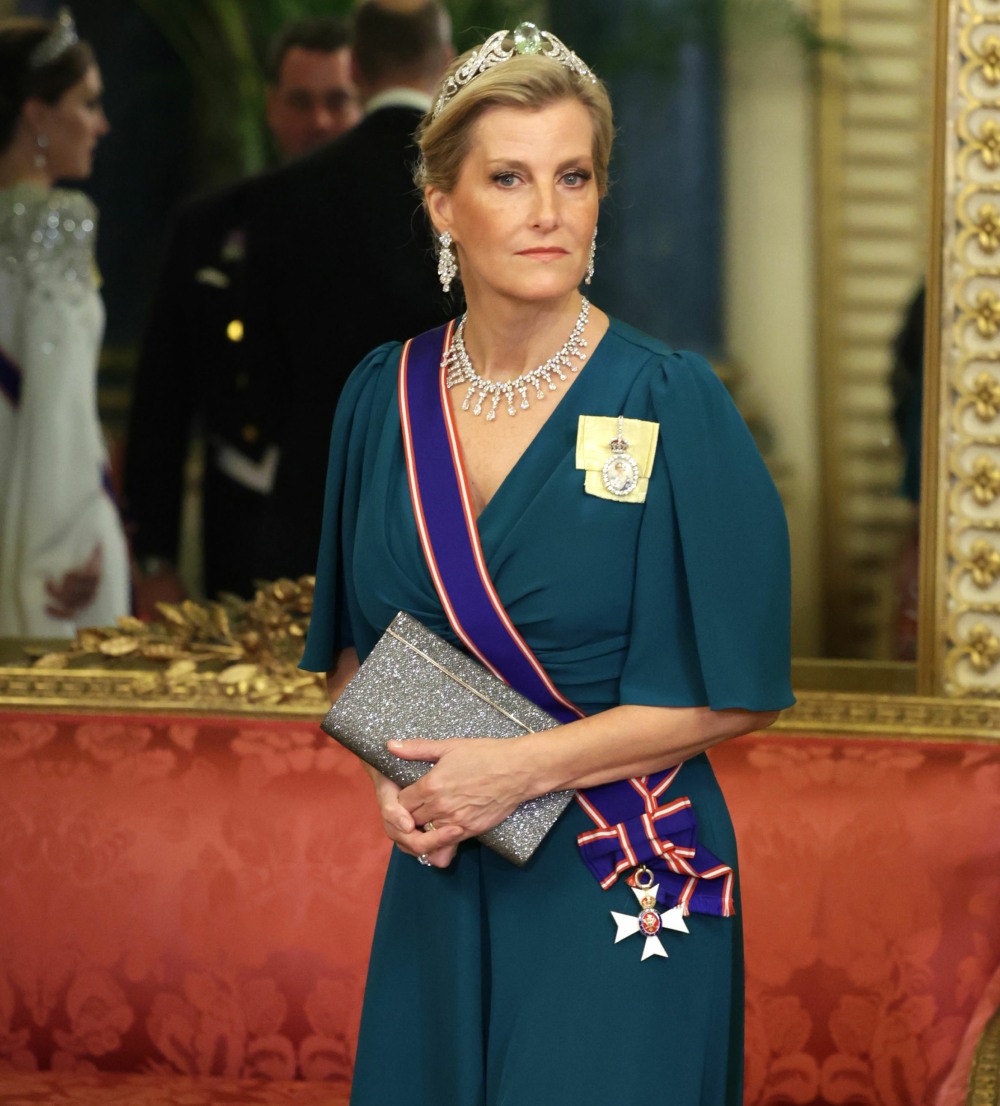 Here are more photos of the Countess of Wessex at the state banquet for the South African president last week, as well as some recent Remembrance pics. Sophie has been around in recent weeks, and she and her husband have been invited to some of the biggest royal events of the year. Sophie is also still allowed to borrow royal collection jewelry – for the state banquet, she wore the specially-made aquamarine tiara, which was made for her circa 2005. She also borrowed the Pear-Shaped Diamond Demi-Parure earrings and the Modern Fringe necklace.

So, clearly, Sophie in particular is still in the royal fold to a certain degree. She’s still invited to royal events, she’s still borrowing big pieces of jewelry, she’s still given royal tasks. But she’s not going to get a title promotion. King Charles has made it perfectly clear that he’s not going to give Sophie and Edward the Edinburgh titles, which they were promised when they got married. QEII and Prince Philip BOTH wanted the Edinburgh titles to go to Edward and Sophie, and Charles simply refuses. So here we are. Here we are with the Mail running stories about how Instagram commenters “demand” Sophie become a duchess.

Royal fans have praised Sophie Wessex after she spent time with sick children on a visit to London Zoo this week. The stylish royal, 57, braved the cold weather to open the new Monkey Valley exhibit and pose with its inhabitants ring-tail lemurs. She was joined by children who receive support from the Kaleidoscope Palliative Care and Community Children’s Nursing Teams as she exploted the enclosure – and her natural affinity with the children led royal fans to brand her their ‘new favourite royal’.

After the Royal Family’s official Instagram account posted a photo of the Countess looking at the lemurs with a little girl, fans left comments hailing her as a ‘wonderful member of the royal family’ and added they wanted to see her made Duchess of Edinburgh.

One person said: ‘Love her! Deserves to be Duchess of Edinburgh.’

Another said: ‘This woman deserves the coronet of duchess! She and her husband have been a strong support to the crown and should receive the title promised to them by the late Prince Philip and Queen Elizabeth!’

Prince Philip, who held the title Duke of Edinburgh until his death in April 2021, is understood to have wished for his youngest son Prince Edward to inherit the title when he passed away. As Prince Edward’s wife, this would make Sophie Wessex the Duchess of Edinburgh.

Yeah, the Mail is doing this on purpose. Granted, they love turning “social media comments” into royal stories, but the issue around the Edinburgh title has genuinely upset some royal establishment figures and royal reporters. They really feel like the Wessexes should be upgraded. After all, Queen Elizabeth and Philip literally put it in writing!!! They said publicly that they wanted the DoE titles to go to Sophie and Edward. Charles isn’t respecting his parents’ wishes and it’s ruffled some feathers in the media and beyond. I’m very curious to see how this plays out long-term. 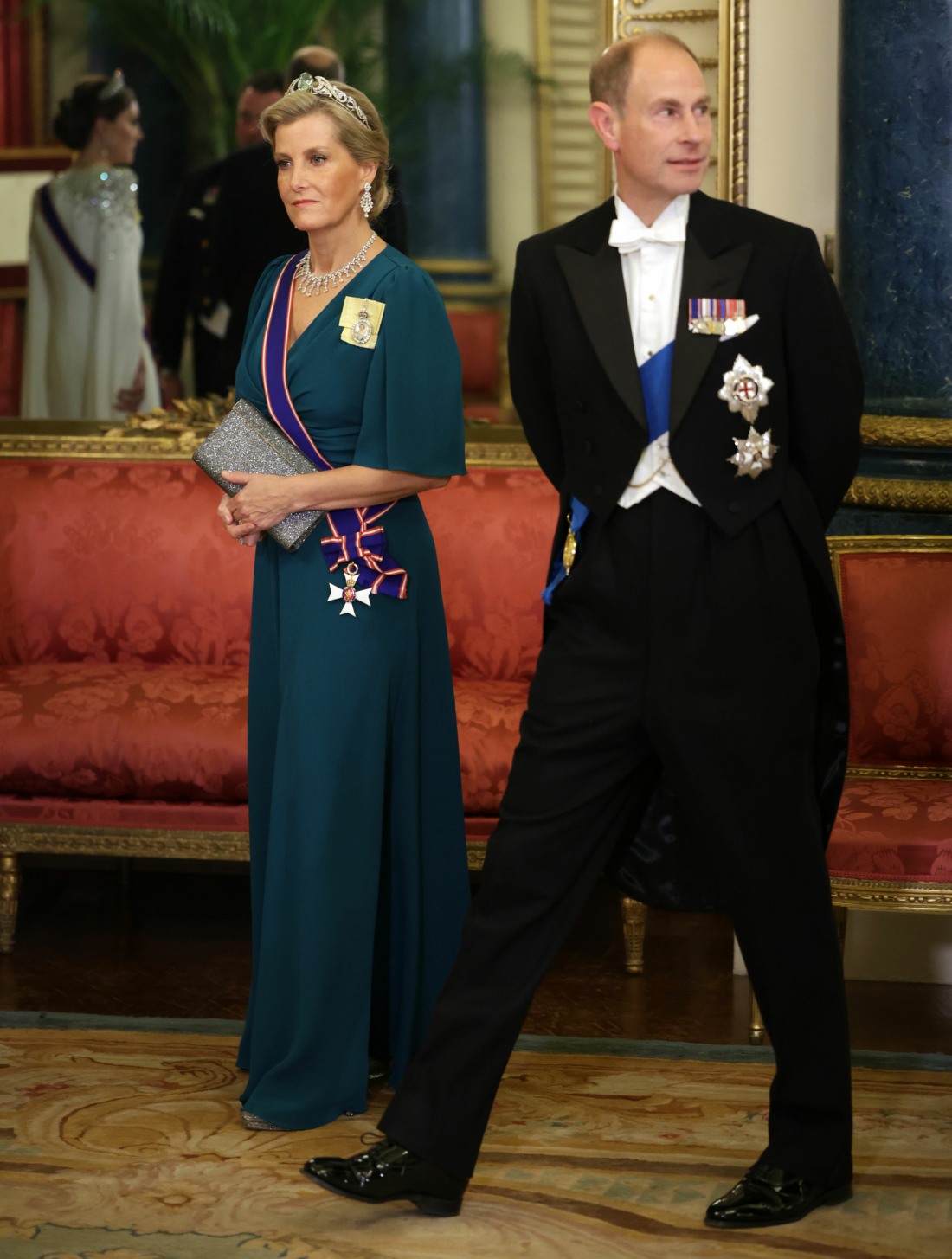 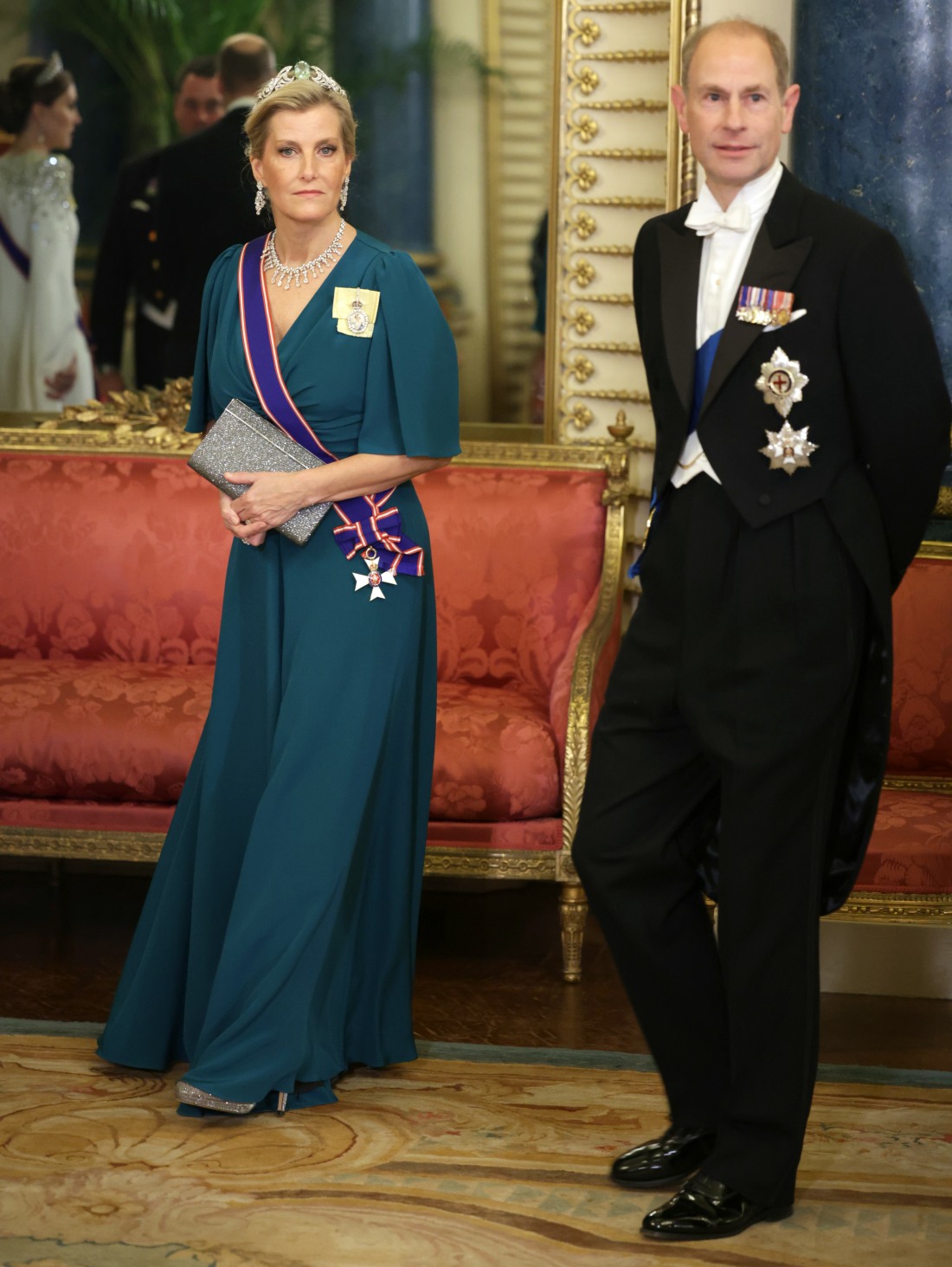