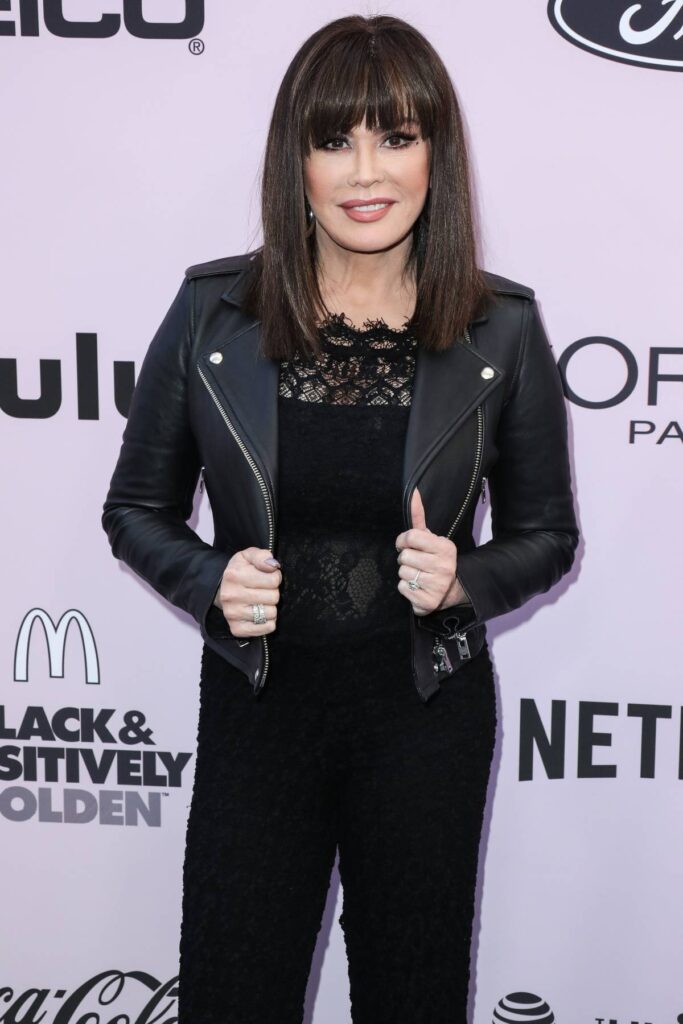 Marie Osmond works hard. She’s a singer, of course, but she also has a solid career as a spokesperson, like her Nutrisystem gig. In addition, she designed a doll line that took off on QVC and now they’re sold everywhere. The dolls led to some crafting and embroidery endeavors and Marie’s also written three books. All of that puts Marie’s net worth around $20M. That’s a nice little nest egg. And helpful because Marie has a sizeable family, with seven grown children and eight grandchildren. But Marie is reminding everyone that that’s her money, because she doesn’t believe in giving children an inheritance. She feels if you hand money over to kids, it breeds, “laziness and entitlement.” So no doll money for you, kids. Sorry.

Sticking to her guns. Marie Osmond is a proud mother (and grandmother) of eight, but she remains firm in her plans not to leave her children an inheritance.

“Honestly, why would you enable your child to not try to be something? I don’t know anybody who becomes anything if they’re just handed money,” Osmond, 63, exclusively told Us Weekly on Tuesday, January 10, while promoting her Nutrisystem partnership. “To me, the greatest gift you can give your child is a passion to search out who they are inside and to work. I mean, I’ve done so many things from designing dolls [and much more]. I love trying [and] I wanna try everything. I’m a finisher.”

She continued: “That’s one of my rules with my kids. If you start it, you finish it, you don’t ever have to do it again, but you gotta finish. And, I just think all [an inheritance] does is breed laziness and entitlement. I worked hard and I’m gonna spend it all and have fun with my husband [Steve Craig, whom I remarried in 2011].”

Marie brought this up in 2020. Her stance then, as it is now, is that if offspring know they have money coming to them, they won’t work, they’ll just wait for the money to come in. I know people who come from lesser fortunes, but they’re still going to get some cash when their folks go. It’s a mixed bag, some flit through life because they know they can lean on mom and dad for a handout. Others do work hard and don’t expect anything from their parents. But that’s behavior their parents are reinforcing now, not the future promise of cutting them off. I find the issue with inheritance is people who cling to bad relationships because of the money. Some parents are poisonous, but the kid sticks around because of that money teat. The ones who were fine being cut out of the will and walked away end up possibly poorer, but healthier. Marie’s made it known she’s leaving her money to charity, which is always a good choice, depending on the charity. And as far as I know, Marie is still a member of the Church of Latter-Day Saints. So they’re happy come tithing.

It seems to be popular to discuss not giving your kids money now. People from Gordon Ramsey to Ashton Kutcher and plenty in between have all gone on record that they will not leave their children any inheritance. I’m not sure why they feel the need to share this. If they are hoping to avoid the nepotism argument, they’ll have to change the kids name, too. I also wonder if they really don’t leave the kids anything or do they say that as incentive and then include them in the will after all? People with money have different perceptions of ‘nothing.’ Marie was talking about her kids earning everything for themselves, but then she admitted to helping them out when they needed it. The example she gave was buying a car, that she made them chip in half and she paid the other half. That’s fine, by the way, I have no opinions on buying kids cars. But giving them half the money is not making them earn it themselves, is it? It’s giving them half. Basically what I’m saying is, I wish I had that much money to worry about who I should give/leave it to.