The boogeyman is back — but so is Laurie Strode. 👊🏽 In the new #HalloweenMovie, #JamieLeeCurtis is back playing the slasher genre’s most celebrated heroine, who is haunted by #MichaelMyers and obsessed with the possibility of his return. Click the link in our bio to see more exclusive photos from our cover shoot. 📷: @aspictures for EW

The lovely Jamie Lee Curtis is on the cover of this week’s issue of Entertainment Weekly, dressed as her iconic character from the upcoming Halloween reboot. In the new film, Michael Myers escapes and returns to Haddonfield, Illinois for more mayhem. Two true crime podcasters arrive in town to look back at the crimes forty years later for their series. And, of course, Laurie Strode, her daughter (Judy Greer!) and granddaughter are there – and Laurie’s ready to exact her revenge.

The 59-year-old actress spoke with EW during her cover shoot. She acknowledged, “I knew I’d be galvanized, I knew I’d be tired. I knew I would work hard. I did not know that it would move me so deeply.” She added that she never thought “in a million years” she’d be talking about Laurie Strode and added, “what I didn’t realize was that it was going to be a deeply emotional experience for me.”

How emotional? Jamie recalled, “When I first walked on to the set as Laurie, in her wardrobe, needless to say I started crying day I arrived and I didn’t stop crying until the day I left.” Jamie praised the efforts of David and Danny, saying that their decision to forget about all of the other Halloween remakes and sequels, “just made sense to me.” She added, “It made it free and clear of having to explain the past.”

She also said she felt that 2018 Laurie embodied “an honest interpretation of PTSD,” explaining that, “I wanted to be human and show the human side of what happens to somebody – and that was my job to bring that.”

So far, the movie has received generally positive reviews and currently has an 85% “fresh” rating on Rotten Tomatoes. Vanity Fair says the new movie “delivers a surprisingly poignant tale of inherited female trauma that both sheds new light on the sexual politics of the first film and pays nimble homage to the October night that started it all.”

I am so excited to see this new Halloween and I’m loving Jamie Lee’s enthusiasm about the project. The EW photos are also incredible. Is it October 19 yet?

Scream queen @jamieleecurtis is back to take on the boogeyman once again in @halloweenmovie. 😱 Get the inside story on the sequel 40 years in the making: https://t.co/DfPgKzJxWv #HalloweenMovie pic.twitter.com/sO5Q5zX1Gq

"I would never have thought, ever, in a million years that I would ultimately be sitting here talking about Laurie Strode again," @curtisleejamie tells us in this week's cover story about #HalloweenMovie. "And what I didn’t realize was that it was going to be a deeply emotional experience for me." ❤️ When asked what advice she would give Strode, Curtis said: "Everything is going to be okay." Click the link in our bio to see more exclusive photos from our cover shoot. 📷: @aspictures for EW

A post shared by Entertainment Weekly (@entertainmentweekly) on Sep 27, 2018 at 9:01am PDT 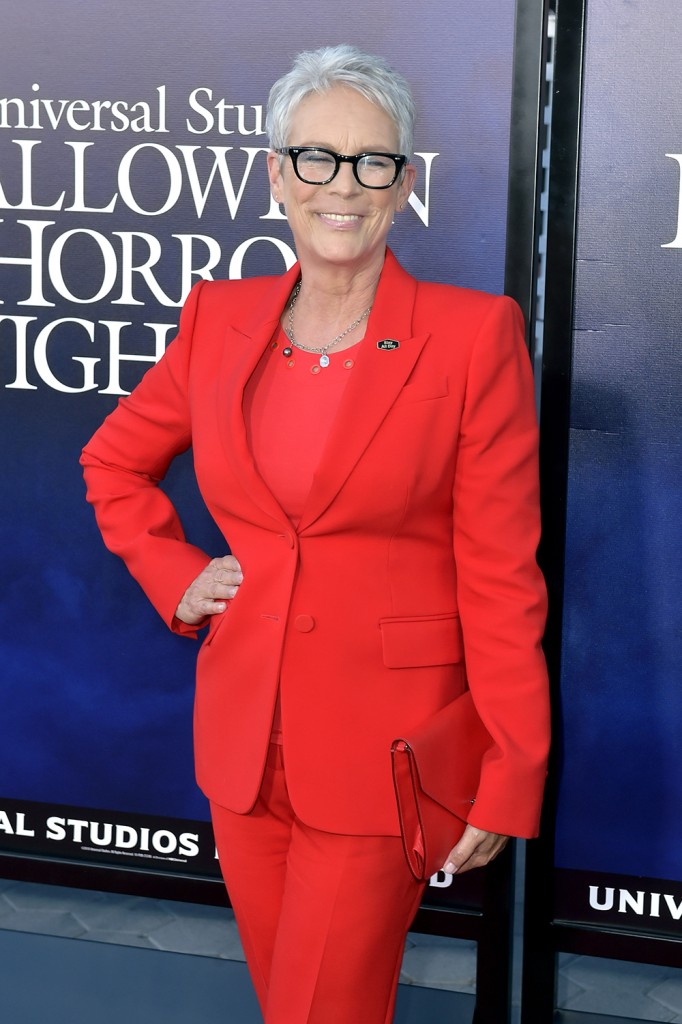