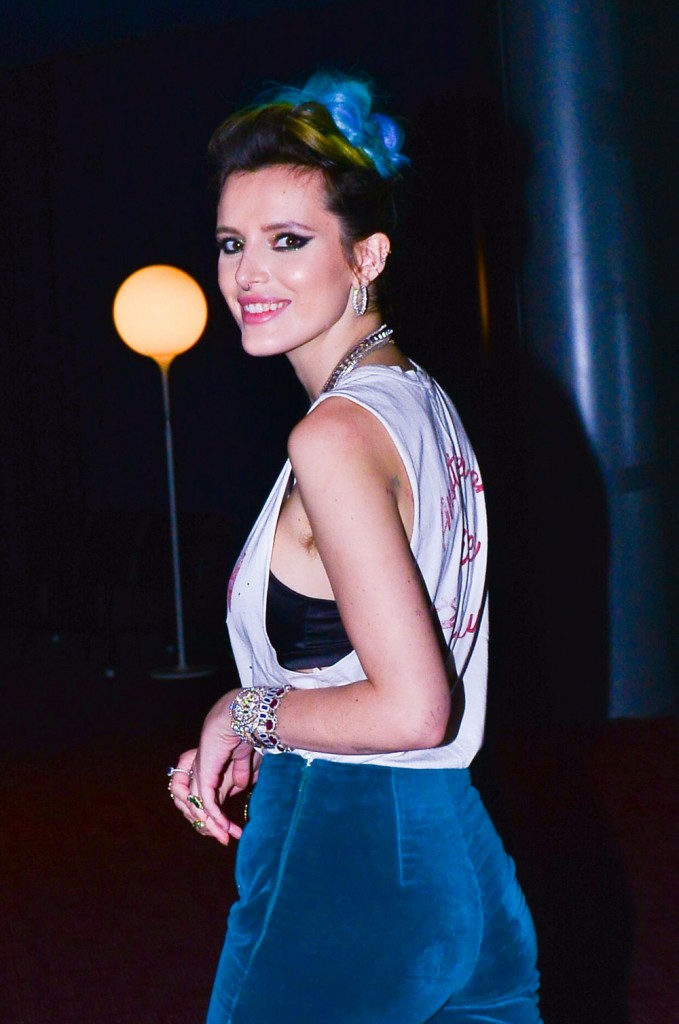 The last time we covered a profile of former Disney actress Bella Thorne, which was in April of this year, she had 12 cats. Vogue did an 18 minute interview and documentary of her life. Her house is full of bizarre art projects, strange objects that wouldn’t be out of place in a commercial haunted house, and of course cats. She does have at least one dog as well, maybe two. We also learned that Bella makes a whopping $65,000 for just one sponsored Instagram post, which makes sense because she has over 18 million followers. Since that time Bella has been on essentially the same track except she acquired seven more cats. That’s because she doesn’t spay or neuter them. Bella, now 21, told the LA Times that she was broke at 18 despite having a Disney show (Shake It Up) and multiple films at that point. She heavily insinuates that her mom took all her money. (In this LA Times profile she also talks about the sexual abuse she endured from an unnamed male when she was a child so trigger warning for that if you follow the link. She opened up about that earlier this year.)

On outlets pointing out her acne
“The Daily Mail will be like, ‘Bella must have been out partying last night’ because they got a photo of me not wearing makeup with acne,” she says. “They’re like, ‘She looks really tired out. Maybe the drugs are really wearing on her skin.’ … I get so mad. So are you telling every kid with cystic acne that they must be a heroin addict? I think they think I take serious drugs, and I’m just smoking weed.”

On smoking weed
“I used to be super, super against weed. When I was 16, my boyfriend smoked weed and I would get so upset. I thought it was the devil’s lettuce. I was always the really good two-shoes — the one that was the teacher’s pet in that annoying sense.”

Why she has 19 cats
Thorne’s home appears to be her canvas — the medium she uses to express herself, be it through her hand-painted 12-foot unicorn statue, the hundreds of felt roses she’s glued to the wall or the castle she created for her 19 cats. (She didn’t want her first cat, Lola, to be spayed because she thought it was barbaric, and now there are four generations of cats living here: Nuzzling against your knee, crawling up the screen windows, tearing down metallic streamers.)

On being broke at 18
Despite working on “Shake It Up” for three years, she says that when she turned 18, she had $200 to her name. When I ask her where the money went, her voice turns serious: “You know where it went.” I reply I do not, but she declines to elaborate.

She knows what people say about her
“I mean, OK, this girl, she’s showing off her body. She’s got armpit hair,” she says, taking my phone in her hands. “That’s just my boobs looking huge. And that’s a photo I like because I have no makeup on. But people say, ‘She’s crazy. She’s probably giving it up all the time. That girl’s a ho.’ ”

On her friendship with Mae Whitman after they were in The Duff
“My first moment of seeing a female in power was her on that set. That was my first time ever experiencing the right and the wrongs of feminism. That’s just not the way things were growing up in my household. I just never really learned ‘Be a woman,’ and ‘Be a boss,’ and all these things and what the feminist movement is about. I never learned that until I got on that set with Mae.”

Some outlets are focusing on Bella making freckles on her face to distract from her acne scars. (I didn’t include that part above. She also gets microneedling at the dermatologist, which is using small needles to help generate new skin.) Somehow that scene captures Bella’s whole social media personality, which is to entertain us while not trying to hide her vulnerability. As hard as it is to relate to her, there’s something endearing about her. It’s massively irresponsible for her not to get her cats fixed though. They’re inbred so they can have so health problems from that as well. (Although breeders do that to preserve traits and lines, etc.) Vulture points out that Bella barely Instagrams photos of her cats either, but often features her dog on social media. She does put her cats on Snapchat occasionally. Maybe she should offer some of them up for adoption if she’s not willing to spay or neuter them. I hope that they’re well taken care of. 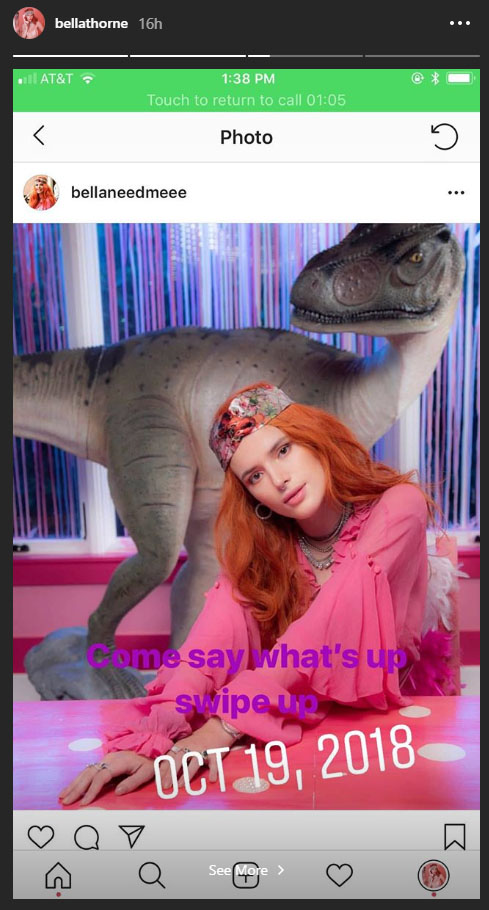 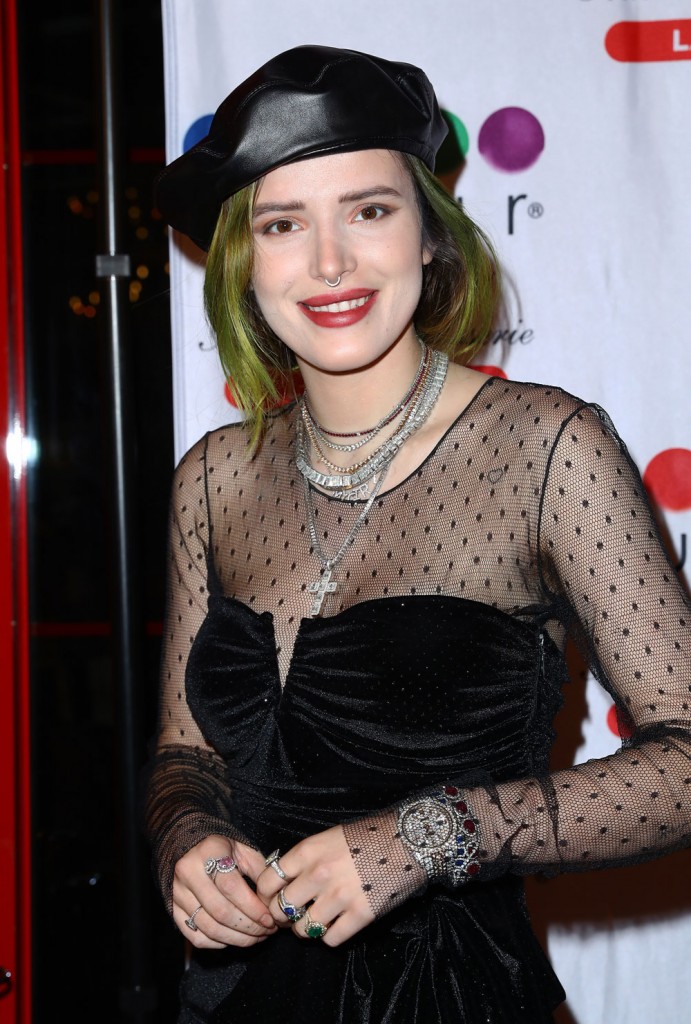