Miranda Lambert’s husband has a ‘history of cheating’ & overlapping relationships

Do you think Miranda Lambert is mad about Khloe Kardashian stealing her “messy” thunder? There were some sympathetic “takes” on Miranda’s situation, like “poor Miranda is getting the brunt of the criticism even though it’s her new husband who is a dumpster fire,” but let’s be real: Miranda LOVES this. She loves that people are talking about her. She loves the drama. So, let’s go through some of the stories which broke just in the past 24 hours.

First of all, as I suggested on Monday, once Miranda announced her marriage to Brendan McLoughlin, I figured that Brendan was the guy with Miranda during the Nashville steakhouse beef. Turns out, I was right – People Magazine did an analysis of all the 911 calls, and it seems like Miranda’s “male friend” identified himself as a cop at some point in the salad-tossing melee. The male friend was also described as being “very young” (LOL) and none of the 911 callers knew if he was her security, but they figured out that “they’re with each other.”

Next up, Brendan’s love life was extremely messy before he even met Miranda, as we learned this week. He was engaged to Jackie Bruno when he got Kaihla Rettinger pregnant, and he still begged Jackie to stay with him. Kaihla gave birth to their son the same week he met Miranda. People Magazine is even reporting on his backstory now – they have a story about how Brendan was still engaged to Bruno “just months before marrying Lambert” and he gave Jackie a $15,000 diamond engagement ring. One of the craziest details from People? “McLoughlin and Bruno’s relationship ended when Kaihla Rettinger, the mother of McLoughlin’s son, messaged his former fiancée to let Bruno know Rettinger was seven months pregnant with the police officer‘s child and had been living with him and his family, the source reveals.” OMG. This sh-t is so crazy.

People Mag also says that Brendan spent Thanksgiving with Kaihla and their newborn son, and that there was an overlap between his relationship with Kaihla and his thing with Miranda, and their source also insists that Brendan has a “history of cheating.” Which makes it sound like Miranda found her match. So let’s bring more babies into it:

Miranda Lambert and her brand new husband, Brendan McLoughlin, are already talking about having children together! A source close to the “Tin Man” singer tells ET that, just days after announcing their secret wedding, she is more than ready to take the next step with McLoughlin.

“We’ve never, ever seen her so happy and think she’s finally found her one and only,” the source says. “Miranda and Brendan both want kids. [She] never felt ready to have children until she met Brendan and now she’s excited to be a stepmom. She even says it’s great practice for when she has a baby.”

McLoughlin is already father to a few-months-old baby from a previous relationship. The source notes that he has provided the songstress with a sense of normalcy that she desperately needed.

“Brendan makes Miranda feel grounded, centered and very safe. He’s a police officer and everyone has been loving that she fell for a man in uniform,” the source adds. “Miranda is relieved to have found someone who isn’t in the music industry. Brendan is perfect for her.”

The 35-year-old country music star’s father, Rick Lambert, is a former Dallas police officer, so perhaps settling down with a lawman is just what she needed amid a career in the spotlight.

Miranda “never felt ready to have children until she met Brendan and now she’s excited to be a stepmom. She even says it’s great practice for when she has a baby.” OMFG. If I was Kaihla… I would be calling every lawyer possible to ensure that Miranda kept her hands off my baby. That’s really gross. As for whether Miranda would have a baby with this messy AF individual… your guess is as good as mine. 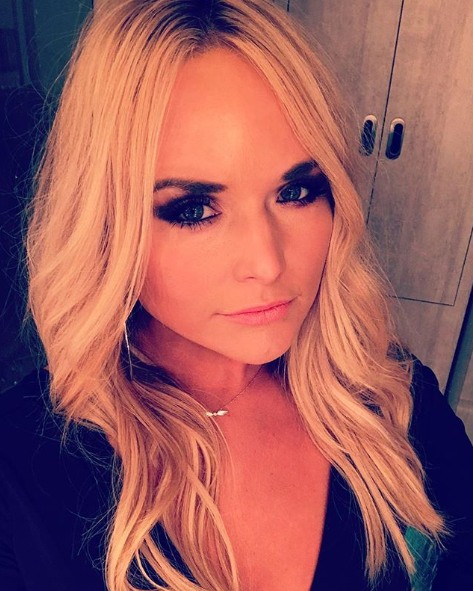