The Vanity Fair after-Oscars party was the first public appearance for Selma Blair since she disclosed her Multiple Sclerosis diagnosis last October. Selma was just interviewed by Robin Roberts on Good Morning America and if you haven’t watched it, please do. Not only is she out there with her affected speech saying this is what MS has given me, she’s also saying, very loudly this is what she refuses to let MS take from her. It’s inspiring, she’s inspiring and I can’t stop fist-bumping for her. Something else Selma made perfectly clear is that she’s not getting through any of this alone. She’s already praised Netflix for being so accommodating to her needs so she could film Another Life. In addition, longtime friends like Sarah Michelle Gellar has been supporting her every step of the way. On Monday, Sarah posted the photo of Selma above with this caption:

This is my dear friend @selmablair Last night she stood on the world stage for the first time, since being diagnosed with MS. And later this week, she is taking an even bigger step, and speaking publicly on @goodmorningamerica (with, my girl crush @robinrobertsgma ) To say I’m proud, would be a gross understatement. When I have a cold, I want to hide from the world under my covers. But not Selma. She is facing this diagnosis, the way she faces everything, with dignity, grace and head on. I know the support and encouragement that she has received on this platform has truly been a source of strength for her. This is not an easy journey, but Selma will not let this define her. I love you James.

I did the shallowest of digging and can’t find why Sarah calls Selma ‘James’ so if anyone knows, please share (you know I adore nickname stories). This is lovely and Sarah’s pride of Selma jumps off the page. Selma said in the GMA interview that some days, the pain and exhaustion are just too much, and she just has to let herself stay in bed all day. I imagine those times are when she needs to lean on her network of friends the most. In addition to Sarah, Kris Jenner, who became friends with Selma when Selma portrayed her during The People v. O.J. Simpson, sent her a Kardashian-sized bouquet after her diagnosis and has publicly applauded Selma’s approach to handling the disease.

Selma’s also made some new friends in the wake of her diagnosis. After wondering who she could possibly talk about what she was going through (before she got a diagnosis), she reached out to Michael J Fox, who has suffered from Parkinson’s for decades. She said that not only has he been a huge source of support and information, she feels like a rock star because she has Michael J Fox’s email. The whole interview is like that, with Selma’s charm and good humor coming through. In addition to still acting, she’s working on a clothing line to help those with disabilities. Plus, and this is possibly my favorite, she wants to make a custom line of blinged out canes. 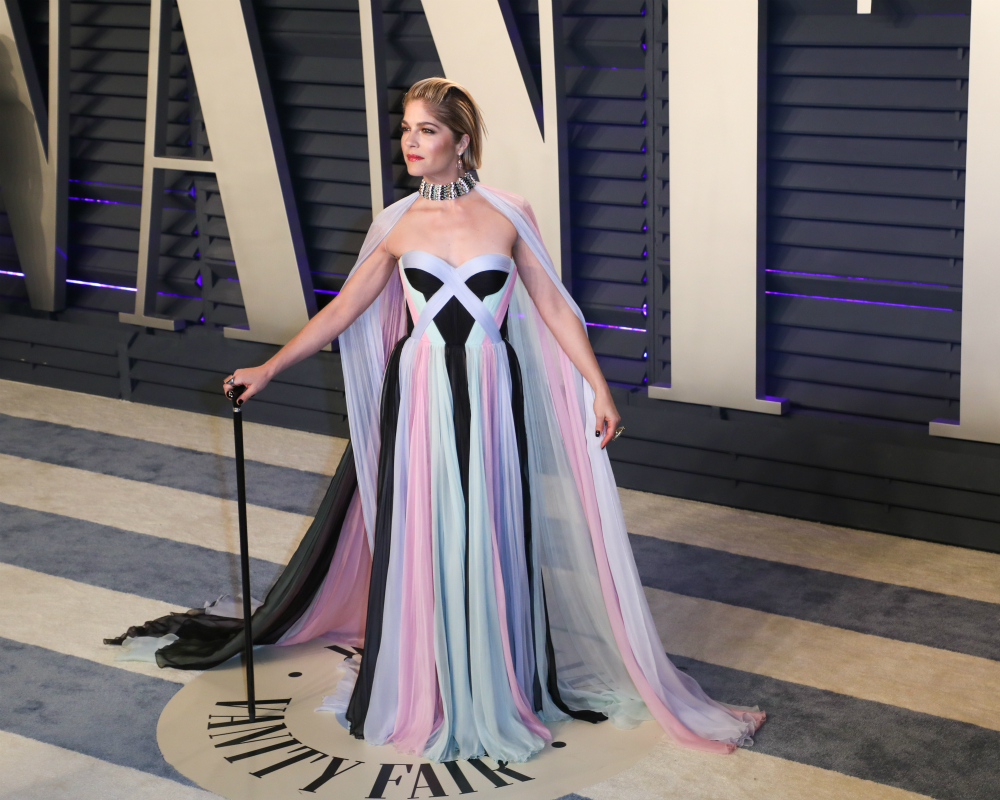