Does Keanu Reeves need to wash his hair, or is he a perfect angel as-is? 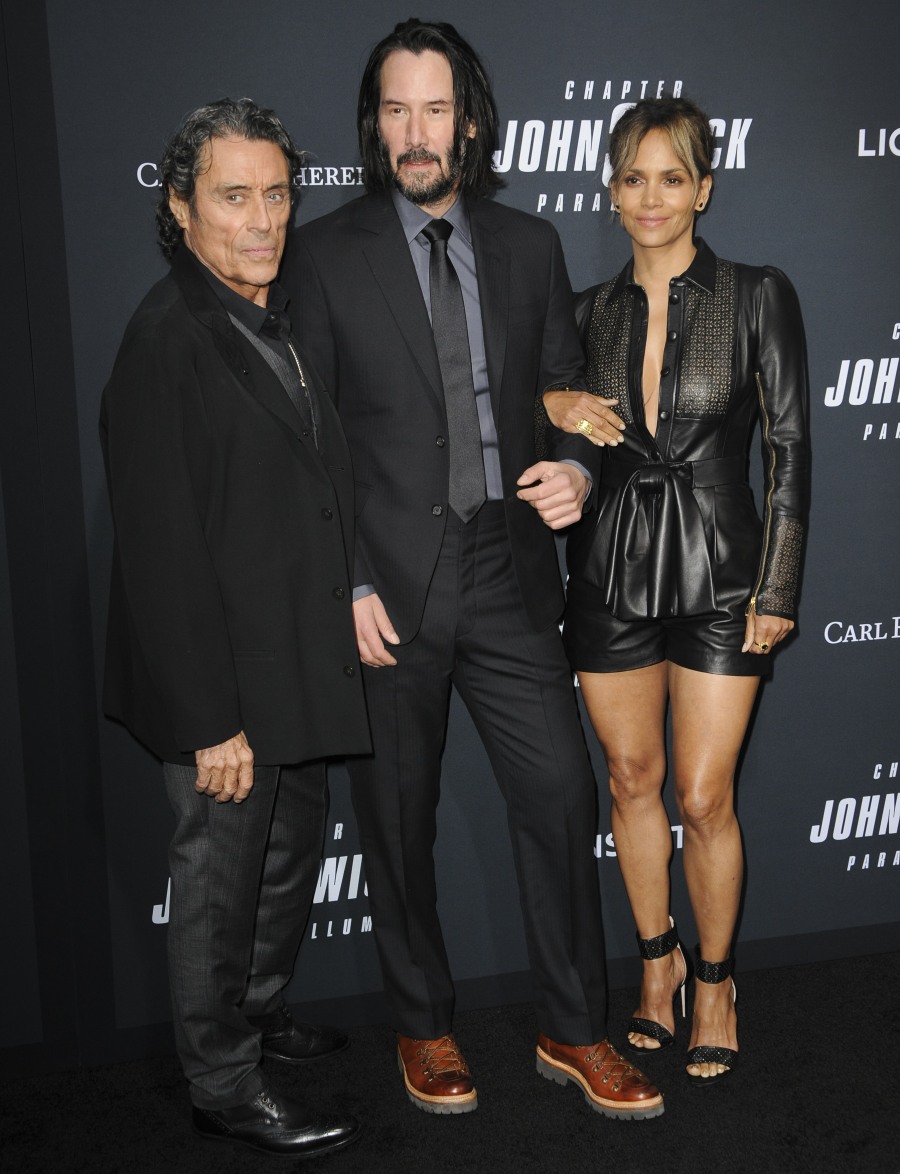 Here are some photos from the big Hollywood screening (not a premiere?) of John Wick 3 – Parabellum. Since everyone loves some Keanu Reeves, here you go. I still love Keanu, who is basically the only unproblematic man from his generation of celebrities. I still love him… while sort of hating his hair these days. I’m sure it’s for a movie or something, but it looks hella stringy and unwashed. Maybe a ponytail would work better?

Back when Keanu was filming this last year, there were several rumors going around about Keanu hitting it off with his costar Halle Berry. While I think most men would probably shoot their shot with Halle, I also think that… maybe Halle and Keanu aren’t each other’s types. Halle and Keanu posed arm in arm and it was sweet – but I don’t think they look like they’ve boned, you know? It looks more like she flirts with him and he smiles enigmatically at her. Keanu also happily posed with his other lady costar, Anjelica Huston, who is on everyone’s sh-t list these days. Oh, and Ian McShane was there too.

Also: if you’re anything like me, you’ve been pretending to understand WTF “parabellum” has meant this whole time. Keanu explained it to Entertainment Weekly: “‘Parabellum’ is Latin. It’s the second half of a Latin phrase. ‘Si vis pacem, para bellum.’ It’s basically, If you want peace, then [prepare for] war. So, parabellum is prepare for war.” Ahhhh. They could have called it John Wick: WAR TIMEZ. 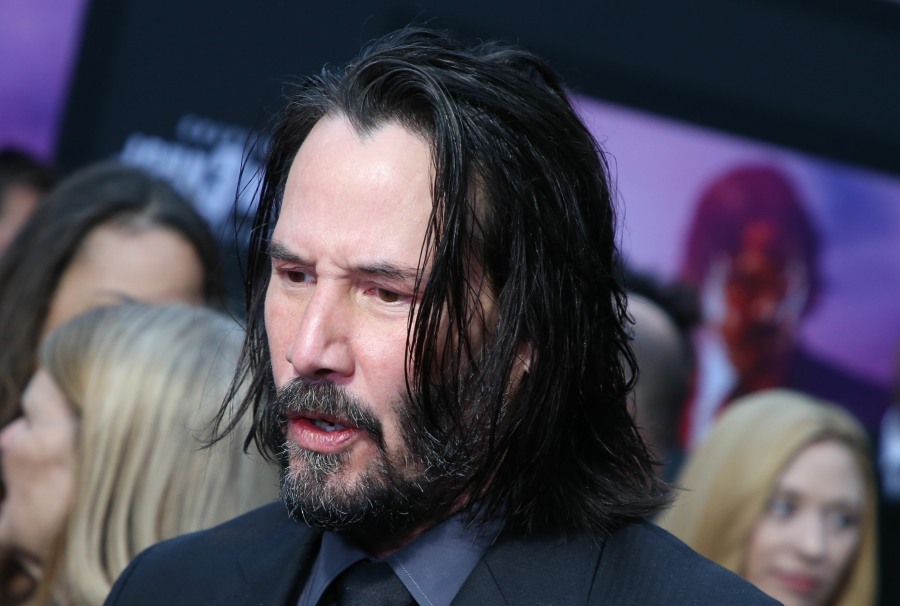 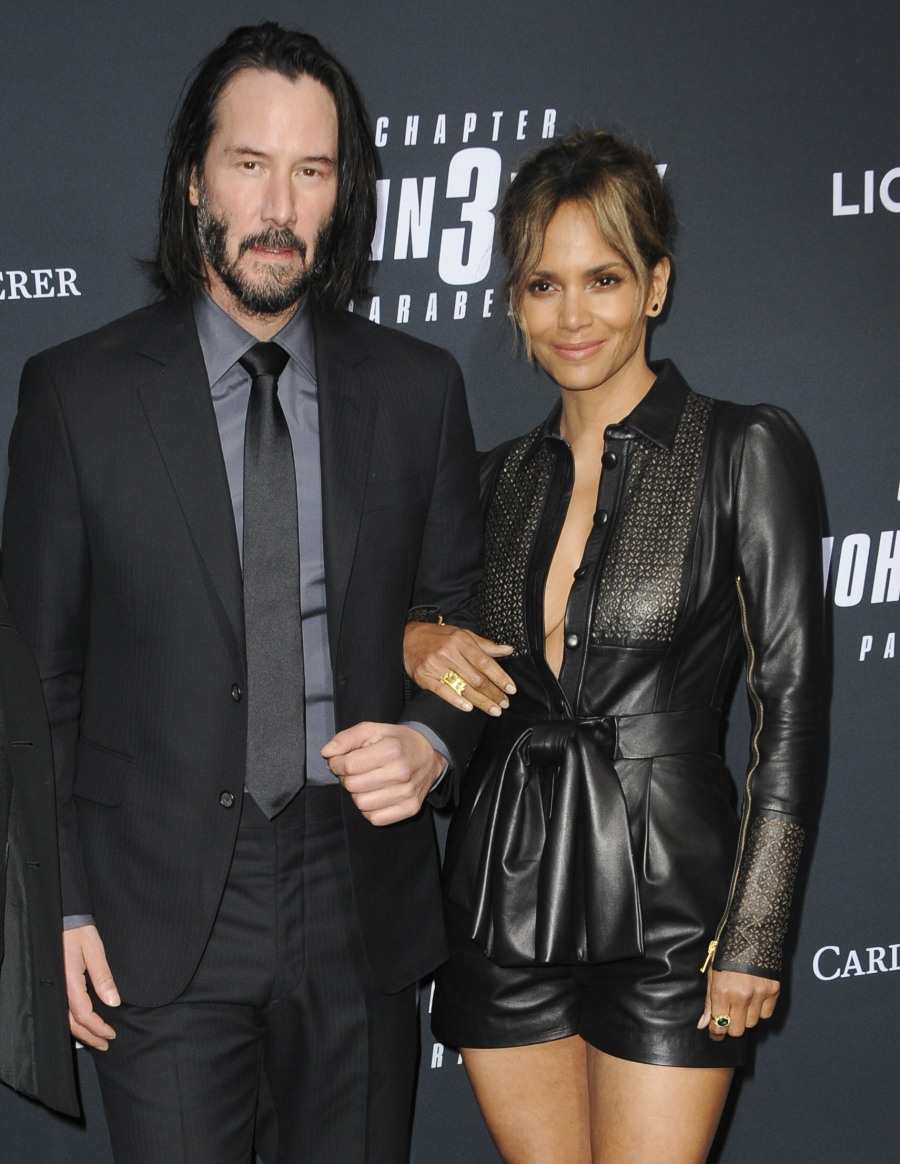 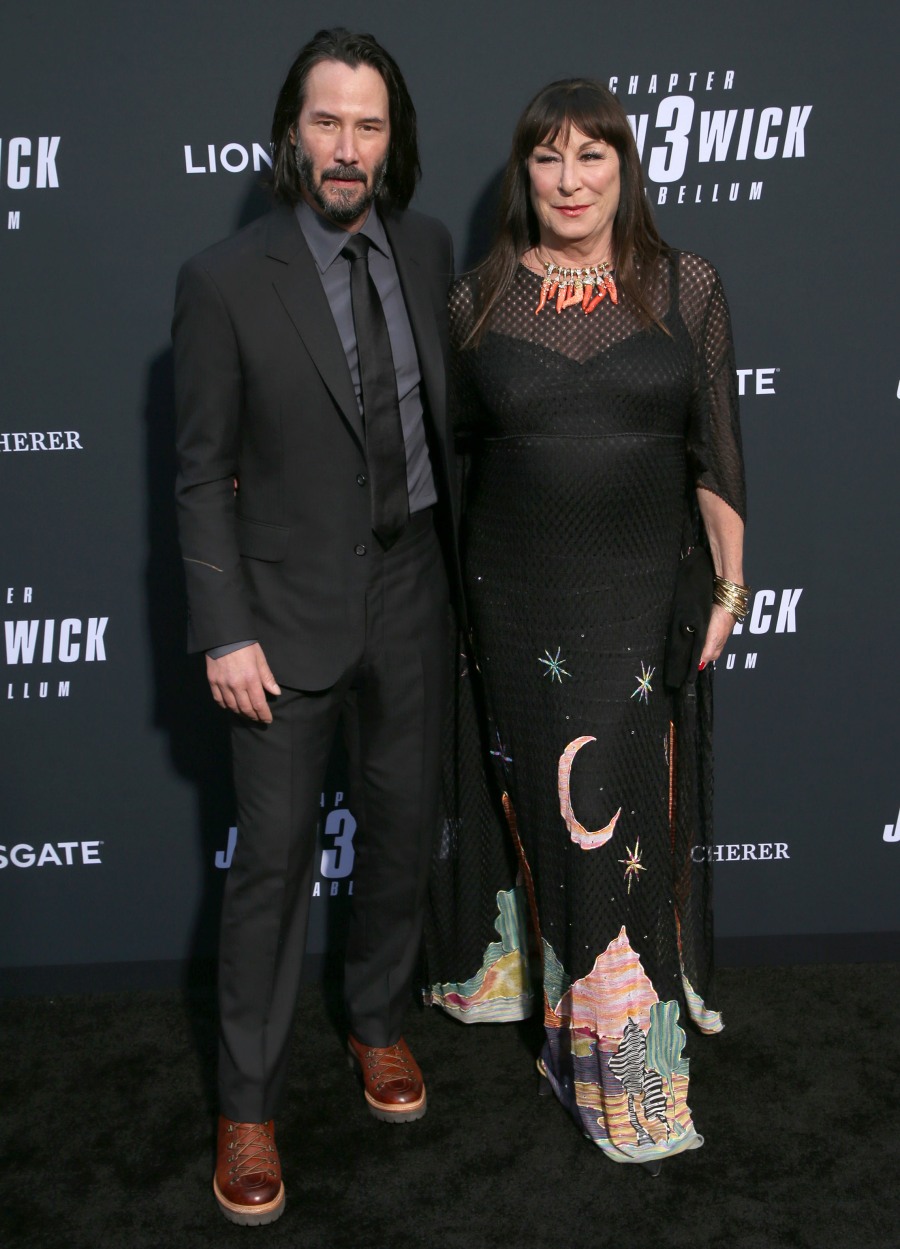 38 Responses to “Does Keanu Reeves need to wash his hair, or is he a perfect angel as-is?”