I took your advice and watched Ali Wong’s Baby Cobra special and loved it. (I did, however, make the mistake of suggesting my 12-year old daughter watch it with me, which didn’t last long, as you can imagine.) I plan to watch her 2018 special, Hard Knock Wife, as soon as I get a chance. But, as we discussed the other day, I am definitely watching Always Be My Maybe. Some real estate agents wanted to bring their clients today and I made them come yesterday so they wouldn’t interrupt my rom-com time – that’s my self-care! Since Ali is absolutely on fire, rightfully so, she got a big spread in the new Vanity Fair and it’s a great interview. They got extensive quotes from Chris Rock, Ali’s mentor, and an email response from Keanu Reeves, who leapt at the chance to work with Ali on ABMM because he was such a huge fan of hers. One of the things that really impressed me about Ali is how confident and comfortable she is with herself. According to Ali, that comes from keeping her group of college friends who couldn’t care less about her fame.

When Wong socializes, it is mostly with the same seven women she befriended at U.C.L.A., where she majored in Asian-American studies. (Joking about her unlikely success given her focus, she has said, “Ethnic studies is a major where you study how to blame everything on white people; it’s not supposed to yield income.”) “We all had kids at the same time. And they have nothing to do with entertainment,” she says proudly. “They’re public defenders, lawyers, event organizers, pharmacists, graphic designers. They could give two shits about what I do. They never ask me about any of it or for anything.” The Saturday after we meet, Wong invited her friends and their kids over to her house—to chill and eat food delivered by a Korean catering company.

Though acting in other people’s projects can feel like a day at the spa—compared with the writing, producing, and performing required of a one-woman act—Wong has mixed emotions about the time away it requires. “When I see other actresses who have kids, I ask them, ‘Please tell me what’s the longest you spent away from your kid?‘; And we share,” Wong says. “And it makes us all feel a lot better—like we’re not monsters. I met Lauryn Hill briefly … and all we did was talk about touring with our kids. Because I’m looking for tips on how to travel with kids, and I’m looking for guilt relief, you know?”

[From Vanity Fair via Lainey Gossip]

This is what I meant when I spoke of Ali’s comfort with her world. She’s not trying to pretend that her fame has no impact on anyone around her, her friends only see it as a part of who she is, just as their professions are only a part of who they are. That must be wonderfully grounding for Ali. So often in LA I’ve seen people either apologize for the fame/success or flaunt it while amongst friends. Which is funny because when you live in LA, chances are at least one of your friends has a credit that can be dropped to impress others. I love that Ali’s crew gives her that respect. And on the other side, she recognizes that befriending other famous women is not about bragging who you know, but sharing how to navigate their unique lifestyles.

Elsewhere in the Vanity Fair article, Ali discussed what she calls her “wild years,” which was her early adulthood when she led a more provocative lifestyle. As she does in her stand up, Ali is unapologetic about any of it, saying it made her who she is.

It’s important for Wong that her daughters know she was once a young “person with faults, that took risks, that failed, that struggled. They came into my life after Baby Cobra, so they don’t know my journey to get where I am—what made me who I am. I might have gone through the same things—especially when they’re going through puberty and have all these raging hormones—that they do…. That’s why it’s kind of like an advice book. I wanted to do a series of letters to my daughters,” she said of the October release, “and I might as well make a bunch of money off it too.”

I had what many people consider a “wild past.” I didn’t get in trouble or doing anything illegal or cruel. But I did not act the way many of those around me felt a lady should. I’ve never felt bad about any of it, either. Some of my choices were bad ones, certainly, but that’s part of growing up. I also made some really good choices, even though they would be considered naughty by polite society. And like Ali, I have no problem with my kids knowing about those choices if they want to. As I said, I’m late to the Ali train but I went from fan to stan in three days flat. Always Be My Maybe is streaming on Netflix. 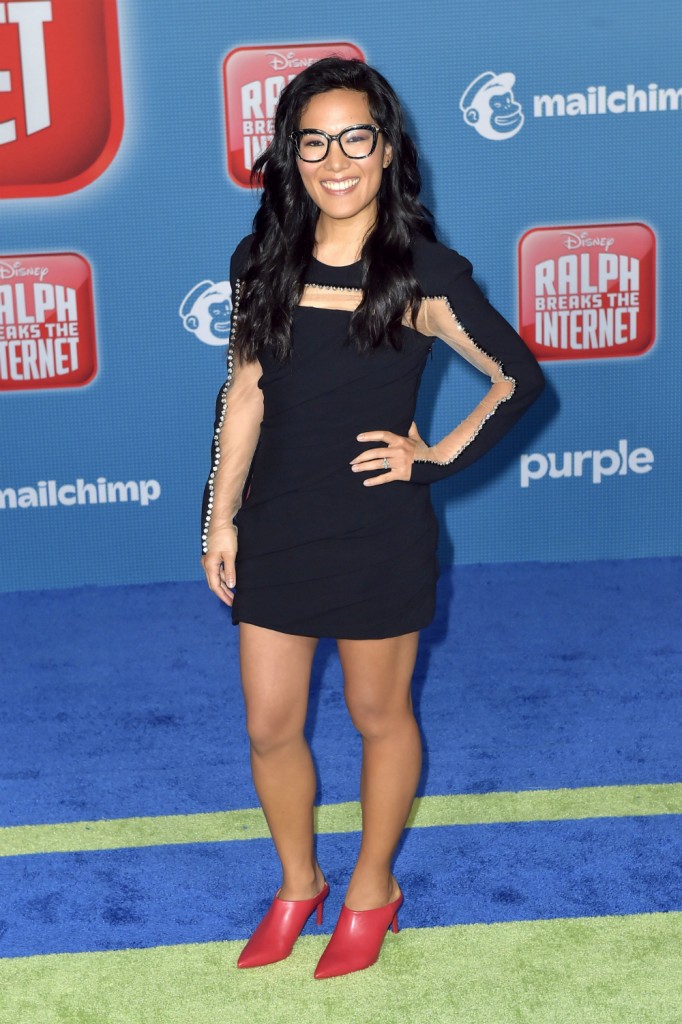 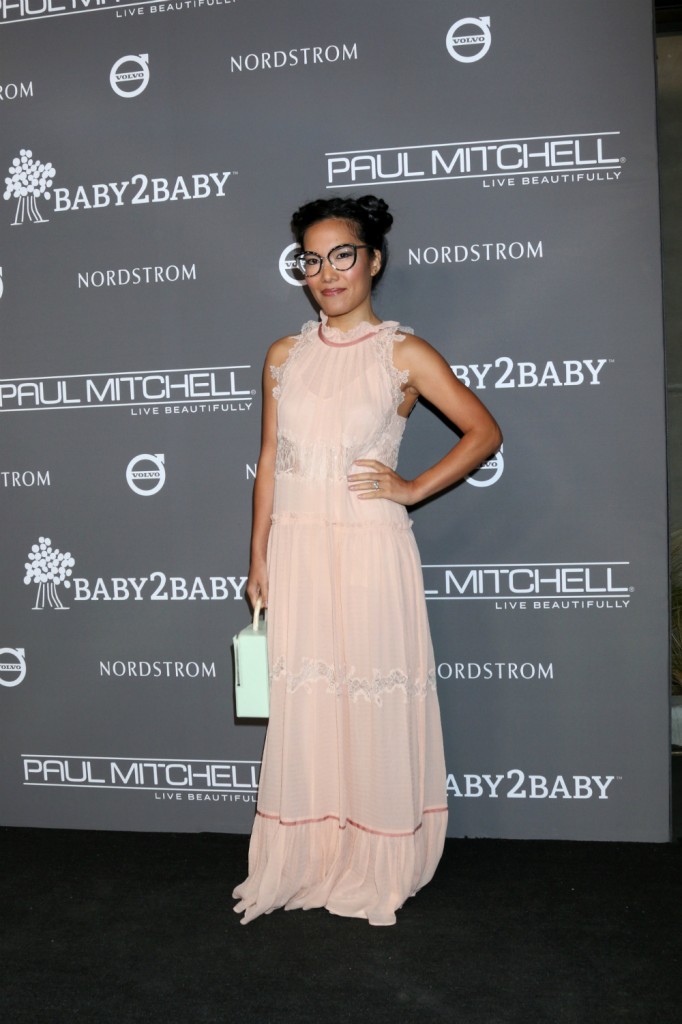 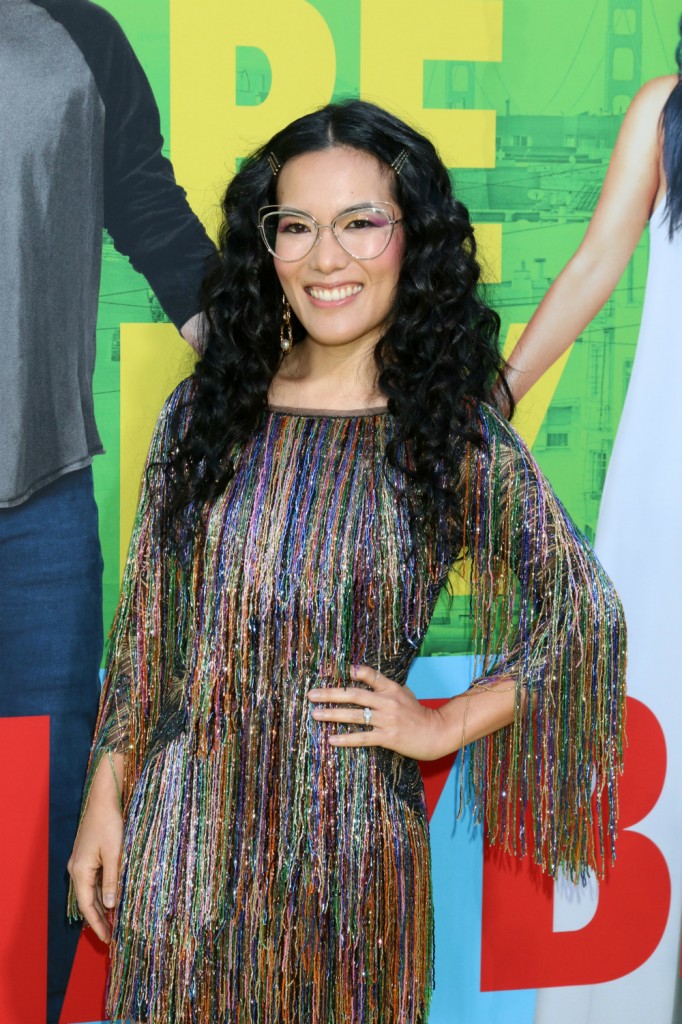