The US Women’s National Team won the Women’s World Cup!! 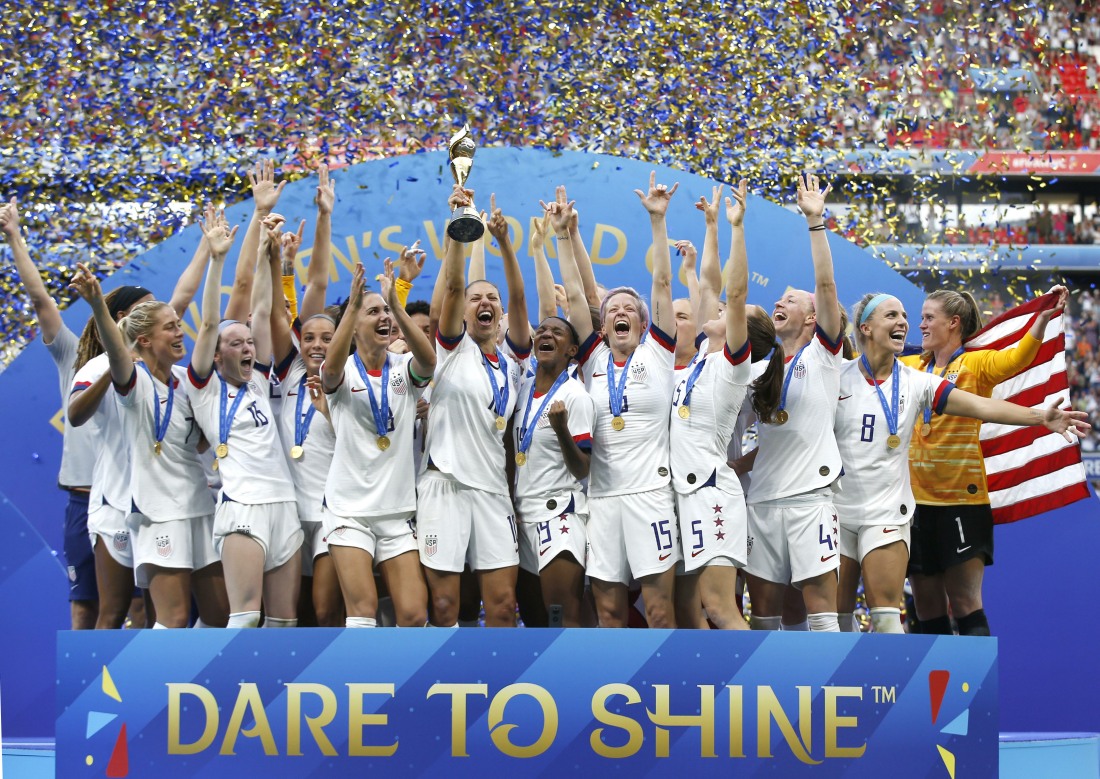 At the end of the day, all of the pearl-clutching and cries of “they’re too arrogant” and “unsportsmanlike celebrations” were just noise. In fact, that noise probably added to interest, debate, ratings and stanning of the USWNT, the American women’s soccer team. They played their final against The Netherlands on Sunday and they WON. Meghan “I’m Not Going to the F–king White House” Rapinoe scored the first goal – on a penalty kick – of the match, then Rose Lavelle landed a sweet second goal just a short time later in the second half. This is the USWNT’s fourth World Cup championship in eight total Women’s World Cups. It’s historic. Here are the highlights:

After the win, the crowd in Lyon started chanting “Equal Pay! Equal Pay!” as the FIFA president and representatives walked through. This World Cup win is tied to that now, and that’s the way the USWNT wanted it – they set themselves up for enormous pressure not just to deliver the championship for their country, but they HAD to deliver the World Cup, plus ratings, plus ticket sales, plus social media movement plus the national energy, all just to “prove” that they deserve to be paid the same as the men by US Soccer (and ultimately FIFA as well). The fact that they pulled off this multi-pronged hat trick is insane. All of these women are utter ballers.

Also: Megan Rapinoe won the Golden Boot. And she quoted Nipsey Hussle on her Instagram. So baller. And Nike released this commercial which made me cry.

Some reactions to the win.

Yes! Fourth star. Back to back. Congrats to the record breakers on the @USWNT, an incredible team that’s always pushing themselves—and the rest of us—to be even better. Love this team. #OneNationOneTeam

Rapinoe's World Cup has to be up there with the greatest all-time talk-and-back-it-up performances in sports history. Tangle with a President and win World Cup and MVP? A socially conscious athlete pilloried for patriotism? No one will *ever* be Ali, but there's Ali in Rapinoe.

Ain't really trip on the credit, I just paid all of my dues I just respected the game, now my name all in the news Trippin' on all of my moves, quote me on this, got a lot more to prove- @nipseyhussle #tmc🏁 #cheesin

33 Responses to “The US Women’s National Team won the Women’s World Cup!!”