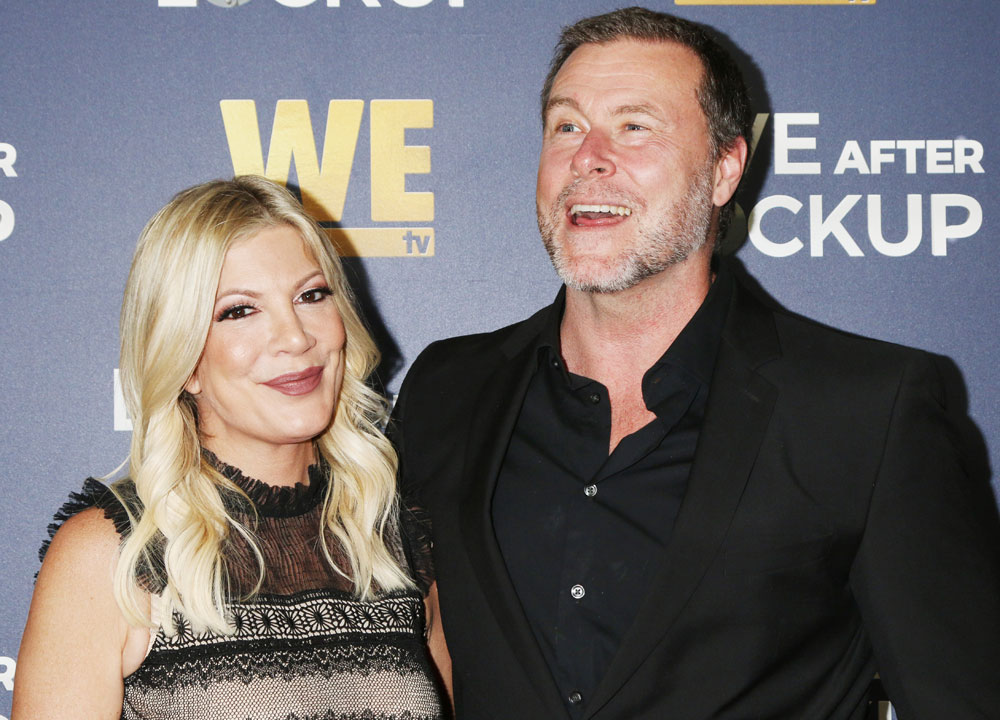 If you haven’t noticed, we’ve been ignoring Dean McDermott and Tori Spelling. That’s the last phase of being fed up with a celebrity, which we talked about in an early episode of our podcast (we’re back next Monday, we just took a couple of weeks off). Once the celebrity is just picking feuds or they have a podcast or YouTube channel where they give a lot of information, we may end up ignoring them. Thus the lack of coverage of Tori and Dean, who are now reunited in their quest for coverage. Dean has a podcast and he apparently revealed that he and Tori leave the bathroom door open when they do their business. Please don’t make me listen to it, I’m just relying on US Weekly’s writeup.

“The door’s open, yeah,” the 52-year-old actor confessed during a candid conversation about using the toilet in front of significant others with cohosts Adam Hunter and Nicky Paris and guest Krista Allen on the Monday, July 8, episode of the “Daddy Issues” podcast Opens a New Window. . “I actually think it is a sign of, maybe not love, but that you’re soulmates.”

McDermott added that he hadn’t been as comfortable in past relationships.

“There are some people that would try to do that in front of me and I’m like, ’That’s disgusting,’” the former Chopped Canada host explained. “And I wouldn’t do it in front of them.”

There was a really bad-looking body switch comedy with Leslie Mann, Ryan Reynolds and Jason Bateman called The Change Up, which came out in 2011. I only saw the first few minutes, where Leslie’s character was doing her business disgustingly with the door open. I’ve never done this in front of a partner and unless it was an emergency situation I don’t think I ever will. There are some things you just should not share. Sometimes I leave the door almost closed but not locked because the handle comes off (I live in an old house) but it’s not the same and everyone is afforded their privacy. Also, why do men take so long in there? Every guy I’ve ever lived with has taken forever while I’m in and out. My friends say the same: they’re pretty fast and their husbands and sons are in there a long time. Anyway I’m not surprised Tori and Dean do this in front of each other and consider it romantic. I am surprised they’re still together, but they’re united in their love of grifting and spending. Speaking of that, they missed a July 1st hearing over one of the many unpaid debts for which they’re being sued. As Allison at Dlisted reports, Dean was in the hospital around that time with pneumonia. Tori could have showed up for the hearing, but she never shows up for those things and has skated for that so far. 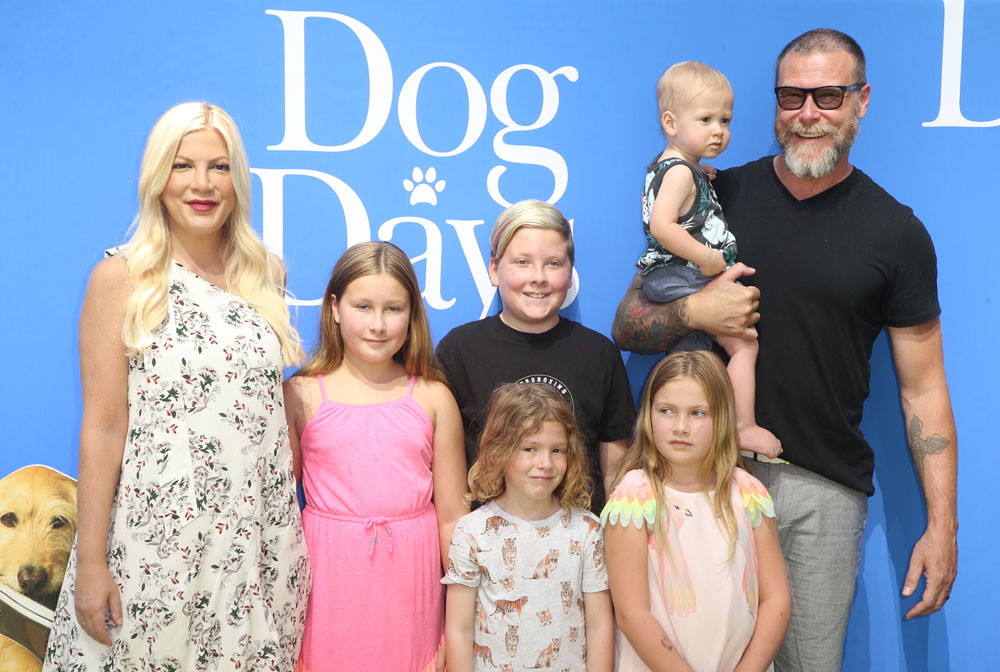 46 Responses to “Dean McDermott: Tori Spelling and I leave the bathroom door open so we’re soulmates”