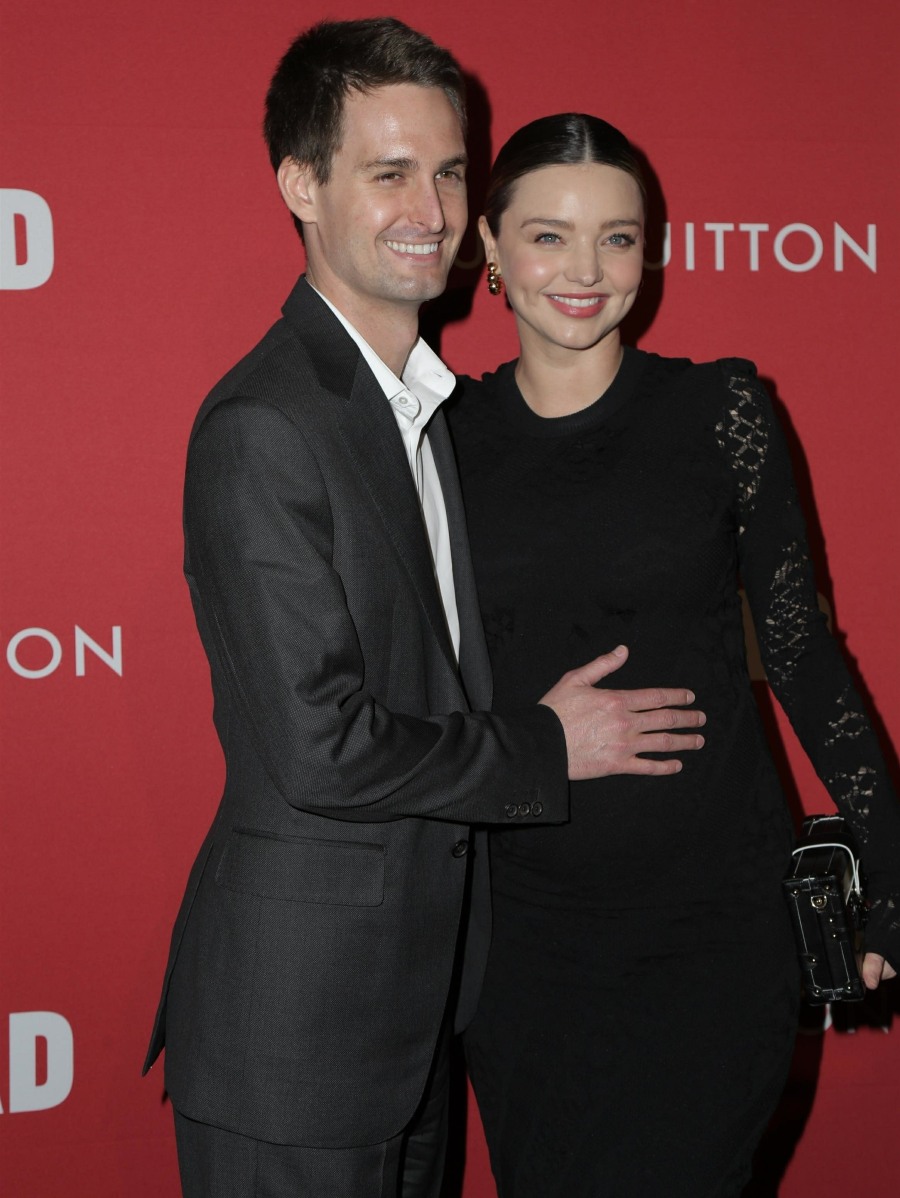 Miranda Kerr is still promoting her Kora Organics line, and she’s specifically promoting Kora’s new product, the Noni Bright Vitamin C Serum. I probably don’t give Miranda enough credit for starting her own skincare line and being one of the first to really make “organic skincare” into a major thing. She is legitimately a businesswoman and… she also loves the healing power of crystals. That dichotomy can work in one person. Miranda has a new interview with W Magazine to promote Kora, and if some of these quotes sound familiar, it’s because she said a lot of the same sh-t in her recent New Beauty cover story. This is a new interview though, she just has the same talking points. You can read the full piece here. Some highlights:

On starting Kora Organics in 2009: “We were basically the pioneers. I launched the company in Australia ten years ago, before anyone was really interested in or talking about clean beauty. The idea that health is wealth is one that I kind of grew up with, so I understood that what you put on your skin goes into your blood stream early on. You know, for such a long time, there was this misconception that oh, maybe if it’s natural or clean or organic, it’s not as effective. But the interesting part is that because we’re certified organic, we’re so much more than just clean beauty. Our ingredients are grown on soil that’s not depleted, because of the organic certification. We have rules and regulations, not just around obviously avoiding the chemicals being sprayed on crops and what not, but around the nutrient density of the soil.”

Her husband Evan Spiegel & her sons use Kora: “Oh yeah, I use the products on all my family. I use the body lotion and body wash on the baby, and I keep the body balm in his bag. They’re super nourishing and great for sensitive skin, and incredible for the kids. My husband [Snapchat CEO Evan Spiegel] and I both use the turmeric two-in-one scrub—we keep it in the shower, and use it every morning. It’s a scrub and/or a face mask—you can use it both ways. And if you combine it with the Noni glow face oil, it’s like an at-home facial. My husband uses the face oil, too.

Evan’s flaky skin: “Well, he naturally has very dry skin—it’s part of his genetics. It’s interesting because I have an eight-year-old son who has a different dad Orlando Bloom, and I’ve always used the products on him, and his skin’s always been great. But now with my second son, with Evan, he has naturally his dad’s skin. So if I’m not consistent with applying the Kora body lotion and balm, or the body oil, daily, he’ll get a little dry patch. But if I am, he’ll have none whatsoever. It’s incredible to see those results on such a little baby—the products really do work.

She loves crystals: “Yeah, so there are so many more layers to Kora. Obviously, the first layer of our business is products that are certified organic and produce results, but the other main element is all about the interconnection of the mind, body, and skin, and recognizing that how you think affects the way you feel. There are different tools you can use to help support yourself, and one that I’ve used throughout the years is crystals. Throughout the manufacturing process, every single ingredient of every single product touches upon crystals. Some products actually contain crystals—our eye oil has a rose quartz roller ball, and we have luminizers with actual crushed rose quartz and amethysts, so you’re getting that luminosity, and you’re getting a little bit of magic at the same time.

I’ll admit to finding the skin-genes part of the conversation interesting. I haven’t seen Miranda’s son Flynn in a while, but from what I remember, Flynn takes after Miranda more in coloring and looks. Does Flynn have Orlando’s great, olive complexion or does Flynn have Miranda’s fairer complexion? But sure, I’ll believe that baby Hart probably takes after Evan Spiegel. I have my dad’s skin, which is to say I have “Indian skin” which, like my father’s, is more prone to weird dry patches and out-of-nowhere rashes. Lots of soaps and detergents make me itchy too. Maybe I should have been using organic sh-t this whole time. Anyway… I find it interesting that she can be all organic-science-y and then talk about the magic of crystals. Miranda is a riddle. 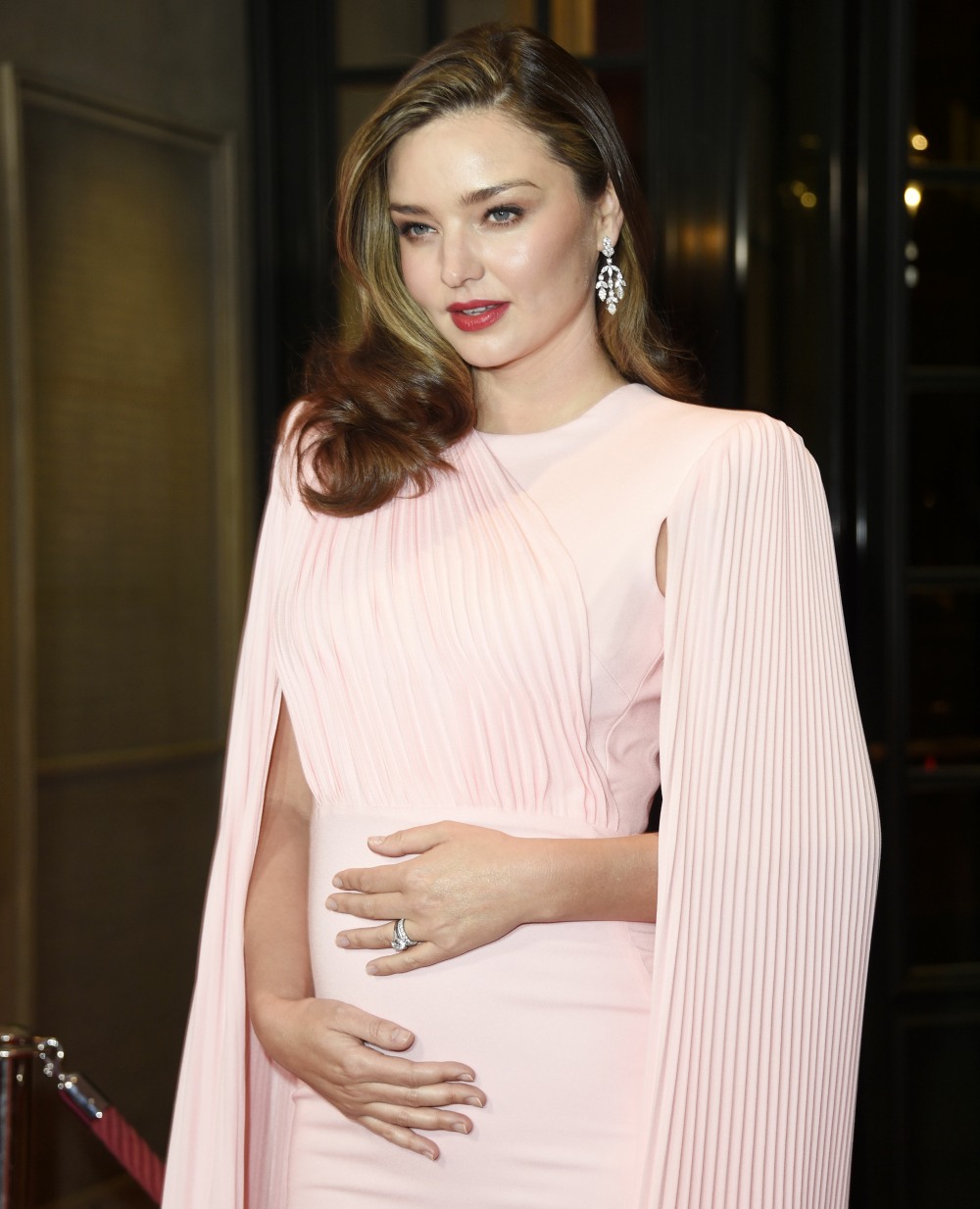