Tom Hiddleston ‘really has fallen’ for Zawe Ashton, ‘he’s ready to settle down’ 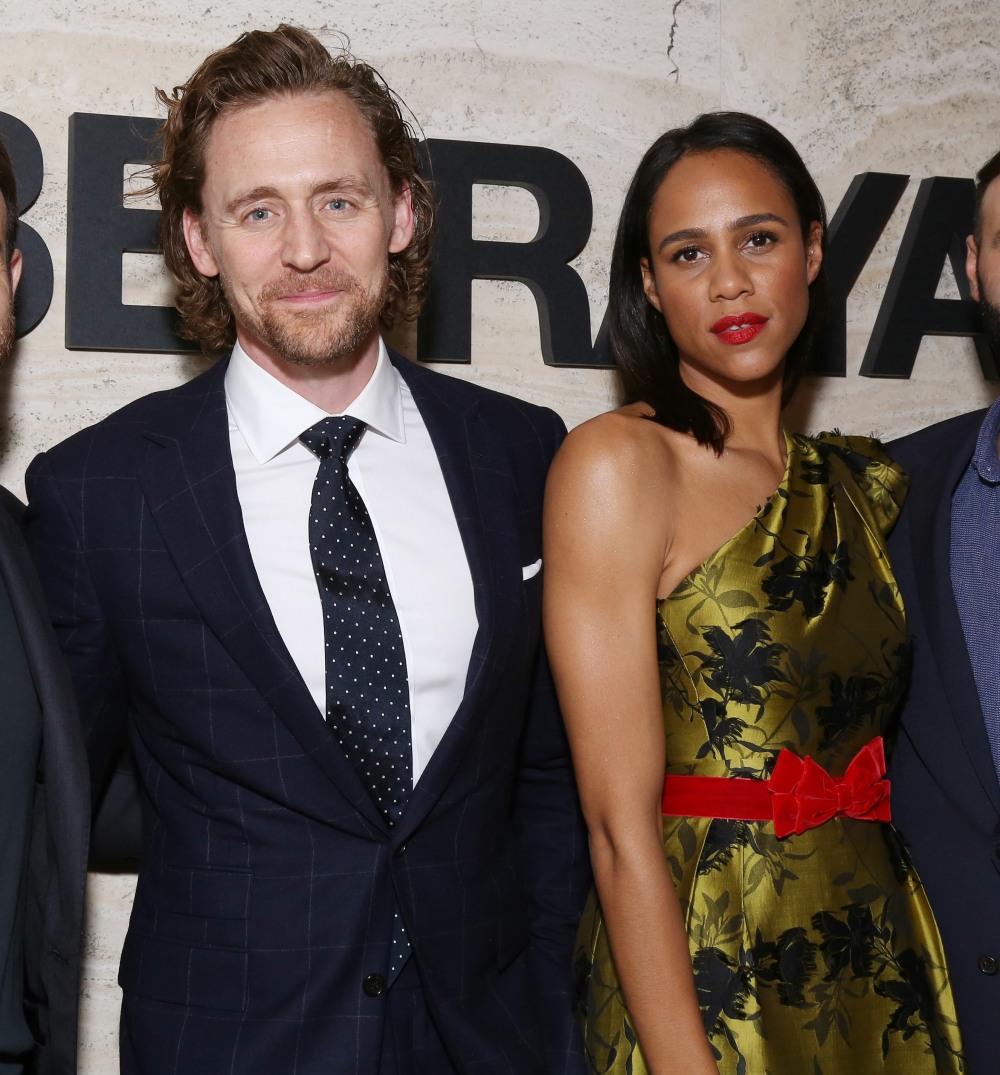 I’ve been saying for months that I’ve gotten a vibe from Tom Hiddleston and Zawe Ashton. They worked together (as costars) in Betrayal in London, and they’re currently doing the same play on Broadway, with the same director/cast/staging. Basically, Tom and Zawe have been working together closely, in an intense play, for much of this year. Close quarters. Familiarity. Comfort. Theatre vibes. Of course they got together. Of course they’ve been quietly dating this whole time. They’ve pretty much openly dated for a while too – they even went to US Open matches together and everything. But is it love? The Sun’s sources say YES.

Actor Tom Hiddleston is in his first romance since splitting from Taylor Swift. The Night Manager star, 38, has been quietly dating Zawe Ashton, 35, since February. The tennis fans were pictured sitting together at the US Open this week and popping to a New York bar after their play transferred from the West End to Broadway.

A source told The Sun: “Tom really has fallen for Zawe in a big way. They’ve actually been together for more than six months. But he is so paranoid about his private life since his relationship with Taylor that he has gone to great lengths to keep this under wraps. Tom and Zawe spent Easter together renovating his house in England. They now spend most weekends together and going for long walks with his dog. He thinks this could be the love of his life — he’s ready to settle down.”

Eton-educated Tom won a Golden Globe for the 2016 BBC series, and has played Loki in six Marvel movies and been linked to the James Bond role. In contrast Zawe was born in Hackney, East London, and appeared in Casualty, Holby City and The Bill.

I’m into it. I think Tom + Zawe makes sense. More sense than Benedict Cumberbatch and Sophie Hunter, let’s be real (what’s up with them??). And I’m glad that Tom has a nice little lowkey romance this time around. I don’t think he’s actually “paranoid” about it – I mean, he and Zawe sat together in New York, at the US Open, in full view of cameras. I think he and Zawe probably waited several months before really “coming out” as a couple, but that’s how it SHOULD be. You shouldn’t announce your relationship on Insta after two dates, you know? Anyway, I hope they get married. Bridal dragonflies!! 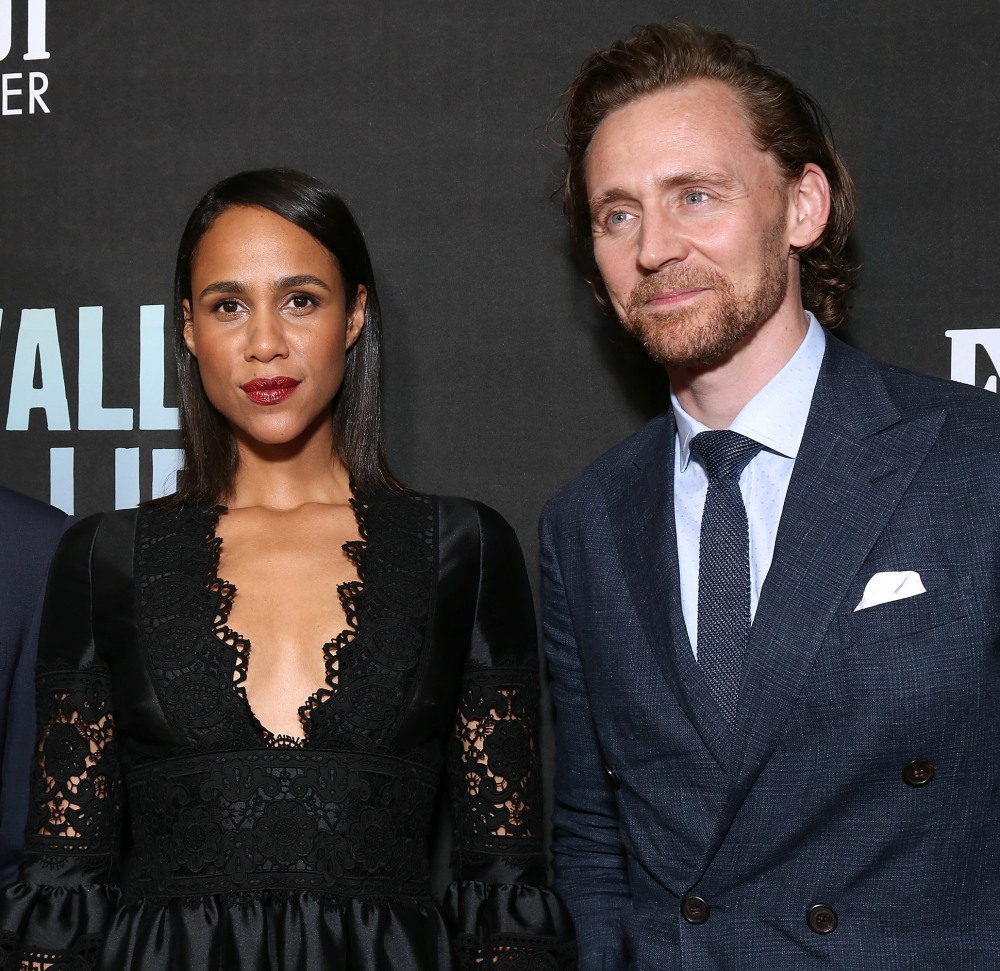 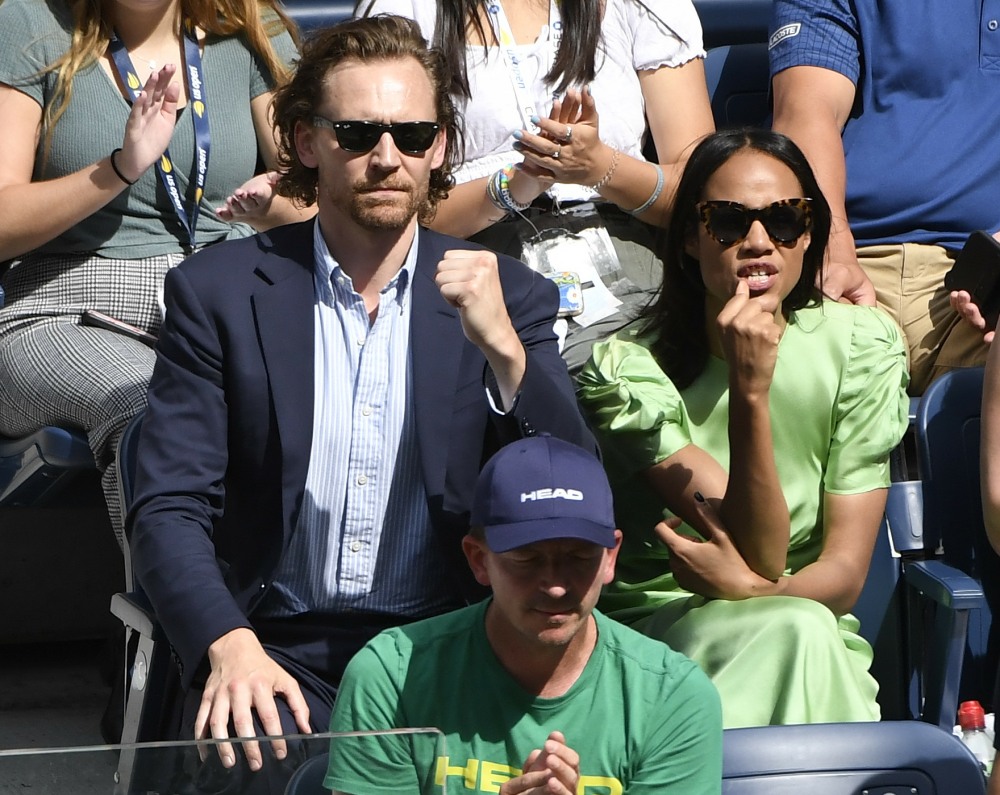 100 Responses to “Tom Hiddleston ‘really has fallen’ for Zawe Ashton, ‘he’s ready to settle down’”