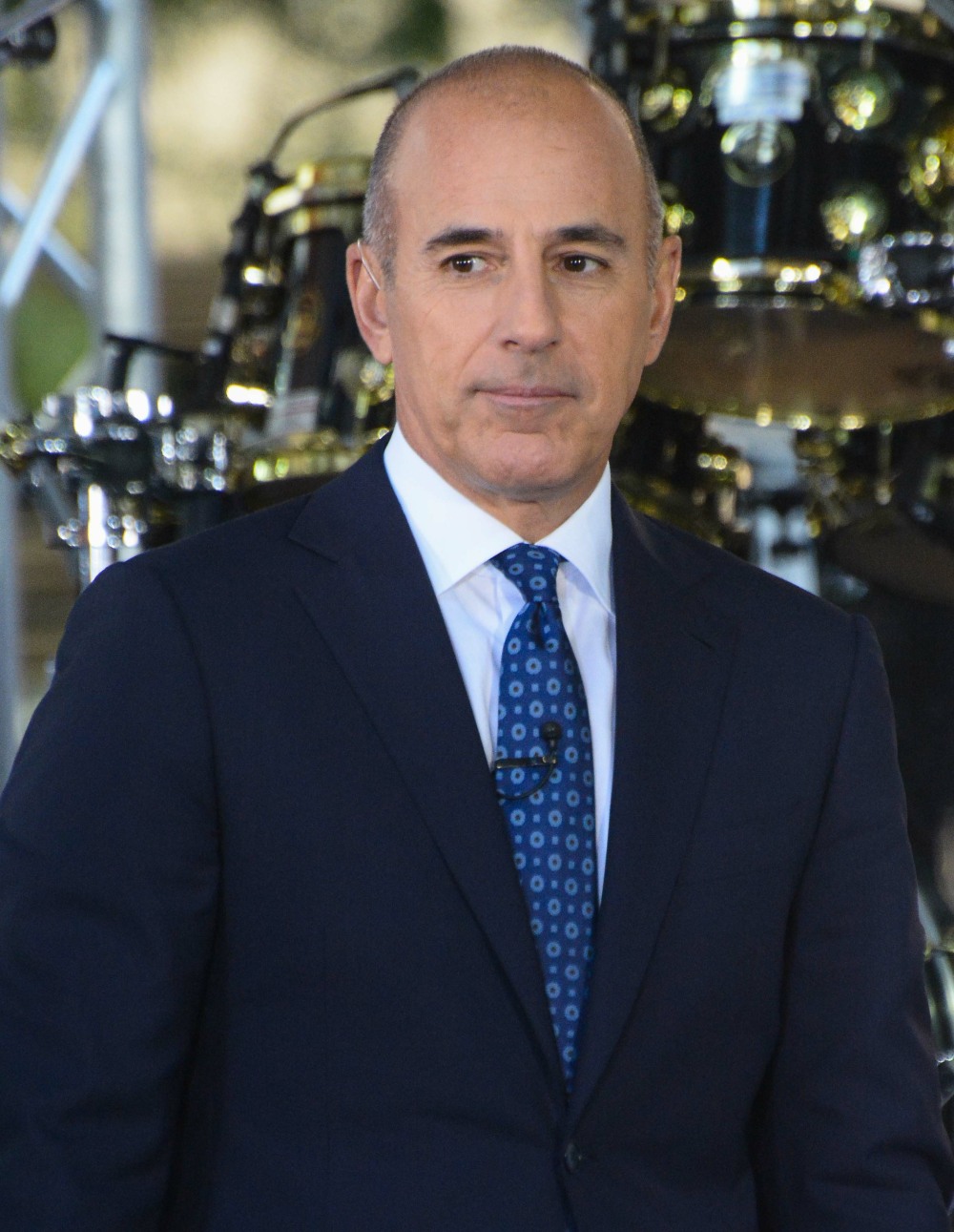 This month is the two-year anniversary of the start of the #MeToo movement, meaning it’s the anniversary of the publication of stories about Harvey Weinstein’s history of rape, harassment, assault and bullying behavior. In the wake of Weinstein’s “outing” as a predator, many more high-profile men were “taken down” by their victims. Men like Matt Lauer, who was fired from NBC News/The Today Show in late November 2017. Ronan Farrow’s new book Catch and Kill is mostly about Weinstein, but considering Farrow initially investigated the Weinstein story FOR NBC News, of course he has some stuff to say about how NBC News shut him down, all while they were actively covering up for Matt Lauer’s predatory behavior towards female colleagues.

When Lauer was fired, the NY Times and other outlets had some horrific stories, mostly from women who preferred to speak anonymously, like the woman whose Me Too story involved Matt Lauer raping her in his office until she lost consciousness. Lauer’s main accuser – the one who went to NBC News brass and ended up getting a settlement – said that Lauer’s first assault was at the Sochi Olympics. Well, Ronan Farrow spoke to that woman for his book. And her story is absolutely devastating.

Farrow’s most explosive interview in the book is with Brooke Nevils, the former NBC News employee whose complaint about Matt Lauer led to the co-anchor’s firing from the “Today” show in 2017. At the time, NBC News kept Nevils’ identity anonymous from press reports at her request. The full details of her allegations have not been made public until now.

In the book, obtained by Variety, Nevils alleges that at the 2014 Sochi Olympics, Lauer anally raped her in his hotel room. In Sochi, Nevils was tasked with working with former “Today” co-anchor Meredith Vieira, who’d been brought back to the show to do Olympics coverage. In her account, one night over drinks with Vieira at the hotel bar where the NBC News team was staying, they ran into Lauer, who joined them. At the end of the night, Nevils, who’d had six shots of vodka, ended up going to Lauer’s hotel room twice — once to retrieve her press credential, which Lauer had taken as a joke, and the second time because he invited her back. Nevils, Farrow writes, “had no reason to suspect Lauer would be anything but friendly based on prior experience.”

According to Nevils, she “was in the midst of telling him she wasn’t interested again when he ‘just did it,’” Farrow writes. “Lauer, she said, didn’t use lubricant. The encounter was excruciatingly painful. ‘It hurt so bad. I remember thinking, Is this normal?’ She told me she stopped saying no, but wept silently into a pillow.” Lauer then asked her if she liked it. She tells him yes. She claims that “she bled for days,” Farrow writes. Nevils tells Farrow: “It was nonconsensual in the sense that I was too drunk to consent,” she says. “It was nonconsensual in that I said, multiple times, that I didn’t want to have anal sex.”

Back in New York City, Nevils had more sexual encounters with Lauer. “Sources close to Lauer emphasized that she sometimes initiated contact,” Farrow writes. “What is not in dispute is that Nevils, like several of the women I’d spoken to, had further sexual encounters with the man she said assaulted her. ‘This is what I blame myself most for,’” she says to Farrow. “It was completely transactional. It was not a relationship.”

She was terrified about the control Lauer had over her career. After her encounters with Lauer ended, Nevils said she told “like a million people” about her situation with Lauer. “She told colleagues and superiors at NBC,” Farrow writes. She moved to NBC’s Peacock Productions to be a producer, “and reported it to one of her new bosses there.”

Nothing happened until fall 2017, when the post-Harvey Weinstein reckoning led former “Today” colleagues to ask her about Lauer. Nevils told Farrow she then went to Vieira and told her what had happened. A distraught Vieira, according to the book, urged Nevils to go to NBC Universal human resources with a lawyer, which she did. After Lauer’s firing, she learned that Noah Oppenheim, the president of NBC News, and Andrew Lack, the chairman of NBC News and MSNBC, “were emphasizing that the incident hadn’t been ‘criminal’ or an ‘assault’” — which she claims caused her to throw up, Farrow writes.

Farrow then reports that while human resources and NBC executives promised her anonymity, the fact that everyone knew that Lauer had assaulted *someone* in Sochi limited the possibilities and after a short time, everyone at NBC knew it was her. She went on medical leave and was eventually paid “seven figures.” I believe Brooke Nevils and dear God, what an ordeal. To be doing your job at the Olympics IN RUSSIA and this happens. She must have been absolutely terrified and traumatized. The only nice thing I’ll say is props to Meredith Vieira for being “distraught” when Nevils told her. 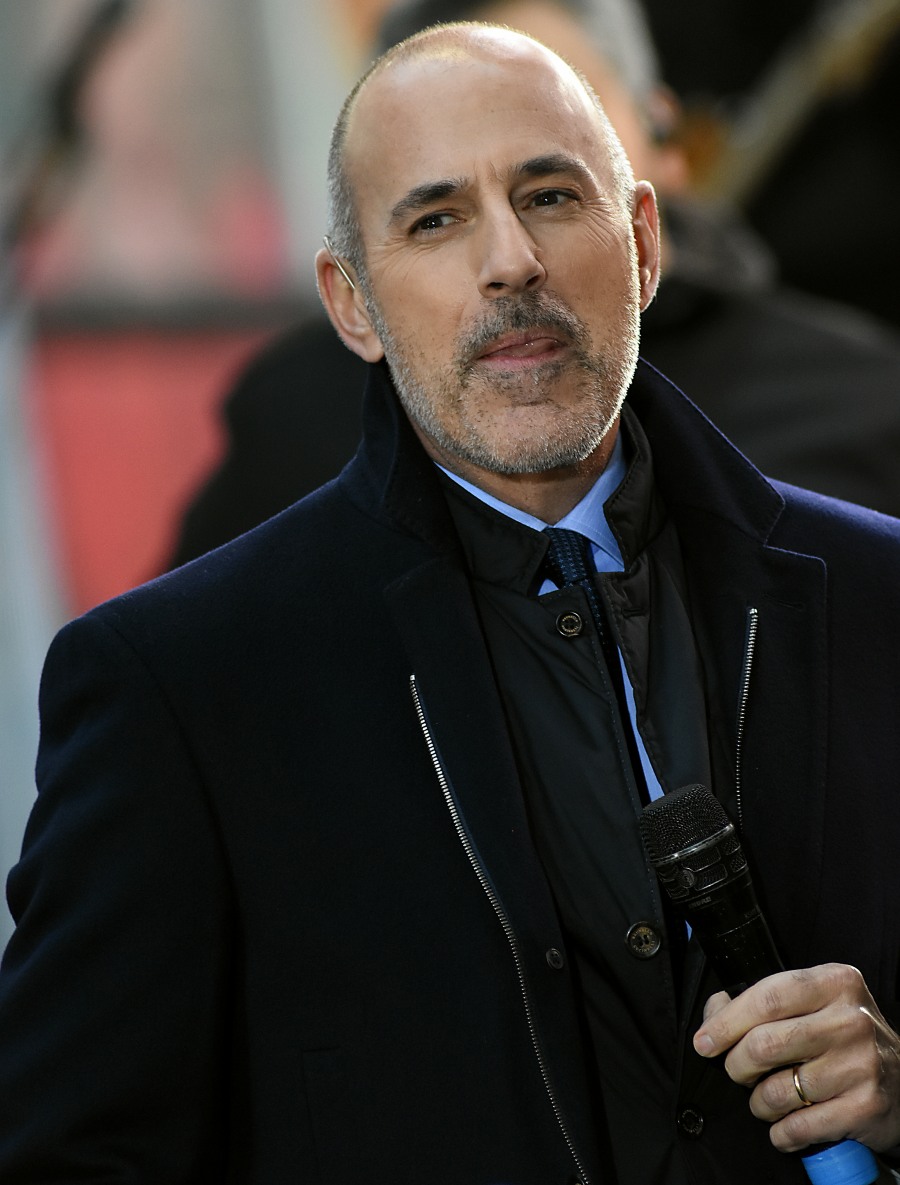