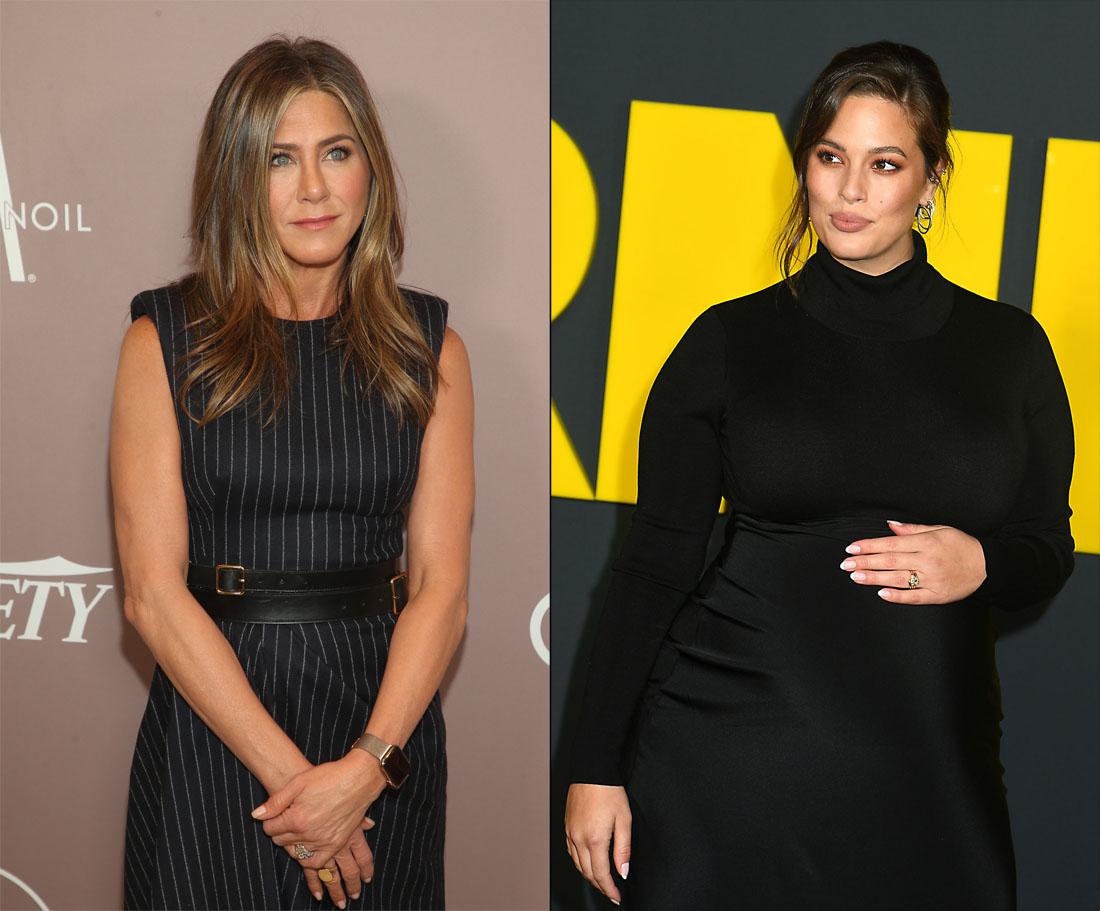 Jennifer Aniston has 17.7 millón Instagram followers two weeks after joining the platform! She broke the record for the fastest first million gained: 5 hours and 16 minutes. That was a title previously held by the Duke and Duchess of Sussex: They amassed that number in 5 hours and 45 minutes. Apparently, she’s also running her own account, and she’s responding to DMs. (I wonder what her inbox looks like!)

Ashley Graham gushed to ET that she sent a message to Jennifer and got a reply:

Well, don’t give up hope for getting a prized response from the actress, because ET has been told that Aniston is running her account — and yes, she responds to DMs!

“We’ve been DM’ing,” model Ashley Graham told ET’s Nischelle Turner at the premiere of Aniston and Reese Witherspoon’s new Apple TV+ series, The Morning Show, in New York City on Monday night. “I blew her up. I was like, ‘Hey girl. Welcome,” and she’s like, ‘Thank you!’ and we had a little convo.”

“I’m telling you, it’s real,” added Graham, who was looking radiant in a black, long-sleeved gown which showed off her burgeoning baby bump. “She’s real on Instagram! She’s running her [account.] I love it. Five hours, a million followers — who does that? Nobody, but Jennifer Aniston.”

Now that she’s chatting with Aniston on Instagram, Graham noted that the former Friends star is every bit as loveable off-screen as she is on.

Graham said she was thrilled to be out supporting “my girl” Aniston at the premiere, noting how the project reflected “women supporting women.”

I can’t figure out whether Ashley knew Jennifer before this, or if they’d never met. In any case, I’m sure that Jennifer has help with her account, and an assistant is flagging DMs for her. But, I think it’s cool that she is clearly involved with it. Celebrities know it’s a huge boost to their brand when fans feel like they can easily communicate with their favorite stars.

Ashley sounds excited and happy, which is great. She reminds me of Charlie Puth, who kept his cool when Ellen surprised him with a visit from Jennifer on a recent show. I think it’s fun that Ashley managed to connect with Jennifer and then ended up going to The Morning Show premiere. At least it sounds that way, that Jennifer invited Ashley during their back-and-forth. (On an unrelated, but also fun note, it looks like Ashley was a fantastic Jessica Rabbit for Halloween!)

Still shooting swimwear while pregnant and the only difference is that there is no difference because you can wear any style you choose! 👙👙👙👙👙 new @swimsuitsforall coming soon